One of Capcom’s many gems and a favourite of mine is the Devil May Cry series. I was lucky enough to be able to play and review the special edition of Devil May Cry 5 on the PlayStation 5. To get the formalities out of the way Devil May Cry 5 is produced and developed by Capcom and is the fifth game in the main storyline. Just like the previous games, you follow a simple directive; fight various types of demons the bosses, and finally the big bad. However simple it may seem, the stories told during the game and the sheer amount of smug one-liners and witty banter is always on point for me.

Set five years after the events of Devil May Cry 4, we once again return to our favourite Demon Hunters as they take on the newest world-ending apocalypse. Taking control of Nero, Dante, and the mysterious V, players must fight their way to the top of the Qliphoth; a demonic tree planted by the self-proclaimed Demon King Urizen. This seems like an easy task for our heroes, there is however more going on than they first realize, with many twists and turns.

In classic Devil May Cry fashion, the carnage and stylish action in this game is better than ever as you playing as three characters with vastly different combat styles. Nero with his sword, the Red Queen, and the double-barrelled revolver, Blue Rose, with one change. Instead of his devil arm, he is now equipped with devil breakers. The devil breakers are weapons created by Nico that attach to his left arm, and you gain many devil breakers with various powerful abilities, however, they break easily and often. 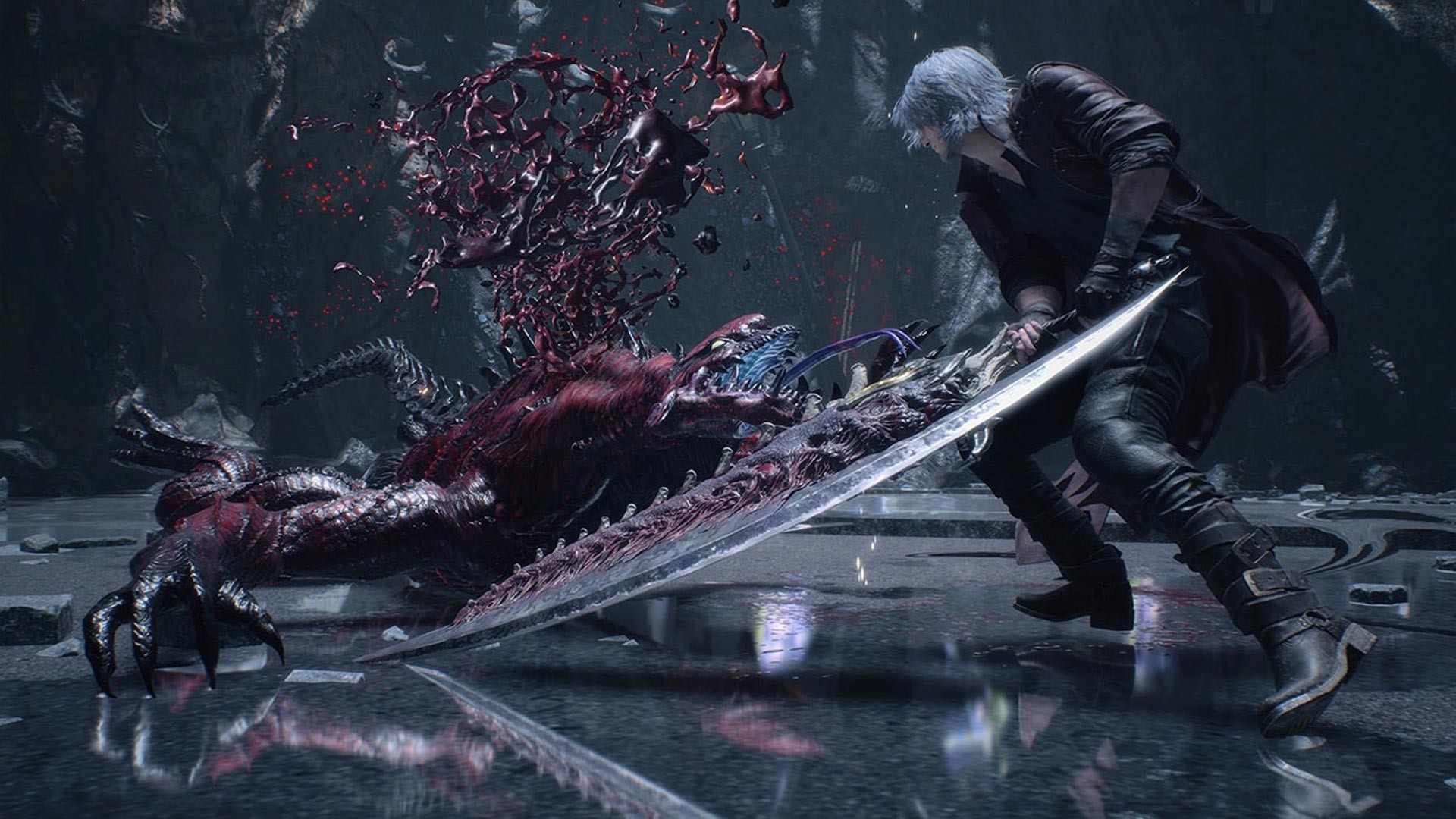 Dante starts with the classics Rebellion, Ebony, and Ivory, along with a shotgun and my favourite weapon, the Balrog, similar to the Beowulf from three but with fire. Along with these, he can acquire new weapons along the way in true Devil May Cry fashion. Accompanying his weapons is his style, which you can switch through at will. The styles are the Trickster, Gunslinger, Swordmaster, and Royal Guard, and switching between these styles adds abilities and a unique way of fighting that only Dante can pull off. Expected, as he is the king of style after all. V has the most unique fighting style, as he doesn’t really do the fighting. Instead, he commands three demon creatures to do it for him.

Griffon is a demonic bluebird that uses electric type long-range attacks and has an Iago like comedic relief. Next, there is his melee companion, Shadow, a panther demon that like its name can move and shift like a shadow, turning into various deadly forms to attack your enemies or ride him like a surfboard. Last and certainly not least is Nightmare, a mud-like golem with one eye that wreaks havoc on your enemies with devastatingly powerful melee and ranged attacks.

Each character is immensely fun to play, and the trick is learning the multitude of combo attacks and special abilities that can sometimes be tricky to pull off as some buttons have multiple uses. I don’t know if it’s nostalgia or just the chaos of it, but even with the tricky combat controls Devil May Cry 5 does not disappoint when it comes to fighting. I had tears welling in my eyes at the beauty of it. The only nit-pick I had was the lock-on system. It was harder than it needed to be to change targets, but when you are lost in the carnage it is easy to forgive.

The thing that I believe ties the Devil May Cry series together is the music, and they did not disappoint in five. From jazz, to rock, to metal, all with that Devil May Cry twist creates a soundtrack that pumps you up and amplifies the already badass tone of the game. With a variety of different areas to explore, from the inside of the Qliphoth to the destroyed city streets, the attention to detail is great, giving a real feeling of destruction on a world-ending scale, making it seem like things will never recover. 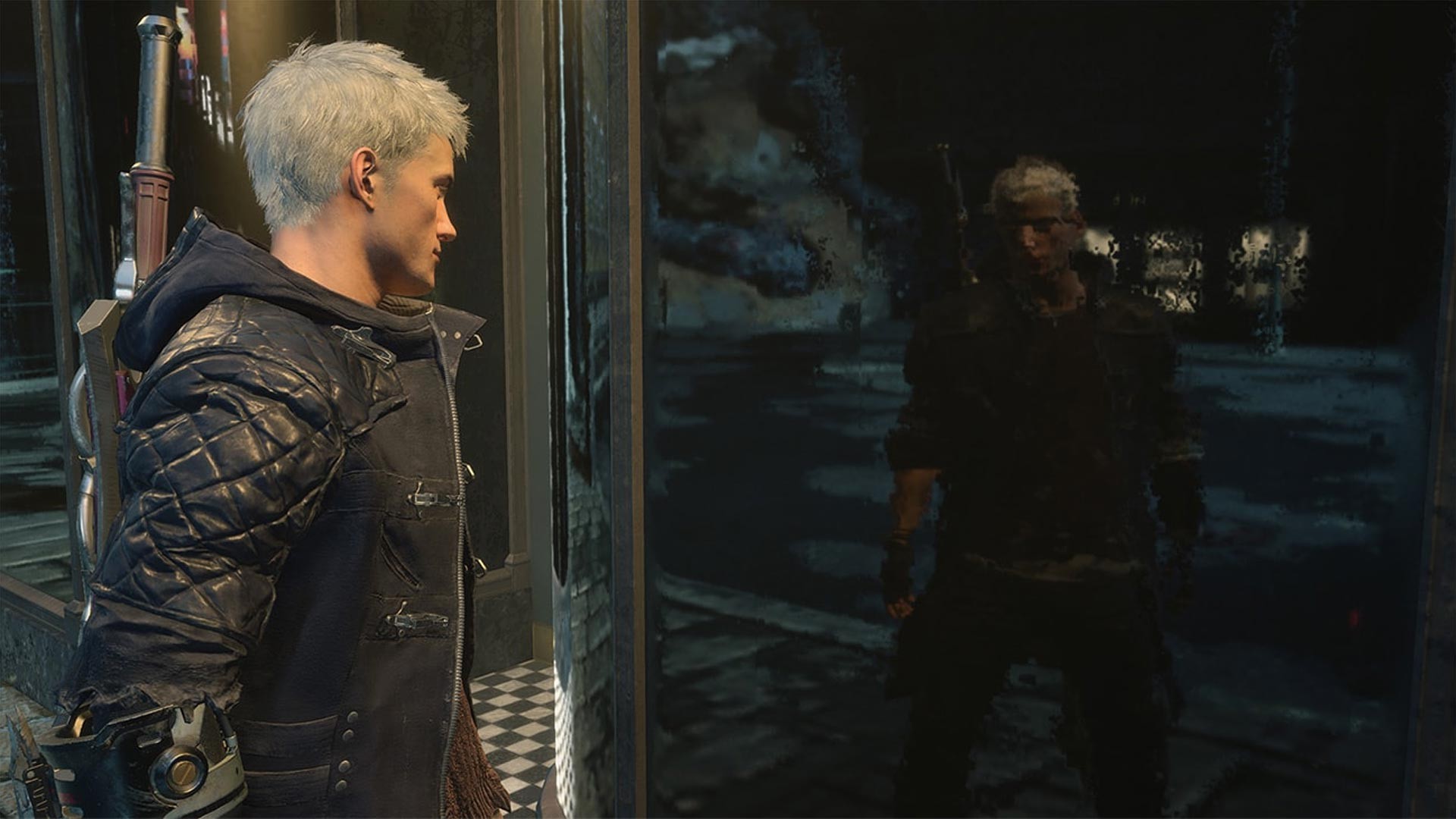 The character designs are top-notch, though I don’t think I’ll ever get used to Dante’s older look from four and five. In saying that, it seemed less of a thing as the game went on, turning into more of an afterthought. The voice work was brilliant with a special mention to Nico’s voice actor; I found it so unique that I just hung on every word.

A few honourable mentions, with Lady and Trish representing the badass demon hunters they are, with a few moments of genuine interactions with each other and the other characters, I only wish you could play as them as well. I won’t spoil it, but prepare for a dance number! One of the many fun little highlights. Being added to the Special Edition is the ability to play as Virgil. I haven’t had the chance to have a full crack with him yet, but what I have adds another interesting fighting style to the game.

Extra modes for this game include The Void, which a training mode to help you learn the controls of the vast number of abilities. The Bloody Palace, where you can test your skills against waves of opponents until time runs out or you fall, gaining extra time by being stylish. Then there is the gallery, where you can check details of characters, enemies, weapons, and items, or check out the art, story, and jukebox menus to look at the concept art, replay cutscenes, or jam out to the DMC tunes.

Devil May Cry will always hold a special place in my heart as one of the best game series out there, that everyone old enough should check out, and for those not old enough, make sure you do when you are able. It’s one of those hack and slash that never gets old and never stops being stylish. 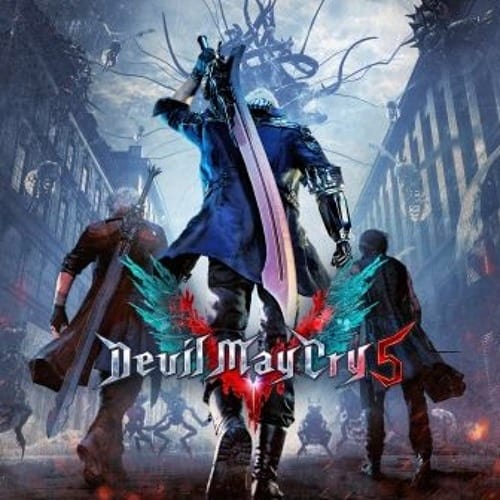 The story is set several years after Devil May Cry 4. Legendary DMC action returns, made all the more stylish by the power modern gaming has to offer. Behold stunning visuals built upon the technology that brought you Resident Evil 7 biohazard. High framerate graphics and flexible design give our creators what they need to offer fans the latest and greatest DMC experience.