By StacefaceMayhem on September 30, 2021 on Reviews, 10 More
close [x]
Tweet
No Comments

June 29th, 2000, the release date of the original Diablo II on PC, yep, I was 13 years old. Little did I know the games I dabbled in back then would thrust me into something I love so much 21 years later. Although I wasn’t a PC gamer back then, I now have an appreciation of games and where they come from especially the illustrious Diablo series.

Now after my obsession with Diablo III has long been satiated, developers Blizzard, have finally brought us ‘Diablo II: Resurrected’. A labor of love for the Diablo series, the hard-working team at Blizzard has remastered this timeless, classic RPG for people to rekindle their love all over again.

The narrative centers around you a central adventurer with skills of your own as you track down a dark and mysterious wanderer, releasing hell and brimstone down of towns as he passes through them in the magical land of Sanctuary. Along with the destruction of the land, this strange wanderer brings demons and spawns of evil with him as they wreak havoc. The Prime Evil, Diablo, is up to something along with his devious brothers in arms, Mephisto and Baal. It all comes back to you like an epic blast from the past. The cut scenes are so cinematic you will be blown away. This will be the first thing you notice as you load up the game, just the pristine clarity and detail in each scene is breathtaking. Running at up to 4K Resolution on PC, the graphics have been completely overhauled, and even on the Xbox Series X, all environments, creatures, spells, and even fire textures have been rebuilt from the ground up. When compared to the older version the clear difference is like two different games. The graphics are just that impressive, I just wish there was more detailing added because compared to Diablo III it just left me wanting more from it.

With 5 main classes available; Amazon, Barbarian, Sorceress, Druid, and Paladin, you will find the Assassin and Necromancer as a release bonus. Thank god, as Necromancer is easily my favorite class. The story and gameplay are the same classic tale we know and love; gain abilities and gear, power these up, or swap them out for better ones to take down hordes of the demonic. It would have been nice to see a reworked map, something I found tedious compared to Diablo III as it was at times painful getting it up and running around underneath it and the gear wasn’t frightfully impressive to look at despite some downright rad stats.

What has been reworked though are the ladders for season progressions, the stash, and the user interface. This means now you can store more items in your upgraded private stash at the base and also the character stat page and item comparisons are a lot cleaner and user friendly. This is a problem a lot of retro games had with menus so it was a joy to see it simplified.

Totally unexpectedly, I was shocked at how fabulous the music and atmosphere were. The music slapped hard, with drums and guitars delivering bangers as you battled demons from below. The atmospheric background noises of murky dungeons and creepy forests also fit the theme too appropriately and sets every and every scene’s mood perfectly. The game offers both online and offline play, a solo journey, or with a private party of up to 8. While I didn’t have much trouble playing online on an Xbox Series X, the internet is rife with PC players angry over online server shutdowns and boot outs. More sneakily, Blizzard has also decided to quietly remove peer-to-peer multiplayer meaning no LANs and the constant need to be on battle.net. Something I loathe the idea of. It’s diabolical that companies try to lock consumers in but hey that’s the future sadly.

Diablo II: Resurrected also boasts all the extra content of old too with expansion Diablo II: Lord of Destruction and cross-progression so your saves can cross no matter what platform you choose as your weapon against the demons of hell.

In summary, Diablo II: Resurrected is an excellent blast from the past and is hours and hours of fun with its base game, let alone all the extra content that comes with it. While it looks all shiny and new and I’m sure old fans are gagging, I couldn’t help but have an ongoing niggling feeling like it felt a bit flat with how much was optimized. Typical of Diablo though, the banging music and gorgeous cut scenes made it well worth the wait. 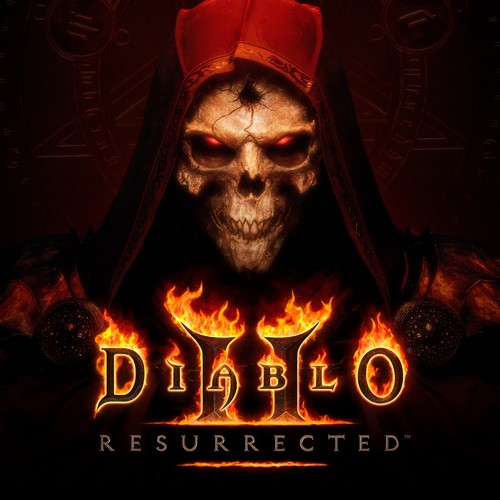 ursue the mysterious Dark Wanderer and fight the denizens of hell as you uncover the fate of the Prime Evils Diablo, Mephisto and Baal, now in all-new 3D graphics.