By Mathew Lindner on February 5, 2020 on Reviews, 3 More
close [x]
Tweet
No Comments

Every year there are a few games that sneak under the radar, with developers keeping them relatively quiet until they’re just about ready to drop the BETA. A small announcement here, a character design leak there; nothing really solid until one day, a code slides across your desk. For me, ‘Disintegration’ is one such game, and I was lucky enough to be able to take part in the closed technical BETA.

Developed by V1 interactive, and published by Private Division and Take Two Interactive, Disintegration is a new, first person shooter that puts the player in the pilot seat of a weaponized grav-cycle, and in command of a small force of specialized troops. Players will be able to hover above a variety of beautifully created worlds while sending their small team to take control of objectives, or recover stolen technology.

Even though it was a technical BETA, the game itself looks fantastic. The worlds are beautifully rendered, with buildings scaling better than almost any game I’ve come across. War torn cities are being slowly reclaimed by nature while highly detailed character models are jostling for control. Each of the 7 available factions are truly unique, ranging from crazed clowns to noble knights, the different forces reminding me of the models from the tabletop game Infinity. Each faction has their own specialized troops, while the player gains access to different weapons and support systems. My personal favourite were the King’s Guard, where I had control of a powerful rail-type weapon, ideal for sniping away at enemy players. 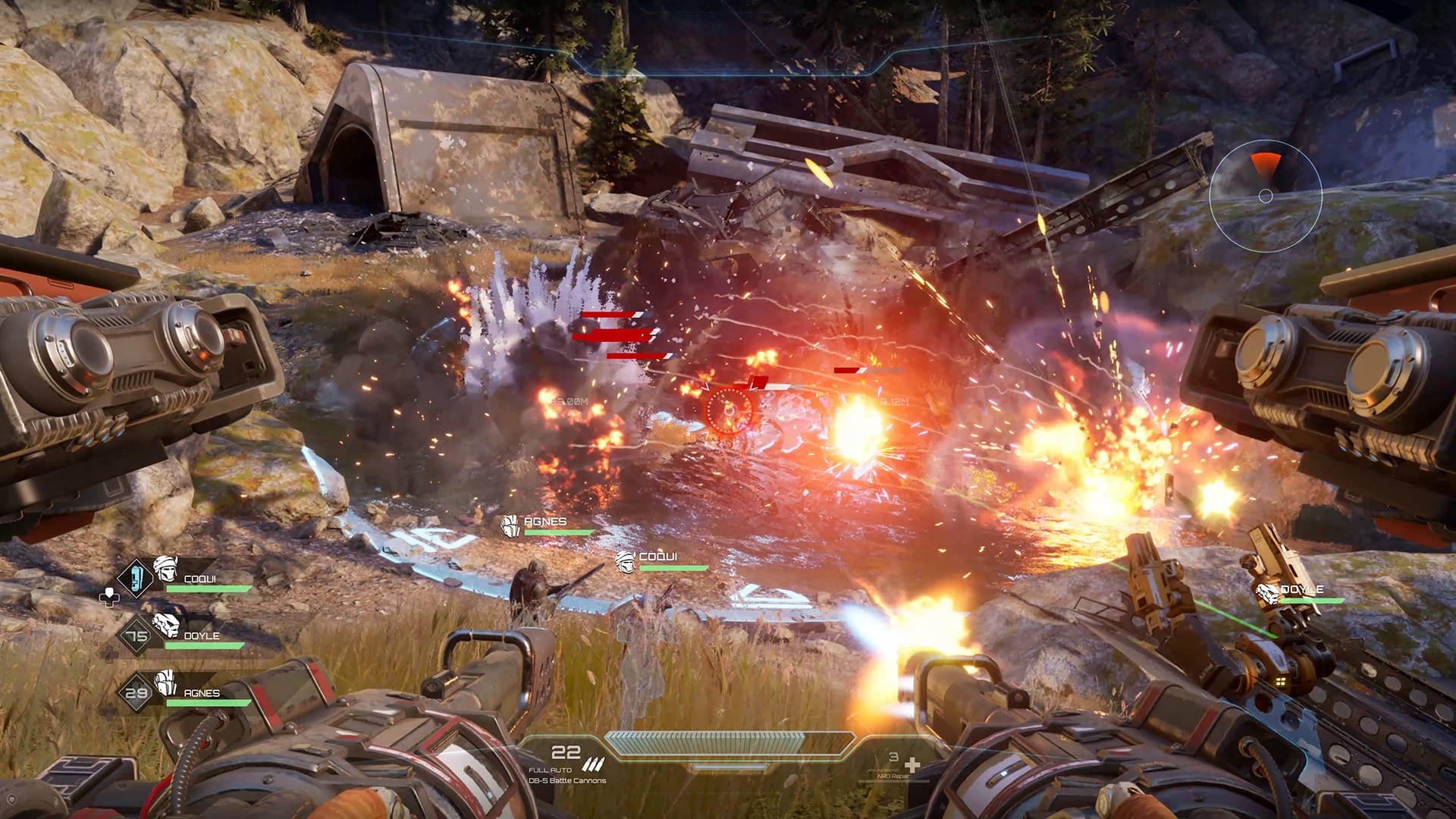 At this point in time, there isn’t really a way to customise your bike or your crew, aside from picking pre-determined set ups. I do hope that when it’s released, or shortly after, there will be a progression system that allows you to change aspects of your team, or mix and match weapons and support systems to meet your own play style. The chaotic look of the Warhedz really appeals to me, but I much prefer the weapons systems used by the King’s Guard. Something like this, in my opinion, would really help the game to hit the ground running and keep players interested.

Controls at this stage are easy to master. Unlike some games where you control your forces through a combination of buttons, Disintegration has a “one button does all” policy, making orders incredibly easy to pull off mid-fight.

Controlling your grav-bike is equally as easy, following the normal set up for damn near every other FPS out there. The only real difference here is the left, top most buttons on your controller that allow you to change your altitude, ducking and weaving to avoid enemy fire. 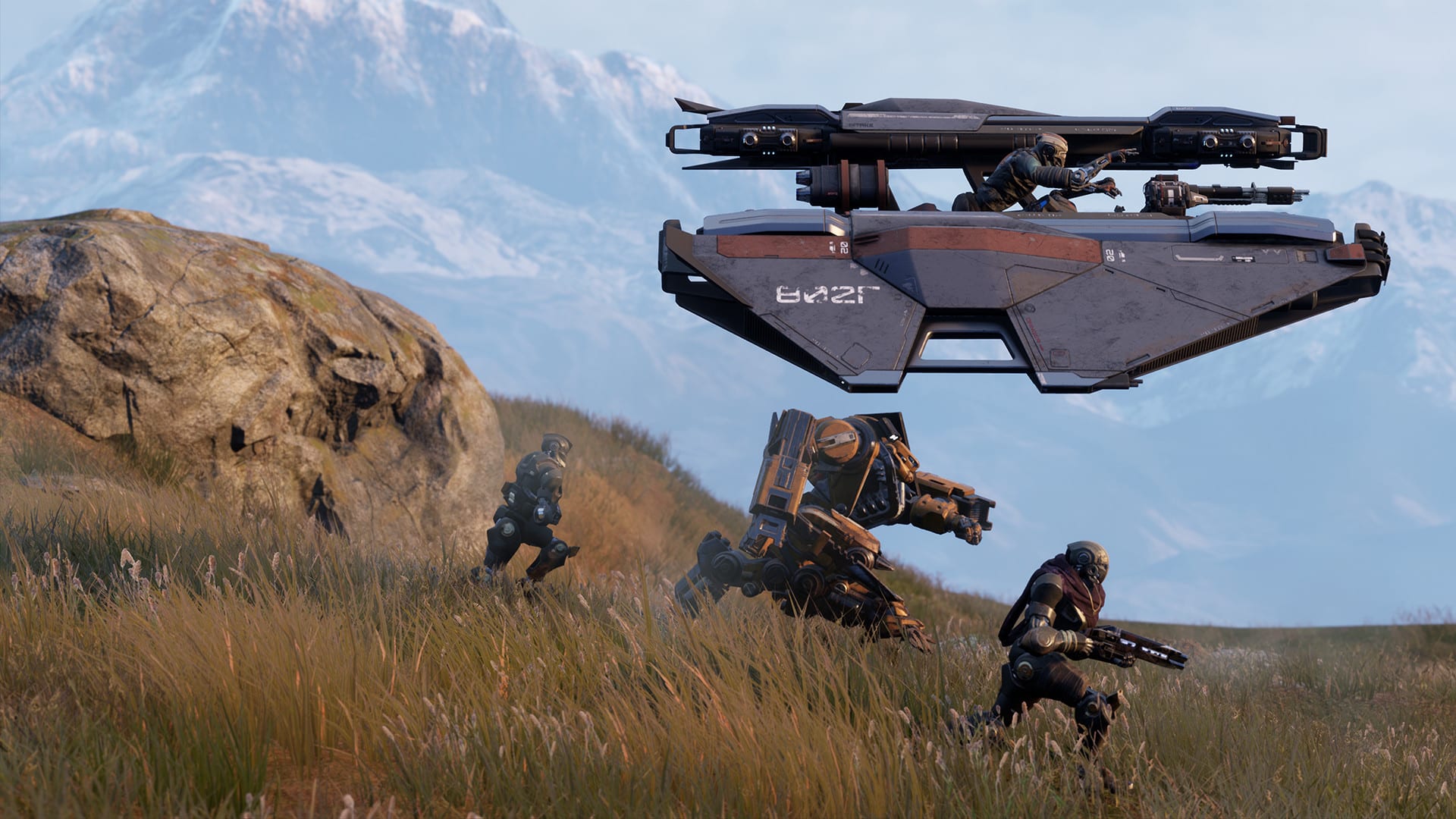 Unfortunately, Disintegration feels a little like ‘Hawken’ when you’re playing. While you control a sleek looking hover bike, movement is really quite slow, save for the occasional boost you can use. Games were hard to come by and at this point in time, made up of game types we are already used to; Control points, or capture the flag type games were all I was able to get into, and I found that most of the time, players would all bunch up near an objective while blasting away at each other in a stalemate. Given the size of the maps, as well as the slower speeds you move around at, I would hope that there are plans to bump up the number of players on the field at any given time. Five versus five games leave a lot of the world open, and players generally going for the one objective as a whole.

I love the idea behind Disintegration. The last combat game I played that required a player to control teammates was Ghost Recon: Wildlands. While this was certainly easier to control than some other games, Disintegration smashes it out of the park with its “one for all” control style. Sure, there are a few things I would like to see when the game comes out, but there is certainly enough for me to want to keep an eye out for its release. 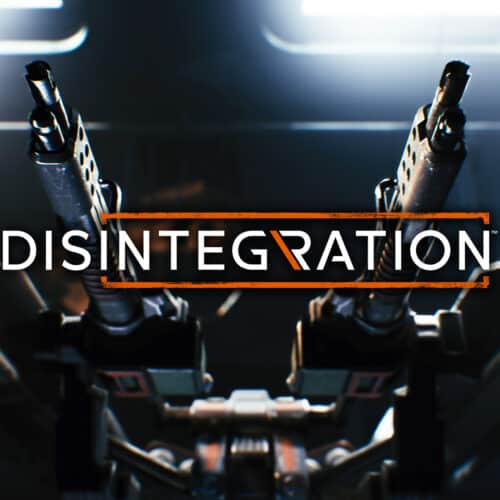 Disintegration is the debut title from V1 Interactive, the independent development studio co-founded in 2014 by Marcus Lehto, former creative director at Bungie and co-creator of Halo.