Dog Duty brings a fun and energetic atmosphere with its squad of misfits, hell bent on saving the world from the maniacal Octopus Commander and his army of Octo-Soldiers. From the tongue in cheek humour, to its top-down real-time tactical action, Dog Duty brings a fun romp into its open world to explore and liberate.

Whether exploring on foot or driving customisable vehicles, each with the ability to attach a variety of manned turrets, you will be sure to lose yourself in this world’s simple story and get straight into the action.

With its simple controls, gameplay is solid and the first tutorial will have you easily using the starting characters with either keyboard or gamepad. Players will be able to control their squad as a whole, or take charge of the individual members, with each having their own unique playstyle that can be used to overcome your enemy. 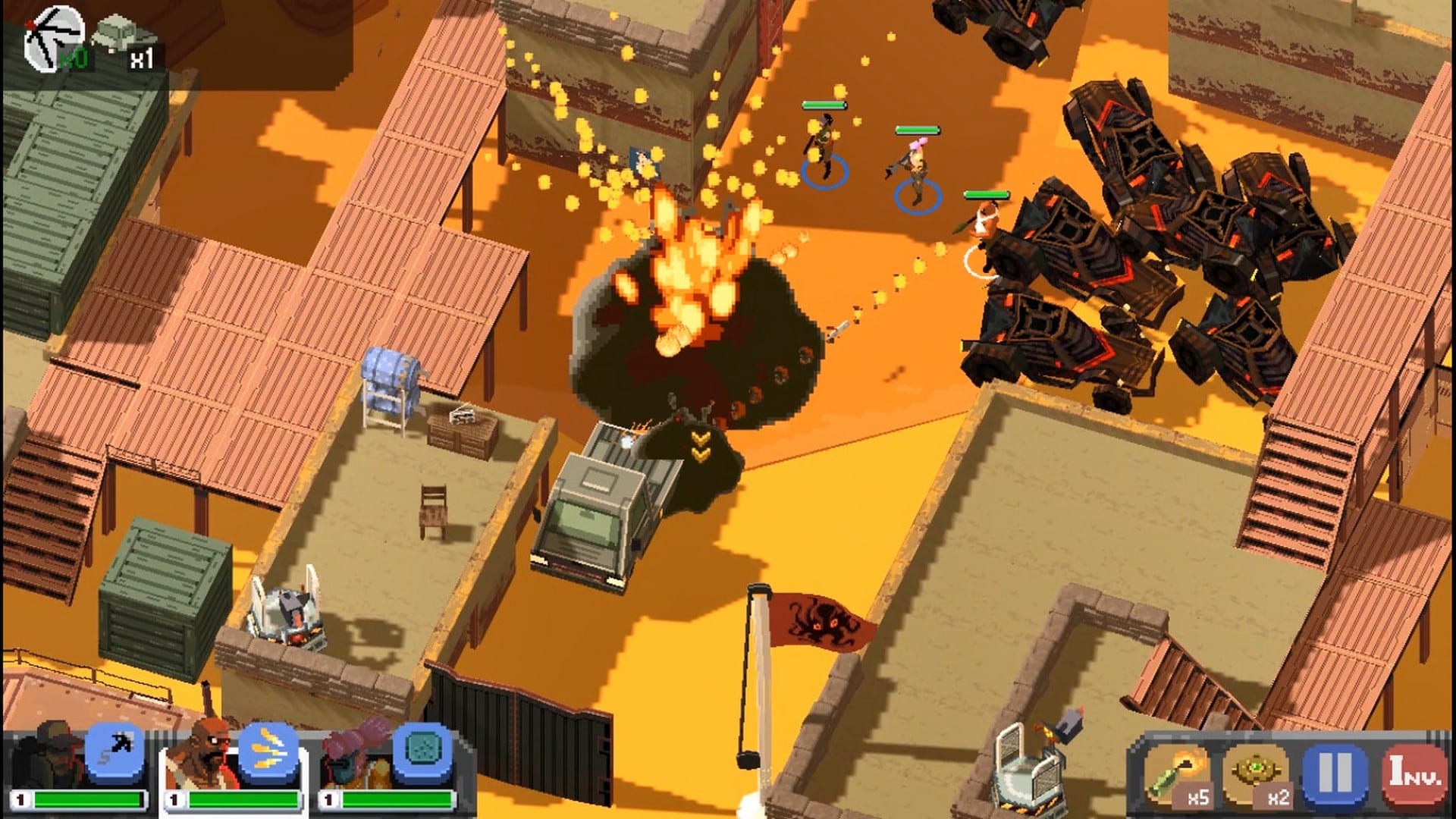 Aside from this, and once you wrap your head around the vehicle controls, Dog Duty feels fairly well polished. The upbeat soundtrack helps keep the game moving, complementing the action and atmosphere of the games overall premise.

Overall, Dog Duty gives players a diverse world that can be explored, with a range of unique characters to use, vehicles to control, and a fun romp that you can lose yourself in for hours at a time. Players can look forward to diving deep into the games simple story and world. 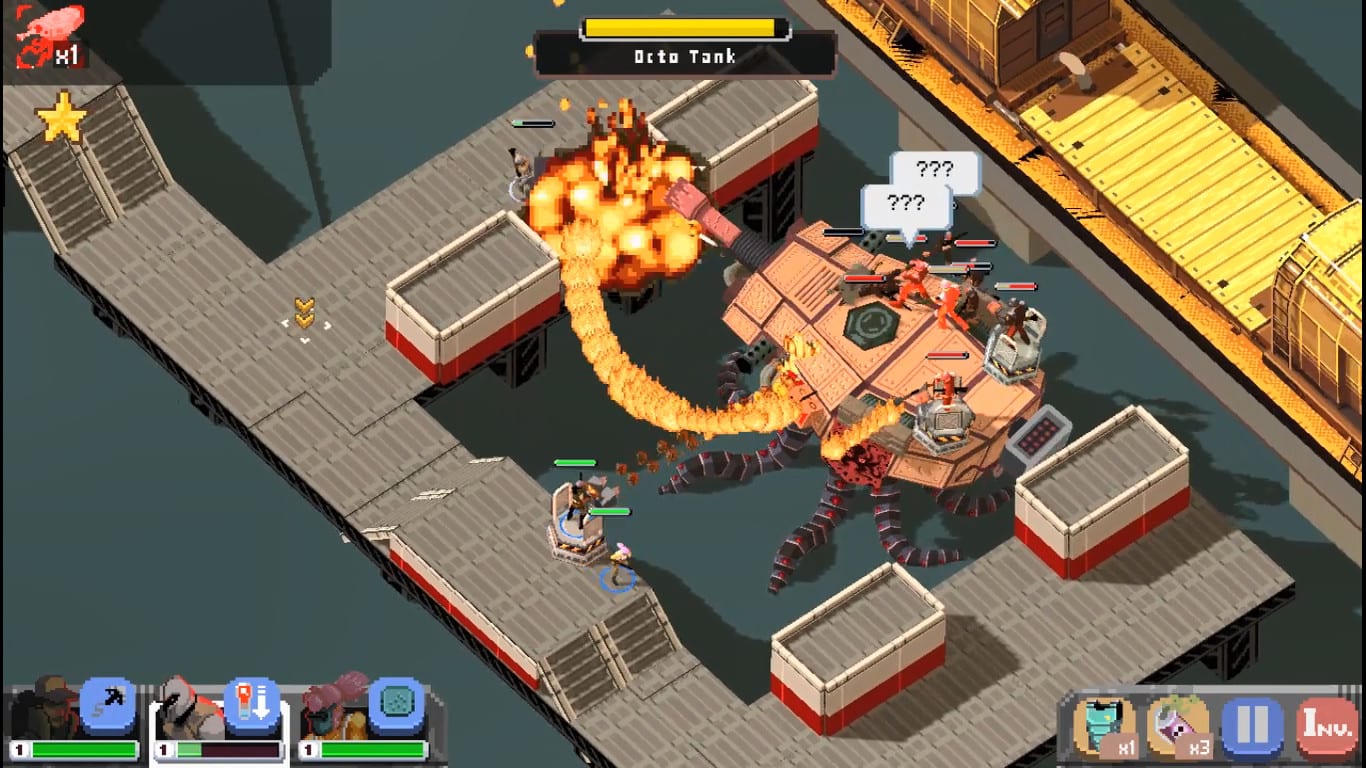 With the latest update, vehicle combat has been brought up a notch, with the road battles receiving a huge improvement with the introduction of Tank-Mode. Not only have the controls been made more clear for keyboard users, but when players encounter enemy vehicles on the open world map, they have the ability to activate a small mini battle scenario. In this mode, players can battle those enemy vehicles and the henchmen that try to board your ride – Think Mad Max, but with more guns, explosions and flamethrower turrets.

Other details in the latest patch are the various layout changes to a number of locations and the addition of a helicopter crash site. Players will also notice a revamp to all AI reinforcement vehicles, as well as a revamped soundtrack added to the game. With the games release imminent, the developers have been working hard, listening to feedback to bring you, the player, the best experience possible from Dog Duty. 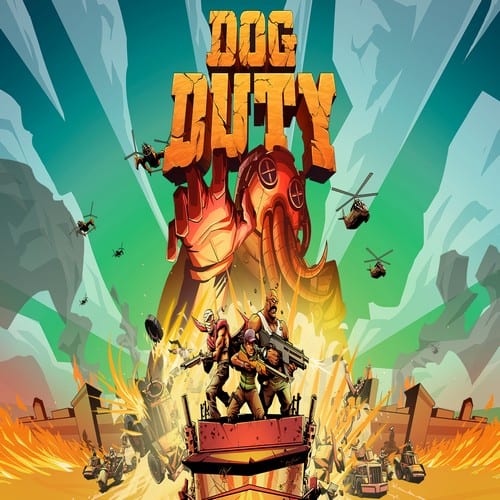 Published by: SOEDESCO
Developed by: Zanardi and Liza

As some evil bigwig Octopus Commander and his army are threatening world-peace, it’s up to you and your squad of misfits to eliminate that octo-scum. Liberate outposts, defeat bosses and wreck these wicked squids up, but beware, they’re well-armed.