Doom is one of the most recognised and beloved gaming franchises of all time, and after almost 2 decades since the original game, id Software has rebooted the franchise.

Single Player throws you straight into the action with minimal tutorial training given. The game expects you to know basic FPS controls and lets you go from there, which is very familiar to the very first original ‘Doom’ from 1993. It throws you straight in, gives you a gun and says “Here you go kid, kill me some Demons!” with no real clear motive as of why you are there.

Doom is definitely a shoot first ask questions later kind of game. Compared to Doom 3 (which in this reviewer’s opinion became a horror survival changing what we know of the franchise) we are back to the basics what we loved in the original. This style has now finally been adapted for next gen standard gameplay and graphics. The story arc isn’t really a crucial focal point in the game and can be easily skimmed over as you can get caught up in the action. At times you even forget the underdeveloped story it tries to present to you, as many AIs attempt to explain key plot points, you can simply choose to ignore them walk on by and keep shooting to hell and back. At times you will actually want to revisit the day’s events because most of the story content is hidden away within the game’s inventory. By doing this you have access characters bios, current objectives and past events to keep you up to speed. I found this neither inspiring nor dreadful, it’s just really up to the player on what direction they want in their gameplay. I’ve mentioned the shoot first ask later approach, but the game does offer the ability to run around exploring and finding all the secrets hidden within its well mapped out levels. This new instalment of ‘Doom’ clocks in at 8+ hrs of basic campaign playthrough with replay value, which isn’t unreasonable compared to most standards today. Much like Wolfenstein and many games before, the amount of Easter Eggs that are on offer make the replay, fun and value for any hard-core fanboys and fangirls. For an example in one such moment it was nice to separate some of the blood and guts with something unexpected like seeing a little DOOM GUY doll just glancing off into the distant chaos.

Multiplayer throws you right into a classic feel with gameplay similar to the likes of ‘Unreal Tournament’ or ‘Quake’. Running and gunning, fast paced and fun matches make for a very enjoyable and surprisingly relaxing experience as you just blow away enemies and friends alike. Keeping with most current new gen shooters, you have the ability to customise characters, unlock armour and weapons making your characters unique to masses or blend in with the horde. The armour set feels like it was taken out of the pages of ‘Halo’ being very similar to the iconic Spartans with customization being very in-depth such as scratches, dirt and colours. And as the multiplayer plays on, not much varies from the beta, other than barely noticeable rebalancing of some weapons.

One of the other mode within Doom is “SnapMap” This well fleshed out map creator feature, popular in most modern games, runs with unique setups. At times the camera controls feel a bit clumsy, requiring you to balance it out or switch between views and angles. It has a tutorial mode, which isn’t necessary as it has very basic mechanics, although I do suggest doing them as you may want the helpful advice offered before you can test your skills while having fun with puzzle modes. It’s all a great learning curve to understanding the mechanics of making your own maps, challenging friends, being part of a team or even killing demons on your creations. You could even recreate some of the original ‘Doom’ levels if nostalgia is what you are after. The graphics are impressive with crisp, smooth frames. Every detail stands out but also blends perfectly together within the environments. This rebooted ‘Doom’ kept to their retro yet futuristic vibe visually creating a hybrid of old school 90’s meets 2016. You can watch dust particles float in front of your face, flames flick from burn barrels, streams of steam whistling out of pipes that add those extra touches to already visually stunning environments. Even the lighting that glimmers off cave walls adds another layer of dimension to the world.

The audio is atmospheric with scary yet action packed beats cranking out from the moment you are in the menu, to when you are jumping feet first into hell. Sound effects fully immerse you, with crackles of electricity, whistles of the wind and howling as you step from inside to outside terrains. The game had minimal graphical loading glitches, however at times experienced trouble jumping between areas or reloading up a checkpoint. It can be slow at first rendering in detail, which is a common occurrence with detailed environments in most games.

So overall verdict? I found in whole the gameplay was smooth and fast flowing storyline. Controls are quick and responsive. Despite a few glitches, it’s immersion into the environment is perfect for an FPS. You literally load up the game, no tweaking of controls is necessary, unlike most shooters. Picking up ammo, armour and health is as easy as running over a freshly killed demon or oppositional player in multiplayer. Monsters spawn constantly in your direction and can be pumped full of lead at considerable rate. THIS is what ‘Doom’ should be.

The game doesn’t rely on a strong plot but rather replay ability and challenges. I enjoyed trying to get gold medals like the original, with a scorecard at the end of each mission. Both campaign and multiplayer balance and align with each other very nicely. If you’re a fan of most sci-fi FPS, but definitely and of course the ‘Doom’ franchise this is unquestionably a game to add to your collection. 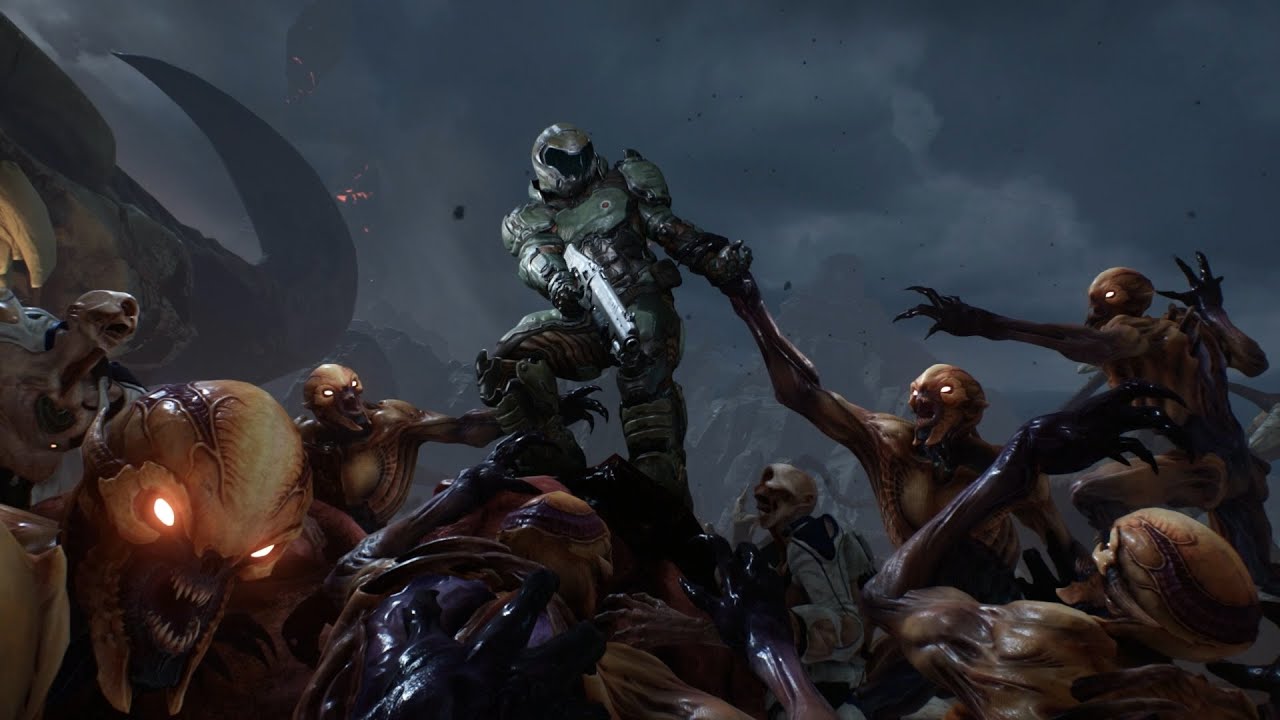 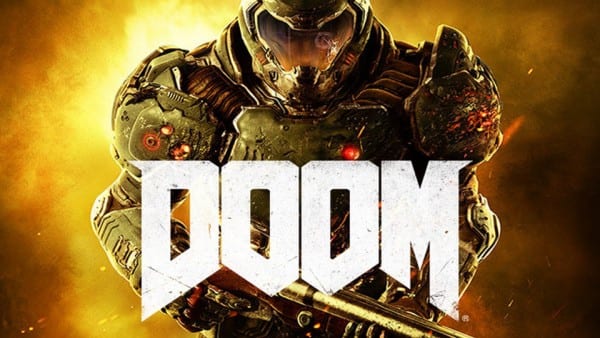 There is no taking cover or stopping to regenerate health in campaign mode as you beat back Hell’s raging demon hordes. Combine your arsenal of futuristic and iconic guns, upgrades, movement and an advanced melee system to knock-down, slash, stomp, crush, and blow apart demons in creative and violent ways.