Since the very first manga titled ‘Dragon Ball’ by Akira Toriyama, released all the way back in 1984, the Dragon Ball franchise has seen many adaptations from the highly successful and multiple anime series, to video games in various genres and on various consoles. Now we have movies, action figures, all kinds of merchandise and most recently the lead character Goku, even becoming the official mascot for the 2020 Olympic Games in Tokyo. Dragon Ball is a legendary franchise that has truly stood the test of time and Dragon Ball Z: Kakarot is the latest instalment published by Bandai Namco and developed by CyberConnect2.

Dragon Ball Z: Kakarot is a unique retelling of the Z series of the anime, focusing on the major stories from the Saiyan Saga to the Majin Buu Saga and even including some memorable moments from some filler episodes, such as Goku and Piccolo attempting to get their driver’s licenses. In this RPG game, set in a semi open world, players will take control of various playable characters including Goku, Gohan, Piccolo, Vegeta and to explore many familiar locations and encountering many familiar faces; sometimes even from the original show. Almost all the character voices that fans have grown up with are featured in this game and are available in both Japanese and English. 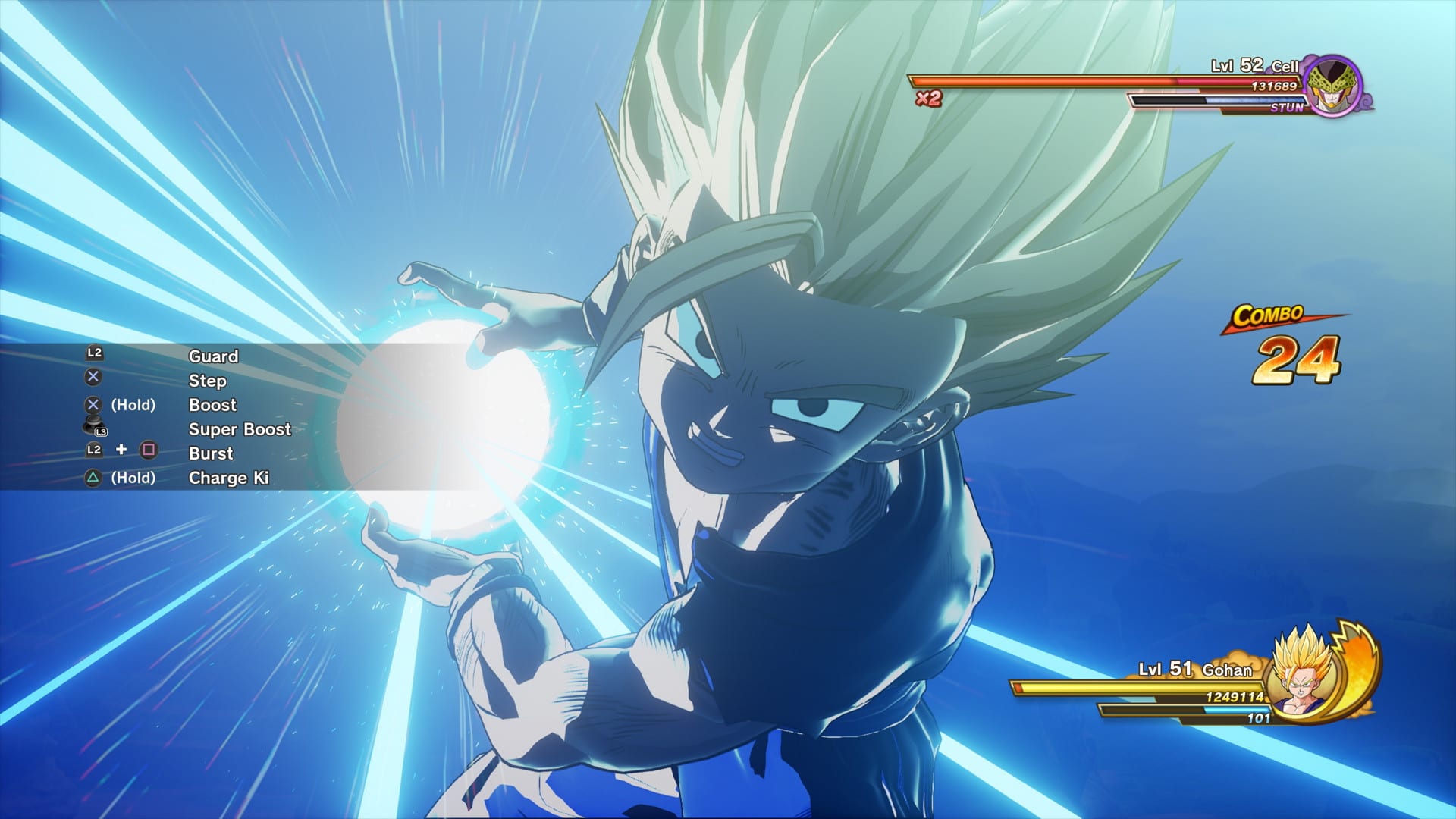 Beginning the game as Goku, players will experience quite a few tutorials on how to play the game. Tutorials will appear quite often throughout the game which may become an annoyance, especially while in the heat of battle. Players can also explore the world by riding on Nimbus, a super-fast cloud allowing you to fly around to get to your destination, find side quests, search for collectibles or fly through rings (which is a little reminiscent of the infamous Superman 64 game). After learning the basics of exploring your surroundings and how-to fish using a fake Saiyan tail, the real fun begins with your first battle; sparring with the infamous Piccolo.

The combat system is quite similar to the Xenoverse games, but a bit more simplified. Players will be able to brawl, shoot energy blasts and dodge at super speeds, creating the feel of being in a fast paced and hard-hitting battle, which the anime series is best known for. You’ll either be battling solo or an NPC will assist you against one or multiple enemies. Facing one enemy is more ideal as its easier for the camera to focus on a single threat, while taking on more than one opponent seems to confuse it and making it difficult for players to see what’s going on, often leaving them open to attacks. A frustrating experience at best. 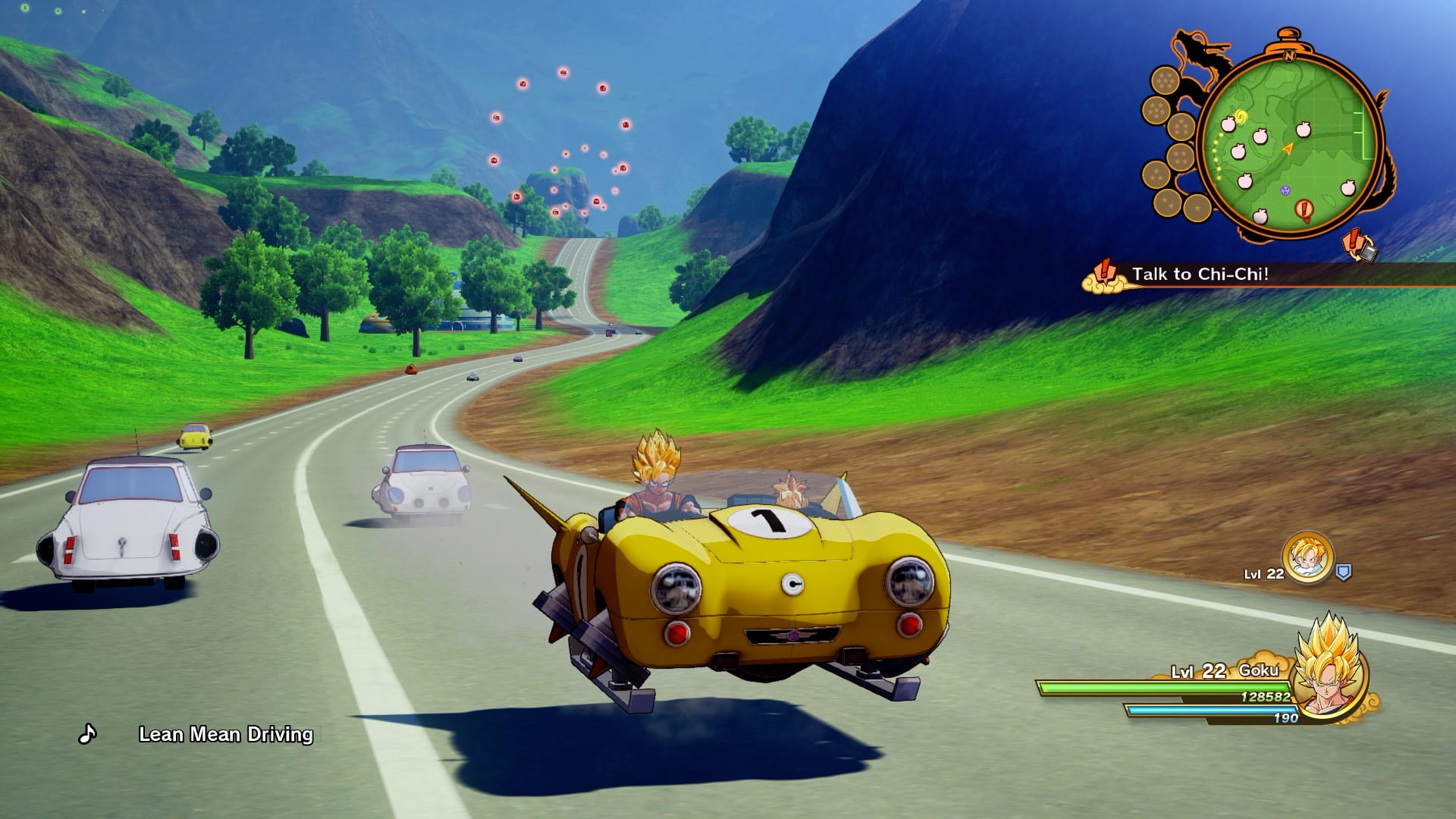 Just like the show, enemies will become stronger and more challenging as players progress through the game, so levelling up your characters is crucial. The levelling up system is pretty standard for most RPG games. While it is possible to defeat higher level enemies by barely levelling up your own, players will have to play really smart and have a lot of patience since the battles will take a very long time. Raising your character’s levels is ideal and essential in order to take on the tougher opponents later in the game. The quickest way to level up is by exploring and encountering random battles or doing side quests, which often involve random battles. Unfortunately, this forces players to grind quite a lot to level up and keeping them away from the main story for ages, although this can be very rewarding when you finally are able to defeat a boss character. The more battles players come across, the more repetitive it can feel. Especially with characters constantly repeating the same lines of dialogue during a fight.

The cell shaded graphics of the characters make them appear like they were taken straight from the anime series. However, the environments and backgrounds are a bit more realistic looking. As good as they might appear in the game, they really do feel out of place with the cell shaded style of the characters living amongst it. On the plus side, the destructible environments during battles actually react to characters being slammed into them or energy blasts tearing through them, which add the thrill and excitement of the epic fights.

While, there are better Dragon Ball Z games out there to play, Dragon Ball Z: Kakarot is still a fun and enjoyable experience overall. If players are willing to grind through the game and level up their characters, there will be plenty of moments that bring back memories for any fan of the legendary Dragon Ball Z franchise. 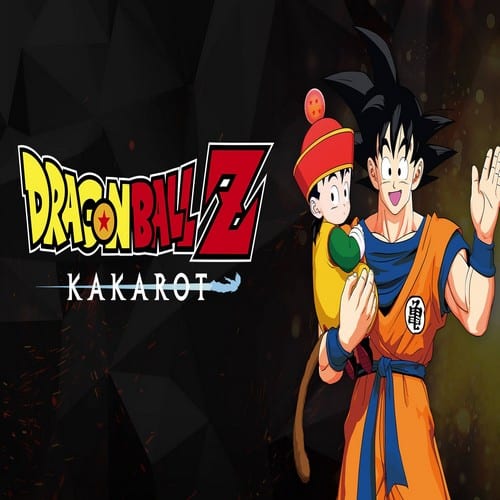 Relive the story of Goku and other Z Fighters in DRAGON BALL Z: KAKAROT! Beyond the epic battles, experience life in the DRAGON BALL Z world as you fight, fish, eat, and train with Goku, Gohan, Vegeta and others.