Anything with dragons you have me sold. Spyro, Check. Dragon Age tap it to my veins. Skyrim, heck I have been the Dragonborn for 500 plus hours over four different platforms.

I just love all things medieval, and everyone at the MKAU house knows that RPGs are well kind of, my jam.

Released in 2013, by the illustrious Capcom, ‘Dragon’s Dogma: Dark Arisen’ and its open world has always been on my bucket list to play, but like every other soul on this planet, the time has eluded me, and with RPGs you certainly need A LOT of time. Well, it is six years later now, and I am joyed that it has been ported over to the Nintendo Switch, a console I’d rather curl up and play this game on like one of my favourite, fantasy books. A shadow looms down on the mythical, medieval land of Gransys and you just known this is a bad omen of things to come. After an in-depth customisation, (or you can be lazy and pick a default build) your village is attacked by a fearsome dragon with a godly presence. Hell bent on perusing you, he tracks you down to the beach and unbeknownst to everyone plucks your beating heart from your body. To my own shock horror as the audience, we survive this event, being aptly called The Arisen. The need inside to hunt down this Dragon is insatiable, but is there more than meets the eye to this Dragon and what are his motives?

Gameplay kicks off from the beginning of creating your character as you choose from 3 classes; Mage, Strider or a Fighter with more branches being added throughout. Being an RPG your character levels up from experience during combat and completing quests. Stats are driven by the gear you equip and the weapons you wield, effecting your typical role-playing elements such as damage, amour level etc.

Dragon’s Dogma: Dark Arisen Combat is very Witcher 3-like with the buttons mapped out to heavy and light attacks, jump and an option to even grab. You can swap between two weapons depending on your class, so in my case as a Strider a bow and dagger combination. The opening boss fight is quite memorable as you are guided into the quite strategic combat on a Chimera as you climb its body to target one of its many heads. The mechanics of certain creatures require quite a lot of finesse and are very dynamic, making me often ditch handheld mode for a TV and pro controller combo. The use of dual sticks does mean at times it is even more challenging as you slightly tackle to cameras to see what direction you are invisibly being hit from. Complimenting the challenging combat is the use of pawns. Pawns are minions that can be summoned to help in the fights along your journey. Even these can be customised to your gameplay. Need someone to heal the party or lob fire balls then deal a mage, need arrows to rain down from a distance build a strider or just a straight up brave arse warrior, the choice is yours. These pawns can even be summoned by other players too offline, levelling up and even earning experience for yourself.

Dragon’s Dogma: Dark Arisen has a multilayered menu, which thankfully is easy to navigate and lets you save at any time, a feature I prefer. This is utilised to manage the vast number of items you can pick up during gameplay, this is an RPG after all. Items such as potions, armour, ingredients and materials are strewn throughout the world. The can be combined to create new and better items, which you will have to do often as you do have an encumbrance limit. The graphics are very Skyrim-like, not polished especially on the Switch but still very beautiful at times and very atmospheric with that solemn Dark Ages feel. The cut scenes are fluid and certainly fun to watch as your customised character is portrayed perfectly, nothing is more satisfying than seeing your own creation in a cut scene. While cutscenes looked fabulous on the TV, I found general play out in the world was better in handheld mode, where details weren’t as stretched across the screen.

Don’t let the odd opera music at the title screen deter you, this game is a wonderful medieval tale that I couldn’t put down. It is atmospheric and challenging and although the story isn’t completely fine tuned it is solid enough to have me invested in how it ended. Dragon’s Dogma: Dark Arisen is a pleasant surprise and one that fit perfectly into my Switch collection. 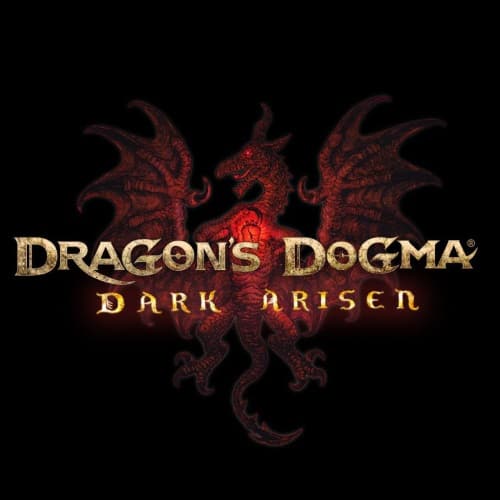 The next chapter in the Dragon’s Dogma franchise delivers a huge brand new area, missions, enemies and more, plus all of the content from the original game.