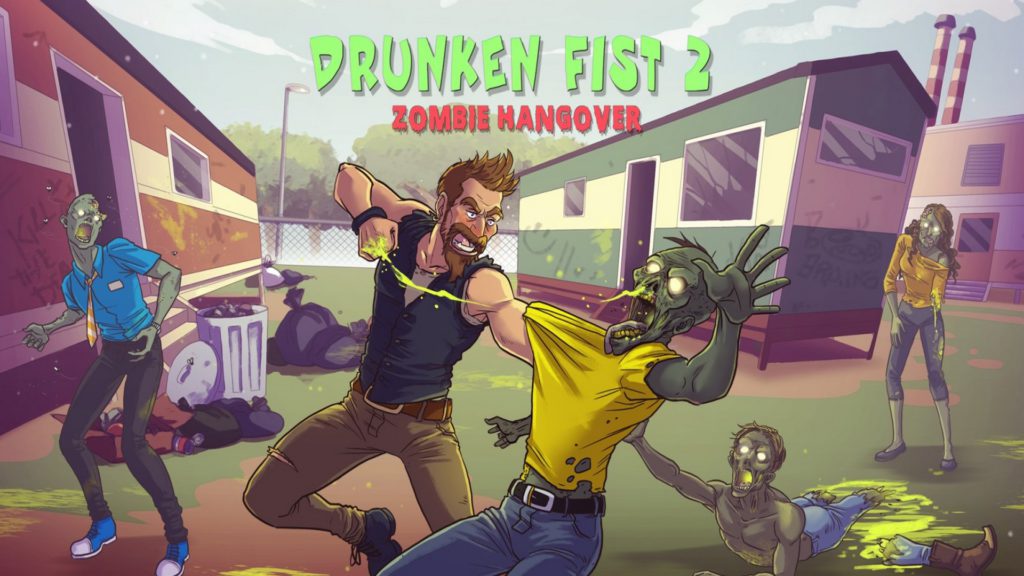 Not to be confused with the Chinese martial art popularised by Jackie Chan in the classic Drunken Master movies, Drunken Fist 2: Zombie Hangover is the sequel to Drunken Fist, released in 2019, and published by EastAsiaSoft and developed by DEKLAZON. The original game was panned by critics for its sloppy gameplay mechanics, constant glitches, and just about everything else about it. Instead of drunkenly fighting random street thugs, players will need to utilise those skills (or lack thereof) against a zombie invasion. The big question is if the sequel can improve on everything or become a rotting corpse, like its predecessor.

The very basic and straightforward story takes place in a suburban town where players will take control of an unnamed protagonist. Waking in his trailer after a hangover, he finds himself surrounded by zombies. How did this all happen? Well, he’s still too drunk to find out the truth, but he will not let any zombie stand in his way in his quest to find bottles of beer scattered around town.

The game has some very well-crafted western-style art for the title screen and a very brief opening sequence, but the intentional low poly graphics in-game don’t reflect that. Low poly graphics don’t necessarily make a bad-looking game, as Minecraft is a perfect example, but it still doesn’t feel like there’s much to look at in Drunken Fist 2: Zombie Hangover, as players progress through various locations in the game. 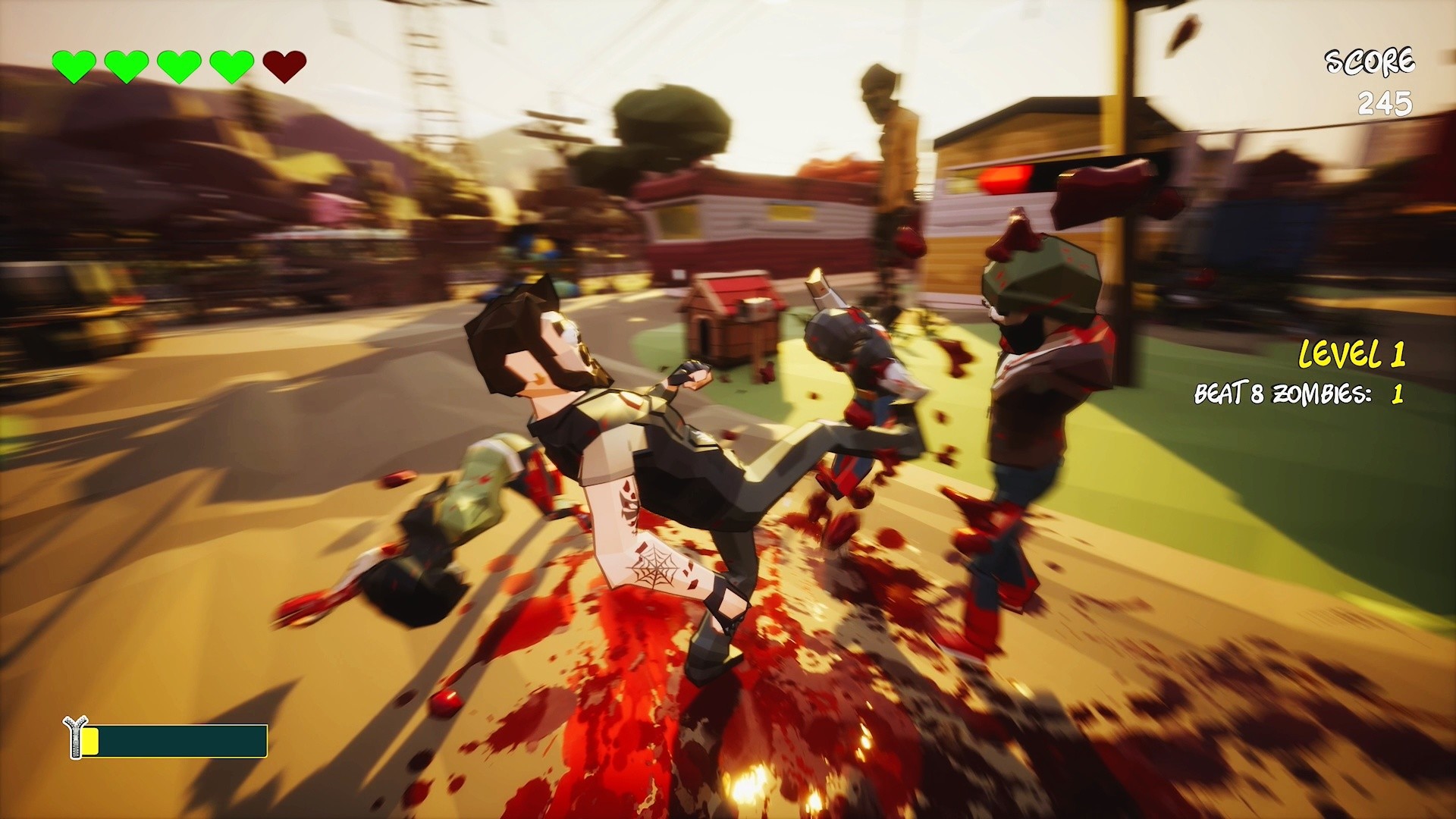 For the main character’s design, it couldn’t be clearer he has a rebellious personality with total disregard for himself based on his somewhat biker-like outfit, with torn sleeves, fingerless gloves, and anarchy symbol painted on his back, and it’s a bit amusing seeing this part of American culture being parodied. His fighting ability is very all over the place, which is of course explained by his drinking habits. Players will sluggishly brawl their way through hordes of zombies, throwing haymakers, roundhouse kicks and sweeps, and even picking up certain items to use as weapons to spread some zombie brain matter around town.

Drinking beer whenever players are low on health will actually regain it. This would be a dream for some people, so collecting as many beer bottles as possible will aid them on their intoxicated journey. They will also need to keep an eye on their urine meter as it can cause their health to decrease. Players will need to relieve themselves to prevent this, which will leave a puddle that the protagonist and zombies can slip-on. Normally someone that drunk would likely just let it go in their pants, especially if they’re the last surviving person in a zombie outbreak, so it’s nice to see the protagonist has a little dignity left, and thankfully his privates can’t be seen after he unzips.

The zombies he’ll come up against come in different shapes and sizes and have decent variation in appearances, from common town folk to construction workers, firefighters, and more. Some come equipped with axes or even guns. Taking down the undead will get more challenging as the game goes on, but overall it’ll become very repetitive very quickly. 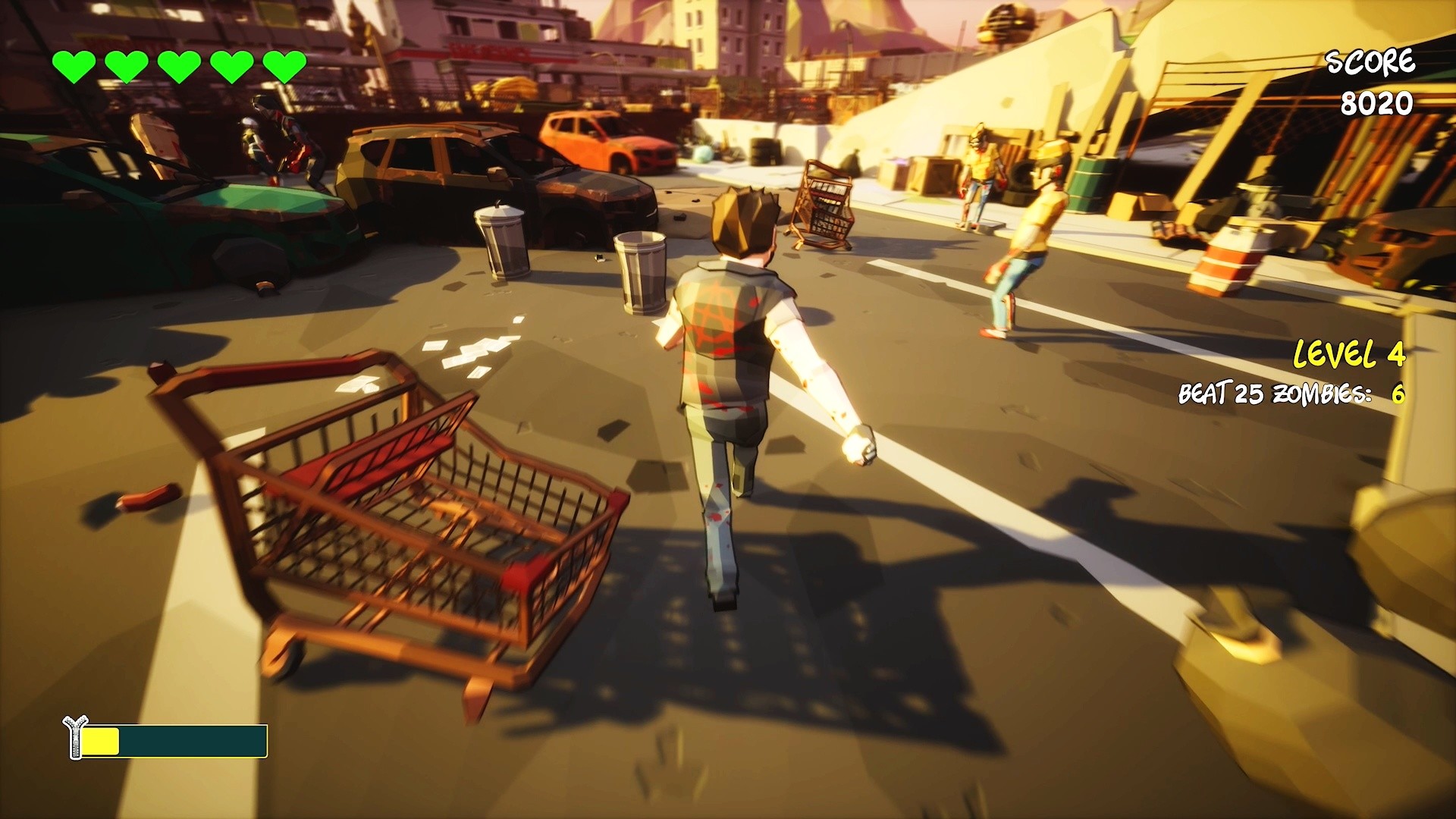 For a zombie survival game, there’s very little variety in killing them. The protagonist mainly uses his fists and feet, and occasionally a melee weapon. Even with so many items around town that could be used such as heavy items and propane tanks, they’re all just props to decorate the surroundings. Even the weapons carried by certain zombies can’t be picked up. Surely a drunk would be more adequate with a weapon than a zombie? There are some small improvements over the original game in terms of gameplay, but still has a long way to go.

One big issue I had personally was that there was no option to change the X or Y axis for moving the camera. I actually have the Y-axis in reverse to play 1st or 3rd-person games, so not having this option became a major hindrance.

The overall presentation does have its charms, but the novelty wears off quickly. The constant thrash metal music playing during gameplay fits well with the game’s aesthetics but is still very generic. Glitches will also occur quite often, and given you’re playing from the perspective of being under the influence, feels more like an excuse for all the flaws the game has. It’s an idea that can be done well, but this game isn’t the best example.

There really isn’t much to do other than pummel zombies with limited moves and weapons. There are no collectibles to be found other than Achievements/Trophies, so exploring different areas in each location is just pointless. After completing the game, there’s nothing to entice players to go through it all again. As amusing as it might be for the first hour or two, Drunken Fist 2: Zombie Hangover might only be enough for a one-time playthrough. 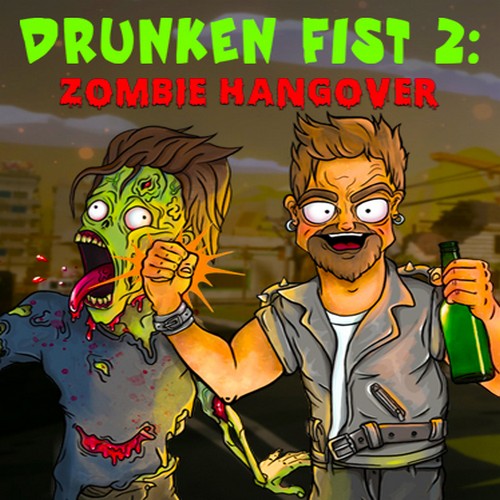 Filled with blood, gore and loss of limbs depicted in light-hearted low-poly style, Drunken Fist 2: Zombie Hangover is a whimsical take on survival horror, featuring physics-based beat ‘em up action and ragdoll takedowns that no sober player would take seriously.