This will just be a quick write-up of my experiences playing on PlayStation which isn’t too different, but I have some points to add myself. Now get me wrong, I think Chromatic Games have done a pretty good job with their tower defense games and it is probably the best strategy game of this type I have played. Most have you just place your defenses and pray, but I love the more hands-on approach of being able to fight alongside your defenses.

Adding onto what has been said in our previous review, along with the main cast of playable characters there are also three additional heroes the Warden, the Rogue, and Series EV-A. Each of these characters has its perks and abilities. The Rogue is pure DPS on defenses, but he has extra interchangeable abilities and attacks. The Warden is similar to the Dryad from Dungeon Defender 2, using plant-based defenses for mid to close-range damage and healing. 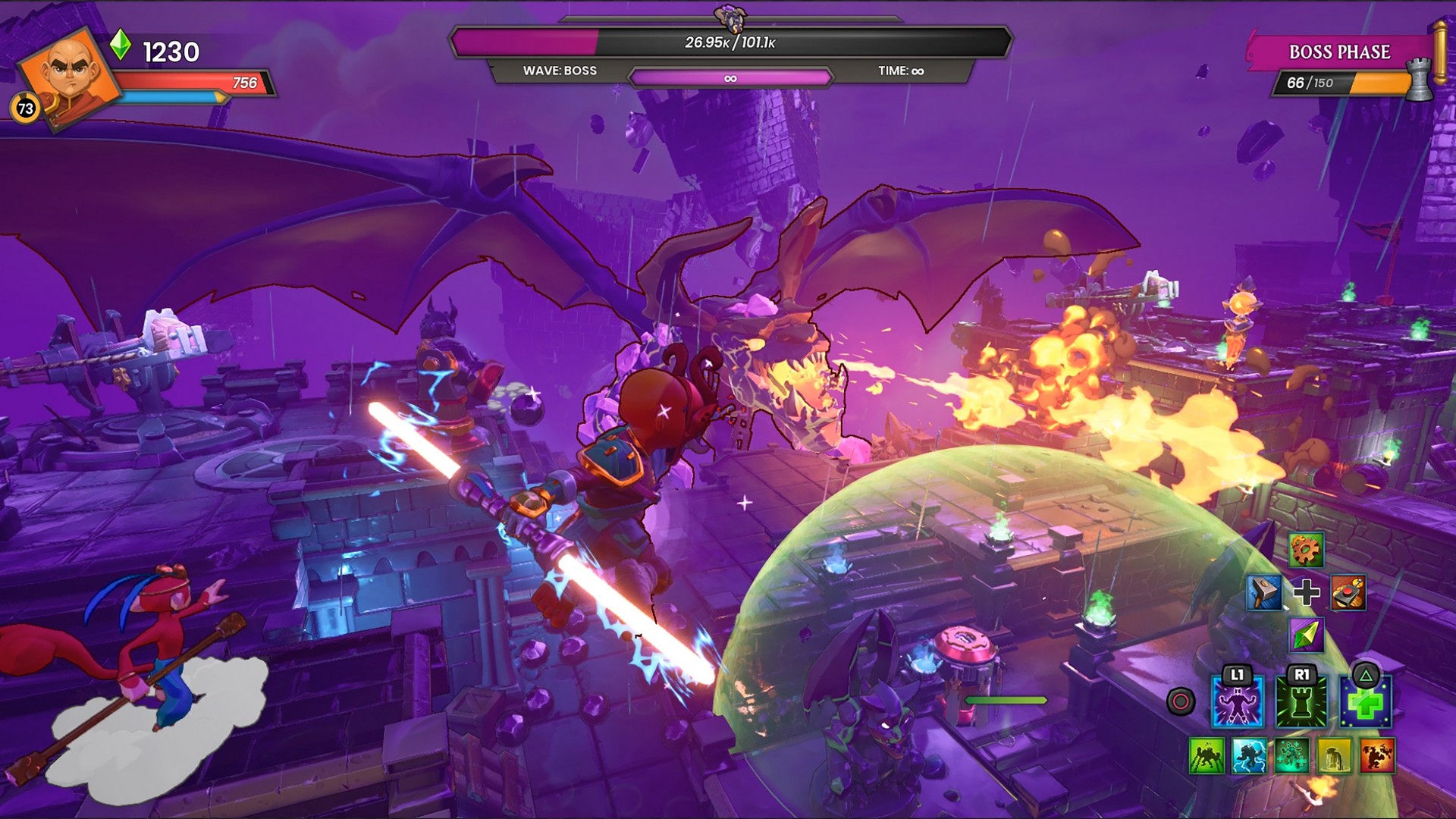 Series EV-A was the first of the newly released characters and is one of my go-to when it comes to defenses. Using lasers and shock tripwires to do pretty decent damage as well as barriers to stop ground enemies and a reflect wall that sends ranged enemies attacks back at them.

This game is quite enjoyable although I started getting a little bored after a while as I had found a way using certain characters to be able to set my defenses and then do nothing as they could not even mussel their way to my crystals. Getting to the very last missions added some greater challenges which snapped me out of my lucid state, which was nice, but I almost gave up on it because of the lack of challenge so I’m glad I didn’t.

Although the story mode was good, and a little easy, there are several other modes to try like Survival, Test, Challenges, Pure Strategy, and Mix mode. All of these are the same just tweaked. Survival is just as it sounds survive wave after wave, pure strategy has you only use your defenses and not your character. These modes add a little extra to the game as a whole and try to mix up the content to stave off the repetition and in a way it works. 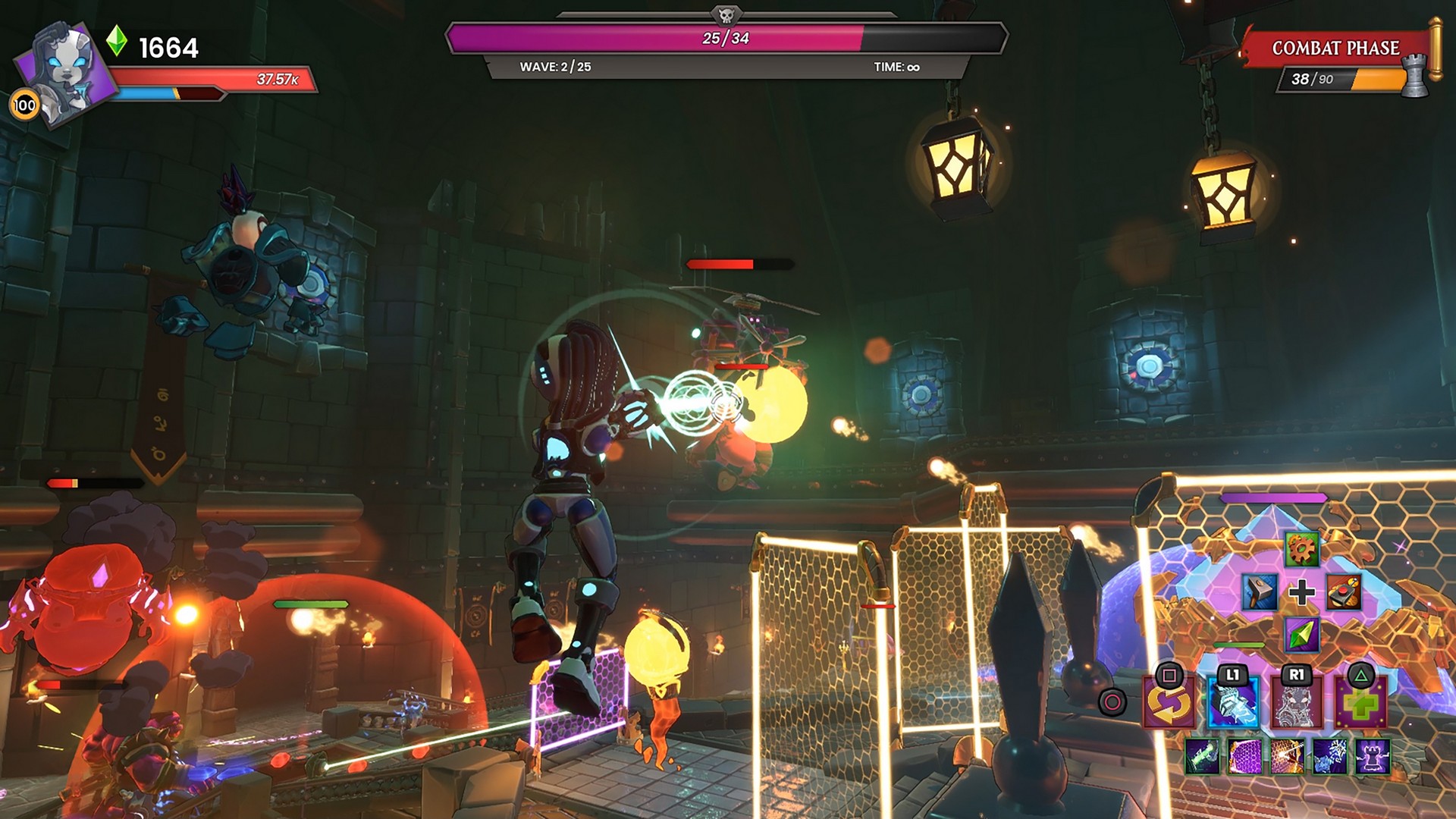 I never really understood the weapons and equipment part if you have equipped certain sets, they give extra buffs, but I would get what I was told was a more powerful weapon only for it to be weaker than my current weapon. So just look at the stats yourself that’s the best advice I can give, don’t focus on the apparent power level. For success, focus on the stats themselves, it will make it a little more tedious as you get a lot of items, maybe too many. Also upgrading your items and your defenses is highly effective in the later stages as stronger enemies will attack more often.

Multiplayer is also available which with friends would be fun, I played with a random which was harder as we both had ideas on defenses. Even with our differences, we did well so it was fine, but if you are looking to play it with others I highly recommend playing with friends, could even help alleviate the repetitiveness.

Other than that, as we wrote previously, I didn’t have as much trouble with the character movement or the visuals of the enemies. However, on a few occasions, the cutscenes did jump and skip through and once froze completely making me restart. Other than that, it is an enjoyable game with dozens of trophies to unlock, a completionist’s dream. I would rate it maybe a little higher than previous and recommend it as a game to play, it is fun but to keep it entertaining you have to change it up use characters you usually don’t and use the defenses you would not usually use, this game is as entertaining as you make it. 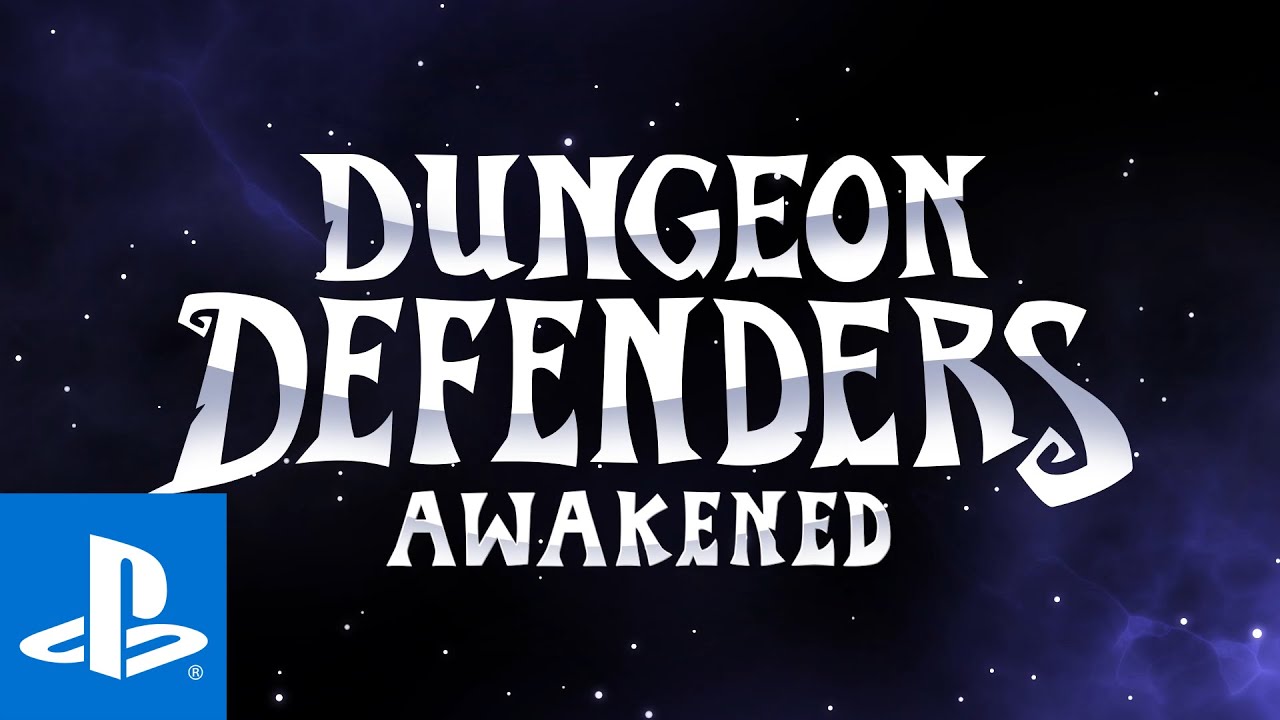 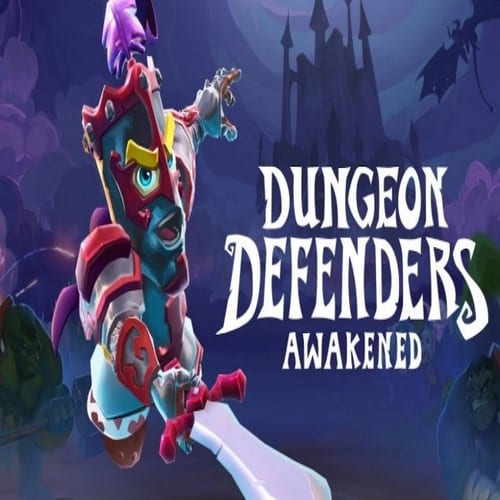 Dungeon Defenders: Awakened is co-op Tower Defense combined with epic Action RPG combat. You’re able to join forces with up to four players to take on a never-ending army of orcs, demons, and dragons! Are your defenses strong enough to save the world of Etheria?