Duped’, an indie game created by Reuben Moorhouse, that was released on steam back in 2017, and is now available on the Nintendo Switch 2 years later, is a very intriguing puzzle game.

Duped is the story of the life of a lonely square. It’s not just a plain cube though, but sentient cubes that blinked as you moved around, something that depicts real emotion that looks to you to get them through the levels. A story of life, with each failed attempted, it is a loop of creating and killing, just so another cube can exit through the door to try again. At one point, I created a grave yard worth of cubes, just to climb up their bodies, using them for my own success.

There is a story here that’s trying to be told, and I wasn’t particular sold by it but I did enjoy the mystery of whatever was unfolding. The more I progressed, the more I started the get glimpses, but I still don’t know what it wanted from me at the conclusion. 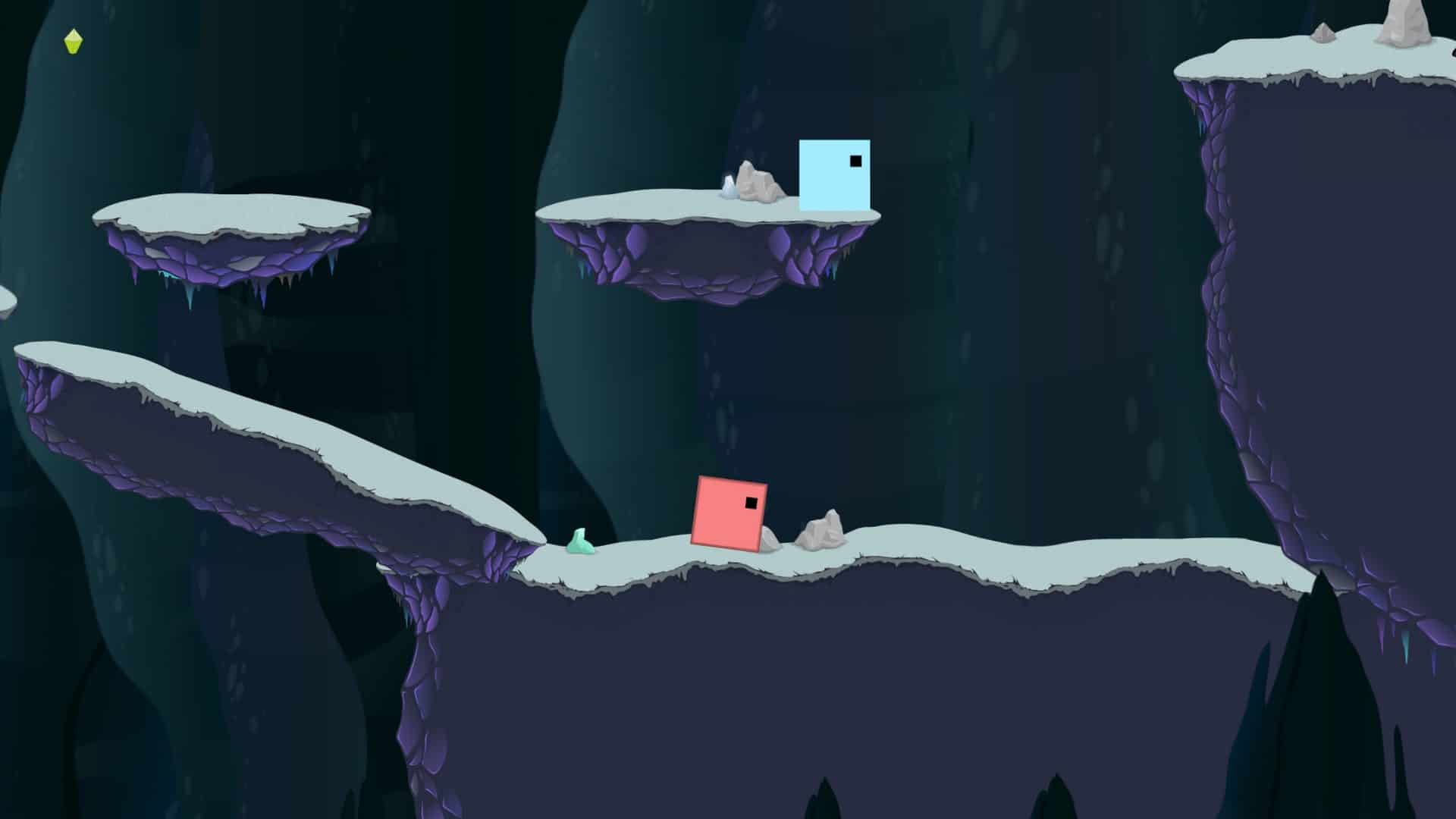 It very muchly reminded me of ‘Thomas Was Alone at First’, which I really enjoyed especially the puzzles and gameplay. After a while though, throwing each cube to their impending death, in almost what seemed like a dark nefarious way, I felt uncomfortable. The uneasiness of the messages this game is trying to send; not just metaphorically but physically as well as you progress increases over time. Gradually, more strange text begins to appear with an ominous message leaving an unsettling feeling. Maybe, that’s what the developer was going for, maybe, I’m reading into it too much but for a game that just throws you straight into it with no real direction or guidance, it can be overwhelming.

The tutorial in Duped is brushed over quiet quickly as the controls are very straight forward. The left stick controls your movements, A/B make you jump and X/Y make you switch between cubes. The game primarily utilities moving/jumping along platform obstacles to get anywhere, learning how to double and triple jump by stacking on top of other cubes along the way. You will find in levels and eventually spawning your own as you learn how to generate more cubes with the right stick by aiming it in the direction you want it to spawn. This will help but enabling you to manoeuvre more trickier obstacles as you progress through the caves. 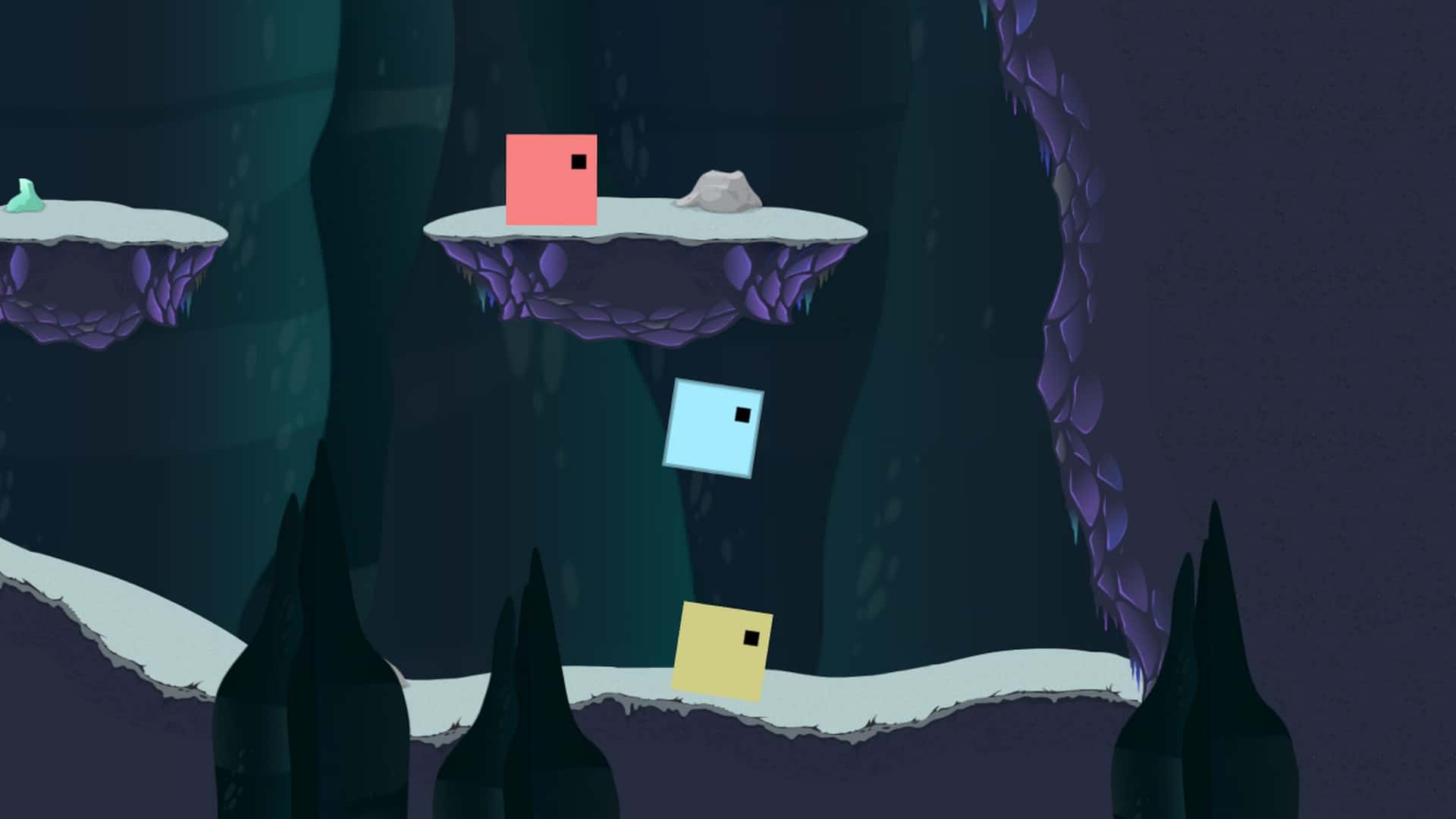 The graphics are a bit off in this, as the cubes very much contrast the atmosphere of the caves. The textures of the caves feel like they have been taken from a completely different game, reused and just slapped in there without any thought of what the cubes might look against this world. Being that they are flat, one toned and the caves are detailed, it just looks to like any other cartoon, fantasy platformer.

As there are no vocal instructions just text tips, it was very hard to distinguish the story being told here in Duped. Despite this, the mute dialogue with the same repeating audio track in each level felt creepy, and will definitely interest people who are after that sense of unease. If you have any feeling towards these cute little cubes, it may eventually cause you to eventually break just like all those lost little cube souls. R.I.P. Duped explores themes of loneliness, isolation and identity, through a 2D action/puzzle platformer. Control a square on its journey to escape the cave it has found itself in. Create clones, control them, flip switches, build bodies out of your friends.