By Shane Fletcher on November 5, 2021 on Reviews, 8 More
close [x]
Tweet
No Comments

Have you ever had a dream that starts off distant, yet familiar, and the longer you stay in the dream the more it unravels and the more twisted it becomes? Yeah, me neither. Well, maybe once or twice… this month. Anyway, the point I am trying to make is the fine people over at Cococucumber have developed and published a fancy little game named Echo Generation. This turn-based adventure game encapsulates the early 90’s vibe through voxel-style 3D pixel artwork and a nostalgic experience.

I feel like I need to get Xzibit to read this next line, but Echo Generation is a homage to the recent success of Stranger Things, which is in itself a homage to media of the 80s and 90s. After selecting one of many predetermined characters, the game opens up to a teenager’s messy room. All sorts of charming and cliché items decorate the room, from comic books to movie posters, and the old green screen computer in the corner. A few emails from your friends and a script for a homemade movie you have been working on setting the mood that this is as ordinary as things can get.

Straight out of the gate the art style is going to grab your attention. A stylised blend of classic themed level design and modernisation of animation brought the world to life. It was as if they reinvented the blocky lego aesthetics of Minecraft so the characters and set pieces could move freely while retaining the feeling of a world made out of build-a-blocks. What I found to be even more clever about the art style is how happy and bubbly the starting town made me feel. It gave me a warm fuzzy feeling of comfort that was just as easily stripped away when the game shifted into the ambient afternoon glow of the cornfields and an unsettling chill crept up my spine as the settings continued to grow darker. 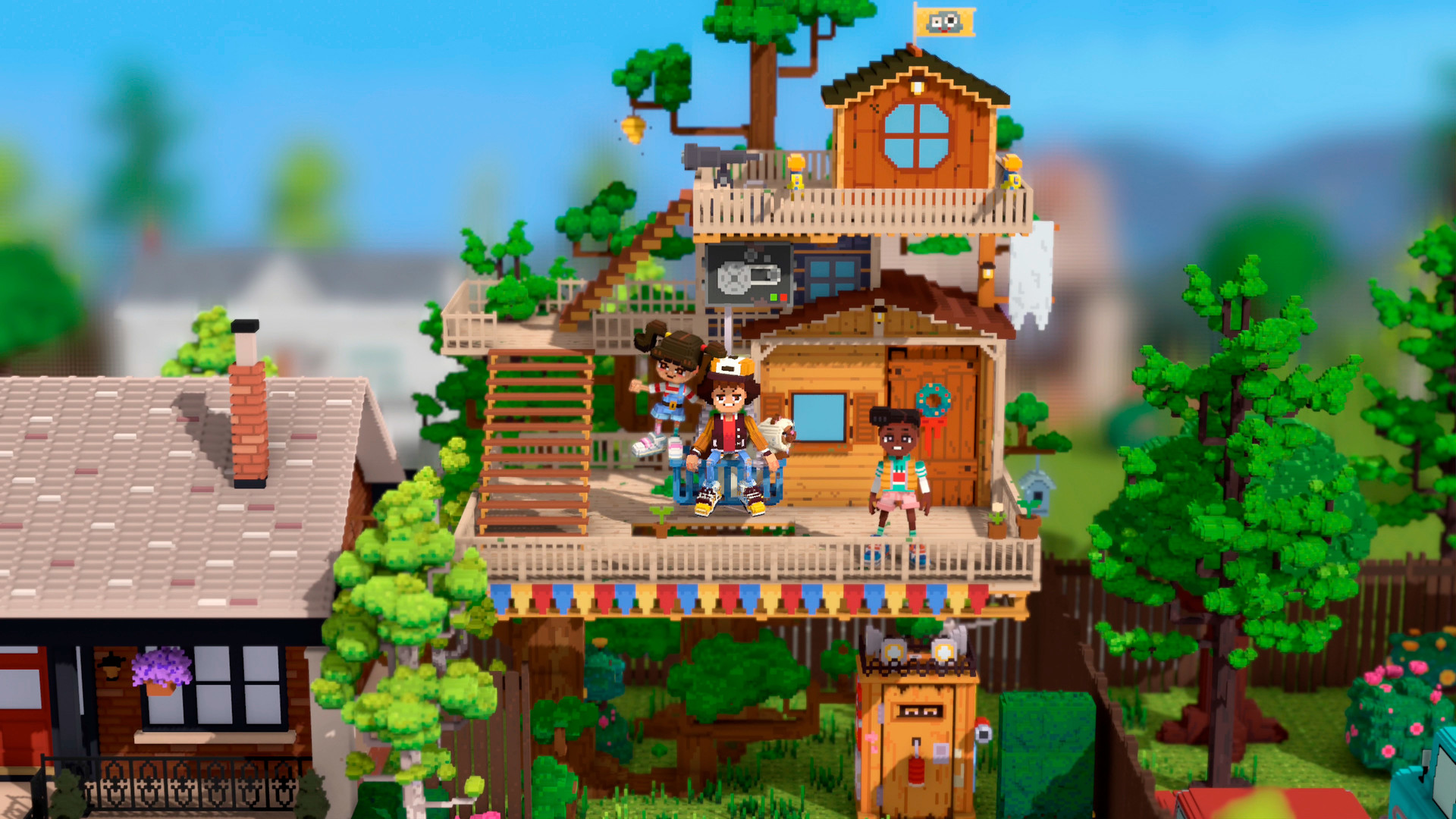 Initially, you band together with your little sister and start wandering the neighbourhood on a few generic fetch quests. I got in a fight with a few raccoons and learned the basics of turn-based combat. Each attack has a quick time event added to the attack to maximise damage, which scales with difficulty based on the strength of the attack. Similarly, you have a small window to try and block an attack which also will change depending on the enemy’s attack. My favourite of which is the Dance Dance Revolution-style attack, or the defence quick-time event, which has you match the pointed arrows with your D-pad before the timer runs out. Certain fights really became a game of luck, forcing the strategy of juggling your heals and attacks as you have a limited number of skill points and the stronger attacks will cost more to use.

The collectible nature of the game has you earn comic books through exploration, quests, and simply buying them, and each one offers a new technique. There were advantageous skills that could cause damage over time but no real advantage over any particular enemy. Unfortunately, a lot of the fights came down to only using the one skill that does the most damage, as the game rarely put you in a situation where you were required to think otherwise. You can recruit companions including the MVP Meowsy, who can heal anyone in the party like a super good little kitty. Did I mention he can talk as well? That isn’t even the weirdest part of the game, as a plethora of supernatural and otherworldly events bring out disturbing puppet creatures and alien animatronic beasts from space.

One part of the game I felt was sorely unbalanced was the minuscule health pool at the start of the game that required repeat grinding of raccoons for experience points. You can find health replenishment items, but there is not nearly enough to get you through a string of fights and it’s impossible to get through them all without taking damage. You do earn a small pittance of cash after each fight and through exploration, but I found myself hiking back to my bed all the way back in town far too often for a free party refresh. 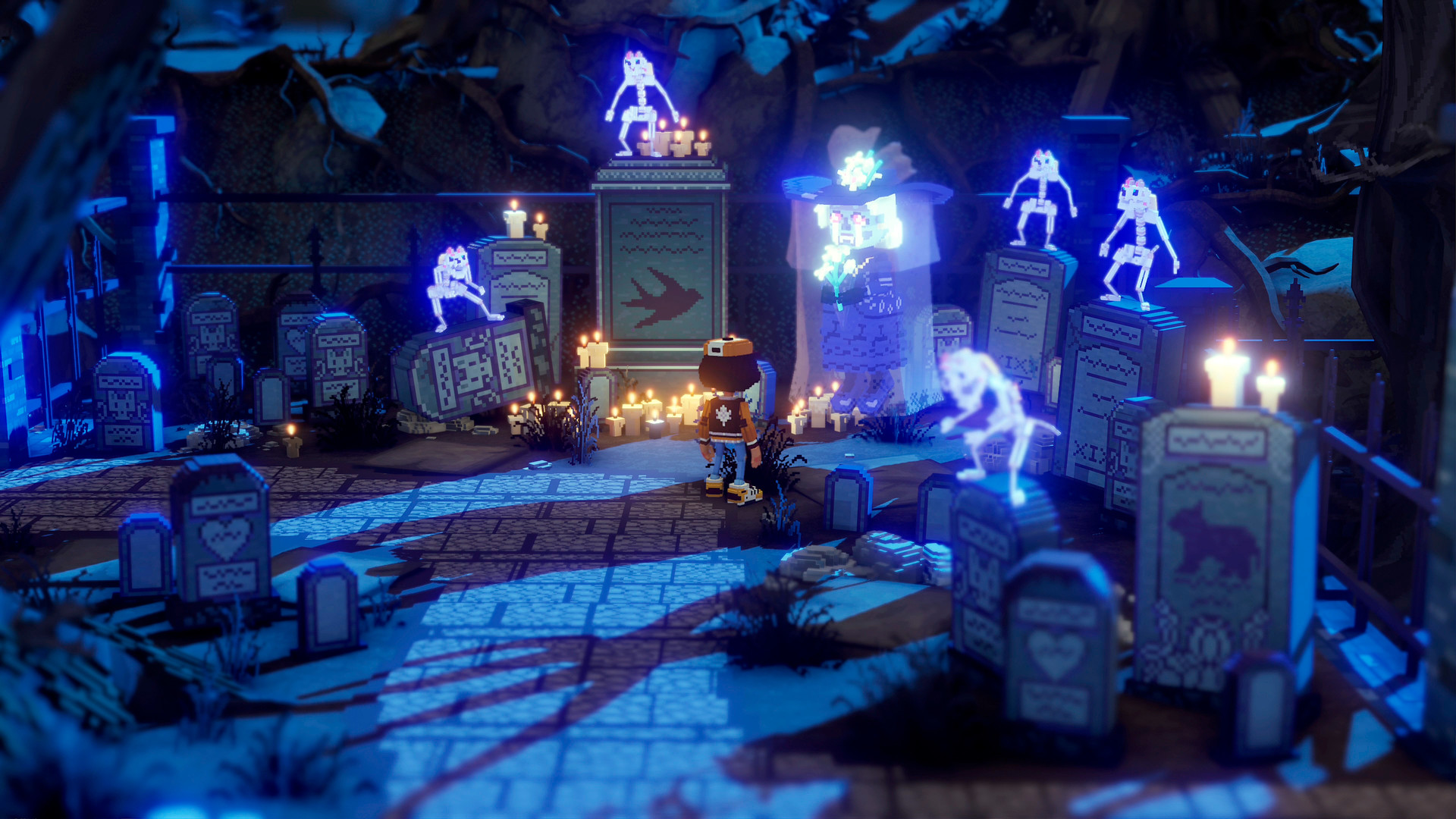 As you level up you get a choice of upgrading damage, health, or skill points to use more powerful attacks. There is a very real possibility that you can soft lock yourself in a never-ending boss battle, as when you die, you revert back to the last checkpoint with only half of your health left as a starting point, and the items you used gone with nowhere else to go but back into the boss fight. It could, and did, cause a lot of headaches to repeat the cycle.

For a relatively short game, the experience felt grander than the limited areas of exploration due to the awesome soundtrack. There was a little sing-song melody that kept me humming away in the town areas and the combat soundtrack turned into almost cyberpunk rock. Furthermore, the dark ominous tones that crept in as the area and dialogue got weirder filled the void as there is no voice acting.

I was invested in finding the truth behind my Father’s disappearance in the game, even though the shortcomings of the gameplay loop could easily have deterred me. Backtracking and level grinding is no stranger to a seasoned gamer, I just felt like it was a little long in the tooth and was used to artificially extend gameplay. Nevertheless, as a whole package, Echo Generation brought together charm, wit, and intrigue in a neat little vintage package. 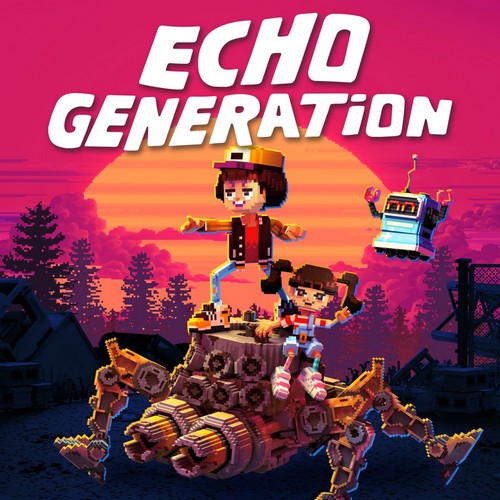 Echo Generation is a turn-based adventure game about a gang of kids investigating supernatural occurrences while battling monsters and mechs to save their small town.