For those who are familiar with classic RPGs such as Fallout 1 & 2, you will definitely feel at home with ‘Encased’. It is all brought together with its unique story and setting that seems strangely familiar to Stalker games including many winks to the Fallout franchise.

Starting off your experience you are presented with a story of a mysterious dome that is discovered in a dilapidated desert, with the world uniting in order to study and discover it’s secrets. You are one of these participants, the only catch is once you enter The Dome, there is no going back!

With its gameplay mechanics bearing similarities to most RPGs, controls will become second nature including the turned based combat mechanics, which run incredibly smooth. When it comes down to the character leveling mechanics, I found it a little confusing at the beginning as to how it worked and how new skills were acquired. A note must be made though, that most skills are not yet available in this stage of the game but show to be promising. They are especially intriguing as they open up to many aspects of game styles compared to other RPGs. Even though the controls and game mechanics may be second nature to most, I would have liked a little more of a tutorial/introduction level that eased you into it, especially for new players to describe how the game mechanics worked including leveling up your character. 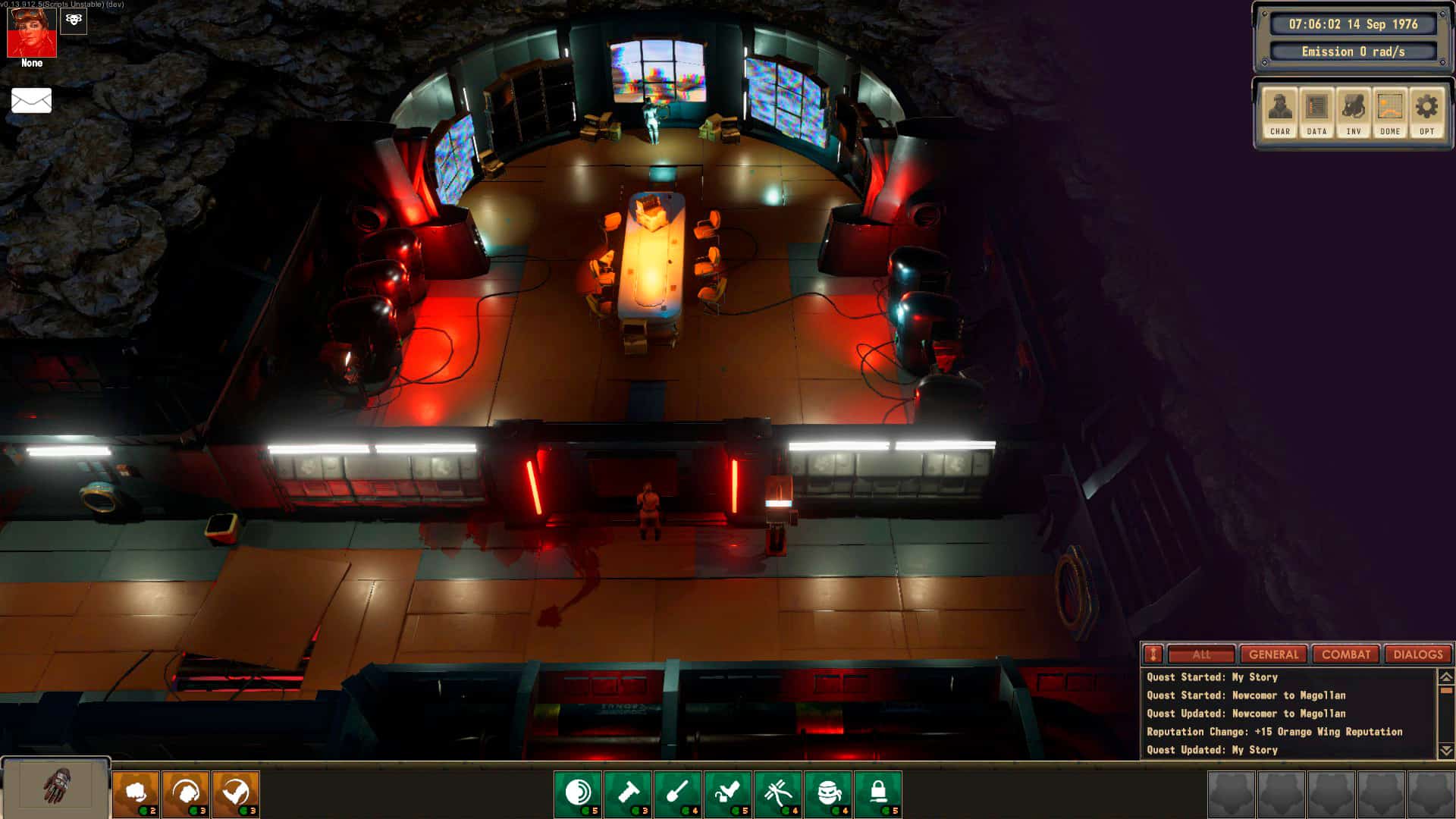 On a positive note, customization for your character creation is on point, with a large variety of choices that give any avenue to take. There are so make ideas you can think and is most enjoyable on its delivery. A notable mention as well is the choice you make with your main character. You have the choice to which wing you belong to, which can help or hinder situations, and social standings. These factions/wings also determine your play style and skills. Play as the Silver wing and you are smooth talkers and leaders, then there’s the Black wing; security experts and soldiers, White Wing are made up of scientists Blue wing; the construction and mechanical experts and then finally there is the Orange Wing, people given second chances to mainly get out of jail and do all the heavy work that is needed. All Wings play an integral part in the game and all need to be considered when making choices and how you’re perceived in this world under The Dome.

Something also different in its game approach is the story in which you come across choices made via a dialogue choice cut-scenes that can affect a multiple of outcomes. These outcomes may be something small like gambling between a few NPCs or a scenario where you’re trying to approach hostile enemies that may compromise the lives of your companions, but like all RPGs these choices are yours to make. Other aspects of the story and gameplay is the clear tracking of quest and side quest, that give clear direction on how to achieve your goals instead of just saying some vague piece of dialogue. This is nice to see when going back to a quest later on and trying to pick up from where you left off, especially when I get side tracked taking every side quest that is conceivable. 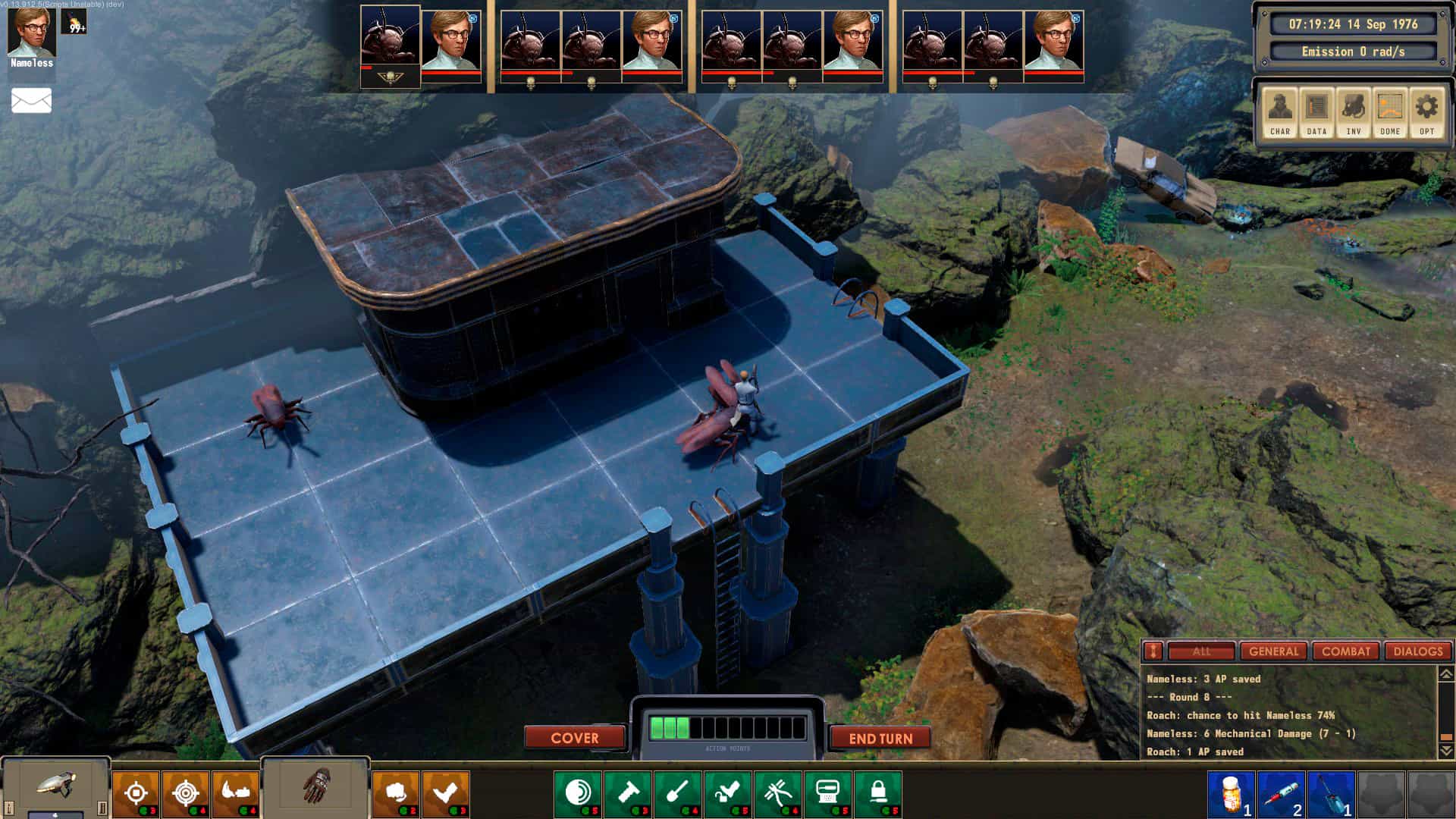 The world of Encased is further explored via cut-scenes that are presented in a comic format that helps with the vision of the world and life like under the dome, along with the detailed areas that you come across in the game. All have a purpose and can be interacted with in some form. NPC’s on the other hand, can all look the same and only when interacted with does their profile also present in this art form.

Overall, Encased is stated as a tribute to “Roadside Picnic” and the original Fallout games, and this magnificent blend of the two shows where the huge appeal comes from. I myself, am a huge fan of the original Fallout games including the Stalker series where Encased gets most of its ideas from and has managed to find a sweet spot in it’s creation. Up there with the greats in the RPG world, this is a contender in the same fashion as Westland, Baldur’s Gate or even Atom RPG.

Encased has managed to make it’s way from a kick starter all the way to its current release on Steam as an Early Access. This game may not be fully finished but what has been experienced and expected so far has huge potential to make it a classic RPG. 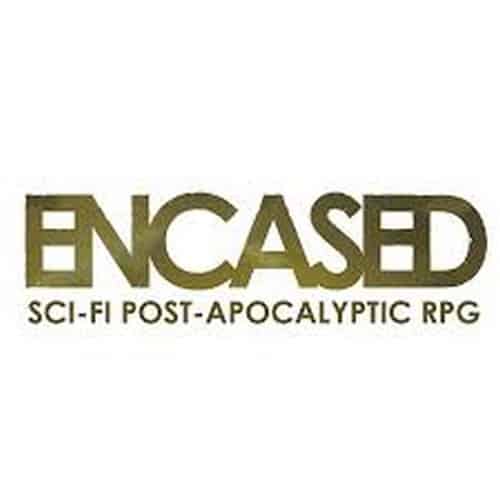 Encased is an isometric role-playing game in a sci-fi post-apocalyptic setting. It was inspired by the first two Fallout installments, Divinity: Original Sin, Baldur’s Gate and the like.