First and foremost, I need to give a bit of a disclaimer. This review is going to look very similar to one I have done in the past, and there is a reason for that. A lot of sports based games that are released yearly don’t really seem to offer much in the way of new content. At least, not from my experience. There is usually a change in team rosters, maybe a slight change in the game mechanics, but it is very rare to have something completely new added to the game.

This time last year, I was given a copy of F1 2018 to review, and needless to say I was quite excited.

Now we come to trying out F1 2019 and I can’t really say that excitement has remained. When I first booted the game up, I honestly thought there had been some kind of mistake, as F1 2018+1 as you could potentially call it, uses what felt like the exact same opening sequence as its predecessor. I could quite literally regurgitate my original review and you’d be none the wiser. The main game revolves around career mode, where you take on the role of your avatar and live the life of an F1 driver. You’ll need to participate in practice laps to help tune your car, make decisions while on the track that directly affect the performance of your car and above all, you’ll be expected to race “The Gentleman’s race.” You will be penalized for bumping into other racers, reprimanded for overtaking an opponent when you’re not allowed to and possibly even disqualified for breaking multiple rules. The entire experience can be quite frustrating for people who don’t play too many racing games, as it you will quite often be used to using dirty and cheap tactics to gain position.

F1 2019 continues its newest tradition with an in-game journalist who will follow you as you progress through your career. She’ll ask you a number of questions every so often and you’ll have a short amount of time to answer as best you can – but your responses will directly affect your standing with your team, potentially costing you valuable car upgrades. In terms of game play, a few minor tweaks to vehicles performance, how it responds to player’s input and effects from the track or environment will help to make the player feel more like they are in control. For those of you who enjoy racing in first person, you’ll also find that Codemaster have followed suit with the addition of the Halo ring – a new safety device installed onto real life F1 cars designed to help reduce the risk of fatality, but at the cost of reduced field of view while driving. Graphically, the game doesn’t appear to have changed from last year. The work that was put into the cars in 2018 holds true; nice crisp lines and fantastic attention to detail, which is pushed even further by HDR and 4K UHD support if you’re running a system that supports it. Simple details like grass on the side of the tracks have been expertly textured and animated; details that would quite often be overlooked as you zip around a track at over 200km/h. Beyond the immediate track, details are generally kept to a minimum. Even characters within the game haven’t had as much attention lavished upon them, looking almost emotionless as they talk. Not a huge downside, as the focus is very heavily on the cars; making sure they look great and handle as close to real life as possible.

Just like last year, F1 2019 sports a very minimal soundtrack. Once again, you’ll be enjoying the symphony that is 19 other extreme performance cars racing around the track. You won’t need your favorite tunes blaring when you’ve got the occasional buzz of an aircraft as it flies overhead and the cheering of the crowd serenading you. Each manufacturer’s vehicle has its own distinct engine sound, different parts of the track produce sounds so real you’ll be convinced you’re sitting right there. In between career mode races, the game has an abundance of voice acting, with almost every race being opened by what could almost be likened to watching the opening of a real world Formula 1 race, with commentators chatting away about who is in pole position, who the underdog is and what they would expect from the race. Perhaps, in my eyes, this was a little over done, but it certainly adds to the realism of the game.

Needless to say, I was a little disappointed. From what I experienced, there were absolutely no significant changes to the game. It is still a beautifully well-made game, don’t get me wrong. And it still offers players that realistic experience. Sure, the rosters for each team might have changed; perhaps that car is number 2 now instead of number 18 like it was last year. Sure, they’re remaining true to the sport, and yes, they’re using tried and tested mechanics. But does this warrant a whole new title?

Unless you follow Formula One and absolutely need the teams to match what they do this year, I feel like most people could simply sit this one out. Just like this review, it’s almost identical to last year. 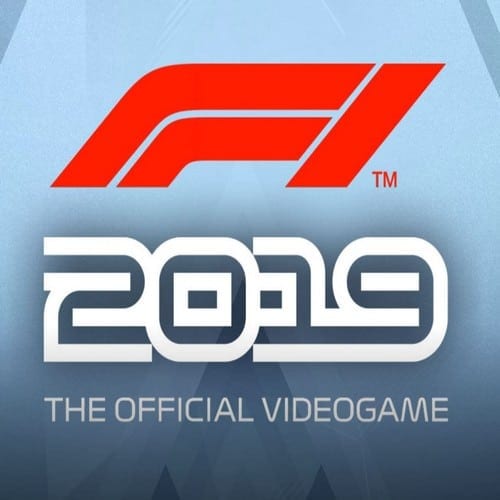 F1 2019 is an upcoming racing video game based on the 2019 Formula One World Championship. The game is developed and published by Codemasters and is the twelfth title in the Formula One series developed by the studio.