The official video game of the Formula 1 is here with its latest instalment from the wonderful team at Codemasters. If you’re not familiar with their work, it’s safe to say we’re in for a great ride.

Starting off I was greeted at the main menu with a lot of options. So much content where I decided to begin my illustrious 10 year career starting as a rookie driver. I want to say I won the starting race program, but I’d be lying. It didn’t impede my choice of teams to join as I hit the BIG TIME! Beginning my career with McLaren Racing, it was also this moment that I realised not only is F1 2020 a racing game, but also part simulator.

Not being a race fan, it was all a bit overwhelming from choosing rivals, components for the car, and my team to research, even being interviewed by reporters and having to choose the right answer. Answer to vaguely results in them asking harder questions of you next time. My Team Mode is where it really shines, whether it’s My Team, Career Mode, Grand Prix, Online, or even Time Trial event, there is so much to do.

Players will also be able to choose the team’s colour scheme, the car’s paint, and who sponsors you etc. Managing the team’s finances also adds to the experience, and hard core fans will love it. The gameplay was quite impressive, with the track, driver’s area, signs, and even the fencing looking great. You’ll even notice fans in the stands, as well on the side of the track, but these don’t really matter when you’re cruising past at top speed. The little things become a blur, but the gameplay is superb. 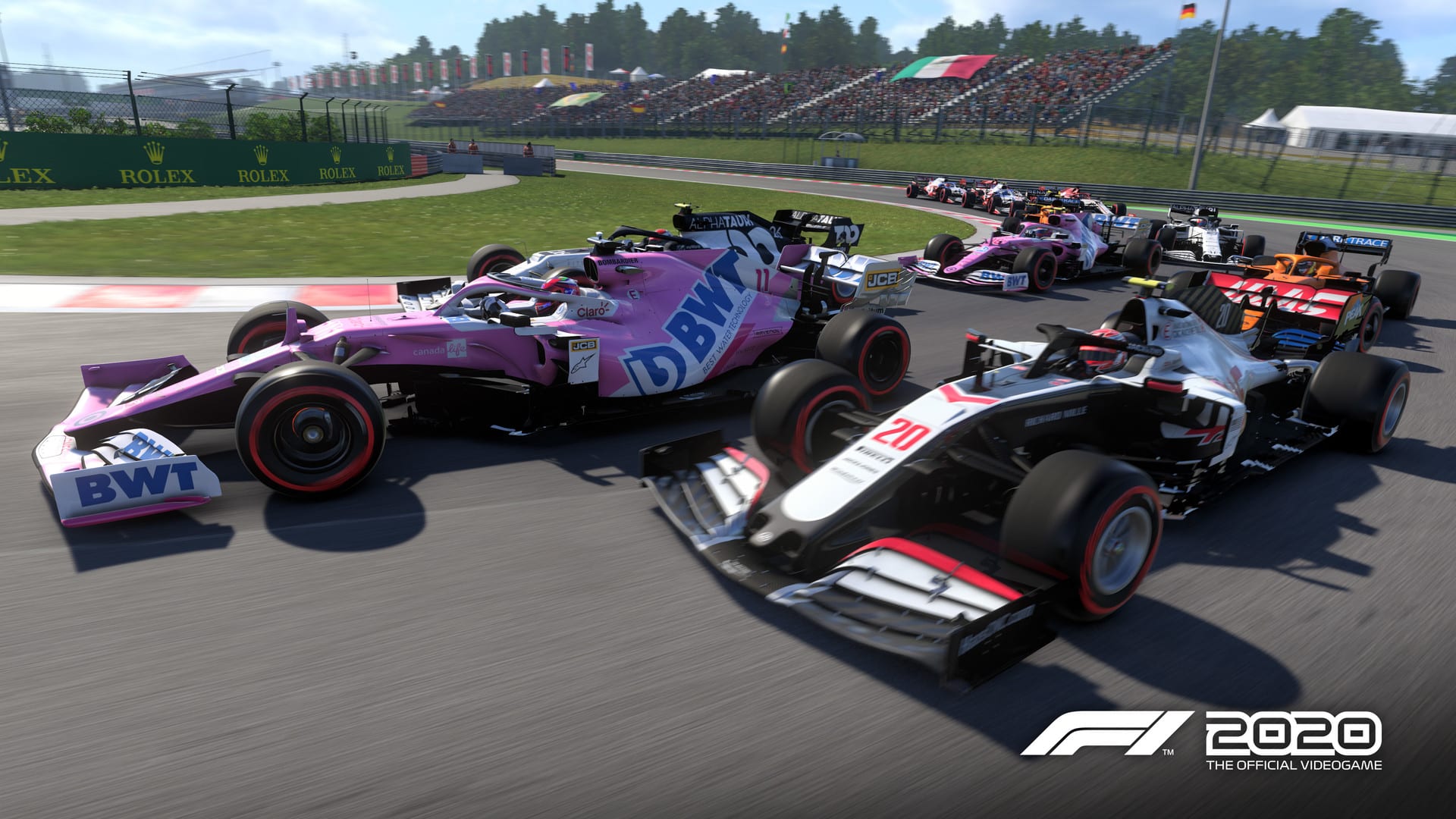 Experienced players will surely have no problem picking up from the last time they played, while newer players like myself may have a little bit of an issue during a lap, accidently pressing (RB) and having a small window pop out, letting you cycle through different parts of your car to check the condition of wheels, the engine, and even the front and rear fins. Not knowing what button I pressed, I was forced to stop to try out figure out what I had done, leading me to be disqualified and waste time checking out the controller layout.

As mentioned earlier, fans in the bleachers, or workers on the track are a bit off putting, but once you start racing they become a distant memory. While you spend the bulk of your time sitting behind the wheel and paying attention to the road or other drivers, Codemasters have spent the time making every tiny detail look downright amazing. From cutscenes to opponents on the track, even something as simple as people in the office or working on your car, no detail was spared. The tracks are accurate to their real world counterpart’s, allowing you to race all over the world in any weather. My personal favourite is the rain – All I can say is “Wow!”

The audio from the main screen, all the way to the high roar of the engines is brilliant, though the tracks between races can get kind of repetitive at times, but you honestly wouldn’t notice unless you’re sitting there doing nothing. The one thing I did enjoy tremendously was starting the race where all cars are starting at once, the whine of all the engines as we all started racing off was pure gold and was just like watching it on TV. 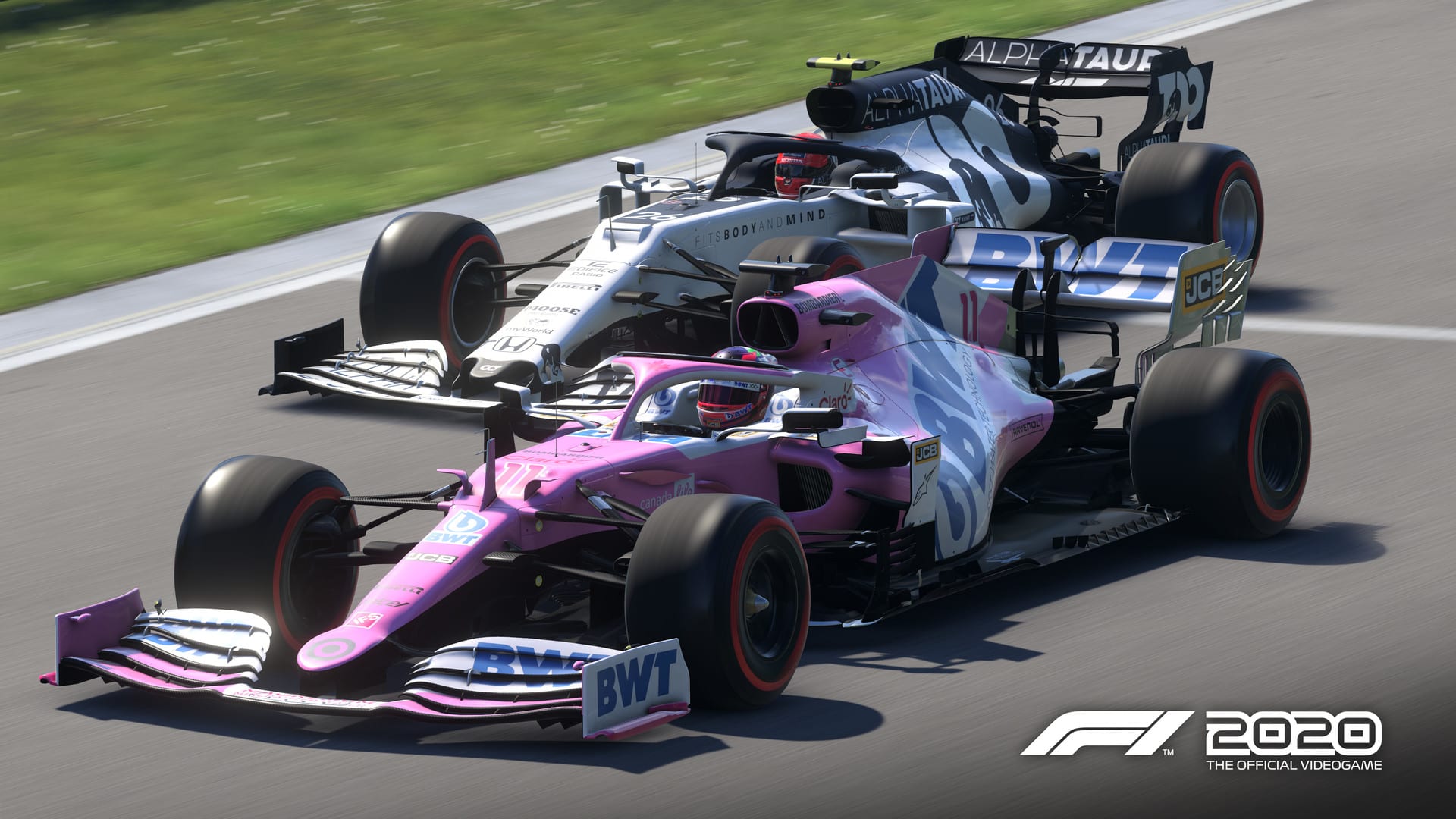 One thing I do whine about in racing games is hitting a barricade before bouncing off to continuing the race. This is certainly not the case in F1 2020. Hit a barricade hard enough and it may be the last thing you do in that race. I discovered this unintentionally, but I actually enjoyed the experience, even if it did cost me a few races. I also found it annoying the game doesn’t really explain the race rules of what I can and can’t do. Needless to say I still don’t have a clue and suffer a number of penalties each race. On the positive side of things, you’re given the option of changing how many laps you actually do, and I quickly lowered it to 5 from 18, which for someone with a low attention span like myself is an absolute godsend.

Multiplayer was a real joy to play, especially seeing as they have Oceanic servers. Finding and joining games was quick as a flash, with no lag and games full of far superior drivers, unlike myself. It was a surprising and fresh change being able to race with no lag, and coupled with the choice to adjust races as you see fit lead to a very pleasing experience. If you’ve got the time, why not try and make a 26 race session? There is so much to keep you occupied with during multiplayer.

Fans of the series are going to love this for all the content that Codemasters has placed in for what I believe is the best Formula 1 experience. Everything from the awesome races to the simulated management of my driver career, it’s definitely going to keep anyone occupied for a long time. F1 2020 even features its own version of a battle pass, the Podium Pass unlocks levels as you work your way through the game. Alternatively, you could use the hated micro transactions and cheese your way through unlocking liveries, suits, gloves, helmets and emotes, but that’s not for me to decide. Hint: Don’t cheese it. 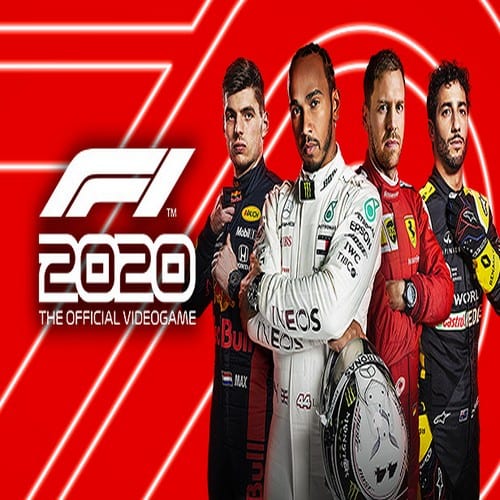 F1® 2020 allows you to create your F1® team for the very first time and race alongside the official teams and drivers. Alternatively, challenge your friends in new split-screen with casual race options for more relaxed racing. Compete on 22 circuits, with current and classic content.