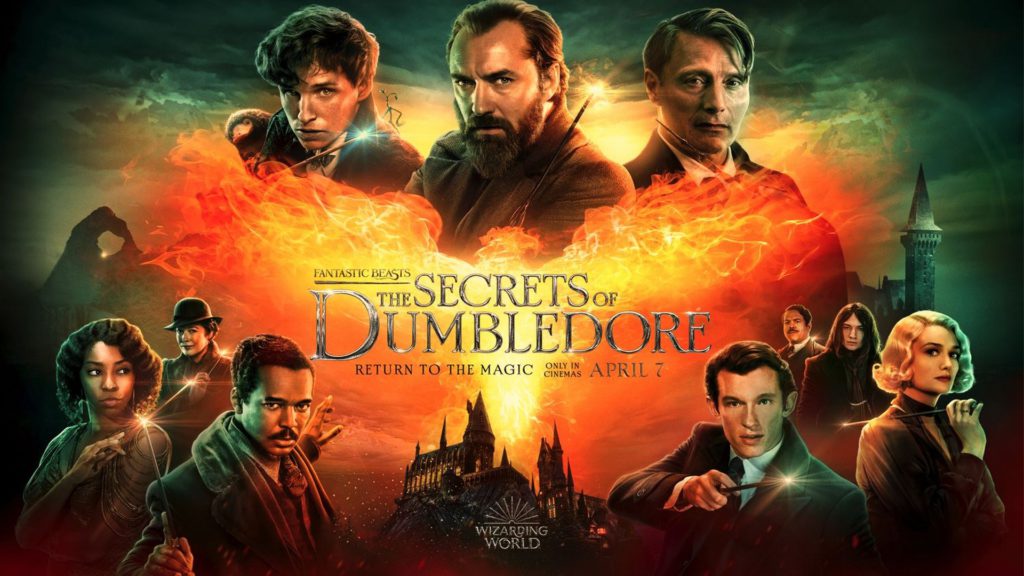 Newt Scamander, the world’s most prolific magic zoologist, has truly been through the wringer since he first stepped foot in New York. Now entering the third film in his extravagant adventures, we are entering some dark and disturbing times in the magical history books. Returning to direct his 7th film in Warner Brothers’ Harry Potter universe, David Yates continues to carve out his legacy as we explore Fantastic Beasts: The Secrets of Dumbledore.

Oscar award winner for best actor, Eddie Redmayne, finds himself in great company with a host of talented and equally dedicated cast members. Unfortunately, due to events surrounding Johnny Depp’s personal life, Mads Mikkelsen has stepped in to fulfill the duties of the devious Gellert Grindelwald this time around. It is certainly a situation where David Yates has made the best of his situation and having Jude Law reprise his role of the younger Albus Dumbledore, giving the two legendary wizards a formidable presence on screen.

Newcomers such as Jessica Williams and Richard Coyle bring different perspectives to the table while returning members such as Dan Fogler and Alison Sudol have become more important than ever. As the ever-growing influence of Grindelwald’s movement threatens the balance of the known world, bonds must be formed and moves must be made. If there was ever a time for even the smallest character to stand tall, now may be the last chance they get to make a difference.

Carrying on from the previous film, Dumbledore’s role in things to come has left him no choice but to intervene. The problem persists, however, that the blood pack he made with Grindelwald prevents either wizard from directly dealing with each other. This opens up the playing field and requires Newt to maintain his pivotal role for the greater good, along with his unlikely sidekick, Jacob. As for Grindelwald’s camp, Credence, who recently was revealed as Aurelius Dumbledore at the end of the second film, has spent his time away honing his devastating magical abilities and has become the frontman to do the dirty work.

This series of films so far has primarily focused on a mature audience environment with wondrous and awe-inspiring beasts to break up the grim undertones. The first film was heavily centered around establishing Newt’s connection and passion for the various animals and their quirky features. It is worth mentioning that there has been a subtle but noticeable shift from the initial journey and less focus on the creatures since then. Whether it was an active attempt at course correction, or a happy coincidence, the importance of the magical creatures has been directly woven into the secrets of Dumbledore’s plot and helps establish a return to form.

Newt’s interactions with a divine beast at the start of the film quickly become a focal point for both sides. With a rather aloof mystery surrounding this event, it sparks intrigue as to why this creature was so important in the first place. It became a branching narrative that trickled through multiple plot points and kept the audience guessing how this would all tie together. It was noticed and welcomed as Grindelwald’s plans moving forward were rather politically centric, and keeping the core of the film to the origin of the franchise helped evolve the storytelling.

The look and feel of these movies continue to impress as the fictional events mirrored real-life historical moments. A pointed set-piece was based in Germany and Grindelwald’s pursuit of power, fuelled by the notion of the eradication of a non-magical people he deemed inferior. A bleak and washed-out palette was the perfect backdrop to emphasise the tone of the divided nation and would showcase the burst of colour and magic effects during the dramatic moments. Of course, there were also the nostalgic shivers of seeing Hogwarts return as well, the scenery and set design alone were able to elicit a range of emotions.

There were moments where I couldn’t quite shake lingering feelings that the scale of the story had expanded but the scope had narrowed somewhat. While some considerable revelations were handled with delicate deliberation, other ongoing storylines from the second film were barely explored and we are left hoping they resume in the next iteration. Trying to keep the limelight on Newt did feel like more of a challenge in this film, thankfully though, adequate screen time was given when needed and most characters were given a chance to shine. With so many moving pieces and an expanding roster of individuals, creating a cohesive story that was able to stand on its own two feet was an achievement in itself.

Fantastic Beasts: The Secrets of Dumbledore is a return to form. Its balancing act between the good, the bad and the scaly helps set the stage for the final stretch. Here’s hoping that we don’t have to wait too long, as there are lingering questions from the second film and new points to speculate on.