Fast & Furious Crossroads is a racing/action-role video game based on the Fast & Furious film franchise. Developed by Slightly Mad Studios, the minds behind the fun in the ‘Need For Speed Shift’ series as well as ‘Project Cars’. It’s about time we got a green light on a Fast & Furious game especially with it flying under the Bandai Namco banner, but is it the one we’ve been waiting for to turn the revs up on or is it firing on only 3 cylinders? (** Editor’s note: Dang look at the car puns…)

I was excited to get my hands on this; like a kid having cake for breakfast. As silly as the movies have gone from where they started, they are still a guilty pleasure of mine. True fans can always say they have been waiting for a decent Fast & Furious game to be released eventually with the utmost of high standards. Fast & Furious Crossroads starts off with you controlling Dom and Letty right in the thick of an extreme car chase, literally thrown straight in the deep end. They are chasing down a pursuer, a target by the elusive ‘Mr Nobody’, this dash quickly turned from catching the pursuer to stopping a god damn tank car hybrid.

It is also during this sequence that we are introduced to character swapping. With a press of a directionional button on the D-pad I was able to swap between Letty and Dom, which was a cool touch. As the game progresses through missions, you are introduced to more of your elite driving squad such as street racers Cam, Vienna and Sebastian, the latter who is on the run from an international terrorist group known as the ‘Tadakhul’. 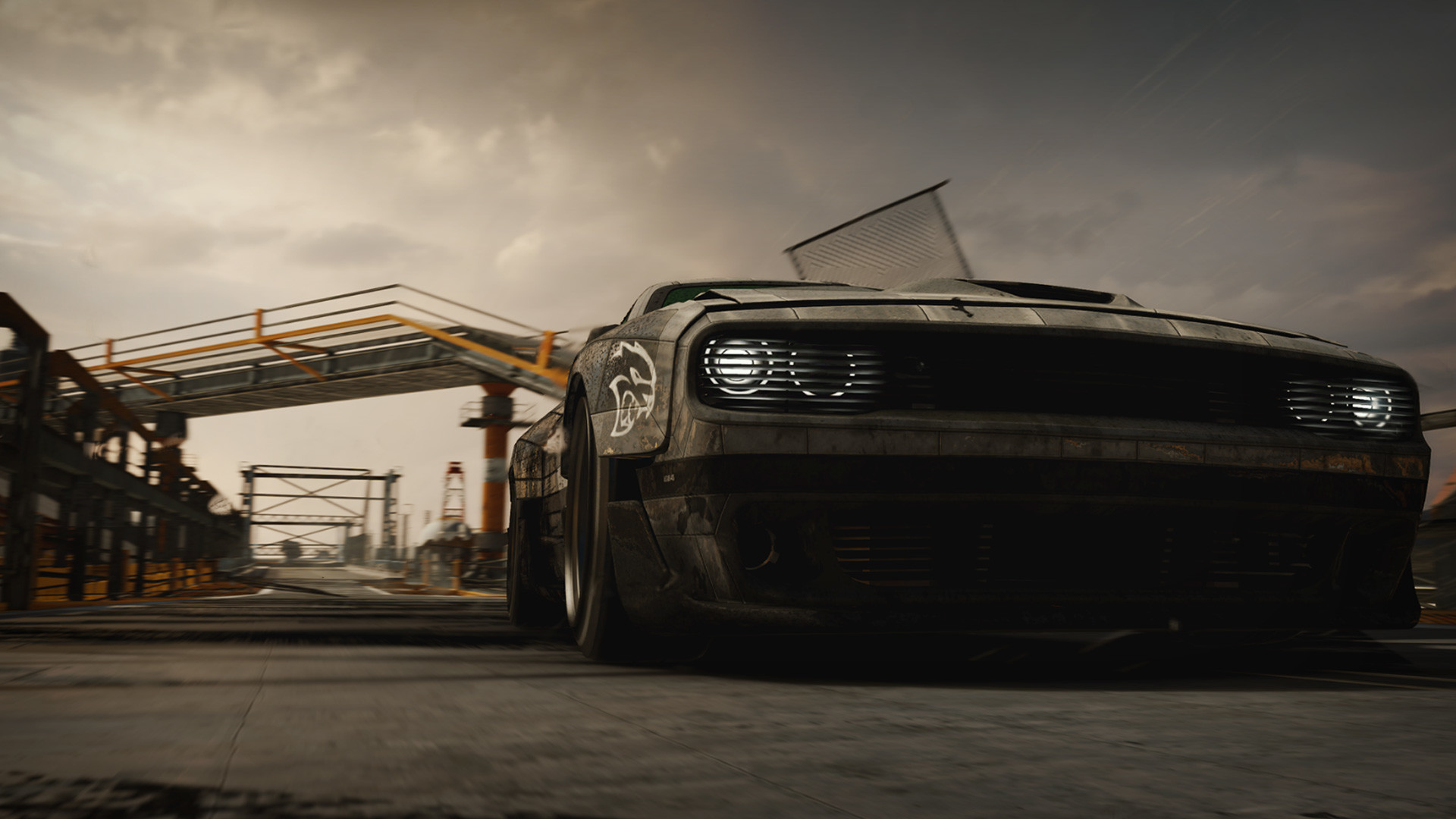 The Tadakhul are an evolved group of ancient highway robbers in a world where everyone knows someone who knows someone. While sounding like a dodgy takeaway shop, the seedy underbelly plot premise is typical Fast & Furious dribble.

I expected more gameplay wise, as it was very underwhelming for a franchise that is famous for spectacular driving through narrow streets, going anywhere their heart desires and death defying impossible stunts, all which were missing. It was very linear meaning there were very few limited ways to go, with bright yellow barricades, floating crosses blocking paths at every other corner and making contact with them brings you to a dead stop. Navigation is given by yellow direction squares on screen which often led me to misjudged corners sending me into a dead end, if I wasn’t already crashing into walls or incoming traffic. This leads to the next glaring issue, the steering. Controlling the cars in this title was like driving on ice with slick tyres, slowing down for turns did nothing to stop me from going into a weird slide/drift maneuver. For a racing game, the controls of the car were exceptionally dismal. A hotwheels car has better control over the carpet than I had over these cars.

Hitting NOS was also an eyesore; likening to entering warp speed, making it hard to pay attention to the screen, let alone dodge traffic. Missions were nothing but an unexciting drive from point A to point B and would have been more enjoyable if there was more to look at. Escaping cops could have been a fun concept except it was very limited without an open world map. One mission that irked me particularly was during a cutscene for a job, Letty says “we’re gonna need some untraceable cars!” fading to a black screen, next second we are opening to my character already in a car in a fancy car yard with full police attention, like come on that’s not how you do a heist. This is unfortunately as most cars are actually quite stand out with special abilities such as hacking networks, grappling hooks, hell even kneecappers (blades on the rims) stuff you’d actually expect from the franchise. 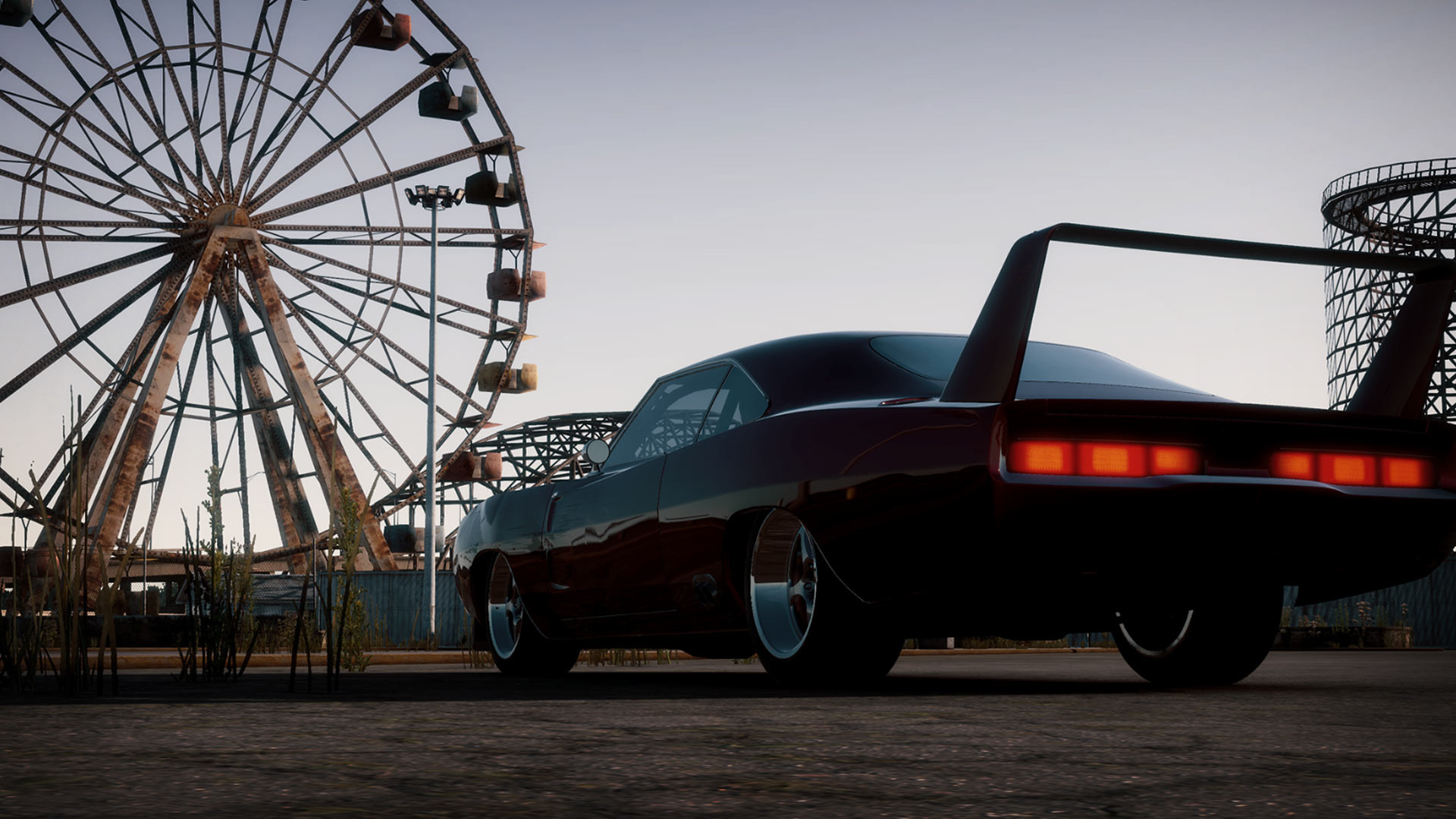 These are completely straightforward from what you’d expect from an arcade racing game. Typically, racing games don’t worry about brakes, just treat every race like your one last ride (ha ha get it, one last ride). An essentially mechanic that is hard to control though is the camera angles. The camera ends towards the end of the roof of the car in a very strange position.

The game graphics, oh dear, the graphics. They feel more dated to the PS3/Xbox 360 console, just lacklustre. The times they do shine is in the actual cut scenes with the story voice acting, quips and callback references to the past movie events/characters making my ears prick up whenever I heard them servicing the fan inside me. The sound effects were enjoyable enough, nothing really repetitive, traffic, sirens and the rumblings of the numerous cars were enough to satisfy me.

They do have a multiplayer mode called “”Heroes, Villains, and Cops” where nine players; three teams of three duke it out on the streets. Sadly though, I struggled to get a match. The most I got was five players resulting in players entering and leaving in frustration as we all waited. This was unfortunate as there’s a few achievements involved with the Online Ops.

What do I think? Well looks like fans will be waiting a little longer for an actual game that does the franchise justice because like the typical movie game, this is a bust. Whether it be slippery manoeuvring or the weird camera angles I expected more from the developers that were given the reigns to so much potential with the material. If this is what we get with the price tag, I’m legitimately amazed that three of the actual stars of the franchise are a part of it. So, revheads until next time, I’ll have one last ride before I act like I never had this game. Peace. 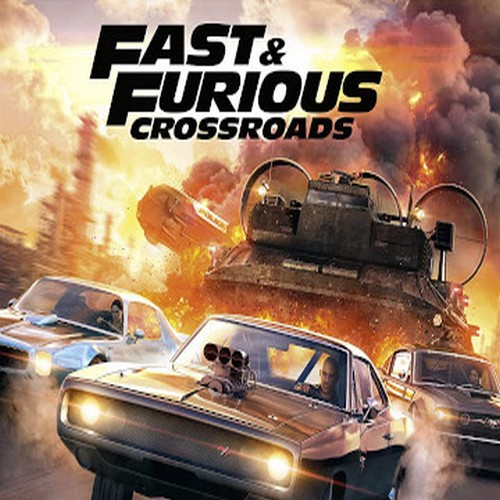 Gear up for an epic new chapter in the Fast & Furious saga with high-speed heists, cinematic nonstop action, and adrenaline-fueled stunts in exotic locations. Join longtime family and a tough new crew to hunt down an international crime syndicate and bring them to street justice.