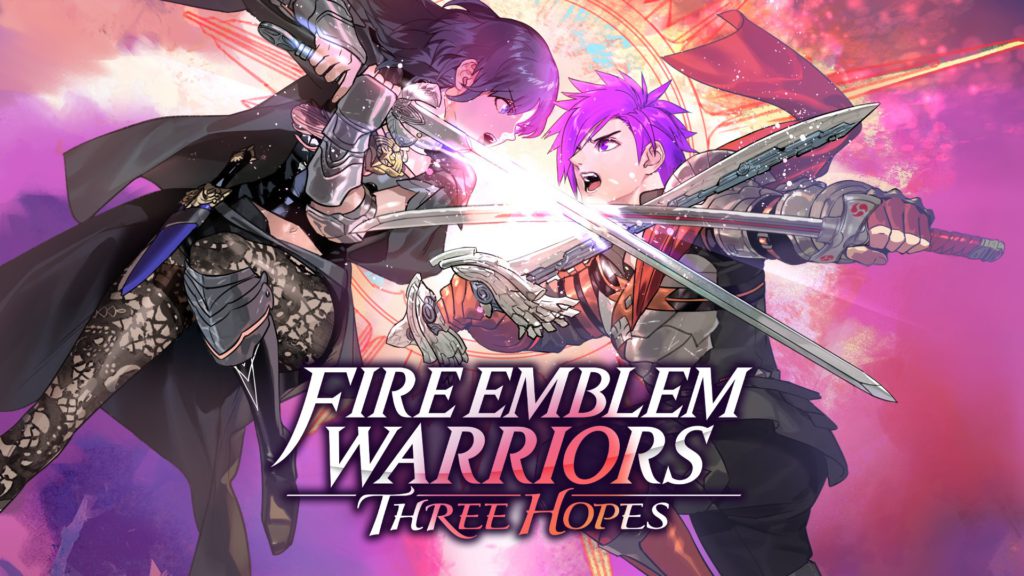 There are some moments when the day has been a bit stressful and you want to go home, boot up a game and just absolutely destroy thousands of enemies at a time. When I need this type of fix, Omega Force always seems to have my back, and their latest hits on the Nintendo Switch have been some of their finest work. Pairing their explosive on-screen action with the strategic and political world of Fire Emblem to produce 2017’s Fire Emblem Warriors, and now the sequel, Fire Emblem Warriors: Three Hopes, they’ve brought the war-torn universe into the large-scale warfare it truly deserves.

Fire Emblem has a very long history of games under its belt, with just as many different art directions and gameplay styles. In Three Hopes, a multi-layered approach offers some of the most beautiful and fully realised character designs the series has ever seen in the pre-rendered cutscenes. The gameplay takes a bit of a step back, which I could attribute to keeping the gameplay fluid and consistent on the Switch. The added hand-drawn avatars for the dialogue portions and a nice little homage to the strategy game styles of old, with a grid layout of the battlefields meshing so well with the upbeat and sometimes emotional tempo that the sounds track offered. For a game that is technically a spin-off to the main line game, it hits all the right beats.

With most Fire Emblem games, the story, setting, and characters are usually a stand-alone experience, while simultaneously connecting it to previous iterations. For Fire Emblem Warriors: Three Hopes, the story resembles an alternate timeline of sorts for the main entry, Fire Emblem: Three Houses. Set on the continent known as ‘Fódlan,’ a land that has been ravished by constant war, a young mercenary named Shez finds themselves caught up in a whirlwind of events that draw you deeper with each passing battle. 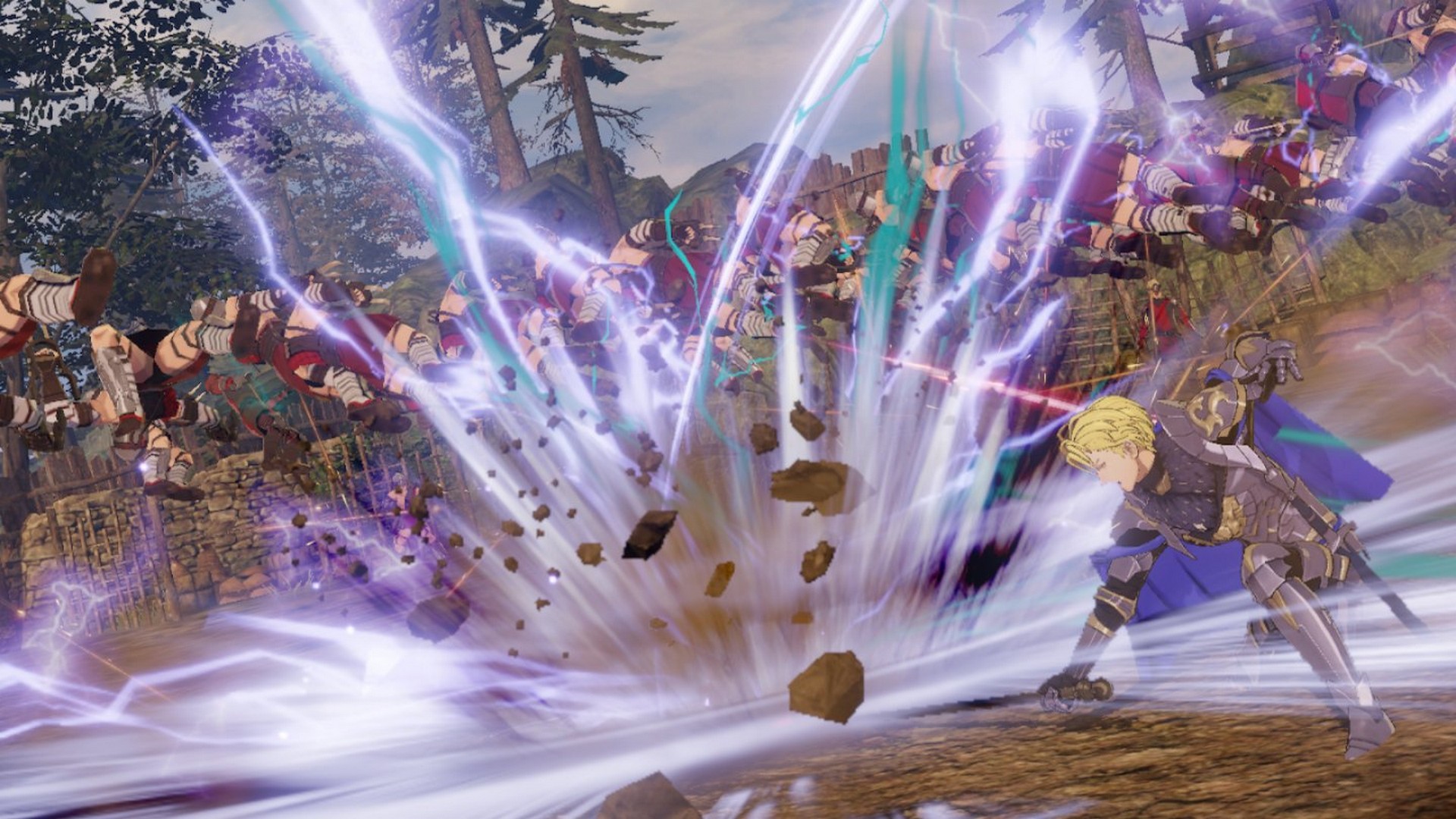 A staggering number of characters are on display with a new perspective on the returning cast member. In the opening beats of the game, you face off against a powerful warrior that could have easily taken your life. The early twist comes in the form of this character, who was once the protagonist of Fire Emblem: Three Houses. With the return of Byleth, now as the mysterious and powerful antagonist, you must collect yourself, rise through the ranks, and build up your army under one of three banners.

One of the most important decisions lies in which house you wish to represent when you join the Officers Academy. The aloof, yet oddly confident Claude runs the Golden Deer House, and he won me over early with some witty and playful dialogue. Edelgard, the leader of the Black Eagles House, is a stoic Princess and future Empress of the Adrestian Empire. She is surprisingly approachable and as powerful on the battlefield as her status. This leaves the predictable and dedicated Dimitri, head of the Blue Lions. What he lacks in flair, he more than makes up for in accountability and a genuine heart.

These three each come with their own crew for you to play around with and will take you down separate storylines depending on who you enlist with. Considering you can choose between Classic and Casual mode after Chapter four, characters you have trained, bonded with, and even cooked for, could face the harrowing fate of permadeath. This can lead to some important decisions on whether to train your companions equally or focus on a few to make them a powerhouse and unlock special cutscenes depending on your level of friendship. The gameplay loop at the base camp offers ample opportunity to influence how the late game pans out and is arguably just as important as the fights themselves. 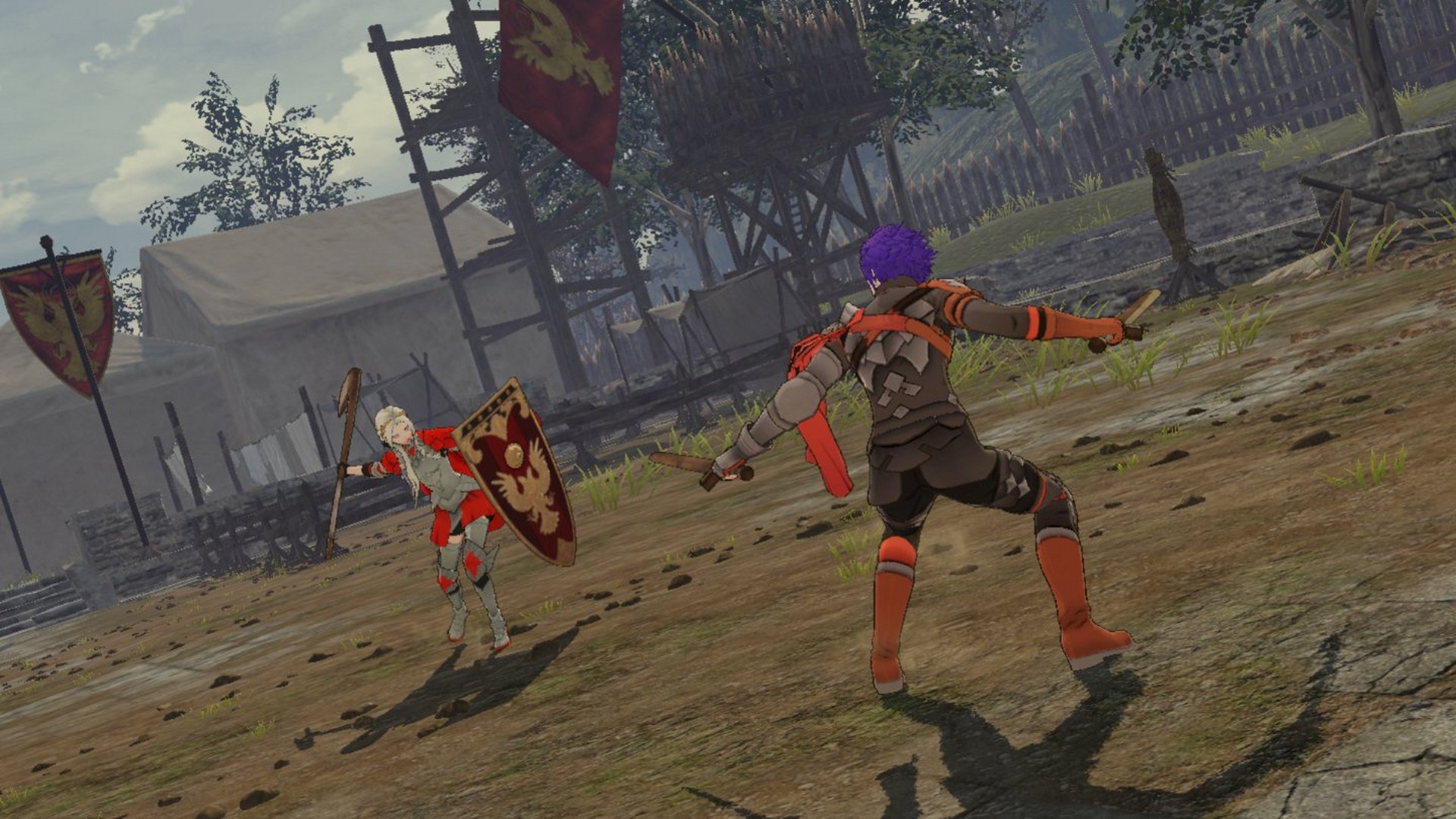 I always like to envision myself as a lone wolf in the ‘Warriors’ games, but team composition and actual strategic foresight become more apparent the further into your journey you venture. With each scenario set in fairly linear and sometimes bland settings, but with open sections for combat, I am free to tackle any group of enemies I want. To maximise my efficiency, however, I was frequently bringing up my map to direct my party members to where their strengths are best utilised, which gave me a meta to chase for those sweet ‘S’ ranks and the ‘MVP’ experience boosts to help level up my crew. No matter who I used, the big combos, combat arts, and magic effects could all light up the screen and throw a screen full of enemies into the air while I delivered a rush combo strike to make the score skyrocket.

The boss fights stand apart from the cannon fodder along the way and are the real meat and bones of the combat. Often the hordes of enemies will just fade in and out of existence and stand idly by, waiting for you to obliterate them. The enemies with health bars will require you to use the dodge and block button if you want to live the marathon of fights you could face. Tackling the seemingly never-ending hordes did grow a little tiresome after an extended play session, given that they hardly fight back. It can be easy to just beeline for the major fights, but by doing this, I ran the risk of leaving my soldiers to die or missing out on materials or points to go towards the coveted ‘S’ Rank.

With so much to offer, it was wild to think you could even bust out the second controller for some old-time classic couch co-op. It does limit the screen size as it switches to split-screen but for a veteran of the days before internet gaming, it was such a pleasant experience to mow down thousands of enemies with a friend at my side.

Fire Emblem Warriors: Three Hopes delivers on the promise of an all-out war with the added bonus of making you care about those around you. With options to make the game as streamlined, easy, or as punishing as you like, multiple House storylines to go back and revisit, and even potential romance options to explore, I could find myself coming back week after week to see what else I could discover. 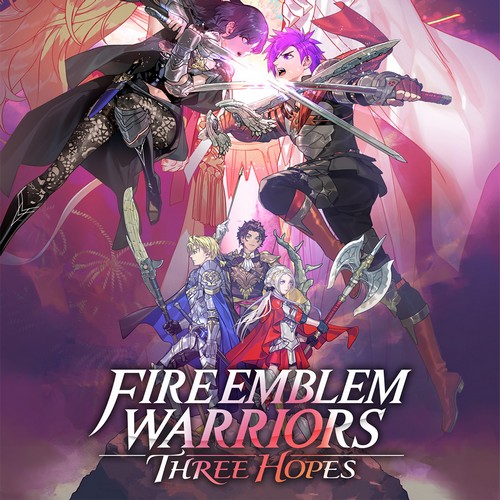