Fly. Punch. Boom. The title says it all. Get ready to “Fly” around a colourful and interactive arena while you “Punch” your pals and then “Boom”- it’s Game Over. Fly Punch Boom gives you all the feeling of an epic anime fighter- however instead of skill, victory is decided by reaction speed and luck. This game is so colourful and fast you’ll think you’re tripping…over in an art studio.

Let’s start with what I can appreciate about the game. The colours are vibrant and attention grabbing. They build up a sense of excitement and energy that makes you want to play the game. That’s a good start. The characters are drawn in a simple art style that is comical and yet each one is unique and entertaining. Lock it in, I’m keen for some gameplay.

Sadly, that’s exactly where this exciting concept loses what could have been a fun game for all ages. The fighting mechanics of ‘Fly Punch Boom’ run by pushing on-screen prompts that flicker across your screen at lightning speed, making it almost impossible to hit the right button. This superhuman task is then followed by a cheeky game of Rock-Paper-Scissors, affectionately renamed Hit-Throw-Counter. Hit beats Throw beats Counter beats Hit. 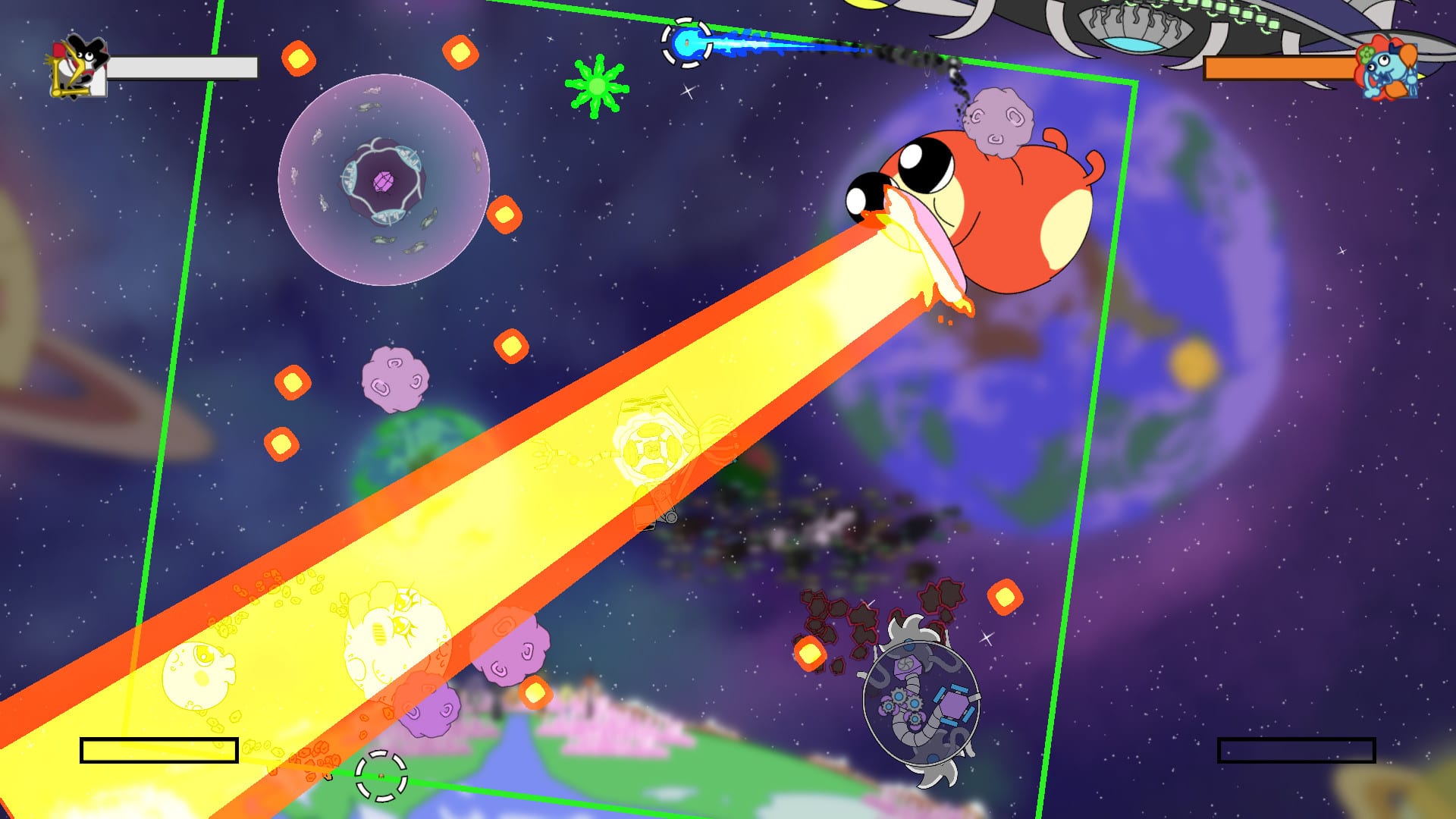 With the speed that these flash on the screen, you’ve got to have the fingers of The Flash to get it right. What’s that? You can manage? Well then, let’s make it that little bit harder again and add a power gauge on top of it, so even with your incredible reaction speed, there’s still a 50% chance you will fail.

Ignoring the difficulty of achieving these timings, the game itself is sort of fun. You fly around the map spear tackling your opponent. Then you’ve got options; you can pummel them with your fists, grab objects from the map and throw it at them, you’ve got teleportation to dodge, and it’s topped off with a special bar that fills up to unleash your ultimate cosmic power and end the fight with one of the multiple fatalities! It’s unfortunate that the game mechanics (which are such a fight in themselves) pull this one up just short of being an addictive game.

Suffice it to say, I’m not the biggest fan. Despite what it makes up for in violent bright colours and sickening energy, it lacks in any sort of real depth. It feels aimed at a much younger audience. Whilst it may keep you entertained for a few hours, the lack of innovation and required skill leaves you with no investment in the game’s outcome and you will quickly tire of it. Fly Punch Boom is Fly Punch Doomed. 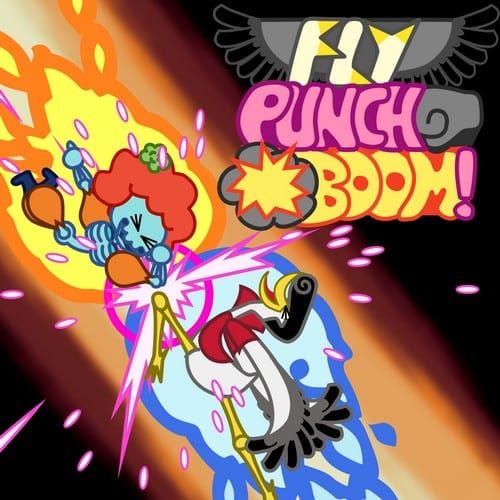 The WILDEST ANIME FIGHT. Fly super fast, smash your friends through skyscrapers and break the planet with one punch! Up to 4 players local & 2 online.