Now, the Forza Horizon series is already an absolutely beautiful game to both play and look at, and just as you think it couldn’t look any better, Forza Horizon 5 comes along and takes the bar to a new level. While Horizon 5 might not do much to re-invent the wheel, it instead continues to keep doing what the series does best, then on top of that, makes small changes and additions which in the end gives players a lot to do and have a blast doing it. Trust me when I say there is a lot to do. The map is littered with all kinds of race types. Road Racing, Dirt Racing, Cross-Country, Street Racing, as well as PR Stunts such as Speed Traps, Danger Signs, Drifts Zones, and Trailblazer courses.

It wouldn’t be a Horizon game if it didn’t have its over-the-top set pieces. The moment you start playing you are dropped from an airplane, landing beside an active volcano. This brings me to Forza Horizons’ stunning locations. The game offers all kinds of biomes such as jungles, swamps, beaches, ancient runes, or derelict airfields. There is plenty to see and explore in Horizon 5. This combined with weather that rolls in as you race such as thunderstorms and sand storms can result in some challenging but fun races. To top it all off is the game’s soundtrack is an absolute banger. Though, if you plan on streaming Horizon 5 I strongly suggest turning on “Streamer Mode” to avoid any DMCA issues. The techno radio station you’re left with will definitely still get the blood pumping. 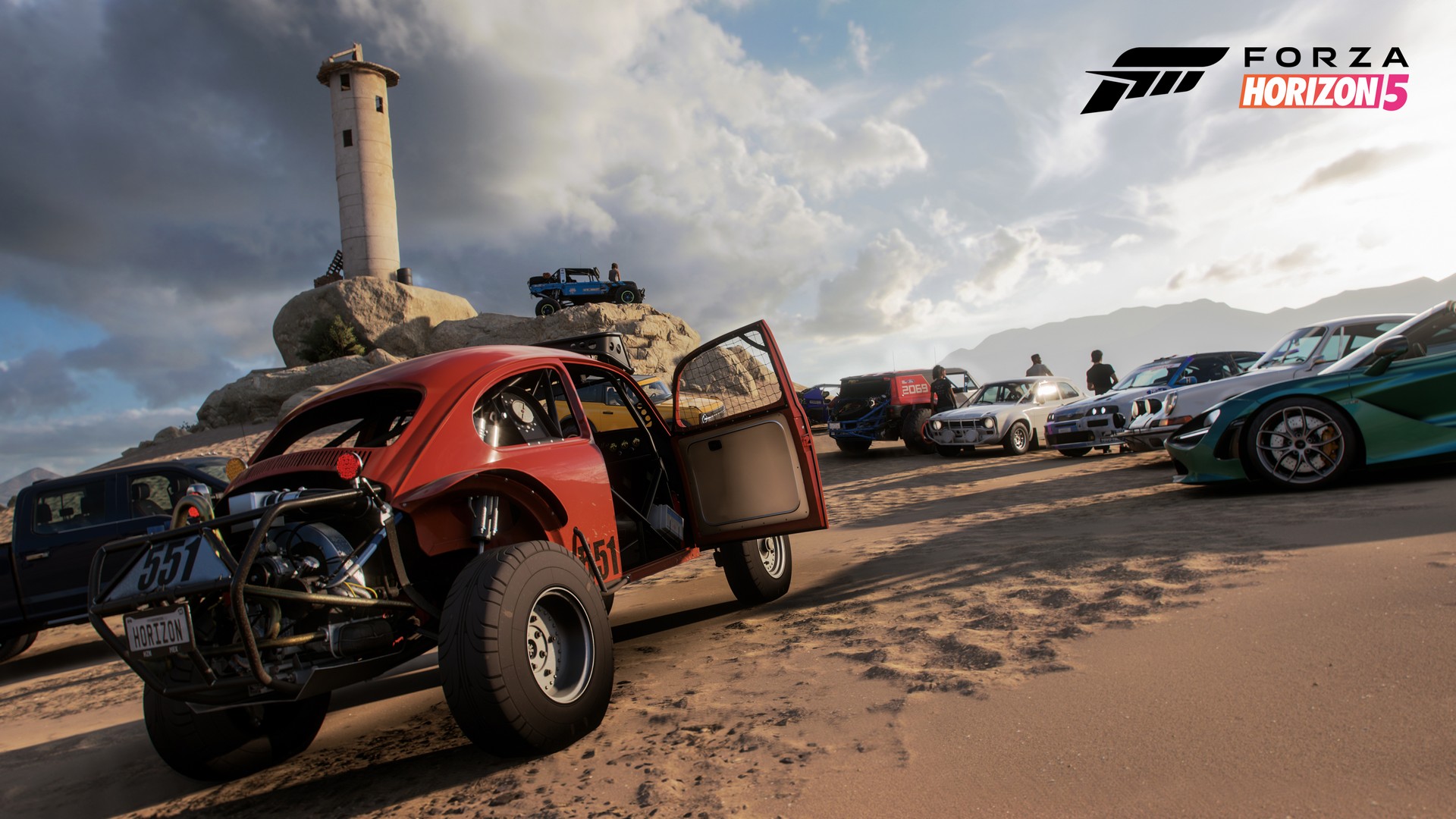 Forza Horizon 5 progresses a little differently this time around. Instead of having a centralised Horizon Festival, as you complete races and activities spread out across your map, the game’s story events pop up and you’re able to spend points to unlock additional Outposts with 3 tiers for each. This was great as you are able to tackle the types of events that you are more interested in playing before moving on to the events you might not be so keen on. If you love playing drift events, focus on the festivals that offer drifting. Prefer PR stunts? No problem. Work on unlocking the festivals that offer PR stunts. You get the picture. The choice is up to you.

Something the Forza Horizon series does right is give the players, new or veterans, the tools to tune the game to their skill level. If you’re new to the series, or racing games in general, the game provides you with a driving line, showing you where you should be positioned on the road, when, and how hard to brake or accelerate to make that perfect corner. You are also able to use its classic rewind feature. Did you run off the road or crash into an oncoming car? No problem. Hit Y on the controller and you can rewind time to a place you’re happy to go back to and try it again, all without being penalized. On the flip side, if you’re a veteran of the series, you can turn all those features off to give yourself a real challenge.

All the cars feel and sound like their real-life counterpart. Controls are smooth and very responsive. If something feels like it could do with a few modifications to help win that race you keep losing, Forza Horizon 5 comes with a large array of settings and accessibility options to fine-tune your car to help make it suit your requirements or even just your play style. 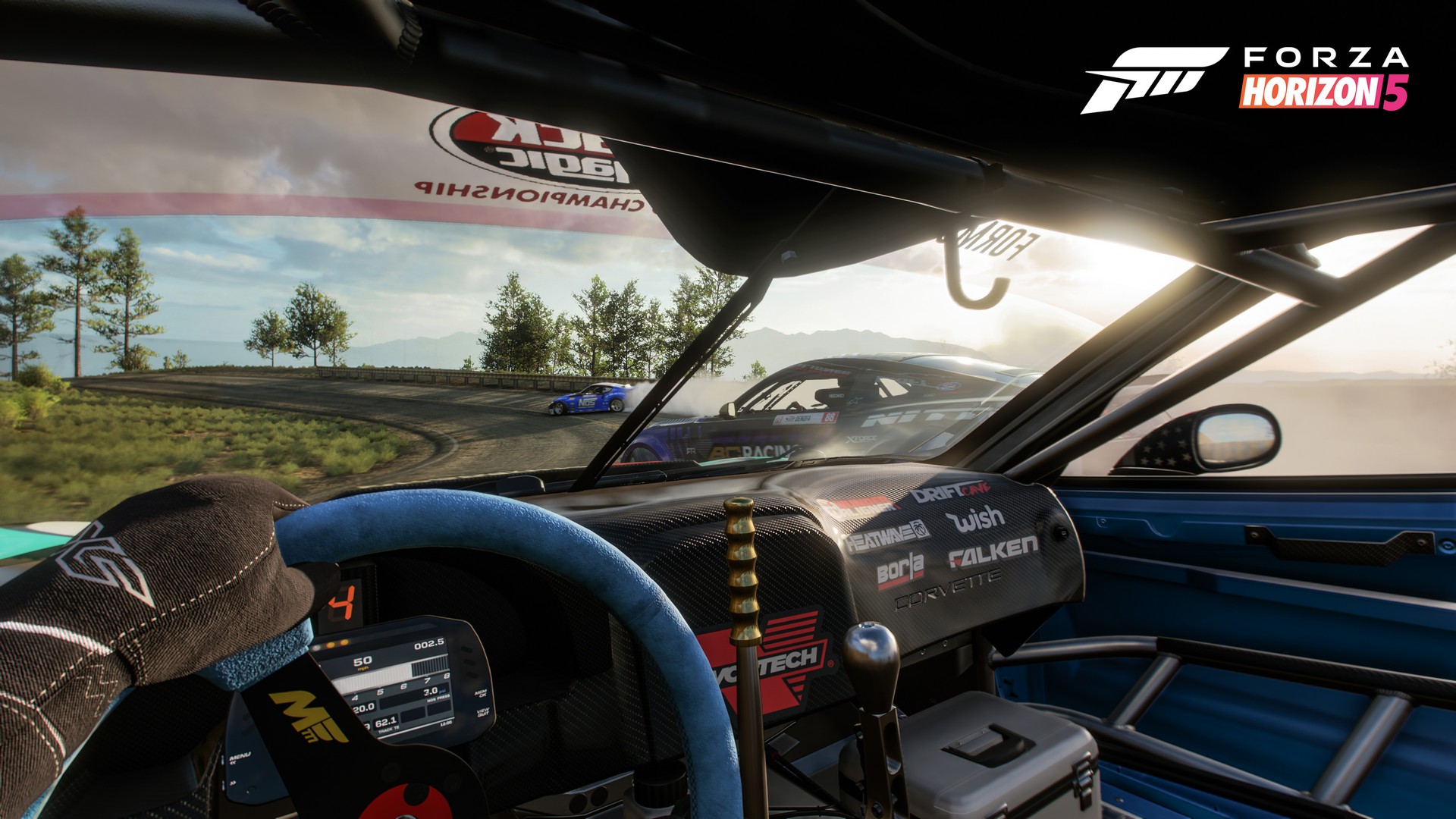 For all you collectible hunters out there, barn finds are back, as well as finding murals and famous landmarks. “Bonus boards” also make a return earning you some additional XP. There are even Accolades to collect that are unlocked by completing in-game challenges. Completing Accolades will reward the player with cars, XP, or other in-game items. Once you’ve accumulated enough Accolade points, you’ll unlock a new “Expedition”.

Expeditions, or “Outposts”, are essentially another Festival site. Once you arrive at a new Outpost, you complete a few challenges within the area and the Outpost becomes unlocked. There are a total of 6 Outposts to unlock and once unlocked you’ll have access to different racing disciplines as mentioned earlier. By the time you’ve unlocked a few of these, your map is going to start looking pretty busy. I did mention early there is A LOT of stuff to do in Forza Horizon 5.

Multiplayer continues to evolve with modes like Horizon Open, which is divided into Racing, Playground Games, Drifting, and the Eliminator. Another is Festival Playlist, though because the game doesn’t officially kick-off for another week, you’re only able to take a bit of a sneak peek at what to expect in the Festival Playlists. Forza Horizon 4’s Forzathon Live makes a return, though this time it is called Forza Arcade. Here you can participate in a variety of minigames confined to a small area of the map that you can also challenge your friend in or with other nearby players. Co-op remains pretty much the same with much of the campaign playable with friends, and something that is entirely new is, Horizon Tour, a co-op racing playlist. 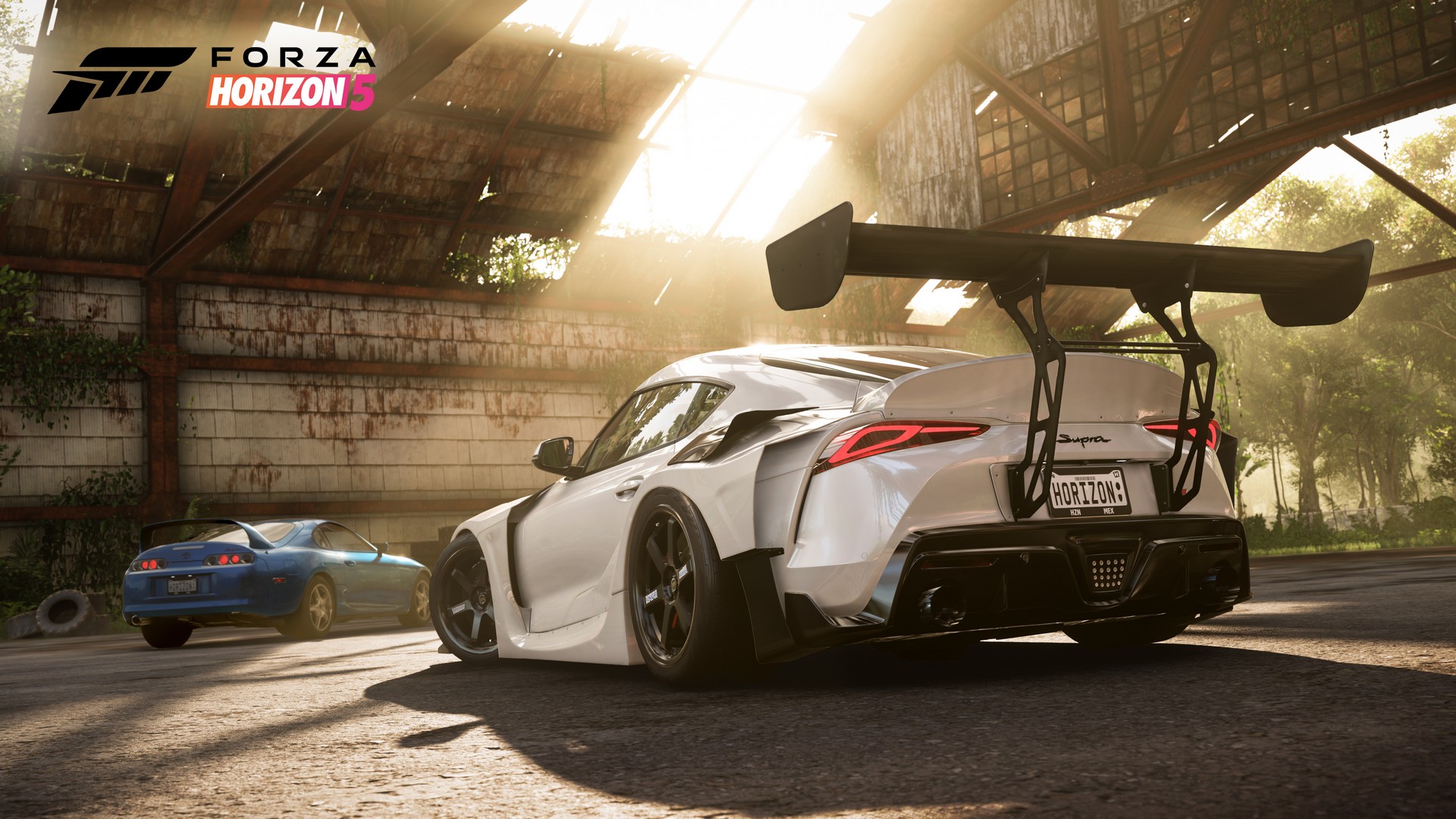 On top of the multiplayer offerings, Forza Horizon 5 continues to support user-generated content such as the paint job editor, and now something called the Events Lab. In Events Lab you can create and share your own races by placing down checkpoints along with race rules that online players can check out and attempt.

While you are busy doing everything I’ve mentioned above, as you play you’ll collect outfits and emotes for your character, different sounding horns for your car, new phrases for the Forza Link player communication system, and of course new cars for your collection, which you’re going to want to collect because there are over 500 cars in Forza Horizon 5 to get your hands on.

Playground Games has done a stellar job with Forza Horizon 5 capturing the look and feel of Mexico, and is everything you’d expect from a Horizon game plus more. Forza Horizon 5 has absolutely breathtaking locations, fun and satisfying driving mechanics, and plenty of content to sink your teeth into, all while taking on your friends. If you’re a Forza Horizon fan, or even new to the Horizon series, Forza Horizon 5 will not disappoint. You might even end up like me and find it a real struggle to put the controller down. “Just one more race!” Explore the vibrant and ever-evolving open world landscapes of Mexico with limitless, fun driving action in hundreds of the world’s greatest cars.