By StacefaceMayhem on July 6, 2019 on Reviews, 6 More
close [x]
Tweet
No Comments

Platforming games are a bit of a retro gamer staple. They have been around for a long time, so in saying that, it is very hard to be innovative on a tried and tested genre. What will the delightful platformer ‘Furwind’ by Boomfire Games do to make it stand out from the masses?

We open up like a traditional fairy-tale book and as the pages unfold on this narrative, a very generic good vs evil fable is laid out in front of us. You play as our protagonist, Furwind, a whimsical and proactive fox, on a mission to cleanse the jungle of evil. Sent forth by the chief of a local clan as the chosen one, Furwind must fight the evils of a dastardly cult, collect amulet parts along the way and defeat the one true darkness that is threatening their existence. Furwind as a character isn’t very interesting, and I just wish more character development was established for him as I felt he deserved more of a personality, to feel any sort of investment in his journey. The game has over 15 levels, full of enemies, mini bosses and main bosses to fight through, using different attacks you collect along the way. While the enemies aren’t that particularly interesting, each boss fight is certainly the opposite, and worth the wait to get too. The moves are quite typical with jumps, stomps, tail whacks and dashes. Weirdly, the interface is confusing with a health bar that doesn’t fill till you buy bars, and also the character has a stamina bar, a bizarre choice for a platformer. It was bad enough health was stingy throughout, let alone putting a limit on how many moves you can achieve when fighting a bigger boss. I did not feel this added challenge, just irritation to the mechanics.

As you traverse levels you collect gems, which are essentially the in-game currency. These can be used to buy stat boosts and more annoyingly purchase your own checkpoints. These bought checkpoints increase in price as you progressively die. This feels like a cheap attempt at a risk and reward style when the game at times is already difficult. On that note, in saying the game is difficult this could be more so because the controls at time seem like a constant struggle. Platformers need tight controls since it requires so much precision, however in Furwind, attack hit points felt off on the Nintendo Switch, leading to many unnecessary deaths, and rage quits. Jumping to at times seemed awkward, especially in levels where timing needs to be on your side.

The levels are beautifully designed, each unique and taking multiple paths for exploration. While most levels are the typical trawl back and forth blindly through style, a few cool side scroller ones do appear (most memorably the nightmarish sequence with the shadowy, armed mist) and challenges such as releasing prisoners do spice up the experience. The 16- bit pixelated art style also added so much charisma to the game, that I couldn’t wait to see each level’s environment and the amount of detail added to it to make it come alive.

Overall, Furwind is a decent platformer that is beautiful to look at and fun to play despite the at times clumsy controls. While the story is generic, it is challenging enough to keep you entertained through its effective use of level variation. While it probably wont be a classic, this is one solid platformer to add to the collection. 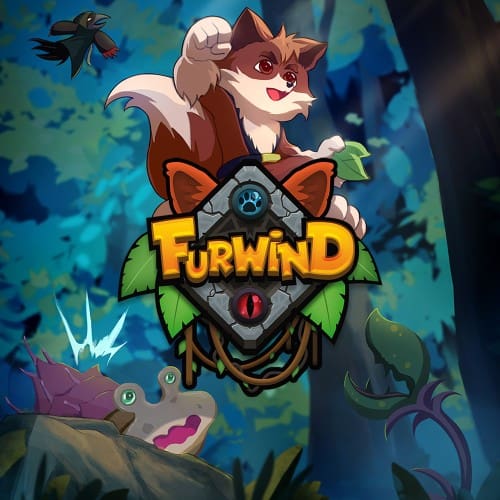 Furwind is a colorful, pixel art style, action-platformer game that evokes the challenging classics of the old days. Embark on this epic adventure in which a little fox will fight the ominous darkness that is invading its world.