By StacefaceMayhem on December 15, 2017 on Reviews, 5 More
close [x]
Tweet
No Comments

Car games are my go to for when I want to just relax, bizarre right? There’s just something mind numbing about driving around a track, just concentrating on the black road in front of you. Even in real life, when stuff gets tense, in the car I go, and off I drive. I like the escape.

Gear.Club Unlimited by Microids and Eden Games is one of the more serious racing games to appear in the Nintendo Switch line up. Gear.Club Unlimited is based on a mobile version and has been ported over to the Switch with some new bells and whistles added to improve your racing experience, but did it really?

Like any typical racing game, you need to earn your way up the ranks, starting small, winning races, getting cred (XP), cash to unlock areas and to buy and upgrade new cars in the campaign. The unique aspect is its mobile roots that shine through but without all the microtransactions and really grindy elements. In this game, you have the opportunity to build your own performance centre with different workshops such tires, cosmetics, engine etc. to upgrade your cars. XP from races upgrades your level unlocking items, dealerships and areas, while getting 3 stars in a race will give you sweet cash to actually buy these things. Some may feel this is a tad lame, but to be honest you spend a lot of time in there, and someone that is quite OCD like myself would enjoy organising the layout your performance shop, with myself placing things, paint and cosmetics workshops close on the floor for convenience. The cool inclusion of achievements and missions, make the grind worth the while as you can earn so much more cash, more quickly.

Firstly, though not even shining a torch to Forza, because dam son nothing compares to Forza, you do in fact see the influence it has on games, like this one. I was pleasantly surprised that each car actually drives differently, while no simulation racer, it does feel a step above an arcade-y style one. Heck, I felt the actual driving felt better than some current Xbox games, its up to you to decide which ones. It even has a rally mode, with the cars skidding and drifting round corners, and installing the rally workshop means each and every car is up for grabs to be your next dirty rally demon. It also has drive assists included, which while completely activated means a mind-numbing experience, however when taken off entirely it wasn’t an impossible shopping cart drive. It was certainly better without the assists. My only criticism of the actual gameplay is the AI. They aren’t really challenging in the slightest. Even when you bump into them you just kind of pin ball a bit to the side and keep driving. No wipe outs, and definitely no cosmetic damages to fix. With only local too, no online, it is a tad disappointing when the Switch is all about community that you can’t hone your skills amongst the best. Coming back to the point of local play (up to four players on one screen though, this is a concept Nintendo has nailed, having split screen means fun for family, something you can certainly do in this game.

Visually, I was shook. Shook because the game actually looked quite impressive. At 720p, in handheld mode, I felt it was quite well-defined and I preferred it to the docked TV version, where the backgrounds became a bit crude compared to the actual cars. The cars looked great, and you can do things I didn’t expect such as pop doors and bonnets, which you can’t even do in NFS: Payback. It runs crisply at 30FPS but is also fun to play with a pro controller on a big screen. Overall, Gear.Club Unlimited is a solid break into the racing game genre on the Nintendo Switch. While not the best game and certainly not worth the shocking $79 it is tagged as at JB Hifi (for a mobile ported.. you kidding me?), it’s not a bad game with quite a bit of variety. True to the Switch it is definitely a game you can play on the run, and at times I found it hard to put down. I look forward to seeing what else gets ported over in the future as this was one of the better attempts. 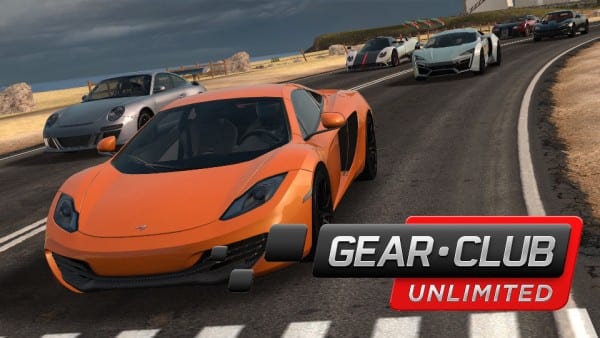 For the first time on Nintendo Switch, drive through an authentic world of cars with Gear.Club Unlimited. Get behind the wheel of the most incredible cars from the most prestigious manufacturers. Race through over 400 challenging races.