Ghost Blade HD is a new top down shoot’em up available for the Nintendo Switch. Sadly, it fails to hit the nail on the head before it even begins, as it doesn’t really offer anything new to the genre. Instead, relying purely on nostalgia to pull in players. Expecting you to have prior knowledge of this game style, you’re simply thrown into the deep end as soon as you’ve selected your character. While there is access to a training mode, it still doesn’t give you any direction, and simply allows you to choose the number of lives and bombs you start off with, playing the first mission until you run out of lives, or complete it.

The controls are straight forward, with the stick moving you around the screen and the buttons controlling your weapons fire mode. “A” will give you a wide spread shot; “Y” focuses your fire; and “B” drops the bombs that you collect throughout the levels. While this will sound simple enough, there is so much happening on the screen at any given time that you can easily lose your position. Sadly, this will only get worse if a friend picks up your spare joy con with intentions of helping you out. 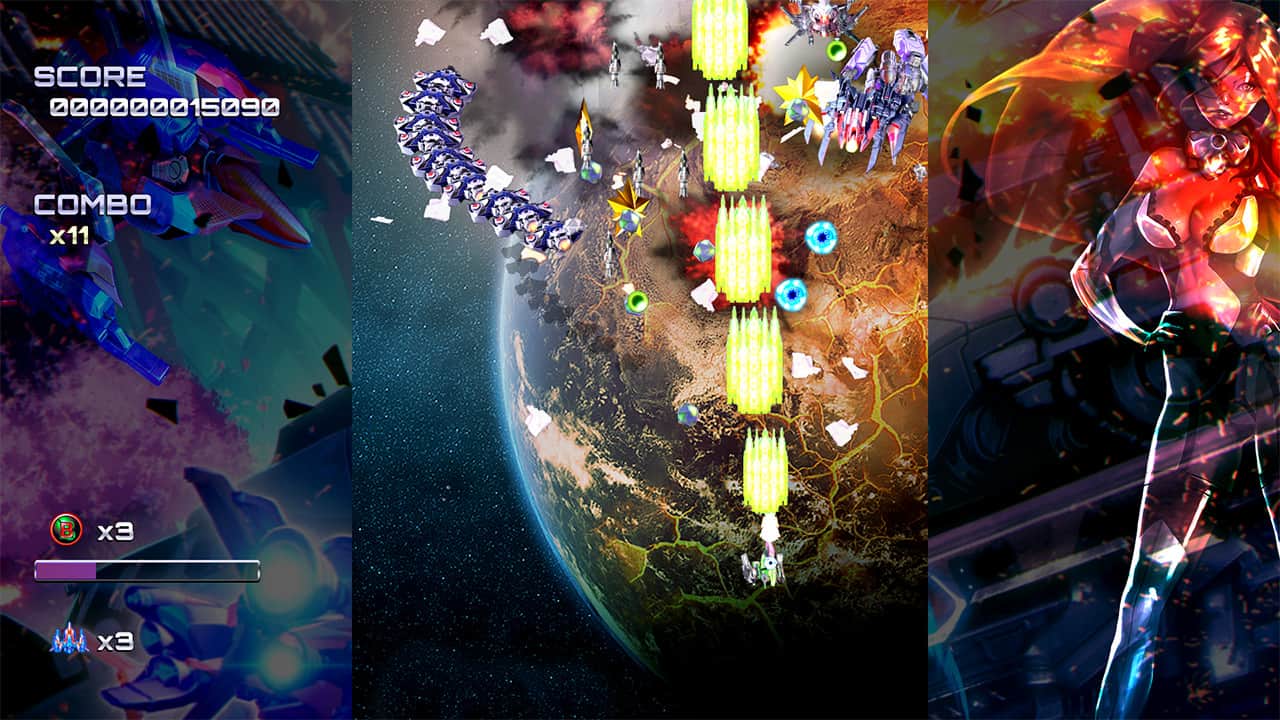 Ship models are actually quite detailed, offering a few unique designs to choose from. Given they are 3D models being piloted around a 2D space, they look very effective in both portable and docked mode. The only down side I found, is that Ghost Blade HD has too much going on for your to truly appreciate the designs as you’re flying about, blasting ships, dodging bullets and collecting stars. At first, the game was very confusing; you don’t know which item on your screen is a collectible and which one will damage your ship. It took several attempts to work out what I could collect and how I needed to pick it up, finding myself restarting levels when trying to collect glowing green orbs that in any other game would portray power ups. Enemy fire however, was a little easier to work out, as pulsing pink particles would move from enemy ships in your direction.

Ghost Blade HD borrows its artistic style from just about any anime you’ve ever seen, with its scantily clad female pilots offering nothing except for some eye candy to the game. Choosing 1 of 3 pilots changes absolutely nothing in the game, save for a little anime girl posing on your screen as you blast away at your enemies. 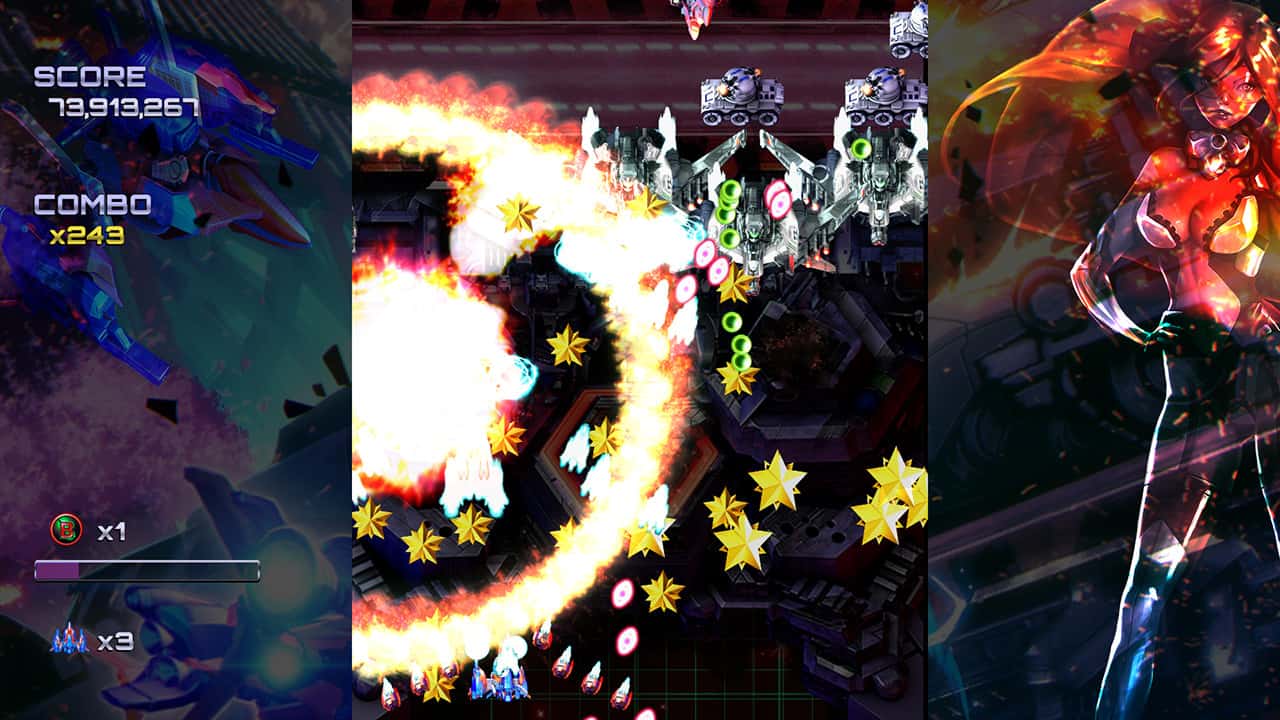 As frustrating as game play was, the audio was even worse. While it was obvious they were aiming to have the music as fast paced as the game, the extreme tempo and harsh notes quickly became annoying and soon after gave me a thumping headache, forcing me to play in complete silence to save my sanity.

Overall, I wasn’t impressed. 2Dream and Hucast have focused too heavily on bringing back the 80s. With its over sexualized characters, seizure inducing combat and abysmal game play, Ghost Blade HD feels like it suffers from an identity crisis. The only redeeming feature on offer, is that the ship designs are pretty awesome, but that really isn’t enough to keep people playing. 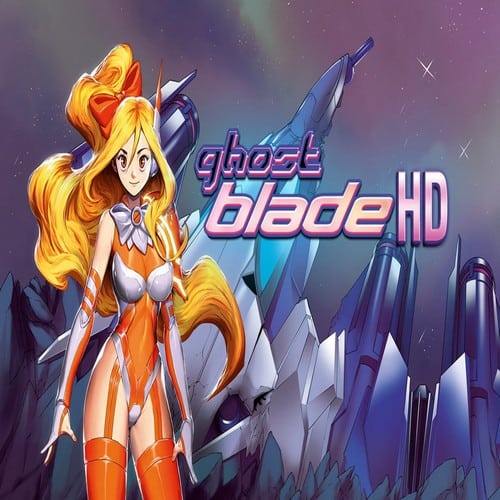 Ghost Blade HD is an intense bullet-hell shoot 'em up game, with satisfying and addictive score-based gameplay. With its inspiration going back to the shooting games of the 1990s era, Ghost Blade HD ties old memories to current tones and techniques.