I’ve always been a fan of open world games. Skyrim, Fallout, Grand Theft Auto, all games that have huge open worlds you can explore and a virtual treasure chest of things to discover.

When Ubisoft released The Division and Ghost Recon: Wildlands, I spent countless hours roaming the environment, trying my hardest to find every little secret I could. Then The Division 2 came out, and we were once again gifted with a beautifully detailed world to explore. They remained true to the original, with game play streamlined, but generally kept the same. With Ghost Recon: Breakpoint to be released on the fourth of October, will we see the same love The Division 2 received? 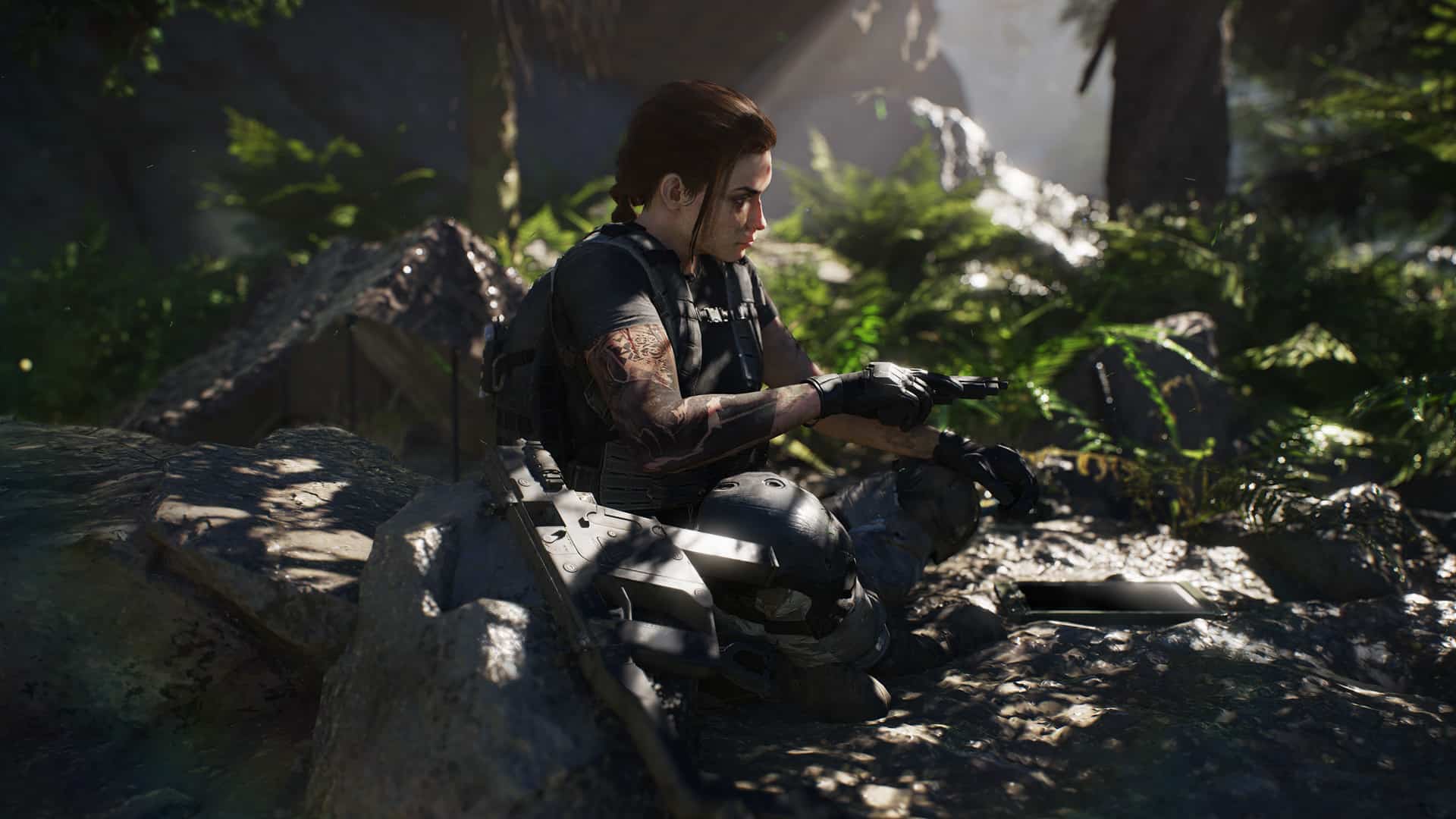 Given I was a huge fan of Wildlands, more so over The Division, it was a little bit disappointing to find it was following the same path. No longer were you a small team of elite Special Operations soldiers, being able to command members of your squad when not playing online with friends, but instead Breakpoint follows the footsteps of The Division, where unless you have a fireteam of friends to play with, you’re doing it alone.

Either that, or you must rely on an online matchmaking system and hope that the random players have some form of skill. Requiring an internet connection aside, the game itself plays incredibly smooth, as we have come to expect from Ubisoft and anything associated with Tom Clancy. The social areas, home bases if you will, support a decent number of players within them at any given time, having not experienced any lag while I wandered around picking up missions from NPCs. The controls are very familiar, working the same as previous versions of the game as well as The Division.

The character is nice and responsive, changing direction, snapping off shots or dropping to the ground as quickly as you press the button. My only real gripe here, is that when you’re interacting with other characters or objects in the world, they don’t stipulate that you need to hold the button down. Countless times I found myself tapping the button wondering why nothing was happening, before finally figuring out that there was a tiny, almost invisible “loading” thing that showed up when trying to speak with an NPC. 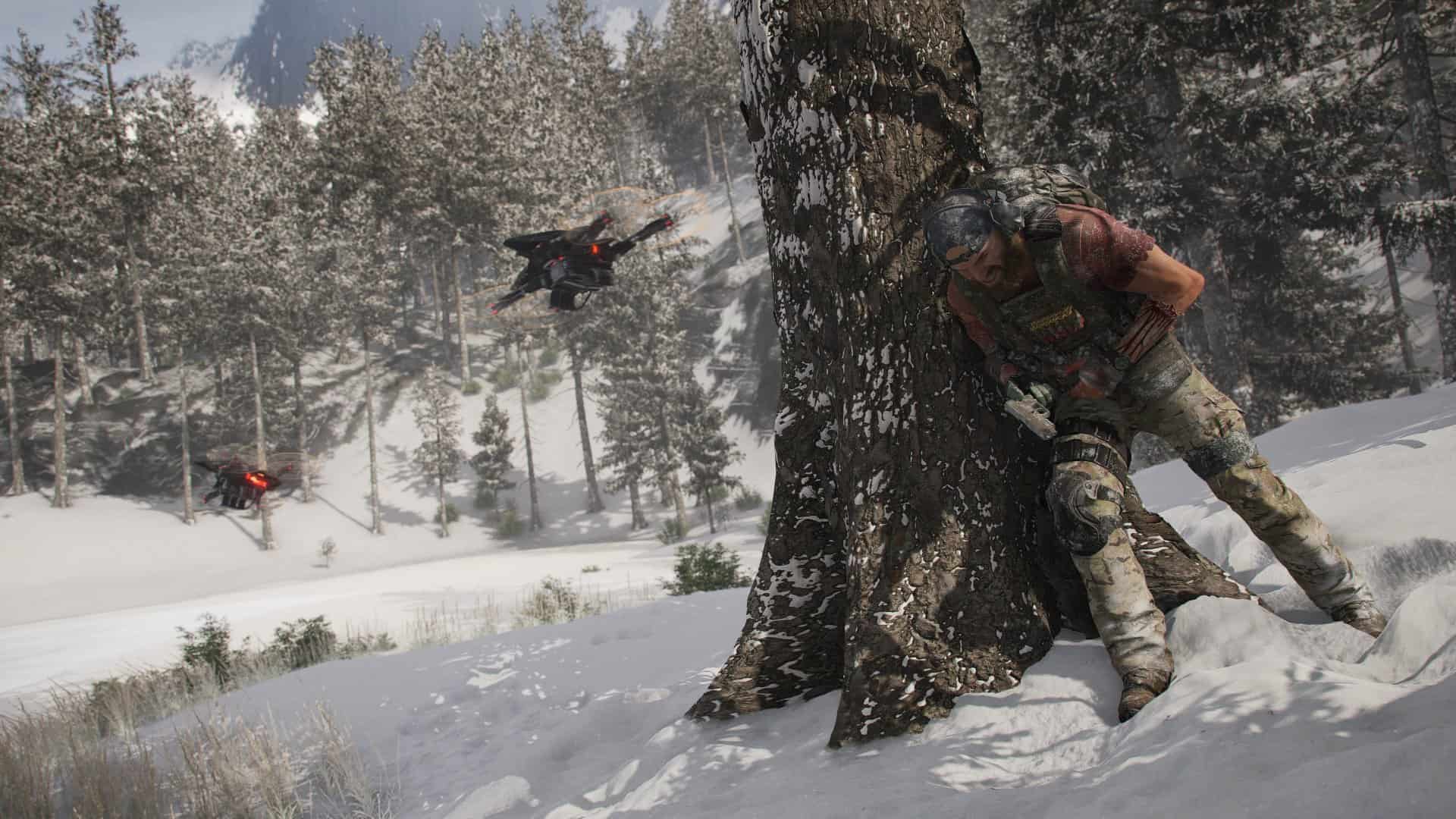 For the most part, the game is beautiful. Set on an island somewhere off the coast of New Zealand, you’re surrounded by tropic forests and snow-capped mountains, dotted with military outposts and the ruins of abandoned research facilities. Huge cave systems make room for small communities as they hide away, continuing their research uninterrupted by the military mercenary forces who have taken over.

The highly detailed world is unfortunately let down by characters and NPCs that barely register emotion and the occasional distortion at critical moments. Several times I was trying to scope up on an enemy, only to have the lens flash awkwardly as if different layers were trying to be in the same place and fighting for screen time.

Early in the game, while being handed what I assume was my drone, the character giving it to me picked up what I can only describe as an item sheathed in a low budget 90’s cloaking device, briefly flickering into existence before the cut scene ended. I only assume it was a drone, as when the cutscene was over I and I’d left Erewhon, the first friendly encampment you come across.

Even one of the first cutscenes, the biggest of the bad guys had some issues with graphics, making me think that perhaps he the Imperial training droid Proxy, sent by Darth Vader to continually test his Apprentice Galen Marek, and its holographic transmitter was starting to malfunction. It wasn’t game breaking, but I certainly expected better given how well The Division 2 was received. 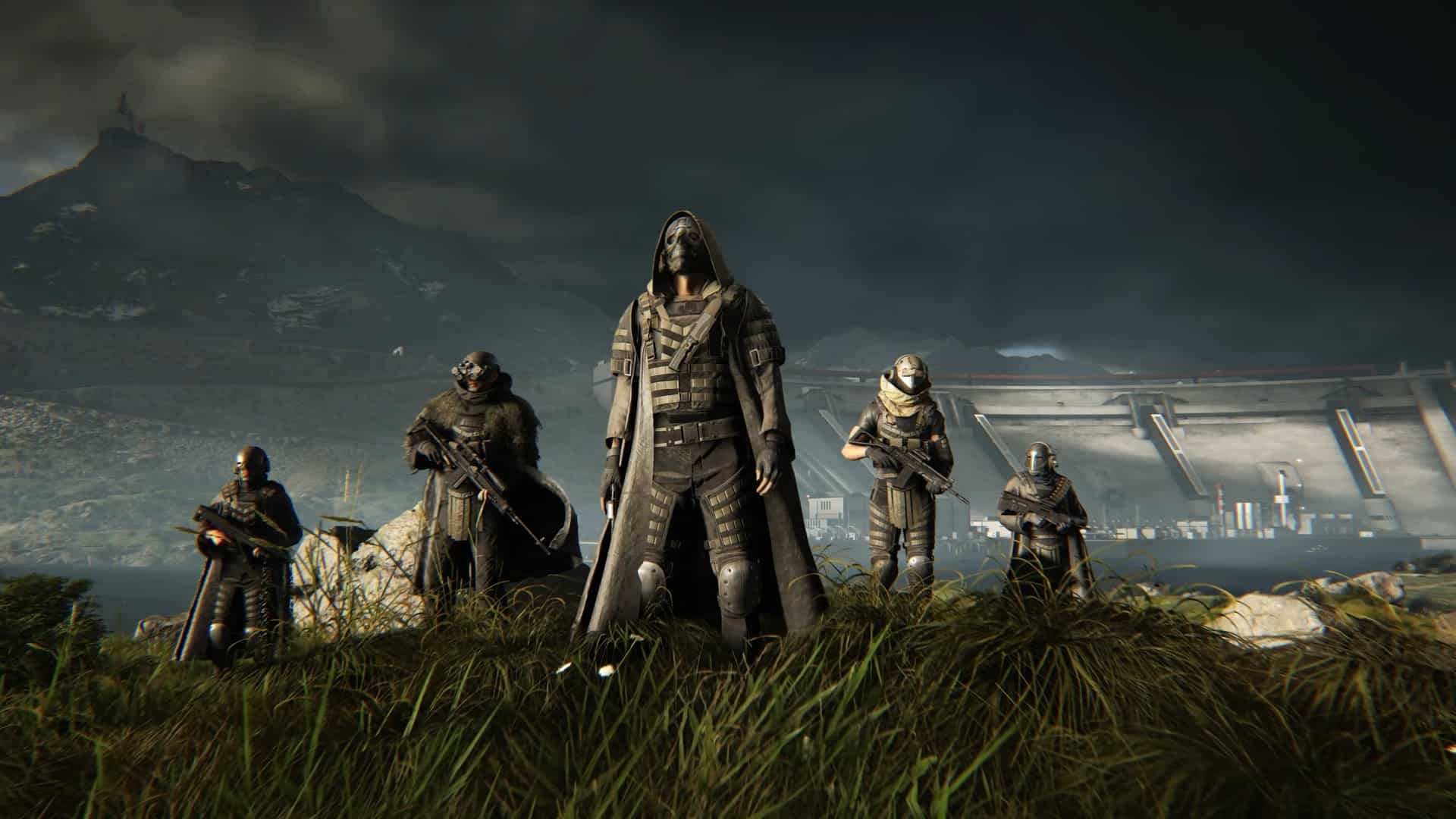 As you would expect from a tropical island, Ghost Recon: Breakpoint is full of amazing atmospheric sounds. Exotic birds chirping and singing in the distance as the wind rustles through the trees; the crunch of your feet as you stroll through the leaf-littered undergrowth.

These beautiful, natural noises are polluted with the roar of fuel guzzling recon vehicles, screaming along mud tracks without changing gears; The tell-tale thudding of helicopter rotors as the fly overhead or the incessant whine of a drones propellers as the skim through the trees hunting you down; The crack of your rifle as you line up that perfect headshot, or the repeated snap as enemies return fire. Each sound is just as unique as the weapon or vehicle that is producing it, leading to a very immersive experience, and as much as the character models lack expression, if you listen to the voice acting, you feel a real sense of urgency in the situation developing around you.

Breakpoint also introduces a new PVP mode, something different to what we have seen in The Division and unseen in Wildlands. Pitting two four player fireteams against one another in open and diverse environments, players will have the opportunity to show their dominance in Elimination, where teams fight it out to defeat the opposing team. As you battle it out, the play zone will shrink away and re-locate in a similar manner to PUBG, forcing passive players to be more active in locating and eliminating their enemy. 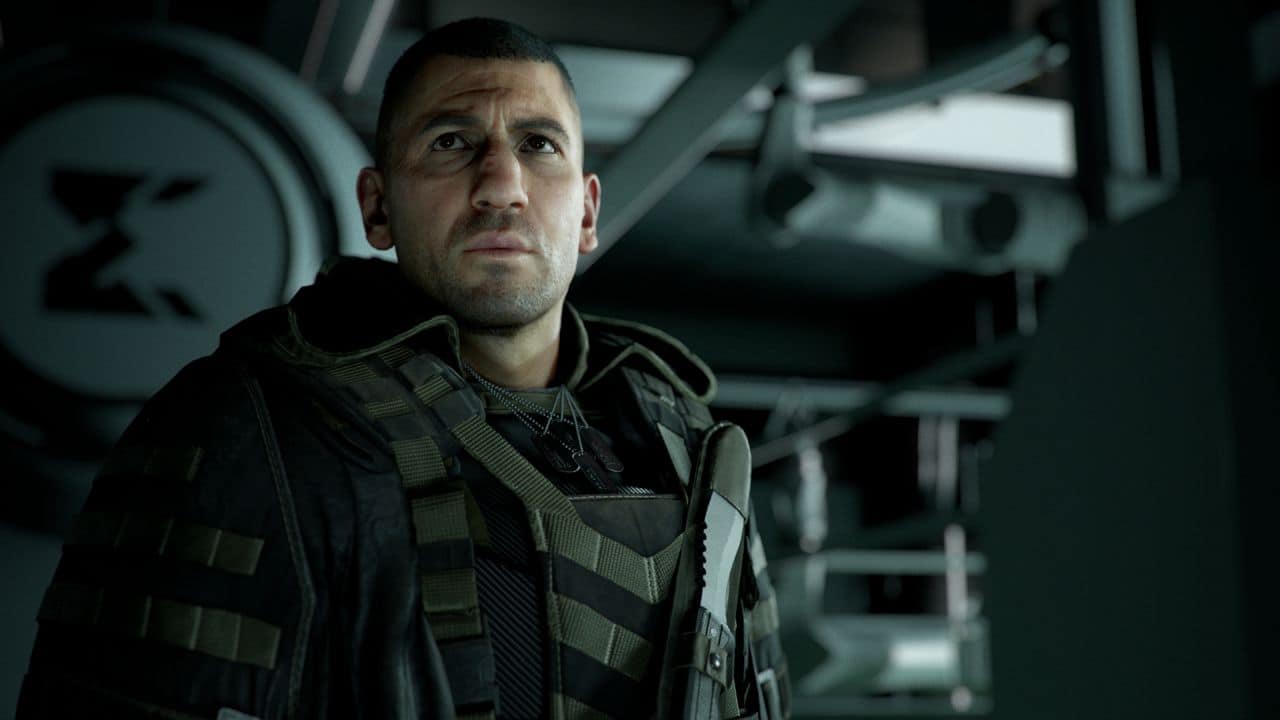 At the end of each round, the blue bubble will shrink and move, damaging players caught outside. For those of you wanting something less like a battle royale, Sabotage grants you the opportunity to be a touch more tactical, sneaking your way around the enemy position to plant a bomb before ducking away to prevent the enemy from diffusing it, kind of like the classic Counter Strike modes I so fondly remember.

It pains me to admit it, but Ghost Recon: Breakpoint for me was a bit of a let-down, feeling far too much like The Division. I don’t mind having to play online and the PVP modes were a welcome addition, but I really enjoyed having the option of playing with friends or a team of AI that I could easily control.

Beautiful graphics are ruined by glitches that manifest in a way like digital TV interference does and characters look emotionless. While this isn’t something game breaking, it was certainly annoying. I have also heard of issues with the servers failing on a few occasions, meaning players could not enter the game at all. This is something I have only experienced on my very first start up and have not encountered this since, but I can certainly appreciate the frustrations those people who paid full price and pre-ordered would have gone through.

I had high expectations for this game, and I feel that Ubisoft have dropped the ball a bit with this one. It’s a good game, but it wasn’t as polished as I feel it should have been, especially considering how close it is to The Division 2. 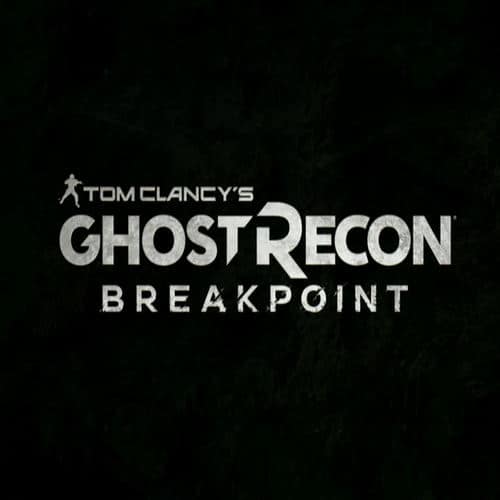