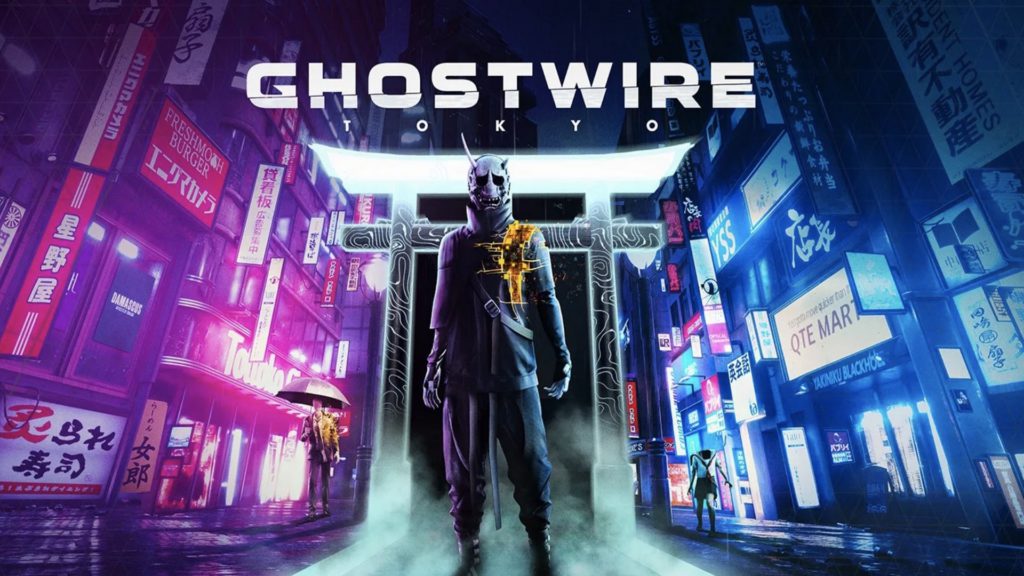 I don’t know about you but I think I fell in love with the thought of ‘Ghostwire: Tokyo’ when Creative Director, Ikumi Nakamura bounced around the stage of E3, 2019. While Ikumi left to create her own studio that same year, Tango Gameworks has produced a thriller, action-adventure title that definitely holds up to all the excitement.

In the most peculiar way, we are thrust into meeting our protagonist, Akito. Akito is suddenly, against his will, infused with the spirit of a mysterious yet oddly charming man named KK. As a soul-sapping fog blankets the city of Tokyo, an evil, Oni-masked man spirits away the mortal vessels of every person in the city. Akito and his spirit brethren, KK, both have their own agendas of revenge and must save more than the spirits of Tokyo while demons known as “Visitors” prowl the streets.

Upon initial thoughts and due to Tango Gameworks’ reputation, Ghostwire: Tokyo, on face value, appears to be a horror however the narrative is more a mystery thriller. There are some jump scares and ghoulish enemies but these do not playoff in typical horror game fashions. I preferred this direction because the slide-in of other Japanese pop culture and cultural references, while not necessarily scary, brings it all together in a neat little parcel. This is one narrative so intriguing that it will make you want to pump through the main mission especially since the banter between KK and Akito is very father-son like in their dire situations, but I don’t recommend it as there is so much to see and do in this haunting and creepy Tokyo. 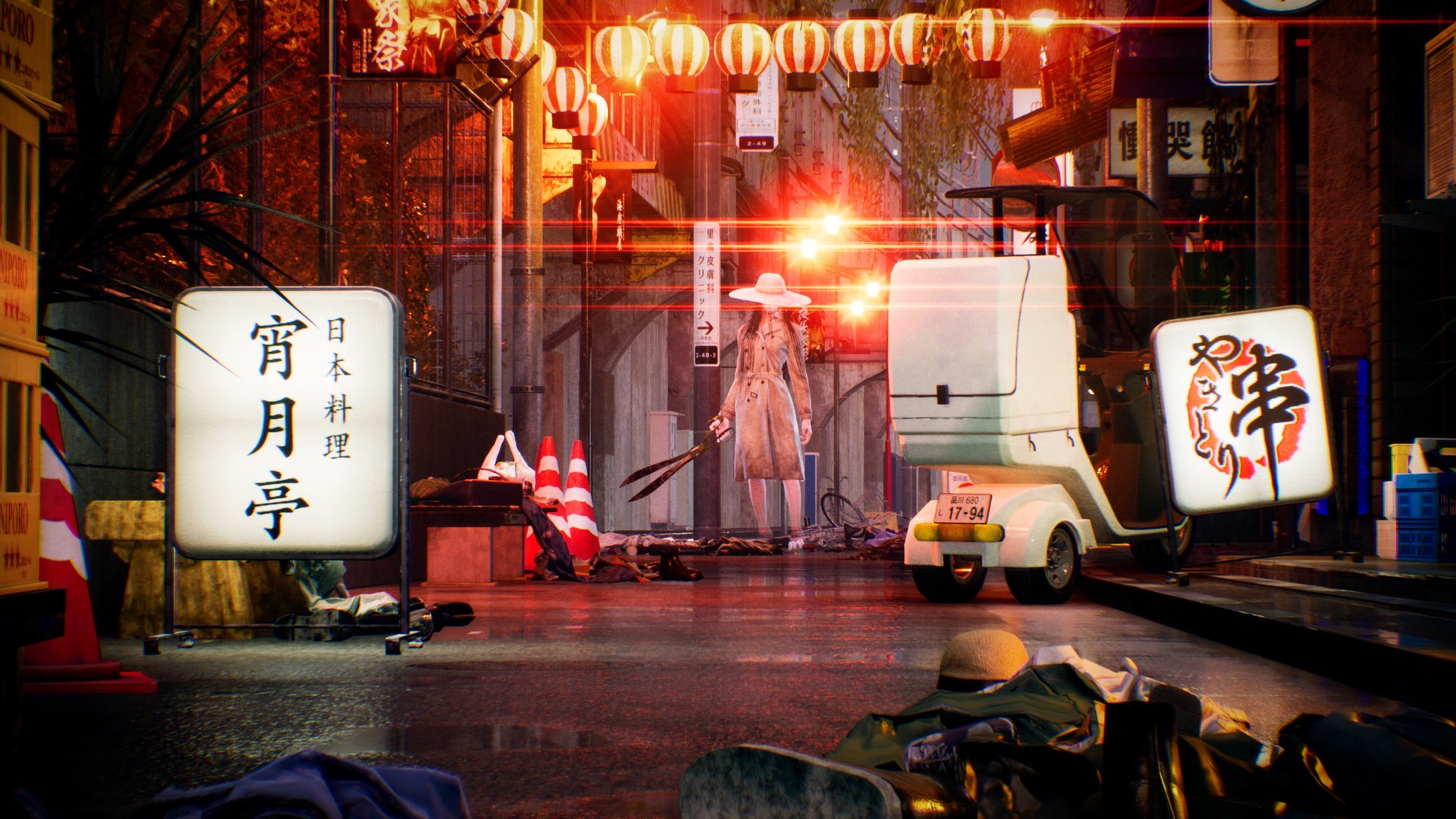 The game requires you to sneak, parkour, or pure full-send your way through the streets of Tokyo, cleansing Tori Gates to clear the fog while purging the Visitors lurking in the darkness, to collect the lost souls of hundreds of thousands of people. This creates more and more of an open world for you to explore and with a glide mechanic, you can grapple a Tengu (a yokai: a flying mythological creature) and skip across the rooftops. Yes, this game is loaded with mythological Japanese cultural creatures, and they have all crawled out the woodwork now humans have left this plane.

Due to sharing a body with KK, Akito has access to a range of spiritual weaving powers such as wind, wire, water, and even a spiritually boosted bow to inflict ultimate damage. These ethereal powers are used to extract and literally tear the power cores of the various different enemies from their bodies. It is so visually pleasing to chain these combos together and pull their bodies out of the living world. These hearts boost your health whilst banishing them to the other side. As they explode they scatter coloured ethereal crystals needed to power each coloured magical skill which can also be collected from other objects that have spawned in from the other dimension. To help you, you have the ability to sneak up and extract their heart directly or use stun, decoy, obstruction, or extraction paper talismans to assist in making the job easier.

You could potentially get trapped into a hole of using the same powers, but honestly, that would be boring and the most powerful skills, aka Fire, are limited in power levels compared to say wind, thus being easily depletable. Smart move Tango, as this forces people to mix it up for more challenging enemies as you run out of charge. 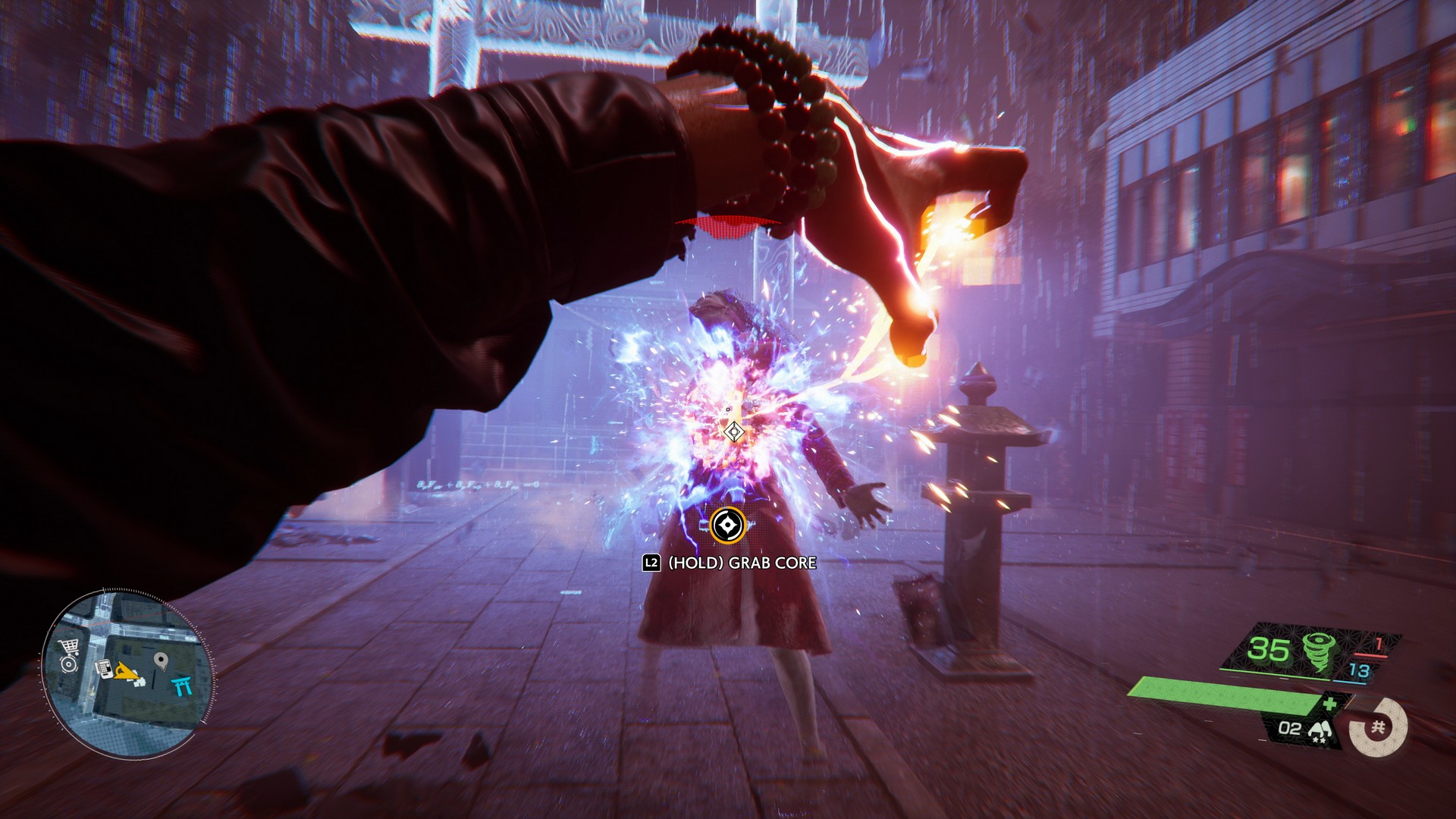 The sheer amount of game mechanics this game has is through the roof, however, each is executed in such a way you never once feel overwhelmed and pretty much can execute them perfectly as they are mapped out so well with button inputs and are easily accessible.

There are also lots of side missions, and while they are the typical retrieve and deliver types, some are really interesting experiences with Yokai and conversations with helping lost souls. There are also so many collectibles all over your map it will burn your eyes but each is a unique item with a backstory to match. They are actually worth collecting for once, which is so nice. There will also be prayer beads to find that will buff certain powers so pick which ones you will use carefully.

The menu is easy to navigate and manage despite the large amount of customisation and skill trees. Akito has skill trees for more passive abilities that buff things such as his glide, damage outputs, and other useful minor skills, his magic, and his carryable items. My only wish was that the skill trees were a little more in-depth. They are quite basic and a visual cue in the use of the magic in how it is upgraded would have been a nice touch.

He also has outfits to change that you can buy with money found throughout Tokyo from Nekomata (Yokai: mythical flying cats) spread throughout the streets or as rewards for side missions. These cat vendors and bodega owners are easily one of the favourite characters in the game, often found meowing tunes to themselves. The outfits are so diverse that I had Akito looking like a typical Japanese streetwear kid, a nerd, a ninja, and finally, an e-boy in seconds. As well as cats, man’s best friend, the dog, makes an appearance, and as well as petting them they are useful too, leading you to money and hidden mini shrines to increase your magical crystal levels. 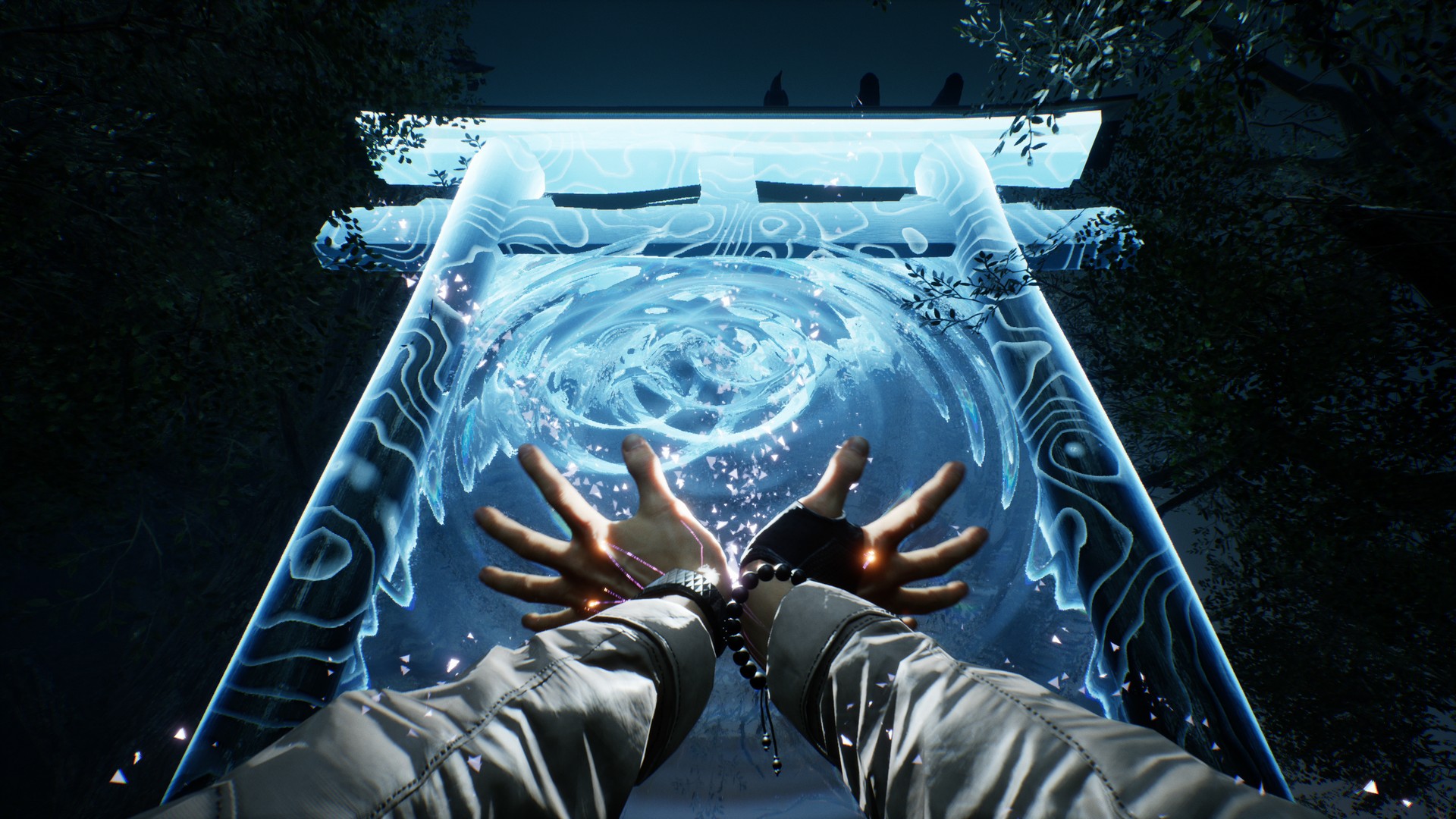 Visually, the cinematic cutscenes are gorgeously animated. There has been a real attention to detail with even outfit changes changing to Akito in cutscenes and Kuji Kiri hand signing flowing so fluidly and with realistic intention. Tokyo, while set at a constant Blood Moon nightscape, has weather patterns with rain making the streets glistening on the neon backdrops of billboards. The environments are stunning, clothes are sprawled everywhere, radios continue to play music, pets litter the streets searching and mourning owners, and cars and buses lie abandoned. This world really feels as if people have just vanished out of nowhere. It is very very eerie. The range of enemies have also been styled so particularly and the boss fight Yokai are things ripped straight from Japanese folklore with a modern twist. They are as stunning as they are deadly.

The sound design is also so diverse with car horns, sirens, and the clattering voices or villains lurking around every corner to the patter of rain on tin rooftops, music trickling out of empty stores, and soft moans of lost souls. Together with the visuals, it is all a very atmospheric experience. The dialogue is all in subtitles with Japanese voice acting which is so passionate and charismatic as Akito and KK interact with each other or the big baddie. Just do not look away or you WILL miss some of what is going on.

Ghostwire: Tokyo is a cinematic beauty that has exciting and visually stunning gameplay to match. With an intriguing narrative dripping with traditional Japanese folklore with a modern spin, this game is a total summary of all the pieces of a fabulous game that just intertwined so well. 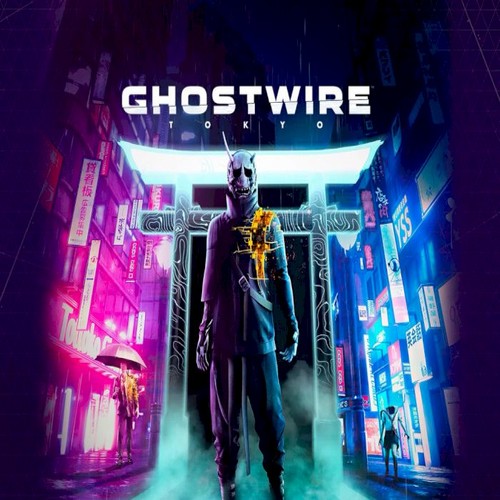 Tokyo's population has vanished, and deadly supernatural forces prowl the streets. Use an arsenal of elemental abilities to unravel the truth behind the disappearance and save Tokyo.