Giraffe and Annika is an adorable adventure, action and rhythm game published by PLAYISM and developed by Atelier Mimina. It is a beautiful 3D adventure game with a lovely Manga art style, while battle sequences will require players to be rhythmic and focus on their timing.

Players will control Annika, a beautiful young girl with little cat ears and a tail to match, belonging to a species known as the Felycan. Annika wakes up on Spica Island with no memory, and it isn’t until she finds Giraffe, someone who seems to know her, that she starts to get her memories back. As you venture across Spica Island, you meet different characters who ask for your help. In return, they will help guide you as you quest to find the 3-star fragments that hold the key to your memories.

Since the controls for her are really straight forward, playing as Annika is really simple. While she only walks to begin with, progressing through the story you will unlock memories that allow you to run, swim and jump again. Gameplay is equally as simple. You wander around Spica island, helping out characters by collecting items and running small errands for them, exploring the landscape and ultimately finding the temples that hold the star fragments. All the characters are incredibly cute; a family of rabbits, a rooster artist and a young astronomer, just to mention a few. A Felycan like Annika, Giraffe will act as your guide, though he more closely resembles a blue fox. Though he has the power to open the temple doors, he knows more then he lets on, and more of the truth comes out as the story unfolds. 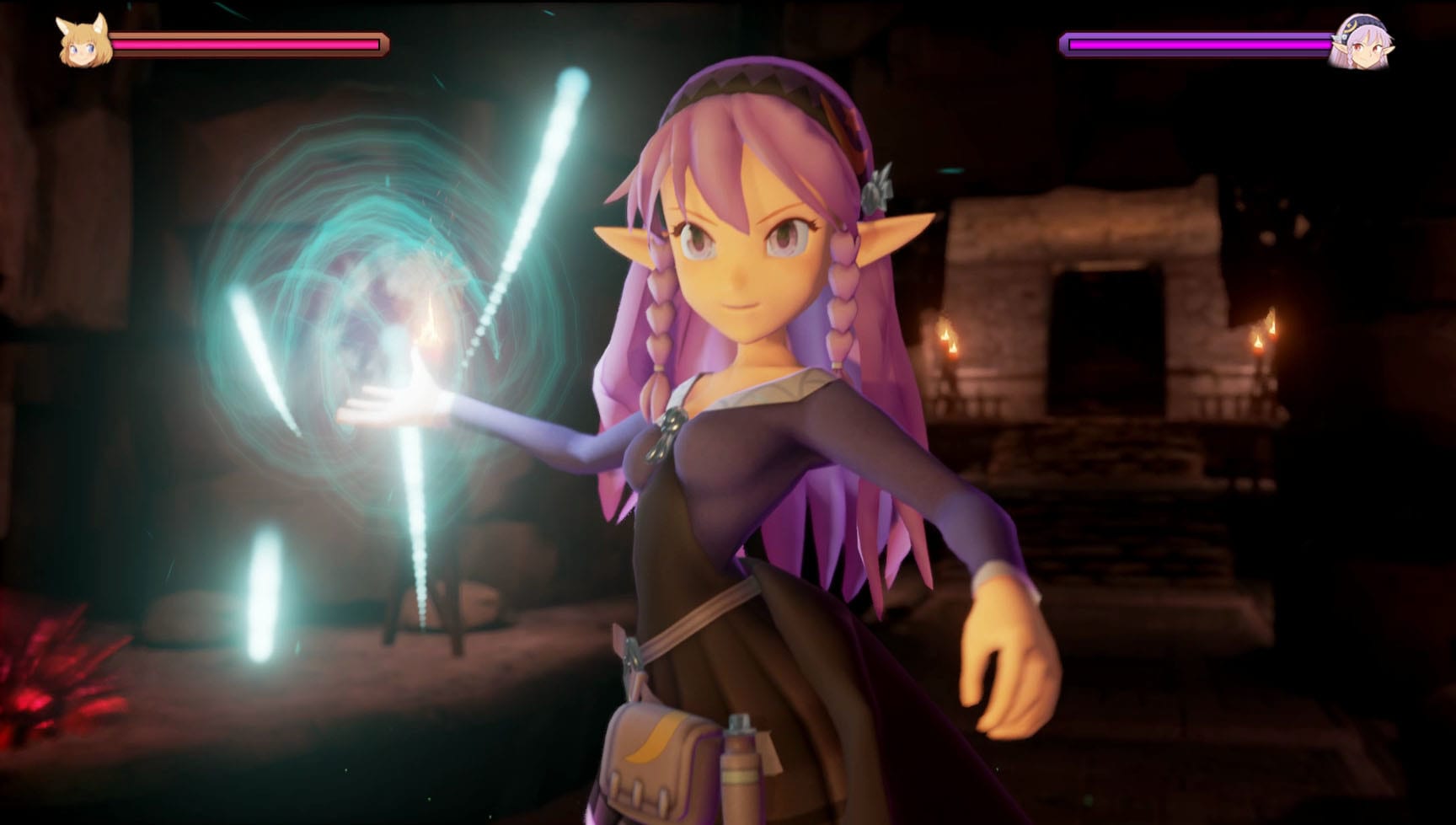 The temples are guarded by ghosts. Docile unless they see you, their eyes change from empty black to fire red, and depending on their abilities they will attack by crashing into you, throwing poison or launching fire at you. Since you have no attack or defence, you must plan your routes in advanced, or hope you can find one of the healing crystals that are littered throughout the world.

Boss battles are fun, rhythm timed events. A song will play and you must either survive long enough, or defeat the enemy by the time it ends. Your opponent will throw orbs at you, while you have to press A at the right time, causing incoming damage to be transferred back to them. Miss a beat, and you’ll soak it all up yourself. This alone wouldn’t be too difficult, so to add even more of a challenge, they will also launch projectiles at the same time, forcing you to split your concentration on timing and moving to avoid the attacks. Imagine playing a game of tennis, except the crowd is also throwing random objects at you that you can’t hit back.

Players will have the option of easy, normal and hard combat, and you are scored on how many great, good, ok and misses you achieved during the fight. The battle lasts until you die, defeat the enemy, or the song ends, so you have more options for success.

Giraffe and Annika makes use of lovely, manga inspired art styles, where the characters have gorgeous large eyes and expressions are exaggerated. As also befits the style, one character has the mandatory fan-servicing enlarged and overly perky breasts, but overall, the characters are lovely and incredibly detailed. 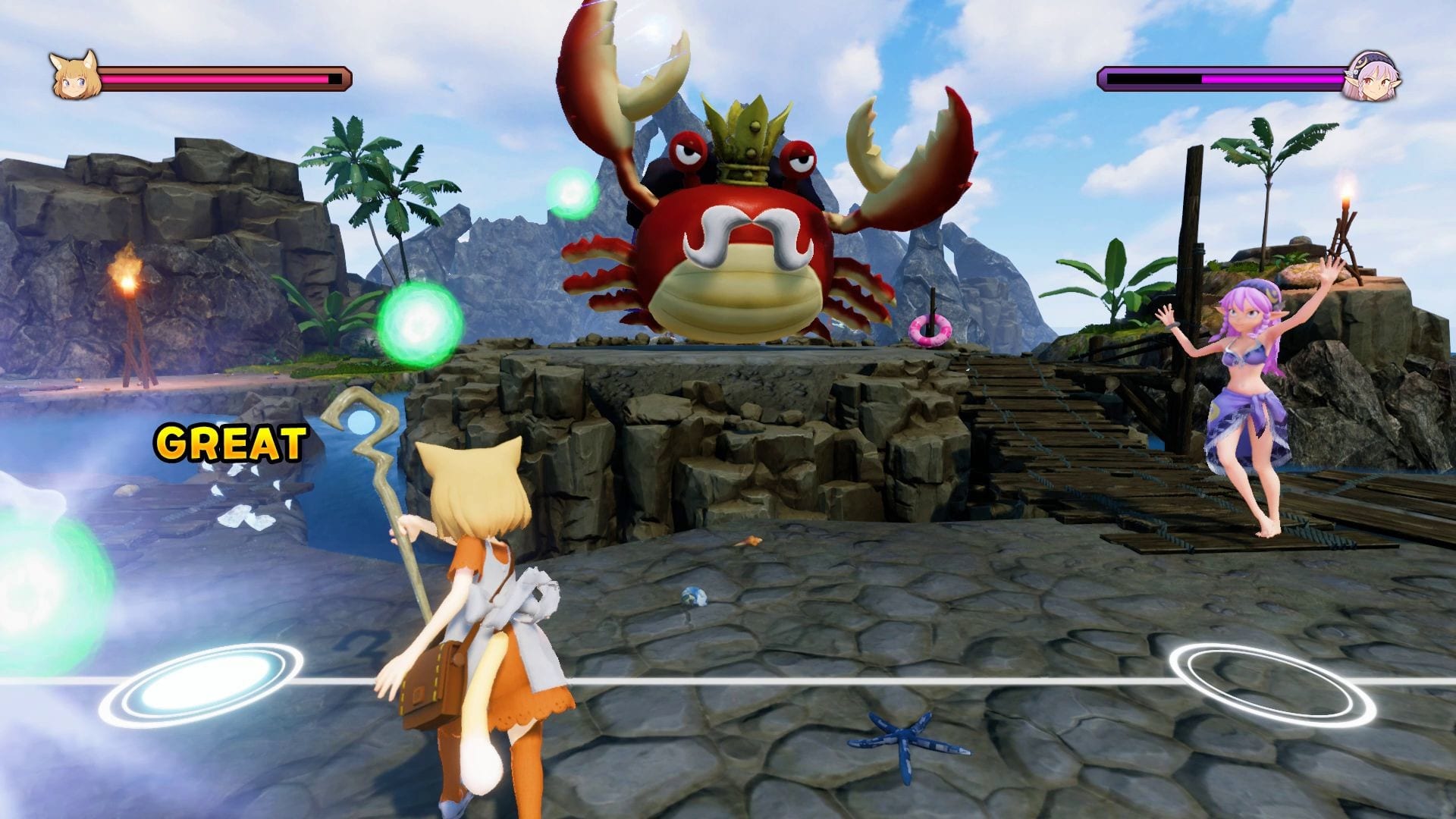 The landscape is beautiful and reminded me of studio Ghibli; fantastically detailed with lush green forests; the island surrounded by water, filled with colourful coral and beautiful fish to look at. Music throughout the game is fairly similar to your traditional adventure games; upbeat and cheerful during the day, slower and more relaxed during the night, or heightened and dramatic during fight sequences. There was even some beautiful classical music during one sequence that I fell in love with, a nice change to what you’d normally hear in this style of game.

There were a couple of things that confused or frustrated me, such as why there was a need for toilets that Annika could use. Complete with a running water animations and flushing sounds, I felt it hardly necessary. The swimming mechanic was also a touch temperamental; the health meter would drop as you swam, even when swimming on the surface. The only way I can really explain this would be to treat your health bar as more of an energy bar, and since it appears to not matter how deep you swim, you simply run out of stamina/energy and die. I think this mechanic could be tweaked a little more, but these issues are hardly deal breakers.

Giraffe and Annika isn’t a game that I would traditionally pick, but I was absolutely enthralled. I was constantly surprised and endeared by the art style and adorable characters – I really loved the game and I couldn’t put it away! Spica Island is dotted with treasure chests, filled with cute “meowsterpieces” to collect – artworks of cats done by people from every walk of life. As a crazy cat lady, this really touched my soul. In all seriousness though, it was great to see some support for artists that may otherwise go unnoticed. 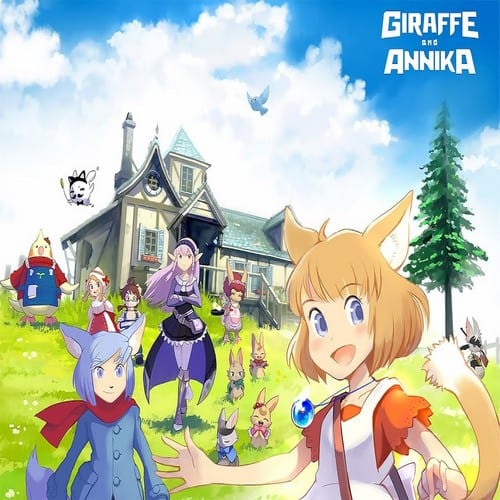 Lovable, cat-eared Annika sets off on a grand quest on the Island of Spica! 3D adventure & rhythm action genres mesh in the lush, pastoral and beautiful manga-inspired world of Giraffe and Annika!