I know when I hear the words “Bandai Namco” in our office, we are generally in for an action-packed RPG. God Eater 3 definitely lives up to that famous reputation. Being the obvious 3rd installment in this illustrious franchise, this hack and slash romp is a welcome port over to the Nintendo collection.

Released earlier this year on PS4 and PC, it has now finally arrived on the Nintendo Switch. For a fully comprehensive breakdown of the story and gameplay feel free to read our reviewer Brutaleo’s thoughts on God Eater 3 on PlayStation 4, as this review will be a quick summary of its transfer over the Switch.

First thing I noticed on the Switch was the fact the customization at the beginning of the game is the same in depth level of customization as the originals. I instantly lived out my weebo fantasy, designing my character to be as cute as possible. Once diving into the game, I found the controls very responsive and fluid, transferring well to the Switch. With a very intricate control system, which utilize most buttons and triggers, the moves were mapped out well for easy accessibility and comfortable play. Now, while I often prefer to play Switch games in handheld mode, especially platformers, I found I often played this title docked on my T.V with a pro controller. Hack and Slashers seem to play better on the big screen where movements and combinations shine brighter with detail.

Speaking of details, the visual design of the game is quite remarkable for the general downgrade in graphics powered by the Switch, compared to the PS4. Surprisingly, the colors of the characters popped amongst the frankly, quite dull backgrounds, and the details and action sequences were crisp and distinctive. While it tended to look better in handheld mode, there wasn’t much of an extreme noticeable difference up scaled on the television. The game comes with local play with up to three friends and even up to 8-person online multiplayer. Local play was a fun experience and easy to establish, however it would nice to see the ability to pick what mission to play from both characters, not just the player furthest behind in the story. While online play means you can play the campaign or more interestingly raid-like missions with up to 8 players. This was definitely the most fun I had, and it would be sad to see the online community die like so many other games with online multiplayer. Sadly, a Nintendo Switch Online paid membership is required for any online play, but worth it as this is one of the better online gameplays I have come across on this console.

Overall, God Eater 3 on Nintendo Switch is a very fun, action-pack game that ported over impressively well. Despite the graphical differences this is one game I’d still rather play on Switch, it is just that fun up close and personal. 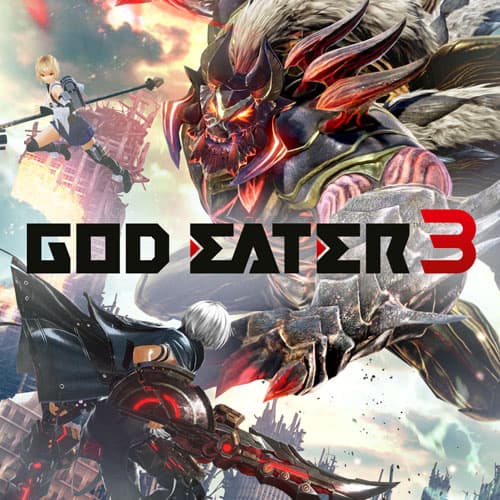