GORN is a gladiatorial simulator designed for VR developed by Free Lives and published by Devolver Digital. Initially released on steam for early access in 2017 and then leaving early access in 2019, this game can be played with the Oculus Rift or HTC Vive and has now has finally hit PlayStation with its PSVR release in 2020.

GORN is an overzealous experience into the gladiatorial concept with very simple and straight forward gameplay, you basically just pick up the weapons given in the arena and take out your opponents until you’re the last gladiator standing, unlocking newer weapons as you progress.

There are a few challenges to play through locked behind doors and also features multiple levels, with the first to be unlocked being Berserker. In all the levels you fight increasing waves of enemies, until facing the gladiator of that arena. Once completed you unlock age old champion, Achilles, then rinse and repeat.

GORN is a game that needs room. I found setting up this game a bit of a mission as before I could even play it strongly relies on the minimum distance of 1.5m to 2m for you and your camera. Having limited space, I managed to confuse my camera at one point which ended up putting me through the ground, so make sure you have a clear area for this one. 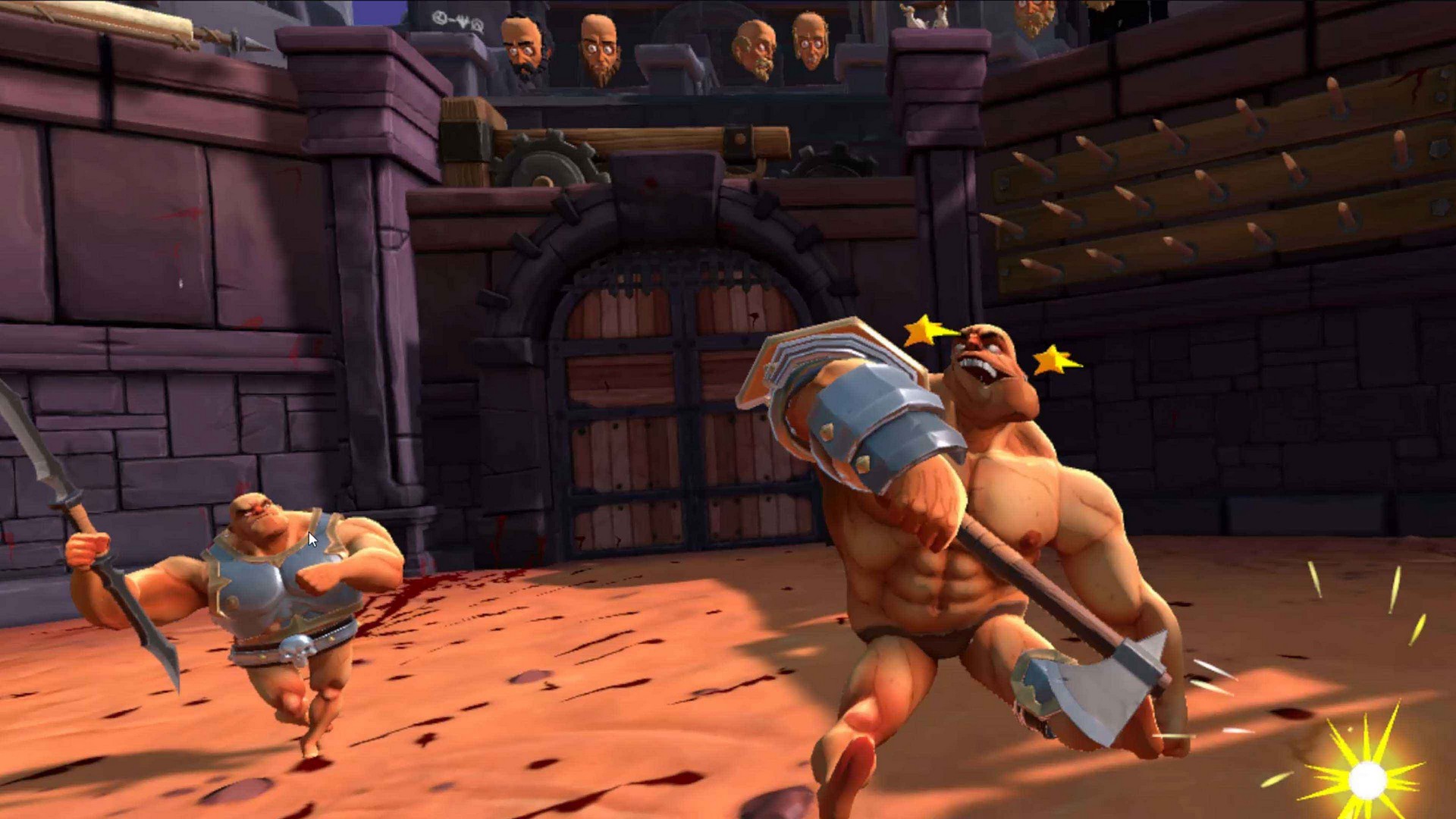 There is a general mode that’s a basic wave mode progression which also unfortunately does not feature much of a story even though you progress through different rooms fighting to defeat specific bosses. This feels as a missed opportunity. In the basement you have a customised menu where you can tweak a few settings to play in your own personalised arena with a few features like God Mode and One Punch Mode, just to name a few.

The weapons work in the way they should do with VR but they are primarily quite blunt and not as satisfyingly used to beat up your opponents as you’d think. The controls work somewhat well as you grab and hold any combination you feel fit to wielding. There is a variety of weapons available to use from clubs, swords, maces, axes to even bows, with many more to choose from. To keep in line with its wacky humour, they have this weird rubbery physicality to them as they wobble about when you hack limb after limb off.

There’re also a few options for gesturing with the controls so you can occasionally flip off The Overseer before each round or give a thumbs up or down with a flick of the wrist. The worse part about the controls with the movement is having to hold the main button while swing your arms too move. It is very tedious and sometimes not responsive and trying to hold and use weapons at the same time can become quite frustrating. I found it was sometimes best to just too stay in one spot and spin around in circles. 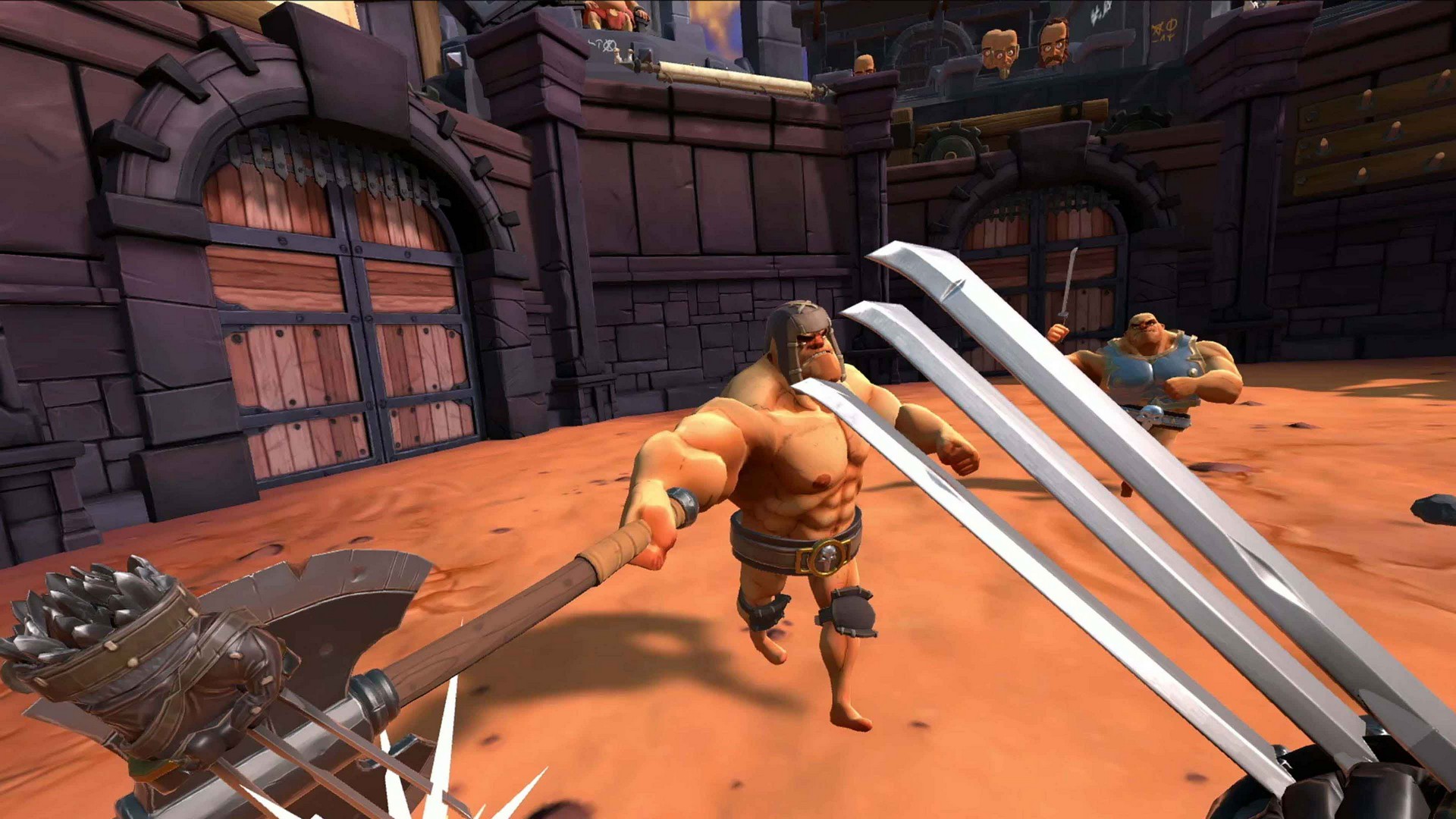 The graphics are in some form of a cel shading with the stage being very basic as each arena is the same design. On the other hand, the character modelling is quite humorous with each gladiator having very obviously missed leg day with their extremely muscular upper tone and tiny legs. Your audience is made up of floating heads and ‘The Overseer’ being of a man with a large head with a weird disproportional body; it is all very comical to look at.

The only things I could describe best for the audio, atmospherically, was the chatter from the big heads in the audience as they mumbled amongst themselves. The attention to detail of the weapons whooshing through the air intrigued me the most but lacked in any form of real music to get you pumped for smashing skulls.

Overall, I didn’t really enjoy the game as it felt more tedious and taxing to play with the controls functionality and not being able to move around the arena efficiently. I found that all I had to do to defeat majority of my opponents was stand in the centre of the arena with a mace and just swing it around in circles winning me every round, which gave no satisfaction. The fact the I could get away with it in the first place as there was no time limit to the waves also was quite a letdown. A sound game for a quick good time, but a story may have increased this reviewer’s interest and longevity in replay. 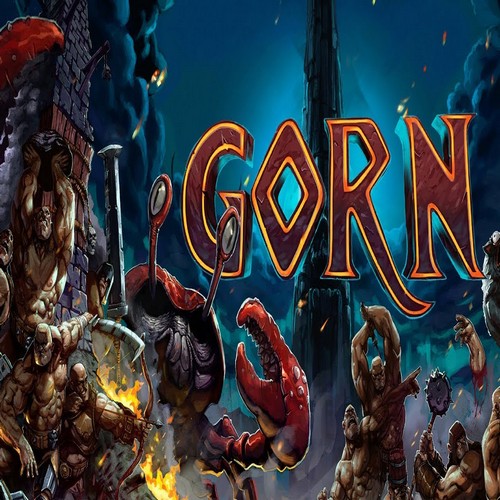 GORN is a ludicrously violent VR gladiator simulator, made by Free Lives, the developers of Broforce. Featuring a unique, fully physics driven combat engine, GORN combatants will be able to creatively execute their most violent gladiatorial fantasies in virtual reality.