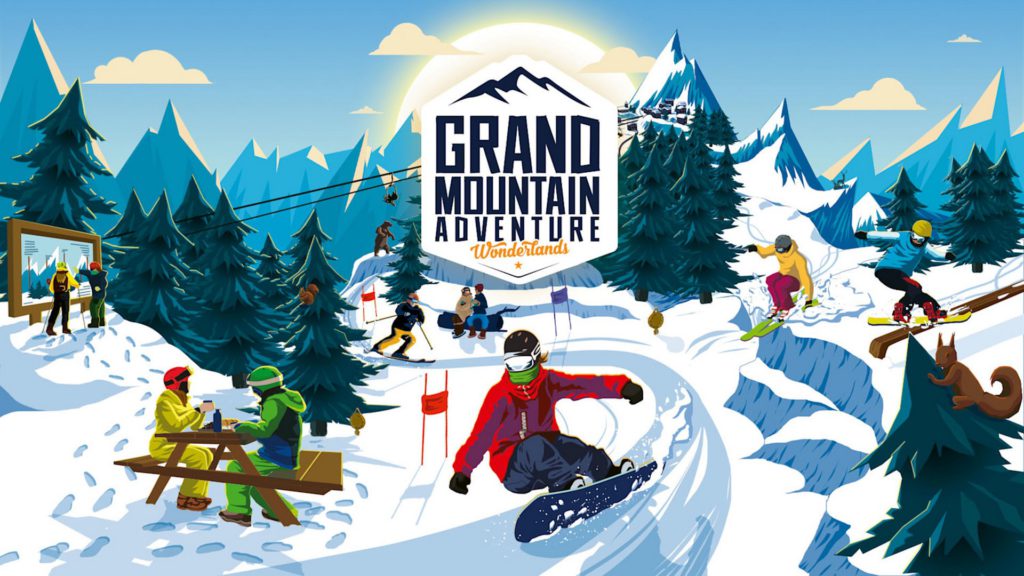 Small independent developers have been a blessing for the Nintendo Switch with an expansive library dedicated to their many games. Toppluva are set to join those ranks with their ski exploration game, ‘Grand Mountain Adventure: Wonderlands,’ published by Microids. Originally developed as a mobile game, this full release is set to raise the bar and deliver the complete experience while maintaining the portability of its original platform.

As an Australian, I can count how many times I have actually seen snow in real life on one hand. So I am always appreciative of games based on the slopes and with various landscapes set across 12 locations in as many countries. There is plenty of sightseeing to be had and a few fun facts about each location thrown in there for good measure. The art style is a simplistic design but the beauty of the fresh powder as you cut through the slopes and it leaves a trail behind you is mesmerising in its own right.

The character models are more or less just a figure to represent a person but with the camera drawn out so far, from a distance it serves its purpose and works well with the aesthetic. There were three levels of zoom for the camera distance itself, but I ran into a few issues of losing track of my player in the busy sections of the mountains. 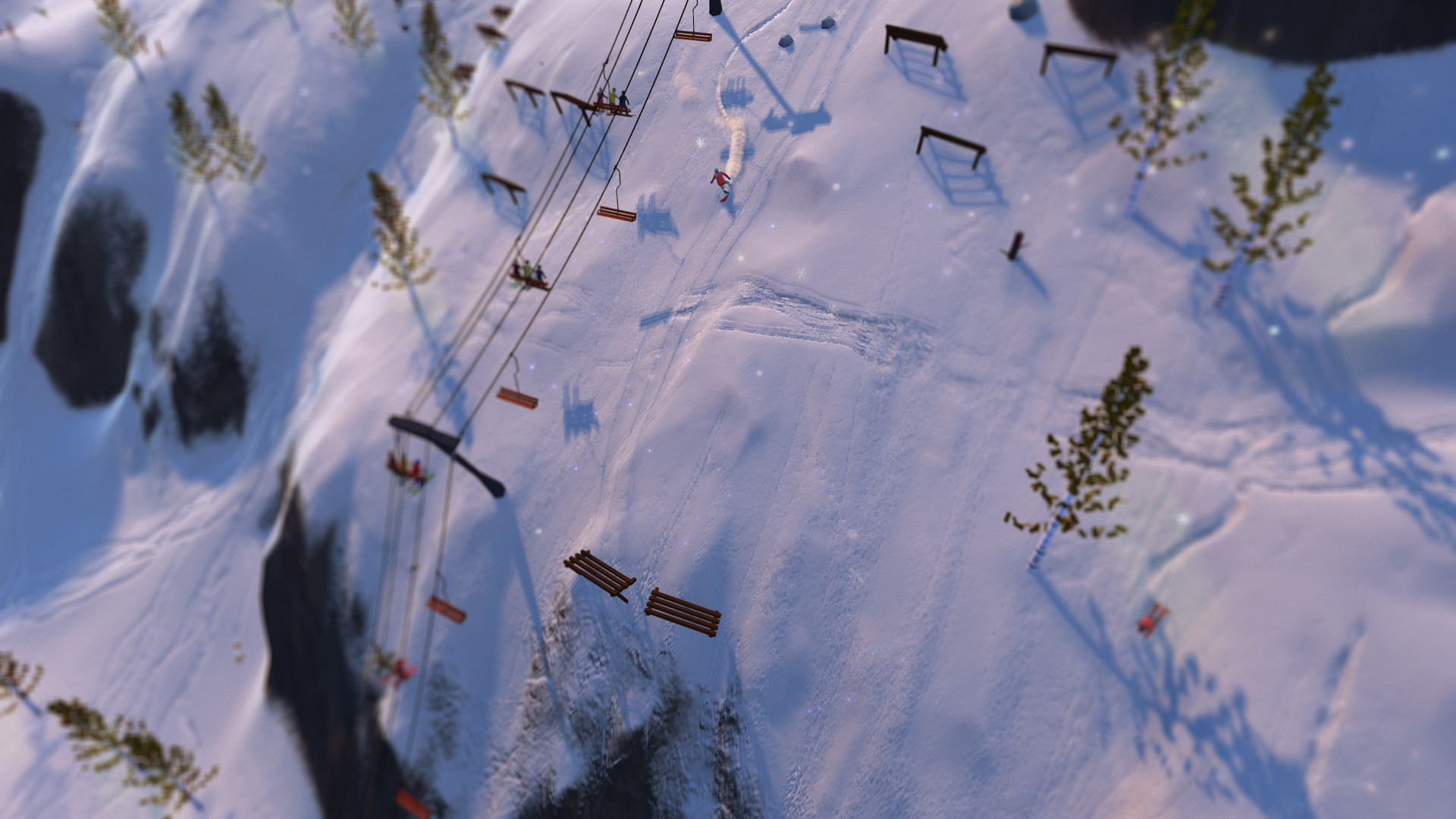 Keeping with the straightforward yet functional design, being able to simply guide your player with the left thumbstick as you glide down the slopes was responsive and easy to manage. While skiing, you can jump with the ‘B’ button and flick the right thumbstick for a bit of style, or hold them for longer when you clear a major jump or grind a rail. My personal favourite feature is the ‘Y’ to push other skiers out of your way. It is more of a playful feature that extended to multiplayer that lets you throw snowballs at each other in battle mode. A four-player multiplayer mode is available locally with a “drop-in, drop-out” system that can be fun to screw around in and even get a little competitive.

Each location is filled with challenges to overcome, either through a simple point-to-point time trial, trying to reach a score threshold through various tricks, or simply launching yourself off a steep slope to see how far you can make it.

There are several challenges marked on the Piste map and a few hidden ones that can be found while free-roaming. It was worth experimenting with the four different types of skis and snowboards for added speed or better handling during tricks to maximise any given challenge. The better you do in these challenges, the more ski passes you will unlock for the ski lifts to take you higher up the mountain. 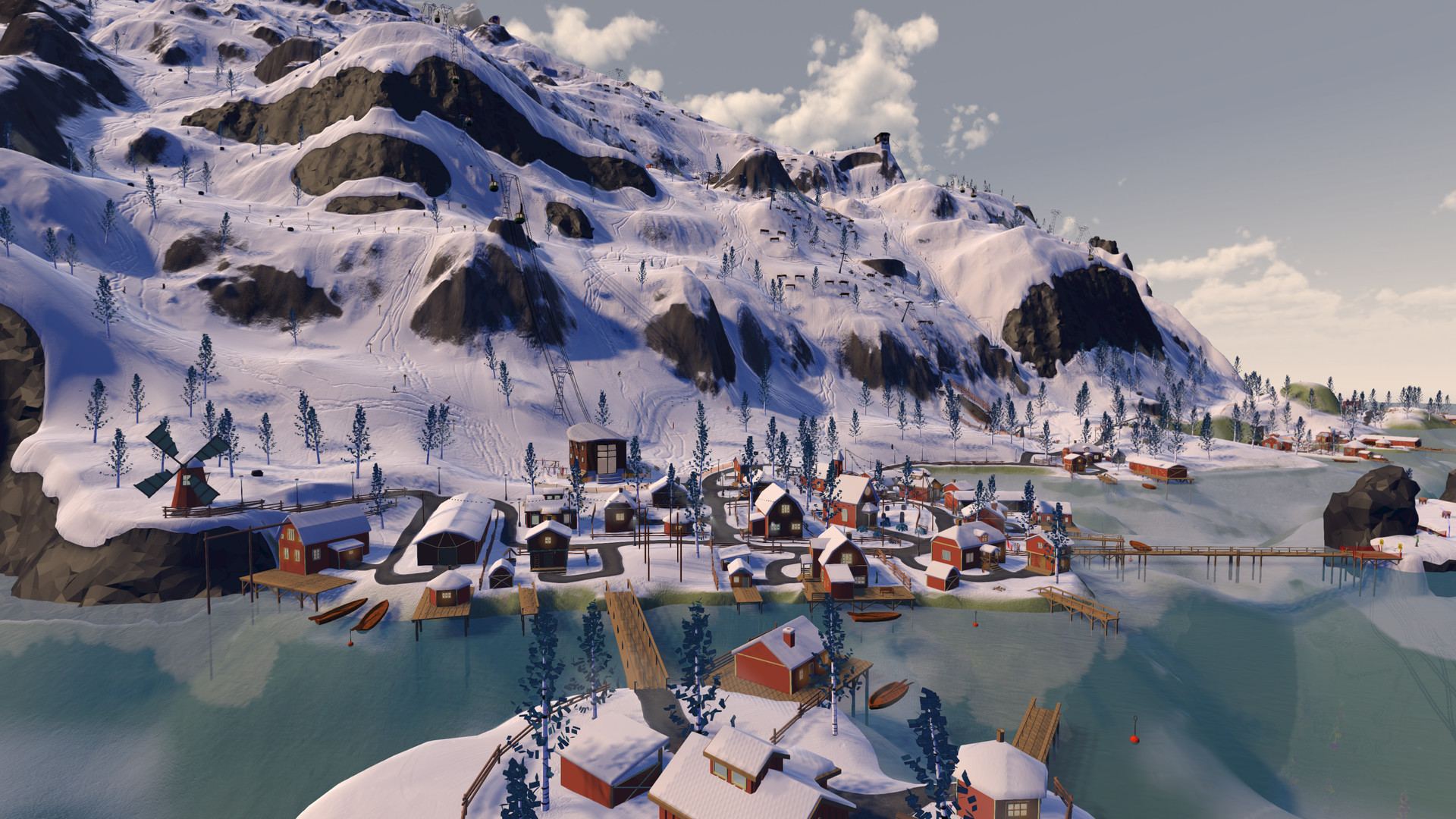 If fine-tuning your times is beginning to get too tedious then there is a Zen mode that can be toggled on to remove all other skiers and any challenges for you to soak in the atmosphere in a stress-free environment. You can mark challenges on the map to travel to if you want to explore and an arrow system would guide me in the general direction. I do wish I could hop off the snowboard or skis from time to time as an incline could prevent me from reaching the marked location when I was so close to it.

Most of the challenges I came across early on I was able to clear with a gold rating, but as I cycled through the locations I began to spend longer on each challenge, shaving off as little as a second each run. Even with the harder challenges that are narrow courses with a dense set of trees to dodge and the occasional avalanche that I would narrowly miss, I never felt a course was unfair or poorly designed. I am slowly working my way through the Double Diamond ranks that were unlocked after I achieved all golds in one location and they can be quite addictive.

Grand Mountain Adventure: Wonderlands is a pocket-sized adventure built on a passionate dream. It feels right at home on the Switch with short loading times, consistent frame rate whether docked or in portable mode, and great value in terms of content. 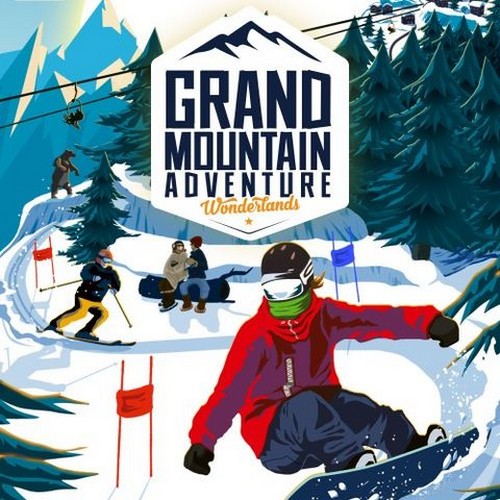 An open-world skiing and snowboarding adventure!