Grow: Song Of The Evertree

With so many high-octane and fast-paced shooters releasing in a short window of time, it’s nice to know that there are games that are happy to slow things down. Developed by Prideful Sloth and published by 505 Games, a new relaxing world builder has entered the chat, and that game is called Grow: Song of the Evertree. Available now across all platforms and at a rather cheap entry price compared to a AAA title, this could be a great Christmas stocking stuffer.

A cute little storybook-style opening introduces the player to the lands of Alaria, a wonderful and whimsical world with the Evertree being at the heart of everything. When all of life was flourishing, the song from the Evertree kept the Withering at bay for the Alchemists to thrive. Things soon began to diminish and it’s now up to you to restore the Evertree.

At the beginning of your adventure, you are introduced to two main story characters, Book and Coppertop, both magical items that will guide you from start to finish. Being a young Alchemist all on your own, they are as close to parent figures that you will ever know and their playful bickering was a sweet touch. A simple tutorial introduces you to a set of tools that you will carry with you at all times, but unlike other open-world survival-building games, these tools will never break. 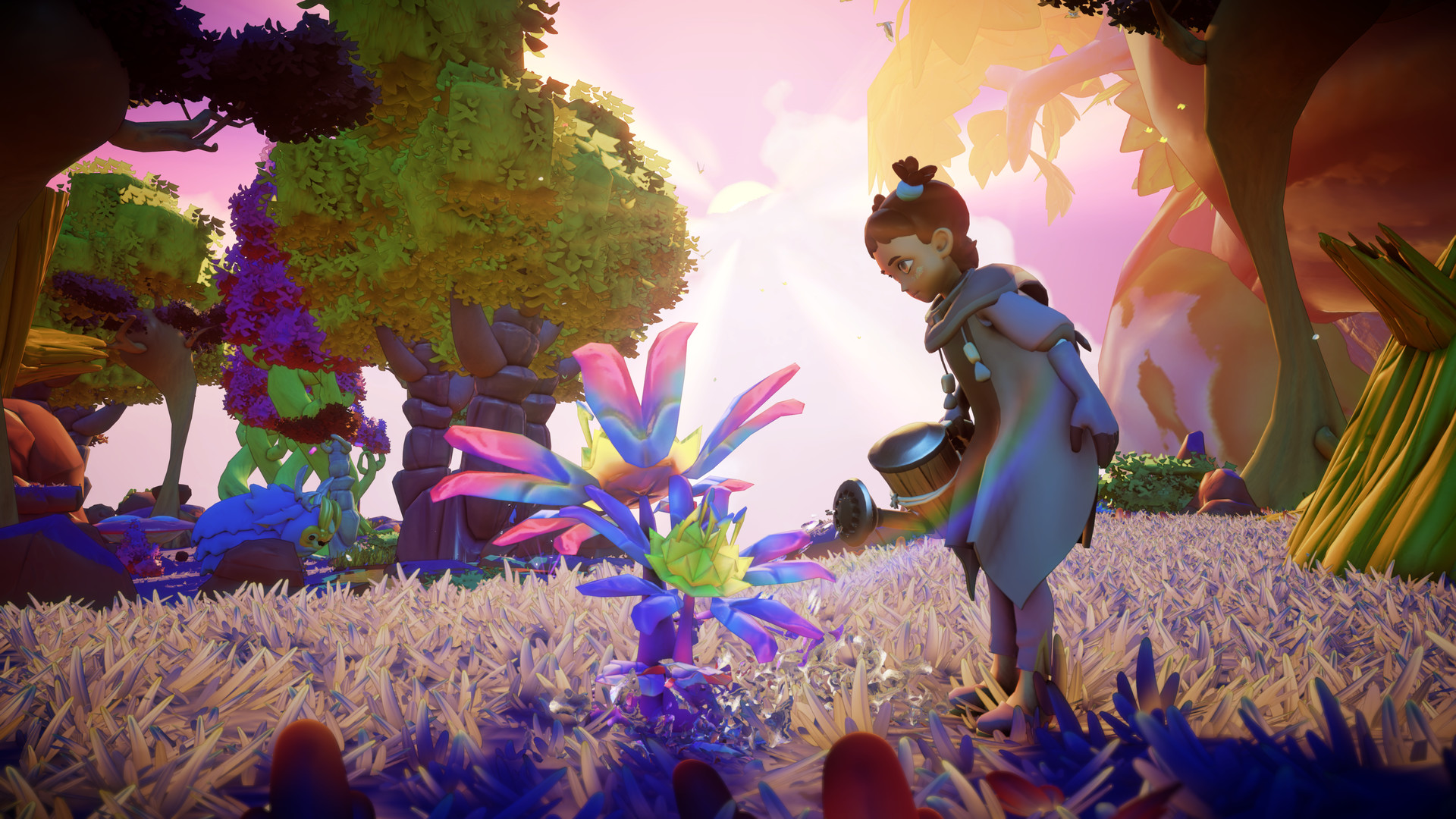 There were a few awkward animations and a little bit of a floaty feeling while moving around but nothing that overly broke my immersion. After planting your first world seed to start the game it will ask you to break rocks with the hammer, cut trees with the axe, plant and water seeds, and then sing to speed up the growth of the plants.

While not being quite as versatile as the terraforming in Animal Crossing or Minecraft, there are plenty of opportunities to make a town that feels like your own. Once you’ve pushed back the first section of the Withering, the game opens up to returning villagers who now need a home and a livelihood. In the open areas, you can build bakeries, flower shops, inns, and homes, all of which produce valuable resources and even more importantly, keep your villagers happy. Without overwhelming the player, many decorative items can be placed around the town such as lamps, paths, and benches, with smaller items like wallpaper patterns to tailor your themes.

Every time I felt like I had reached the end of what Grow: Song of the Evertree had to offer, another opportunity opened up and it continued to… well… grow. Catching fish and bugs, or gathering resources and taking them back to Copperpot let me break them down into essence. Ranging from cozy, dry, prickly, or icy, you can actually craft a new world seed that will make a new environment such as a winter wonderland. Everything just continued to open up and I was eventually able to explore caves and biomes to mine ore and gems and find hidden chests and ships. 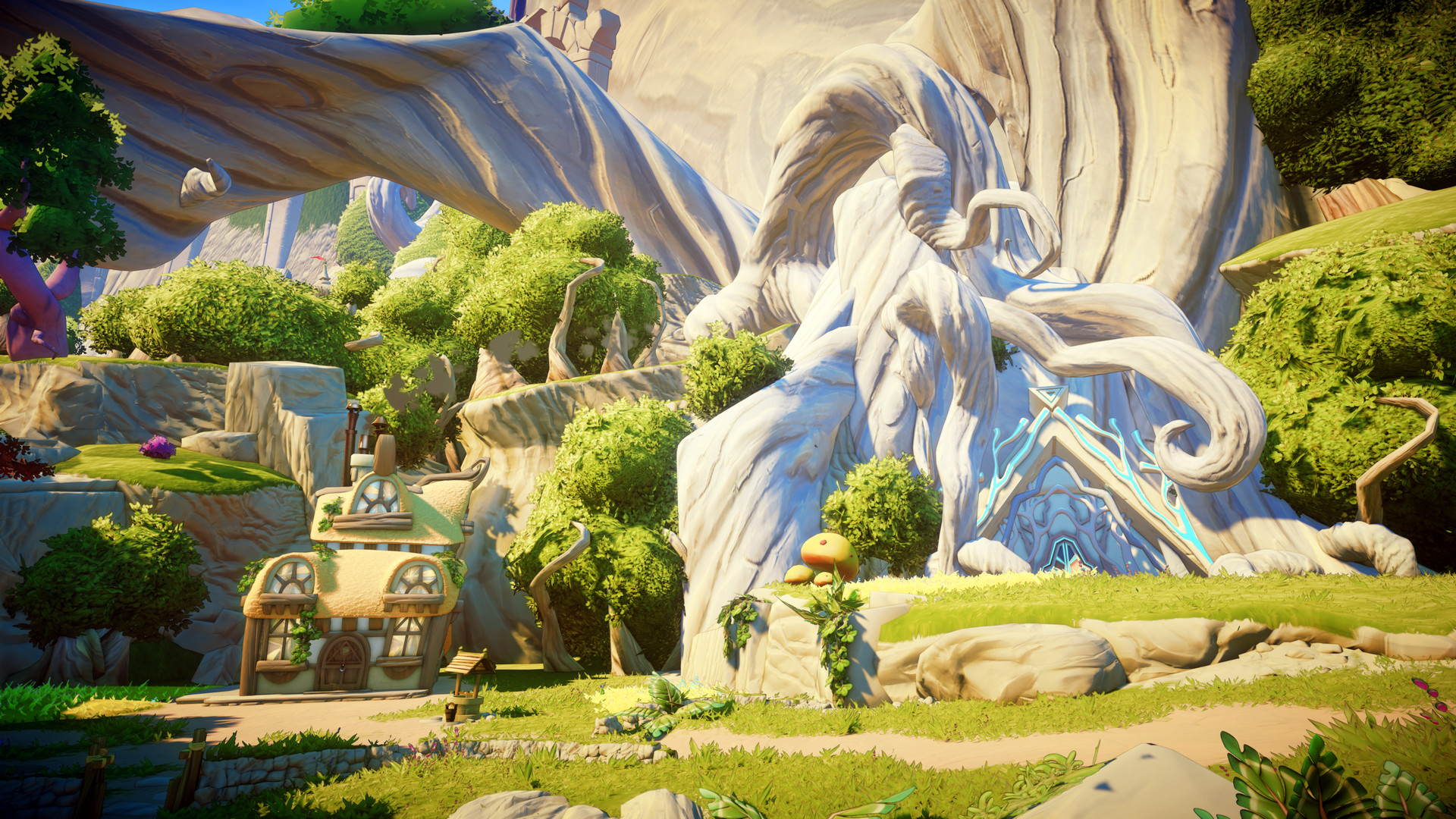 It was all one slow-paced and calming experience with enough charm to keep me patient enough to wait out the in-game days required to progress. I should also mention that this entire game is a combat-free experience, so there was never a moment where I was at risk of losing my progress due to a random encounter.

Fantasy-themed in nature, Grow: Song of the Evertree is a very beautiful and endearing game to look at. Bursting with colour and teeming with a soft and cozy art style, it gave me a comforting feeling like a warm cup of hot chocolate during a cold winter night. During my playthrough, I came across large puffy bugs, tiny ferret-like Everkin creatures that run their own little town, and large bushy-haired beasts that were just begging for belly rubs. All of this was brilliantly intertwined with the piano-driven sound design that filled the air as each magical event revealed itself. It was all quite therapeutic in nature and the flutes harmonised so well it felt like a Disney theme park.

I really wish there was an option to bring along a friend to show off my creations or at least share in my exploration. With no multiplayer options, some of the longer stretches of the game felt a bit lonely but that was more of a personal experience. Despite a few shortcomings and a rather lengthy introduction I felt compelled to keep coming back to see what new adventure had opened up for me to explore. For a calm and serene experience with a lot of heart, Grow: Song of the Evertree delivers on many levels and is accessible for all ages.

Grow: Song Of The Evertree 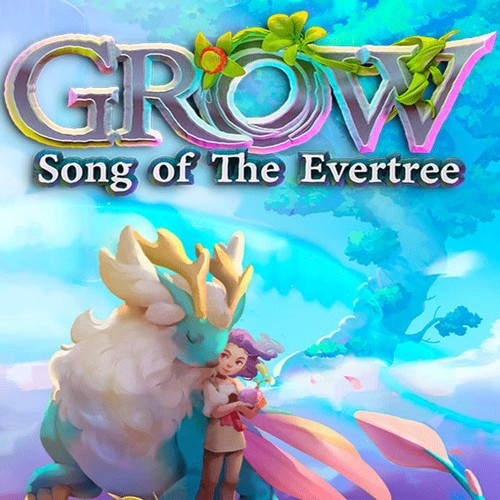 Grow your own worlds and nurture a deep natural connection with everything they hold. See your actions change the world for better! Bring the Evertree back to life in this breathtaking world-crafting sandbox, with life management and adventure elements.