GTFO! Words that will frequent your gameplay thanks to the terrifying atmosphere of this new first person shooter come survival horror cooperative game. In a game where playing alone means certain death, you’ll want to heed the creators warning and play cooperatively with 3 of your friends. Even then, this may only prolong your inevitable fate by a few minutes.

Created by developer 10 Chambers Collective, formed in 2015 by nine industry veterans known for titles such as PAYDAY: The Heist and PAYDAY 2, you’ll find some familiar aspects from the Payday games, mixed in with some stealth elements and a whole lot of nonstop FPS action. Definitely not for the faint hearted, GTFO is truly for the hardcore gamer.

You and your teammates play as prisoners held captive by a mysterious entity called “The Warden.” You are sent down on deadly expeditions to carry out different tasks and retrieve various artifacts. What lies in wait are unimaginable horrors that you and your companions must overcome to survive. To show you how your expedition starts, you are presented with the “Rundown;” a list of orders that break up each level of the underground complex you must explore, with each level down increasing in difficulty as you go. As stated by the developers, the Rundown has a timer that is present on the top of the screen. When the timer reaches zero, a whole new Rundown is created. 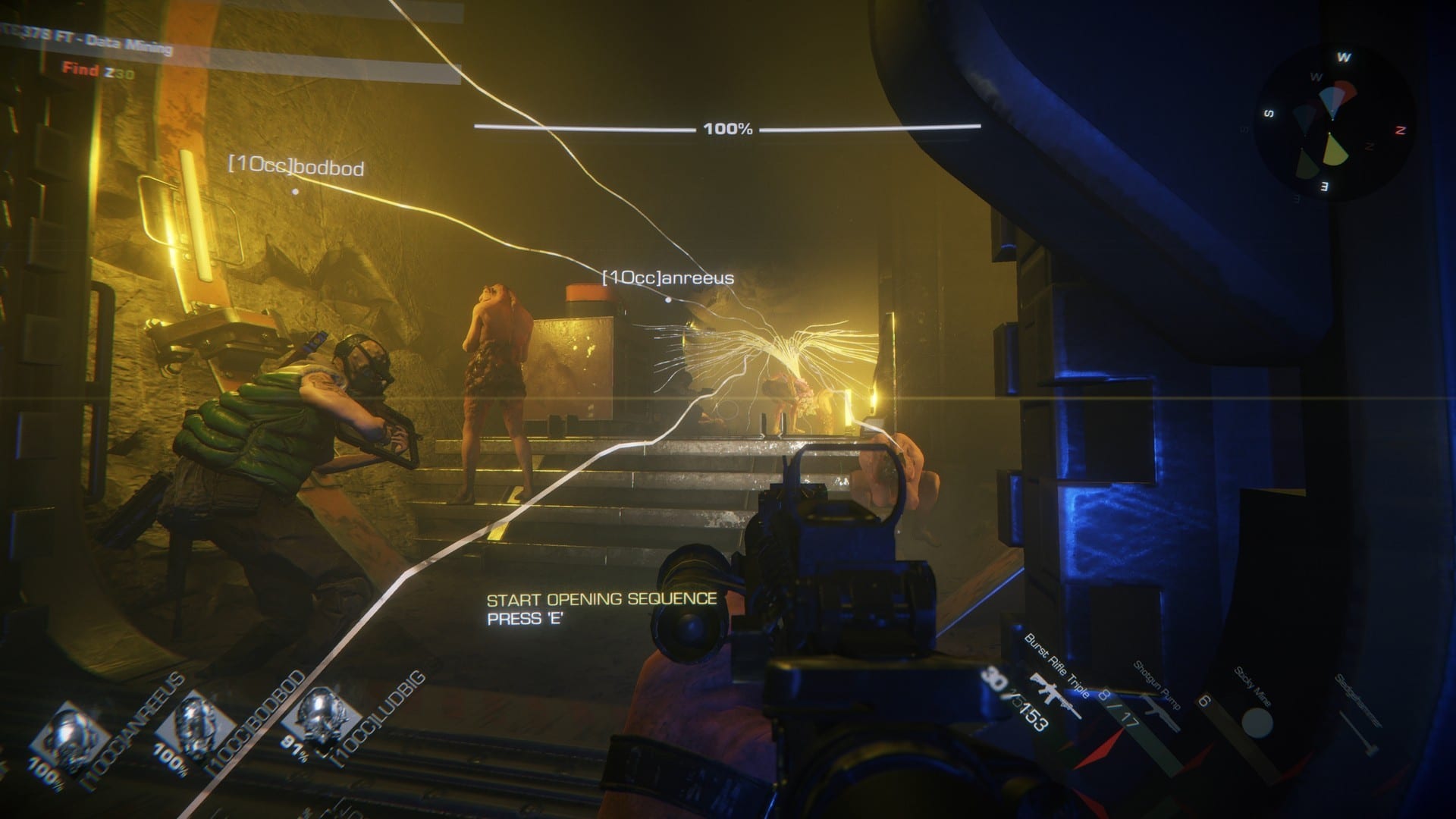 GTFO’s gameplay is polished, but the unchangeable difficulty didn’t allow for time to see if any unusual bugs may occur during gameplay. In saying that, as you play, GTFO gives you a link to their discord that has general tips for bug reporting, hints and a vast number of players that can help solve any issues you may find, or even join you in a raid if you are short a team member- and you will definitely need a full squad. GTFO changes and bases it’s difficulty depending on a number of factors. The most obvious factor is how difficult the game gets as you progress through levels. It will also change based on how many squad members you have. I tried a solo run at one point, against the developers suggestions, and compared to a full squad, you can certainly tell the difference.

The atmosphere in GTFO is not for the faint hearted. Light is a precious resource as you’ll find most areas are very dimly lit and others complete darkness. What little light you do have is often from the torch strapped to your weapon or attached to your shoulder, and even then, offers little security when in use. Every room has a chance of concealing enemies who respond very badly to torchlight, forcing you to navigate in darkness as quietly as possible. One simple mistake will not only see the enemy immediately in front of you attacking, but each and every one of his mates in the room, as well as a swarm from somewhere you’ve already been howling at you and your friends. 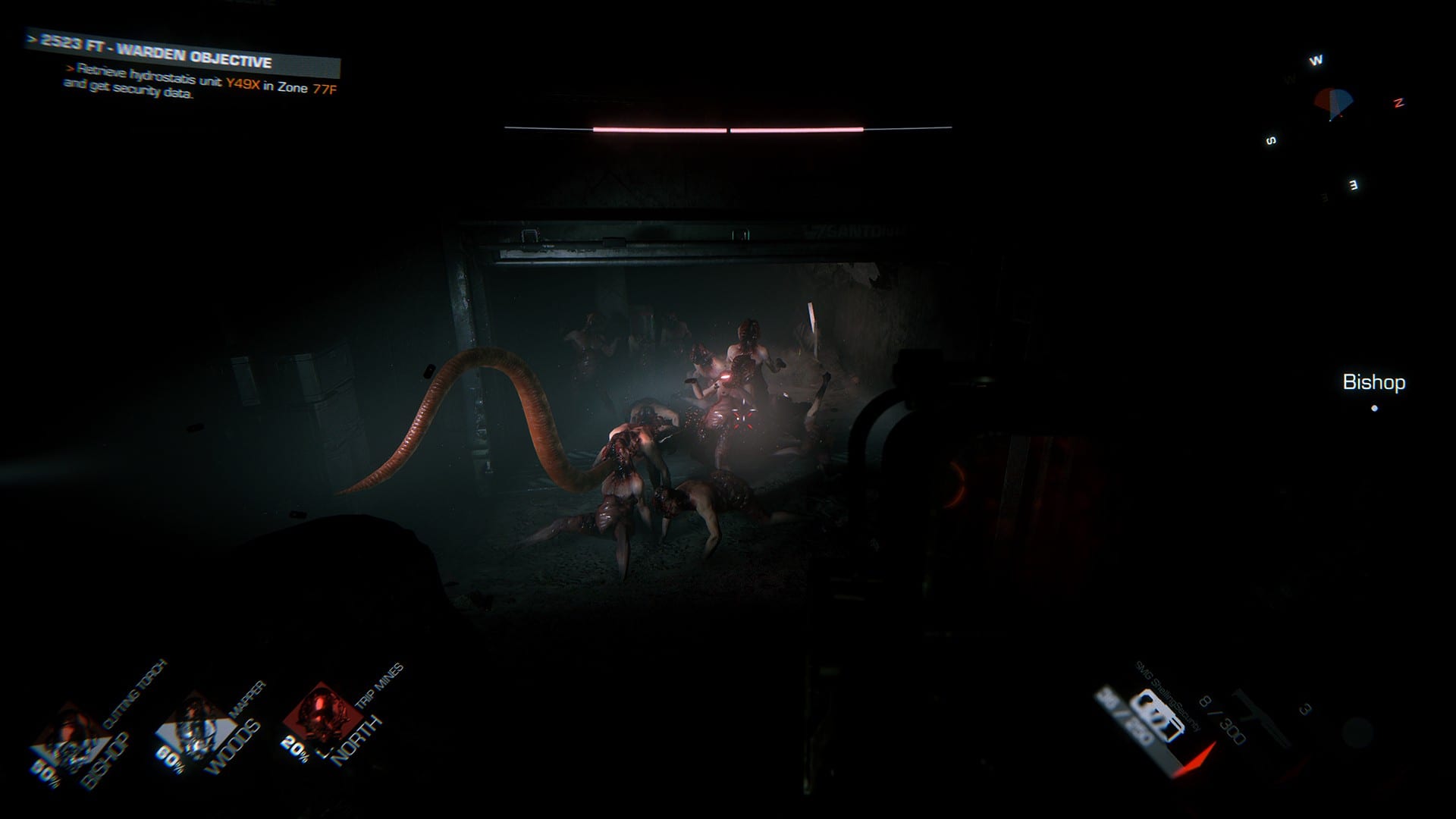 Ammunition and health packs are a very scarce resource in GTFO, so you’ll rely heavily on stealth and melee attacks to dispatch the majority of your foe, tip-toeing as close as possible to cave their heads in with your sledgehammer. As you close in on your prey, they become more aware and your entire team will need to stand completely still to prevent the strange creatures from becoming enraged.

As mentioned earlier, players will need to work together. You’ll have to make sure you’re communicating with your friends from the very beginning as you discuss your load-outs. Players will have access to a variety of different load-outs to choose from, with some options being more game changing than others. Weapons for the most part come down to personal preference. Pistols, rifles or shotguns, it’s really your call. What matters more, in my opinion, are the more specialised items. The most obvious item to take is a tracker, allowing the player to see where enemies are located before the team moves further into the complex, but if teams work together properly, you’ll only need one.

Next up is the automated turret, giving you an extra gun for when situations get hairy, but potentially compromising as they may open fire when you don’t want them too, and only have a limited fire arc. You’ve also got a trip mine layer, which is kind of obvious as to what it does, and a strange foam gun that makes it harder for the enemy to break through a door, buying you precious seconds to survive. 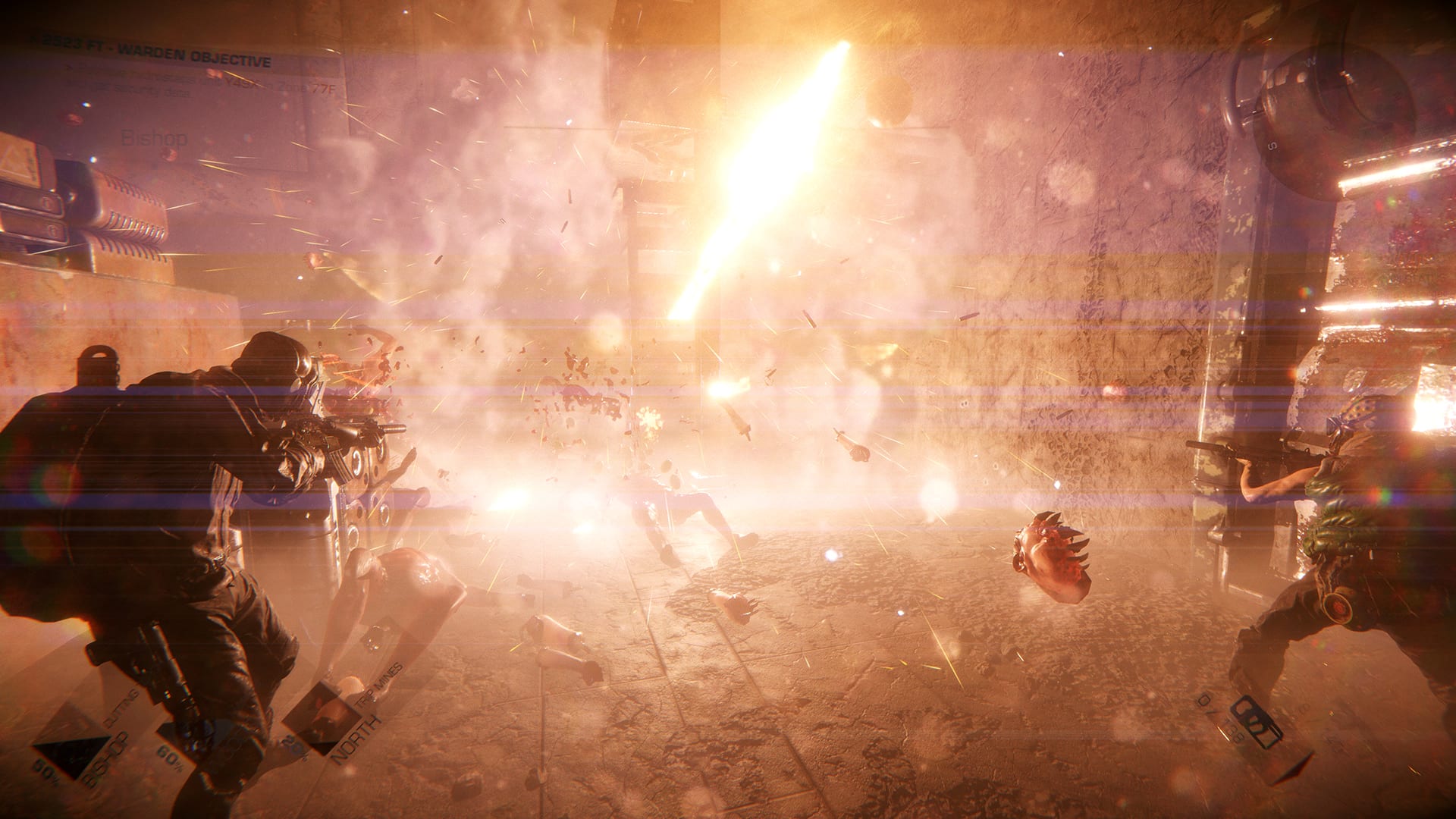 As much as the game relies on stealth and teamwork, there are a few things that irk me with the title. You’ll spend an obscene amount of time crouching and navigating around enemies as silently as possible. Not an issue in itself, but the second you accidentally stand up and take a step, the whole room goes into panic mode and enemies from down the hall come rushing in as well. Open a door next to them and they haven’t the faintest care in the world, even as the metal door scrapes along the guide rails.

On the same token, if you’re in a clear room and the doors are closed, you can fire off as many rounds as you want from your gun without any form of repercussion. GTFO doesn’t make use of object physics either, with shelving and items stacked precariously in a corner standing true as you swing wildly with your hammer. Having things you could accidentally knock over would add a whole new layer of caution to an otherwise fantastic game/

Overall, GTFO is an insanely difficult game that relies heavily on 4 player co-op and stealth. Sure you can imitate Leeroy Jenkins by running in, all guns blazing and completely unprepared, but expect to die. A lot. Even with a full team, GTFO is not a game to take lightly as it will really challenge you and our team. 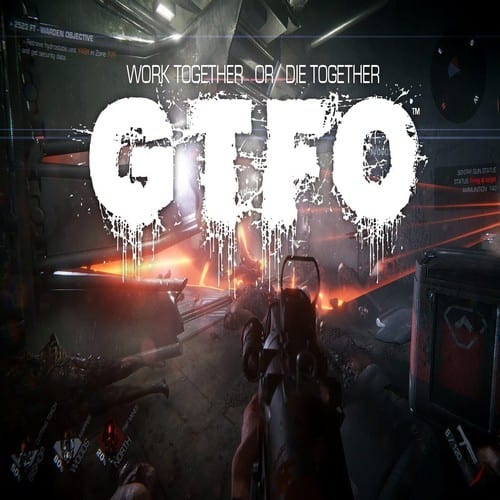 GTFO is a hardcore 4 player cooperative first-person shooter, with a focus on team play and atmosphere. It features edge-of-your-seat suspense, team-based puzzle-solving and high-intensity combat.