Habroxia is your classic arcade styled top down shooter, traversing space, blasting away aliens while on a rescue mission to save a few missing astronauts. Made by indie developer, Lillymo Games and looks to be possibly their 2nd game out of the studio out now on Nintendo Switch.

Habroxia, is the name of the ship you pilot throughout the game and features a few upgrades you can purchase through your progression. You are given 3 weapons that you can use as you progress through. You begin with your primary and secondary cannons and can utilize a special ability when you pick up the appropriate power up. 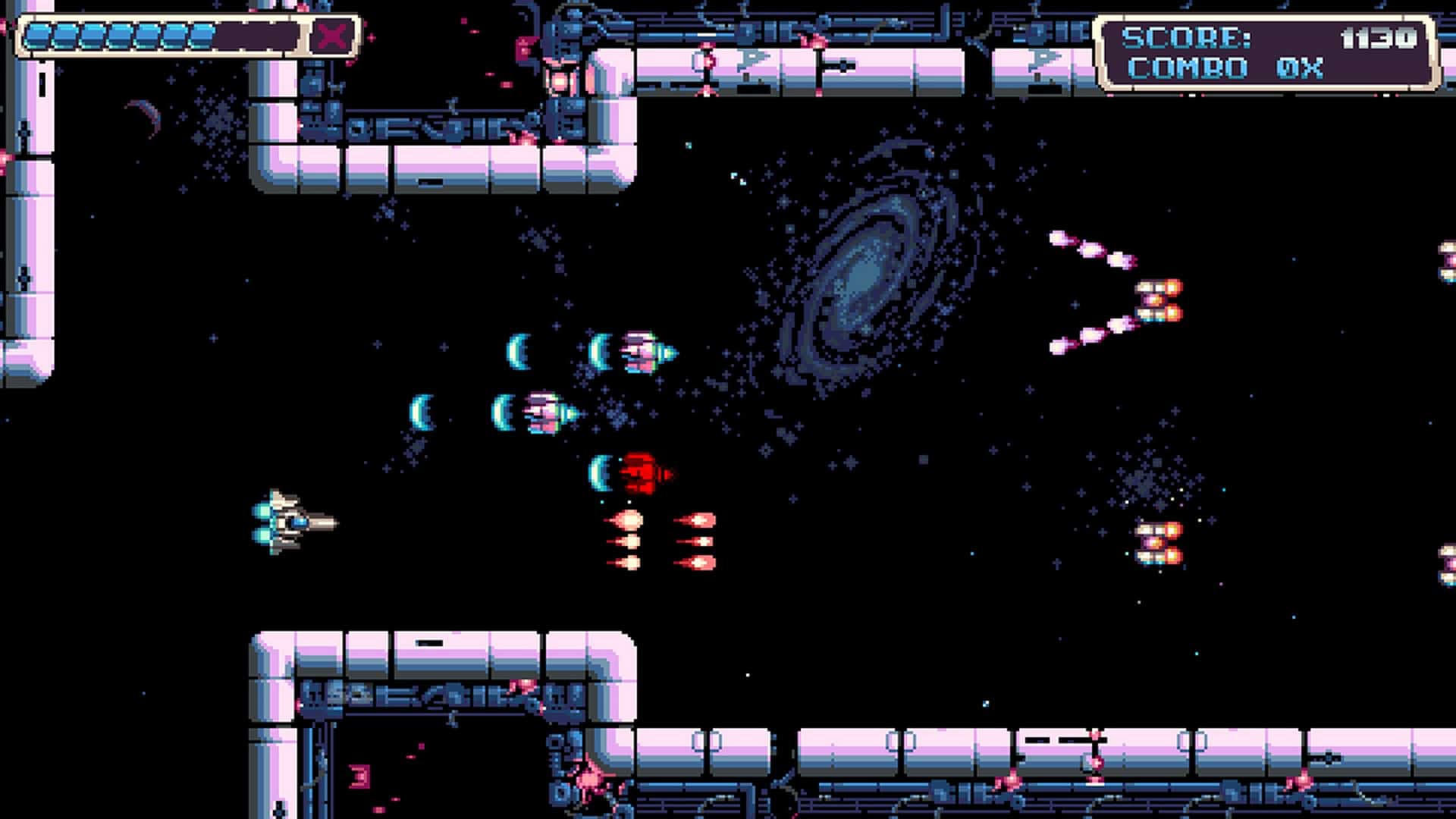 Gameplay is pretty simple and Habroxia hasn’t changed this style too drastically. It plays on the nostalgic factor of what an old arcade shooter looks and feels like and would be at home on any dusty arcade box, except now it’s in my hands and I don’t have to keep feeding it coins.

There are 15 story missions to explore and roughly over 10 bosses to fight against along the way. Fortunately, there are a few extra game modes you unlock as you progress and level ups that give you endless play, so you can just keep shooting and shooting until your heart is content. Some of the levels feature in both horizontal and vertical perspective to give some variety to the gameplay and has over 50 different enemy types to fight.

The controls are very straight forward too. It pops up a little in-game screen to run over the buttons of what to do, but nothing is too complex even for a beginning gamer. It does handle well and is quite responsive which is good compared to smacking the old joystick and mashing buttons on an old arcade machine. The repetitiveness of missions though can be a set back. 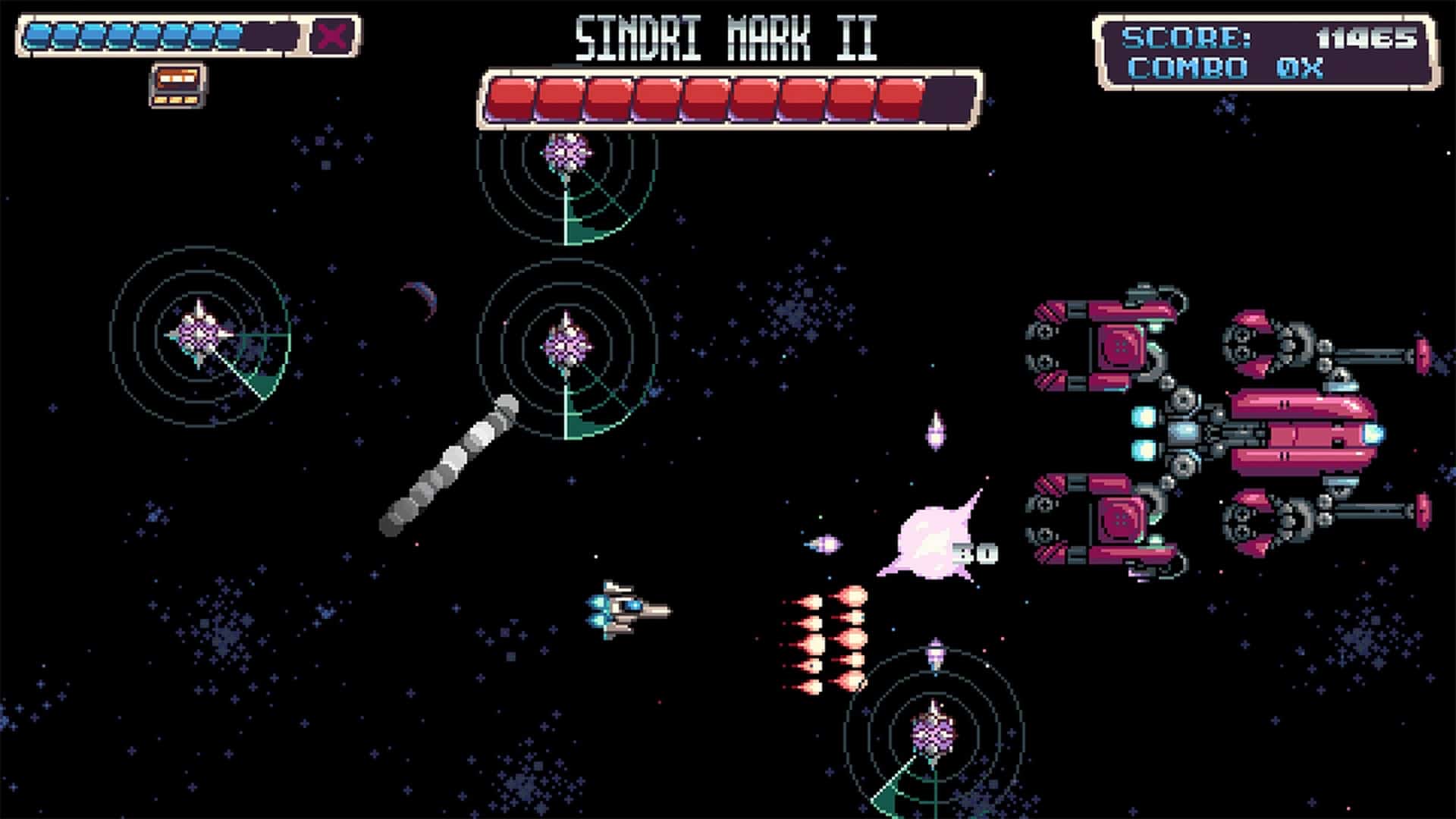 Visually and sound wise, everything in Habroxia runs in the 16-bit inspiration, even the music is giving off that pixelated retro ascetics like the old school classic shooters, but the graphics are of a higher quality and hold a lot more detail. The tilting and shadows also add so much depth to these flat 2D objects.

This is one game that feeds on that nostalgia trip. This fun title may not be something I’d sit down and play regularly but I would definitely go back to its simple and reminiscent style. this is a perfect game for the Nintendo Switch, and is definitely something more designed for the portability side of gaming rather than for the long haul, which isn’t a bad thing. 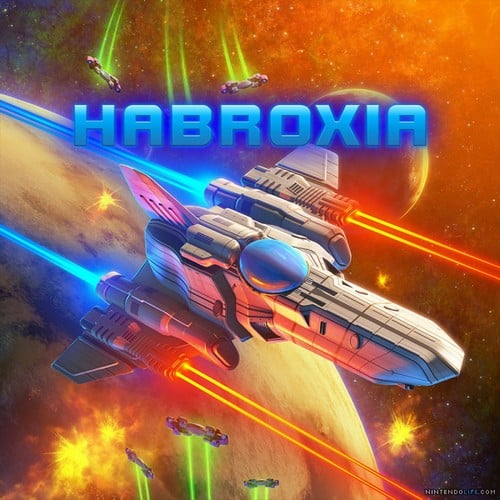 Habroxia is an old-school shmup that sees you face off against waves of alien invaders across fifteen short levels, hoovering up various pickups in time-honoured shoot-em-up fashion and grabbing credits which can then be used to purchase a variety of upgrades for your ship.