No stranger to racing games, I’m back with another review this time with ‘Horizon Chase Turbo’ developed and published by Brazilian Company, Aquiris Game Studio. Instantly I felt a wave of nostalgia wash over me (being a product of the 80’s) as I started this bad boy up. Now its time to hop in, fasten your seatbelt and let’s go for a ride into Horizon Chase Turbo.

Plot/Gameplay
Straight away, I was hit with a familiar feel of a game I played back In the day, if anyone remembers the arcade game ‘Outrun’ that was released for the Sega Mega Drive console. This feels like that but with an updated mechanics and look. It may just be myself but to fully become immersed in a game there has to be at least some sort of story pieced together to peak my interest. Even text on a screen would have been nice to see, telling me to become ‘the bes’, hell, I would have even settle for ‘live your life a 1\4 mile at a time’, I’m that much about the retro cheese.

Alas there is but nothing, just a Campaign, Playground, Tournament and Endurance mode all which become available as you race through the Campaign. Consisting of twelve destinations around the globe with roughly three places with three races, you are given the option of competing in an upgrade race that gives you one of three parts to choose for your car if you place third or higher. 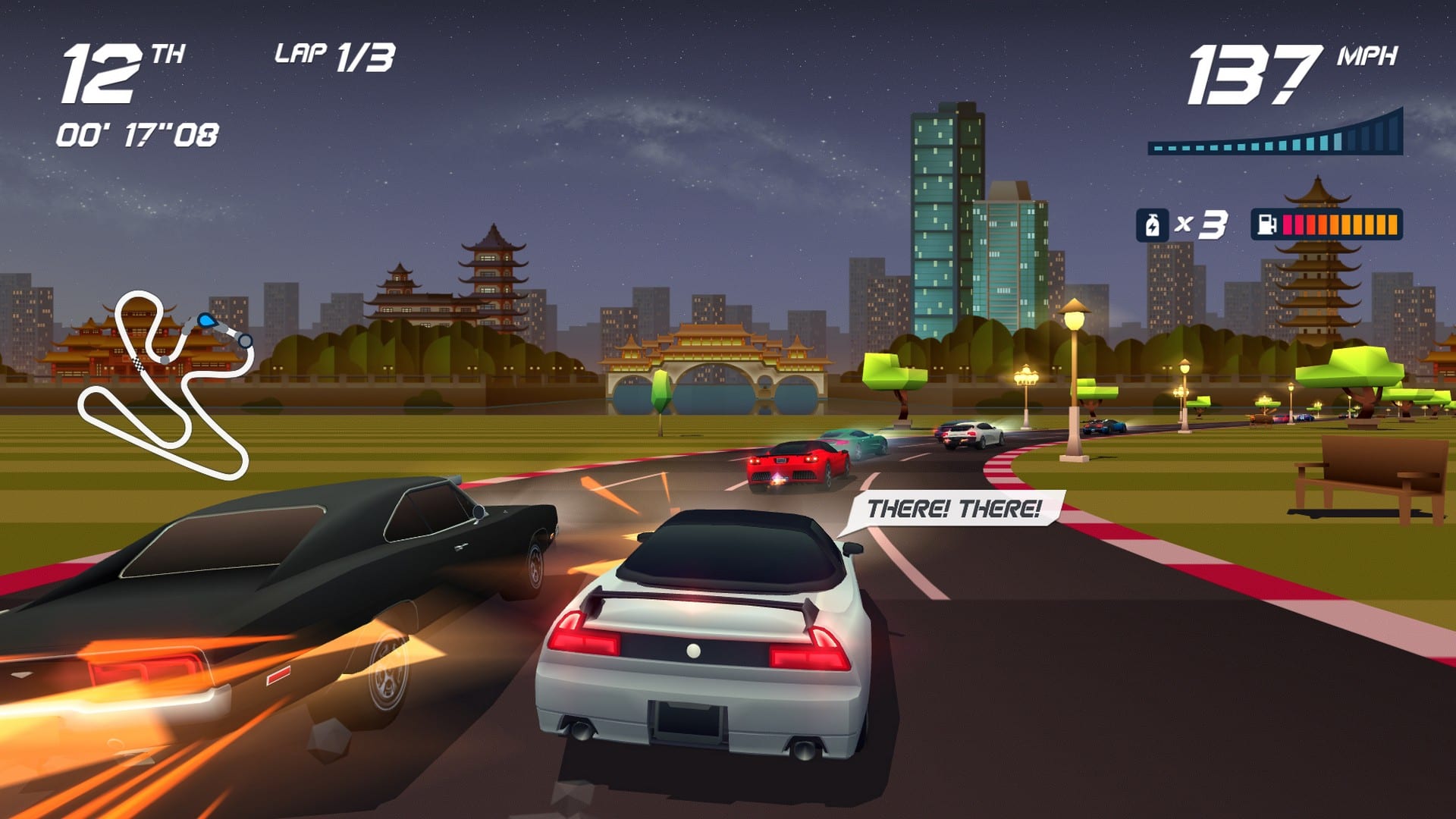 With over 34 vehicles (not named, probably due to copyright), I became particularly fond of my Mustang look alike and upgraded to the hills. Along the track are fuel tanks tokens and yes, you can be unfortunate to run out of that precious gas. I ran out of fuel a few times actually, during the surprisingly quick races that can range from about 2 to 3 minutes. Not really a negative as I felt this was all you really needed, nothing drawn out or long winded.

The game’s controls are extremely simple and easy to master. You will utilise on the buttons a brake, hand brake, accelerator, NOS and with Left Analog stick to steer. Like I said EXTREMELY simple when timing it right and I got a way with barely braking to maintain top speed.

Audio/Visuals
Visually, The game looks great. I fell in love with it’s bright, colourful, neon cartoony colours however that was until the race started. Hitting top speed the bright colours, road signs and other AI cars start to blend in to what I can only describe as what looks like unicorn vomit.

This may sound cute and pretty but it was pretty nauseating to the point Id take breaks every few races. The music was old school, arcade, nintendo-ish in feel which was nice for my first few plays, but it does loop around. It was great until that nostalgistic feel wore off. 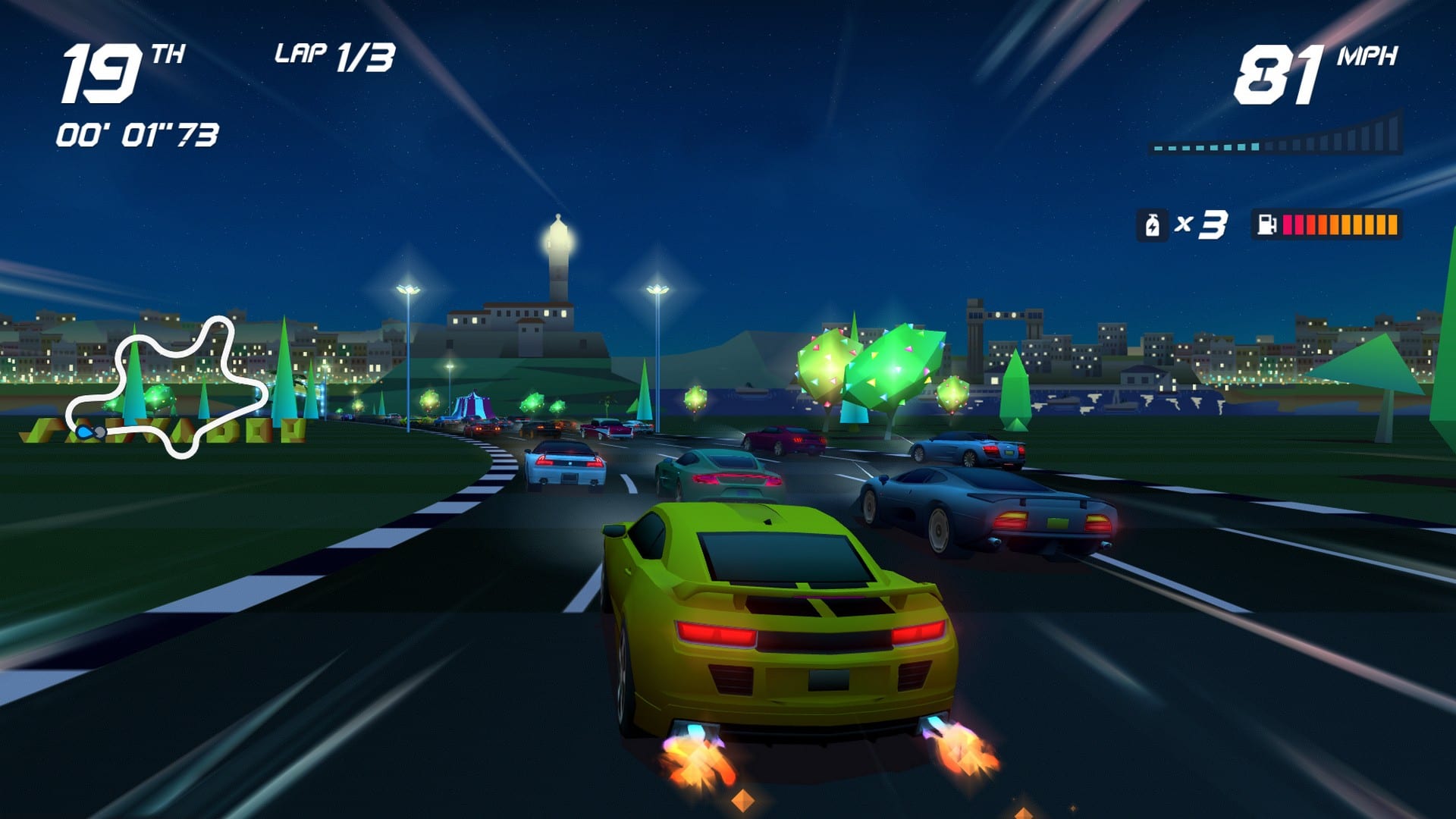 Critiques
The biggest flaw I came across is the A.I. cars. No matter what speed you’re going, tap the back end or have them move over in front of you will cause you to slow down to a crawl. If that isnt bad enough, you will get back up to speed only to have it happen again and again. Even after winning a race, in the next I’ll be at the back of the pack because of slight road rage.

The couch Co-Op mode, with up to four players, was a big win to me, allowing me to play through the game with my children, absolutely demolishing them. It was fun getting in their way, bumping them off the road and doing what I could to win explaining the whole time that it doesn’t matter if you win by a inch or a mile winning is winning.

Conclusion
All in all, I did enjoy my time with Horizon Chase Turbo, especially destroying my kids with this arcadey style game. With it’s hits of nostalgia and small download size it is definitely a must for old school gamers like myself. Even with the bursts of coloured blurs it will be one of the few games staying on my hard drive to kill a few minutes when needed. 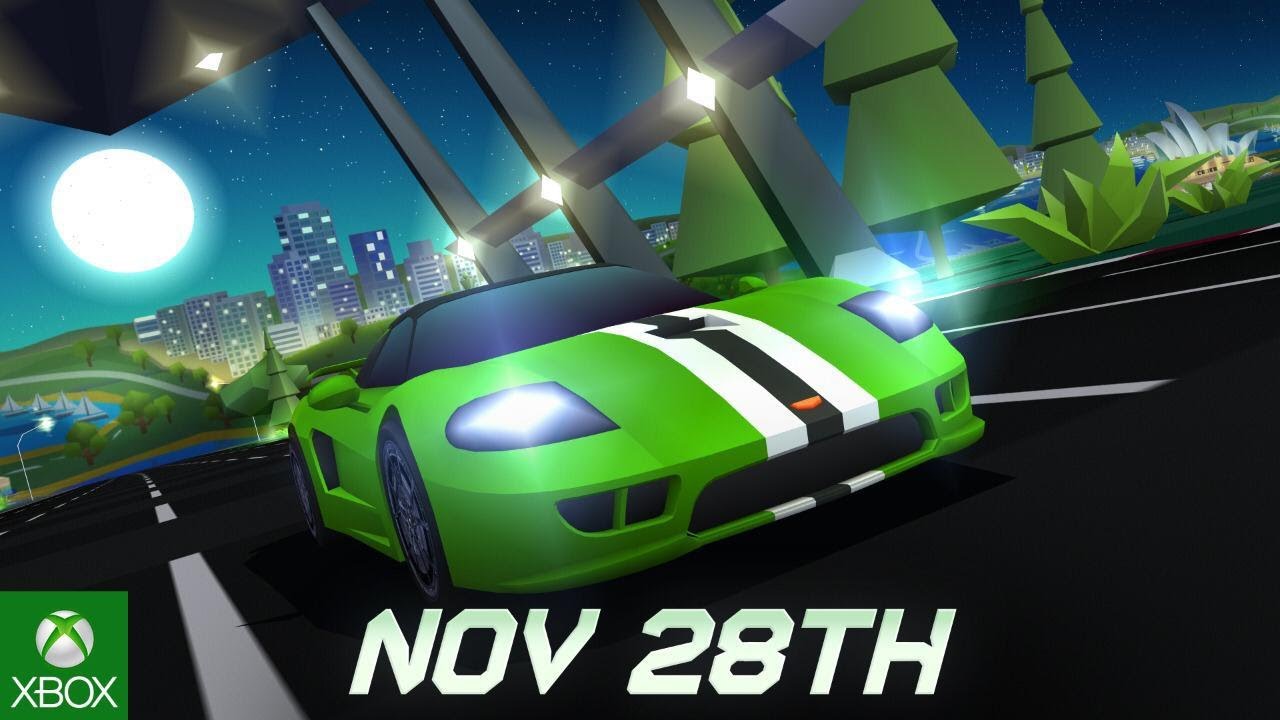 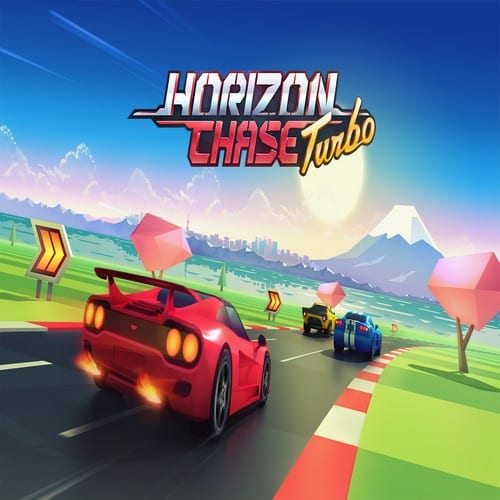