Grab your helmet and relive your childhood with Hot Wheels Unleashed. Drift and crash your way through plastic speedways spanning across various environments in the Hot Wheels universe. So buckle up, because Hot Wheels Unleashed brings us an epic Arcade Racer that will surely take you for a drive down memory lane.

The preview build that the awesome team over at Milestone sent for us to try included split-screen and quick play modes, 28 cars, and 9 tracks that span across 4 different environments. The day one release will have over 60 of your favorite cars from Hot Wheels, over 40 tracks spanning across six environments including the skyscraper, skatepark, garage, and college campus, a career mode called Hot Wheels City Rumble, a livery editor so you can put custom decals on your favorite cars, and a Track Builder, allowing you to build your own custom tracks in any of the included environments and race your friends. 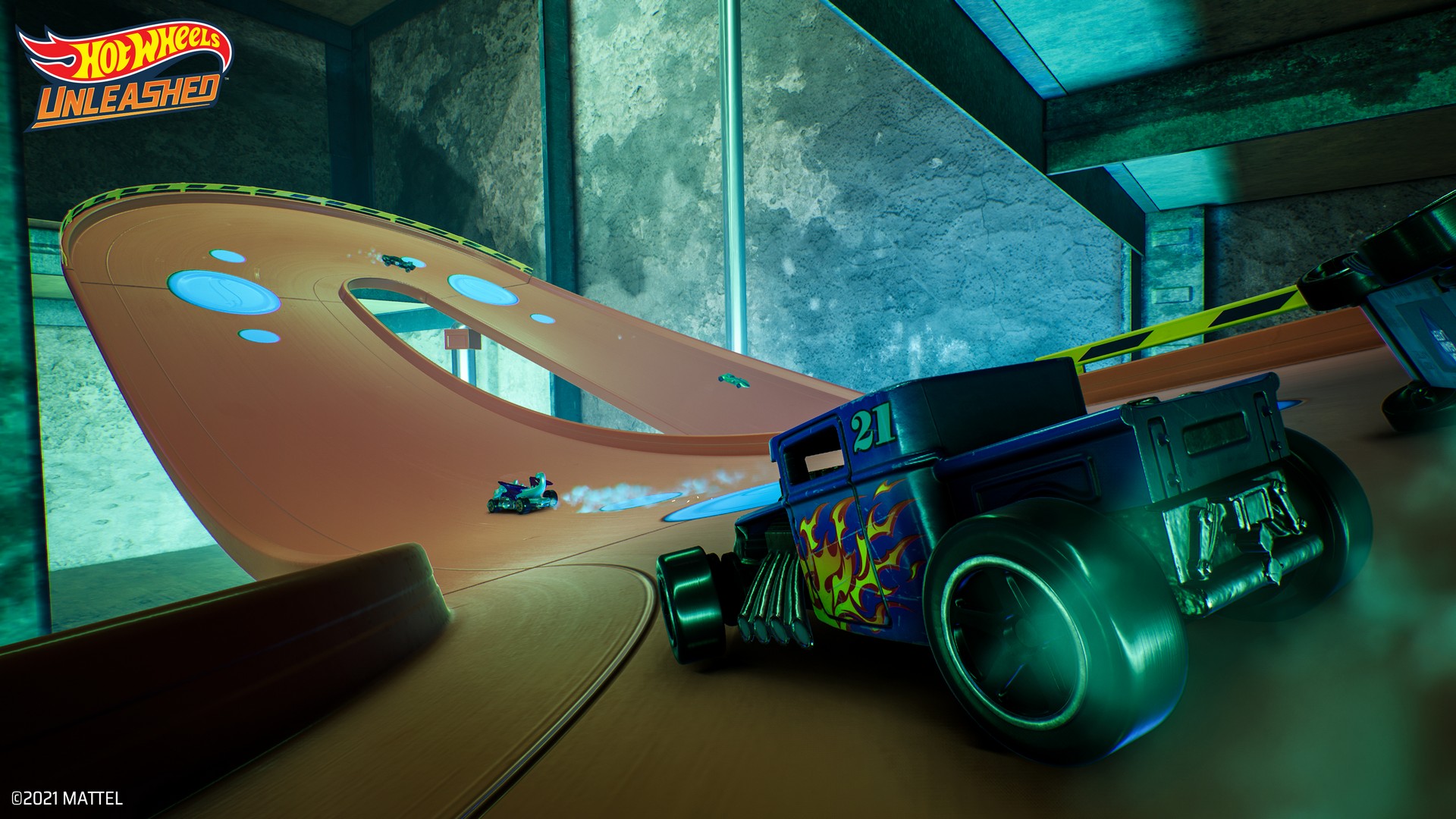 The track design and environments were outstanding and having the ability to create your own and share them with the Hot Wheels community, or just race on other players’ diabolical creations is very appealing. I can’t wait to let my creative juices flow, setting up jumps between skyscrapers and hoping not to fall from the heavens.

The game ran super smooth and bug-free during my time playing. The graphics, from the vehicles themselves to the special effects and the backgrounds of the environments (which if you fell off the racetrack like I did multiple times, you could freely drive around and explore), all added to the nostalgia and immersion of the game, reminding me of times as a kid when I would create the most absurd tracks using items from my room and the lounge. The game captures this perfectly. 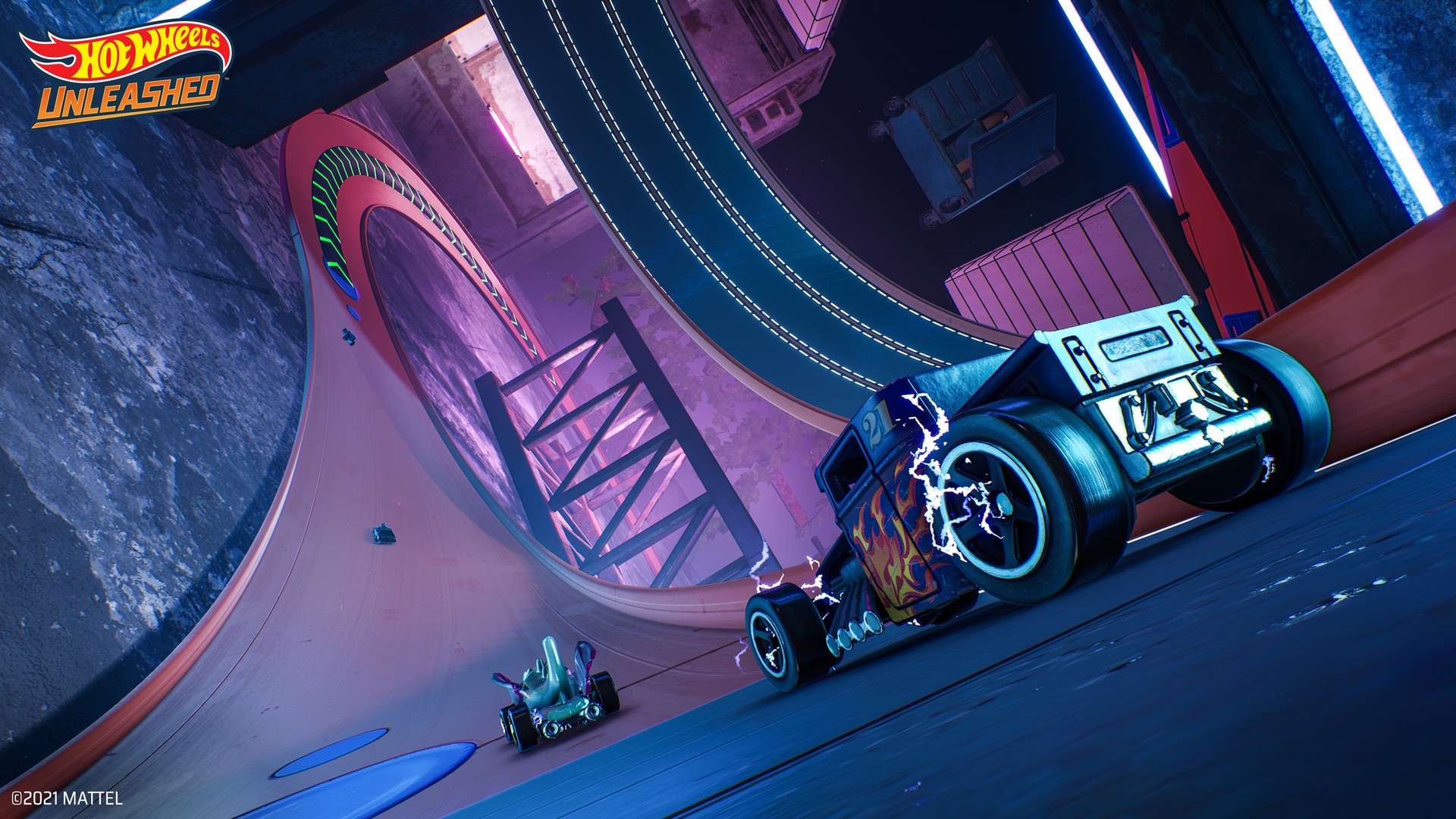 The plastics and steels looked real. Engines looked cast and metallic. It looked and felt like I had just opened a new Hot Wheels and ran to my room to race it around on my tracks. The soundtracks in the races and menus are upbeat and electronic, really assisting with getting the blood pumping while trying to catch up with the pack after getting caught in spider webs time and time again.

Don’t worry about having to make your own car noises either, the developers have added in some awesome engine sounds, from deep V8 rumbles to high revving 4 cylinder performance engines, each engine sound fits the vehicle they are behind.

All in all the preview build for Hot Wheels Unleashed was spectacular and extremely fun to play. Two races will never be the same with the number of tracks and cars that are included, so as you are sinking time into the phenomenal arcade racer keep both hands on the wheel and watch out for those track hazards! This is definitely a game I am excited to see the final build for, and an awesome party game to challenge your friends on, whether it be split-screen or online multiplayer. 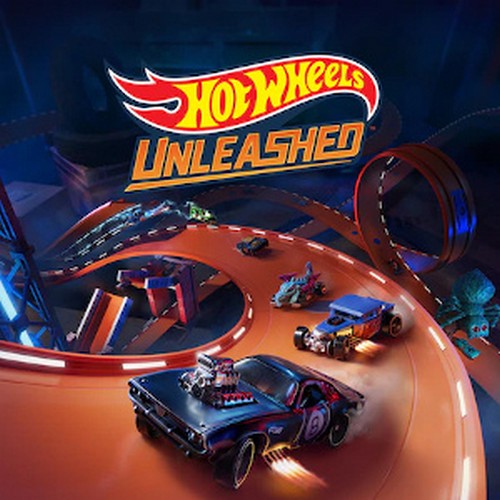