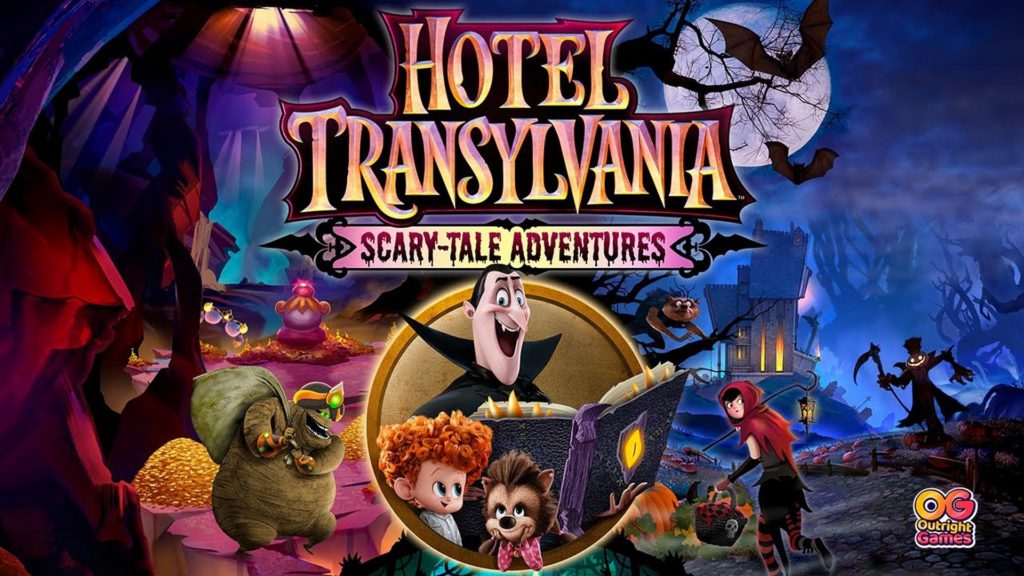 Drac and his associates are back but this time they are telling tales. Hotel Transylvania: Scary Tale Adventures is an adventure platforming game set in the Hotel Transylvania universe and follows the release of the fourth Transylvania film Transformania. The game was developed by DRAKHAR STUDIO and published by Outright Games and is out now for all major platforms. For this review, we are checking this title out on the Nintendo Switch.

Now, the plot of the game is quite simple; Mavis and Jonny are out and about, and Drac is left to look after and entertain Dennis and Winnie. What better way to entertain youngsters than to read them Tales from Dracs dusty collection. As the tales are being read, the player is controlling the character within those tales. If you were to meet your demise, Winnie or Dennis would pipe up and say “That’s not how it goes,” and you would respawn a few seconds back, ready to tackle the obstacles again. 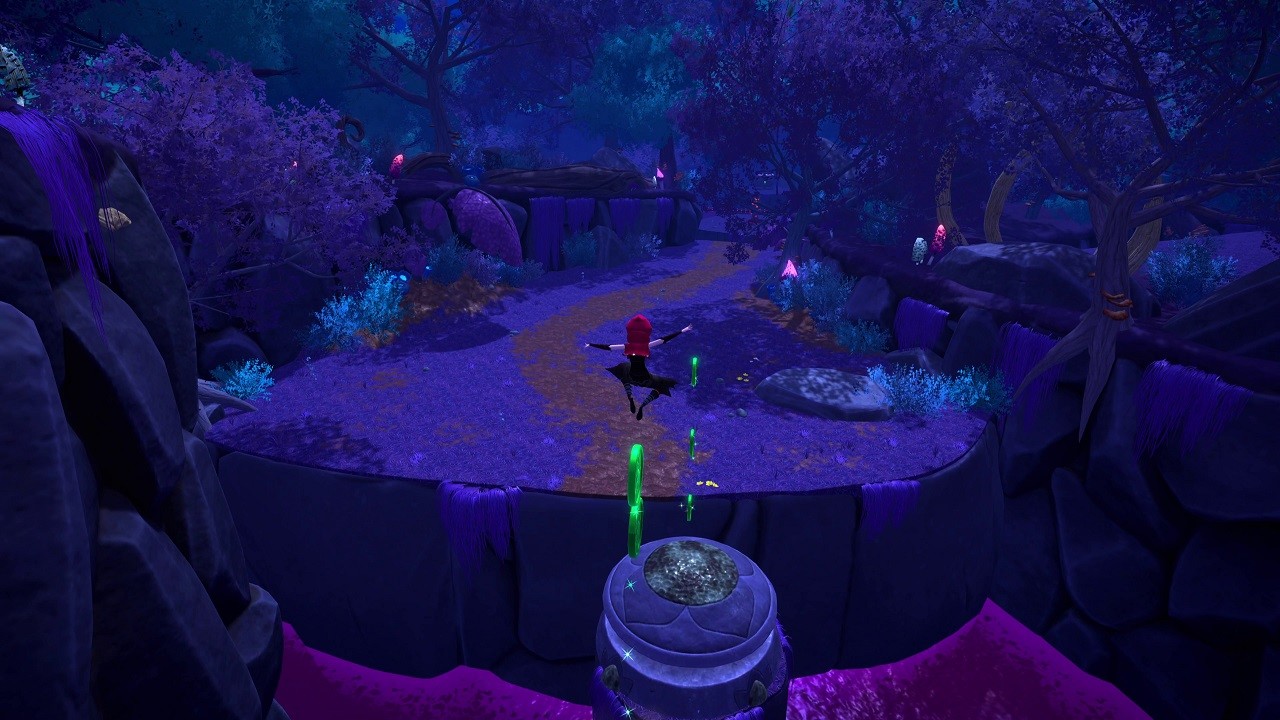 The gameplay was fun, but after a while, it felt repetitive and lackluster as there was never really anything new and exciting to explore. The game is one massive platforming collect-a-thon, and the need to perfect every area had me consumed within the world for hours.

Without a lie, some of the puzzles were a little tricky, whereas others were so simple I could have stumbled through them with my eyes closed. Between the minimal amount of puzzles and traveling between areas, you will encounter small enemies that do become stronger in different stages, but the combat was simple; mash one button until they disappear.

That’s it, that was combat. I was hoping to have a few better mechanics where heavy or special attacks could be utilized, but combat is basically a button pressing simulator. I know it’s a game for kids, but I mean, kids aren’t stupid when it comes to video games. If there’s a big armoured enemy and you had to use a special or heavy attack to stun, they would figure it out. The movement was one of the best features I found in the game. Drac could turn into a bat and glide after a jump. You could also dash and air dash into a glide, and this made getting to those tricky areas trouble-free.

Performance-wise, the game itself felt like it had extremely low frames during cutscenes, transitions, and gameplay. I tested this both in handheld and docked, but I wish I never attempted it in docked mode. Docked to a 32-inch 1440p screen, the game looked trash. 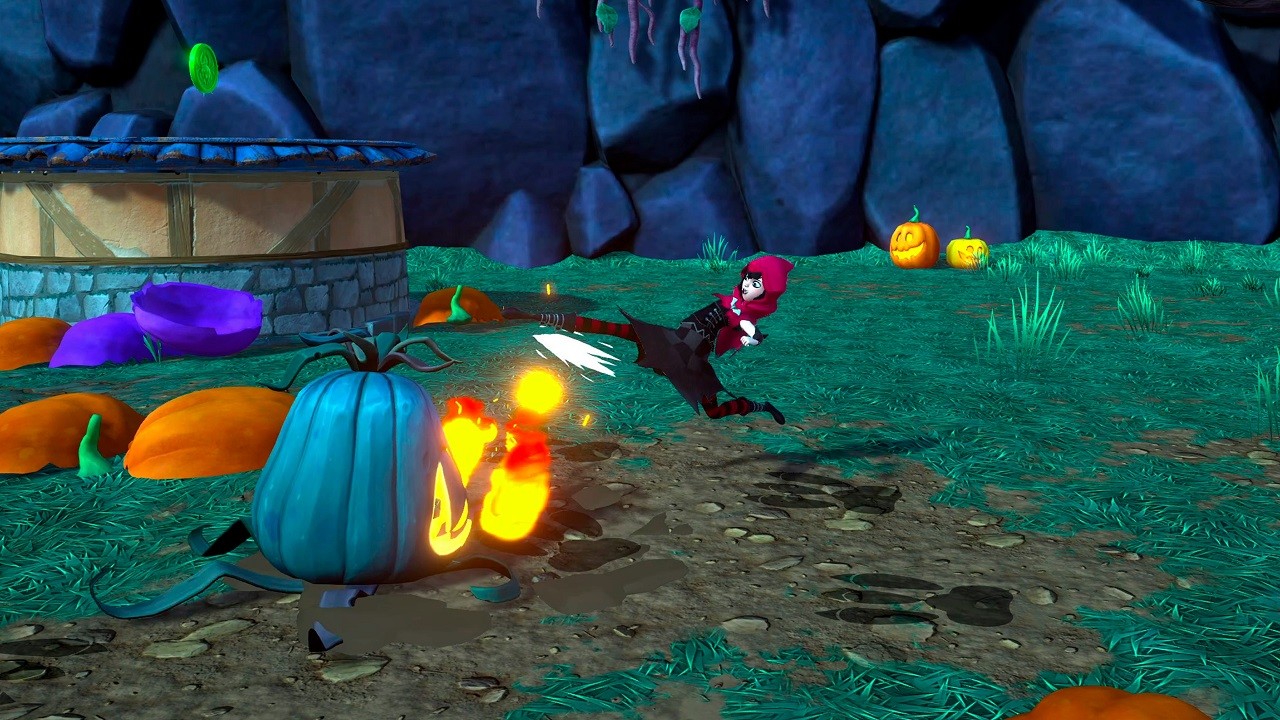 It looked worse than an MS-DOS game and it got an even lower frame rate. I couldn’t handle more than 5 minutes while playing docked. Handheld performed and looked smoother, but with a super-sensitive camera and no way to adjust the sensitivity, navigating the levels proved to be tedious in some instances. The frames and camera were not the only visual issues I encountered. During some cutscenes and even gameplay, shaders were cutting in and out and changing sporadically, and items and characters would sometimes clip through seemingly solid objects.

I found the voice acting to be on-point. I had no idea Adam Sandler wasn’t a part of the franchise anymore and Brian Hull did an amazing impression, so it’s worth noting he voices Drac in the fourth Transylvania movie. The only other voice actors to reprise their roles were Winnie and Dennis. They did re-use most of the cast from the Monsters Overboard game, so the continuity on that front was great. In-game soundtracks were fun and adventurous and added to the immersion. With the constant narration from Drac, Winnie, and Dennis, the game never felt empty, and as I stated before, the narration of when you did perish added to the fluidity of the Tales and proved to show the great storytelling of the game.

Hotel Transylvania: Scary-Tale Adventures is a perfect game for any young fan of the franchise. It’s not just another game that follows the movie it’s released alongside, it has its own tangent. Although gameplay seemed repetitive and super easy, I think any young kid would thoroughly enjoy their time in-game. 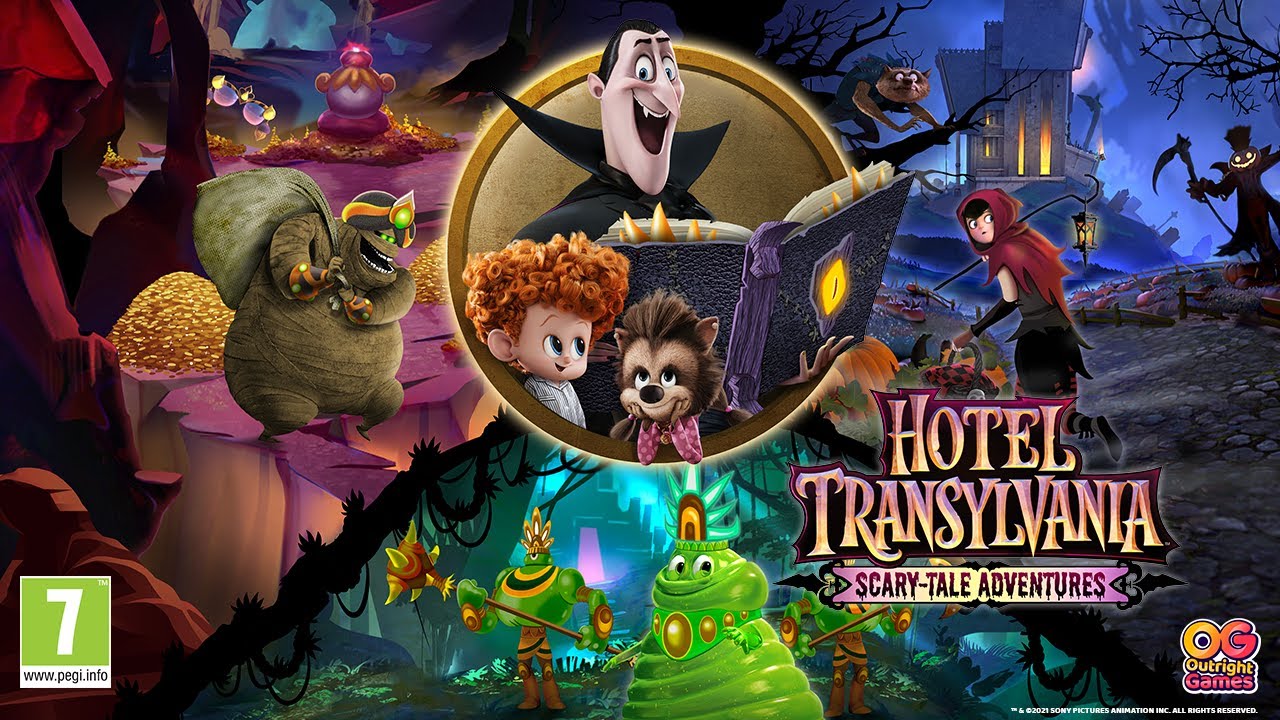 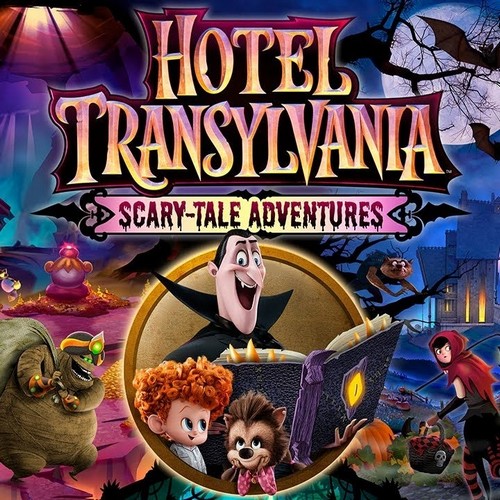