Immortal Realms: Vampire Wars is a turn-based strategy game developed by Palindrome Interactive and published by Kalypso Media. This game is very reminiscent of the old ‘Warcraft’ games and ‘Age of Empires’, in certain ways at least. What I was even more surprised by was how much the combat reminded me of D&D a little, with a lot of different styles of strategy game designs mixed in; was a nice touch.

First off, I liked this game and I even spent fourteen straight hours playing it in a single session, but did not make a lot of progress. There is a total of three campaigns with the first one being the Vampire story. When that is complete you gain access to the Undead and then lastly the Witch campaign. I recommend this before jumping into anything else as it takes a bit of getting used to, but once you get the hang of the mechanics then I would definitely give the Sandbox Mode a go too as it’s by far the most fun part of this game.

In the sandbox, you get to choose any of the factions even if you have not finished the Campaign. You can select the area or map, then you can choose the difficulty or customise it to suit your needs. Once in, you go up against around twelve other A.I., a word of warning however, the A.I. will come at you hard and you do not get a lot of time to prepare. 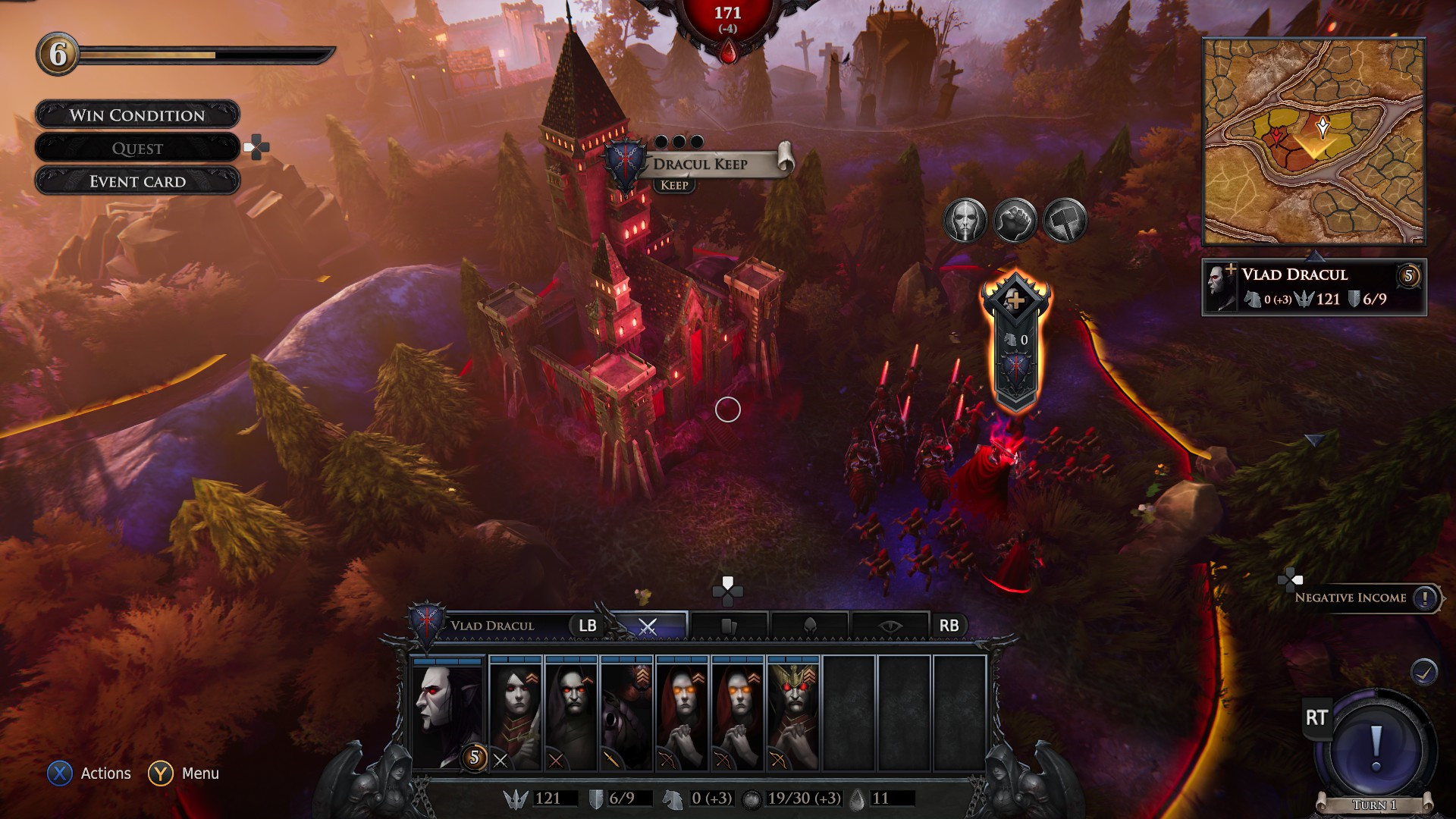 Initially, I thought this game was a castle builder, oh how wrong I was. You begin with a keep, your Lord and a couple of troops. You must then move around the area claiming new sections of the map and others such as farms, cities, libraries, blacksmiths, forests, and graveyards. These places plus others, grant you different things such as troops, more cards, blood (Vampires, remember) which is what you need to use cards, upgrade buildings and gain battle units. It also uses a card ability mechanic that give you perks to help you out both in battle and out.

Speaking of battle, this is where the D&D comes in. Now it’s not exactly the same as it also looks like other games with similar battle systems, but it did give me that good old D&D feeling. You get to place your Lord and troops anywhere along the bottom two rows of the battle map, then by initiative order each unit gets to take a turn. Each unit only has a certain movement speed in the form of how may squares it can move, and you only get a movement and an action, if you get into melee range.

Unfortunately, for ranged units they can only move or attack. Every type of unit has special abilities and you get a bunch of cards to use whenever as long as you have the mana to use them and that they are not on a cooldown. Beat all the enemy units and you win, lose all yours and you must resurrect your Lord at the keep to rebuild your army… hopefully before your keep is taken. 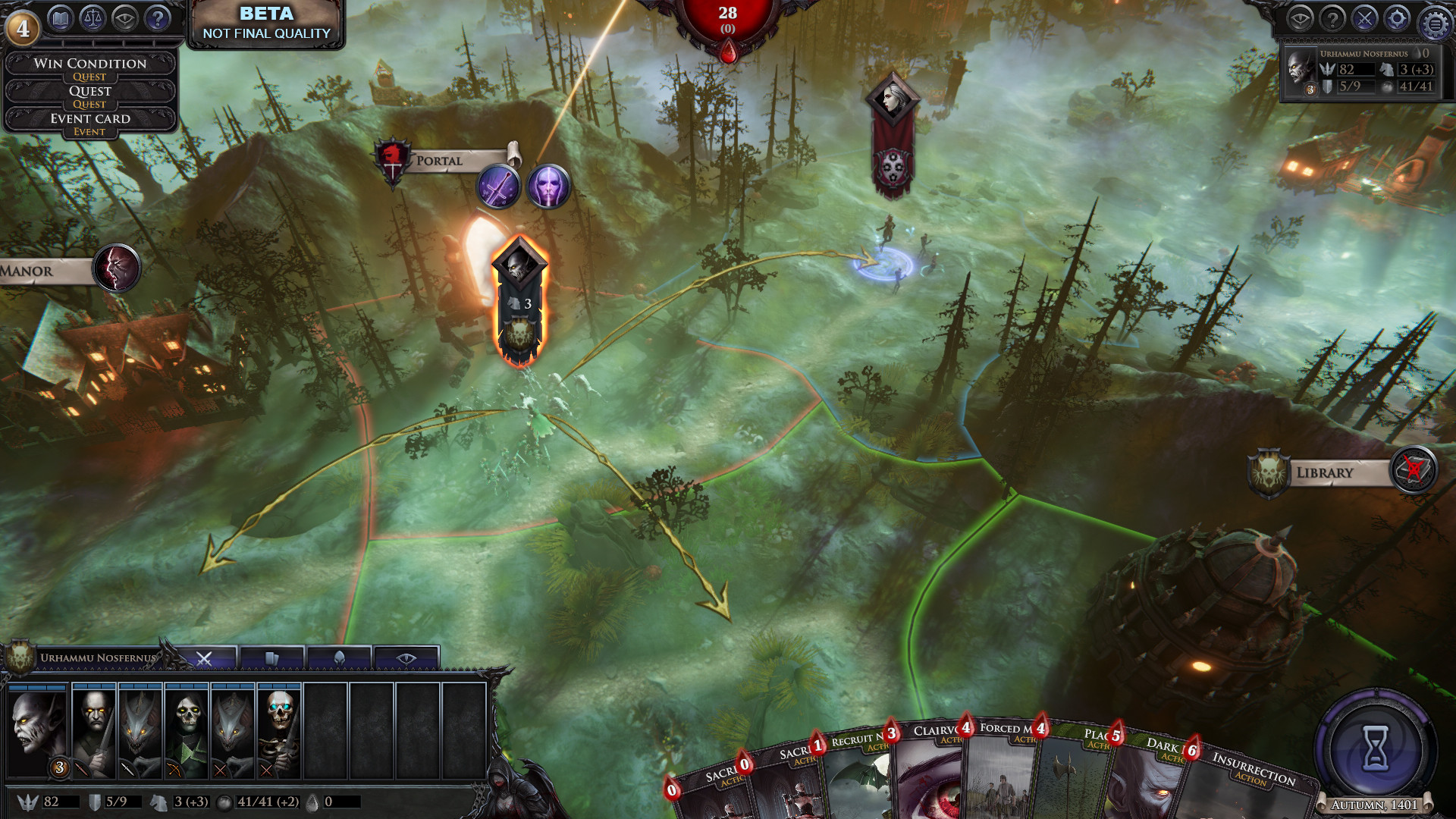 Visually, the cutscenes feel reminiscent of Warcraft 3, just with vampires. It’s not the cleanest game I have seen but it’s not bad, it kind of gives me a bit of a nostalgic feeling, like traveling back to the days of Battle for Middle Earth and Age of Empires. They have voice acting that is rather good, thankfully, because if I had to read everything I think I would not have been able to play it for an extended period. Other than that, the sound effects are your generic strategy, battle game sounds, dark and epic to match with the vampiric and monstrous themes.

However, I did run into some trouble during the main campaign. I was almost finished a mission and an error occurred and I had to redo the mission because it does not auto save, so make sure you save your game frequently. The reason it was so frustrating and deflating is the fact that its long, and I mean a long process. It takes a long time to do anything since you only get a few actions each turn outside of battle. Those actions are move, claim land, upgrade buildings & buy units, everything takes an action and you only get three action points, unless you have cards that give you one or two more. The loading screens also take a little while, thought that might just be for the console but put it all together and a lot of time is wasted with just waiting.

14 straight hours playing it, as my eyes glazed over and stung but you know what? I kept coming back. You know why? Because it’s actually quite fun, and I really enjoyed it, now all they need to do is make it multiplayer so you can tackle those opponents a littler fast. 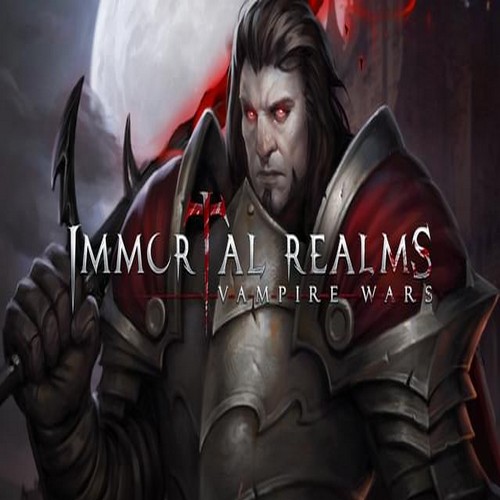