The shoe that fits one person, pinches another; there is no recipe for living that suits all cases. A rather fitting quote by Carl Jung for my experience with “In Sound Mind” by developer We Make Stuff. I’m not usually an avid fan of the horror genre, however, the concept of piecing together a string of broken minds while keeping yourself afloat above insanity was well worth the investment. This is yet another solid entry in a growing list of excellent games published by “Modus Games” and will be available across all Xbox and PlayStation consoles, with Nintendo Switch joining the party as well.

Enter the mind of Desmond Wales, a therapist seemingly trapped both metaphorically and literally in a dilapidated apartment building, slowly being consumed by the rising tide. It wasn’t immediately apparent but this hazardous environment will serve as your hub world between your trips into the ether. It was here that I was given a taste of what’s to come through environmental puzzle solving to get the dang elevator working.

Pulling out a one size fits all fuse from a busted washing machine and crawling through the vents to get underneath and power the elevator, only for it to fall inches from my face and illicit a few choice words from me. I could see that I would have to be on my toes even when I was making the right choice, if only for the fear of the next jump scare. I even developed a phobia of going near the phones as there is a constant stalker that follows you through every level tormenting you about the deaths of your patients.

I would be lying if I didn’t have a chuckle at the environmental barriers that eluded to repeat visits blocking off certain areas of the apartment building until I found the correct tool. Indestructible police tape that was physically impossible to remove without a tool was an obstacle that broke the immersion that the flickering lights fought so hard to build. I had to remind myself that I should be thankful that the art style was complimented by easy to define puzzle pieces as this is an ever-evolving game and having constant visual cues to rely on kept me rolling. 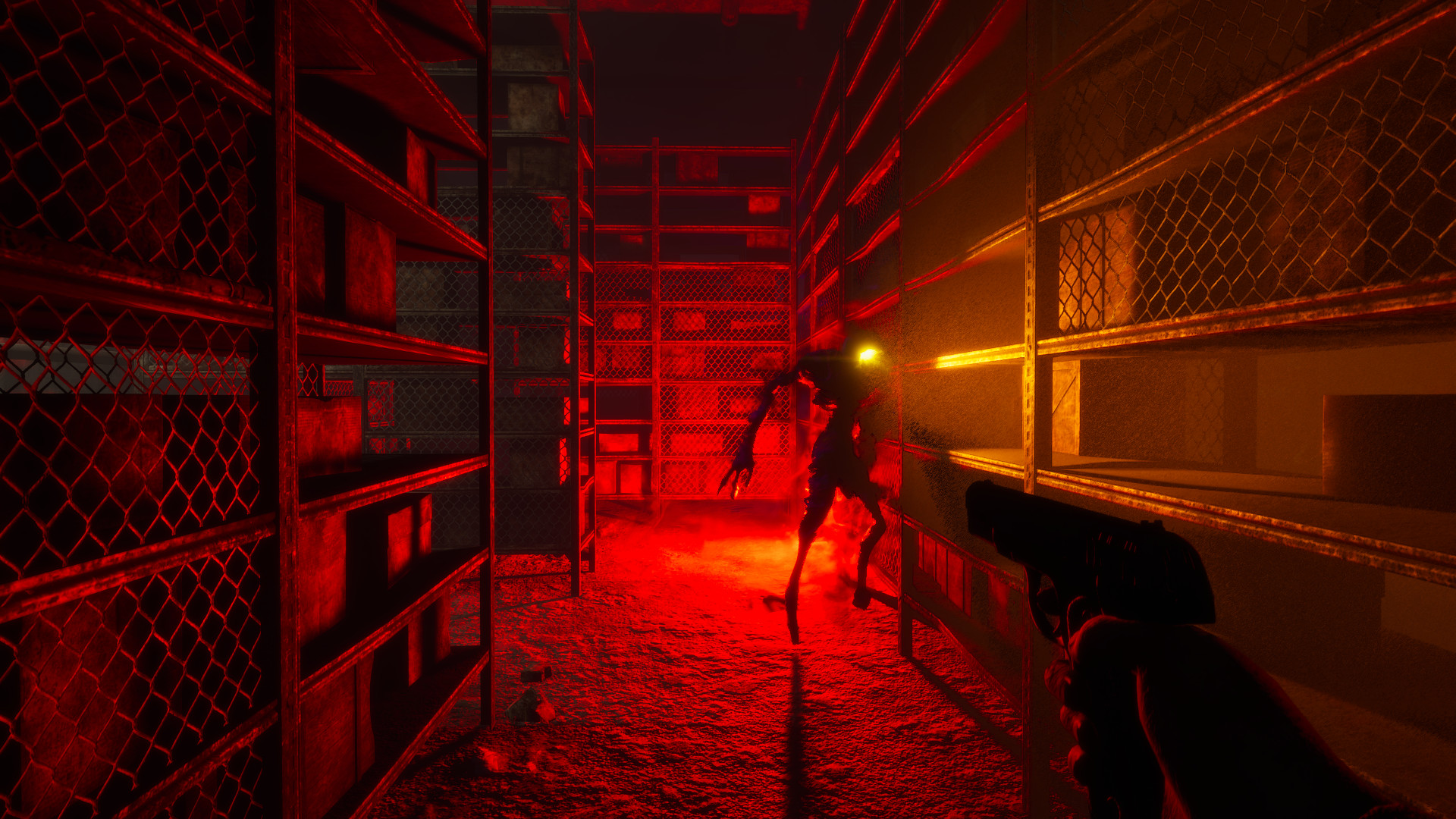 Finding health items such as food and bullets was also plentiful which was nice but the batteries for the flashlight were so abysmal; it’s a horror game troupe but I personally can’t stand it. There are a total of eight cassette tapes to find in the hub world and each one throws you into a different themed environment as you stitch together the dying moments of your last eight patients.

To be more specific, when you enter each tape’s world, you will be playing a manifestation of the victim’s worst fears. In the very first scenario you are thrown into, you must fight and work your way through the aftermath of the tragic suicide of your first patient. A young woman scarred from an accident who developed a crippling fear of being seen and under your guidance attempted to acclimate back into society.

A truly harrowing experience followed as I had to ward off the Watcher, a ghost who can only be stopped by her own reflection, with little more than a shard of a broken mirror. The supermarket which housed her final moments, was in shambles as I pieced together the events that happened that night through news articles, notes, and audio logs. It was a little emotional and thought-provoking reading through the everyday lives of the workers that witnessed everything, with each new bit of information the world-building solidified itself and drove the narrative forward.

At the end of the first tape, after successfully leaving behind the haunting presence of store mannequins following me around when I am not looking, deeply unsettling I might add, I was thrown back into the hub world with new tools to explore more of the apartment buildings to unlock the next tape. With each successful escapade, I gathered more tools such as a gas mask, flare gun, torch, and even some firearms like the trusty pistol and powerful shotgun. 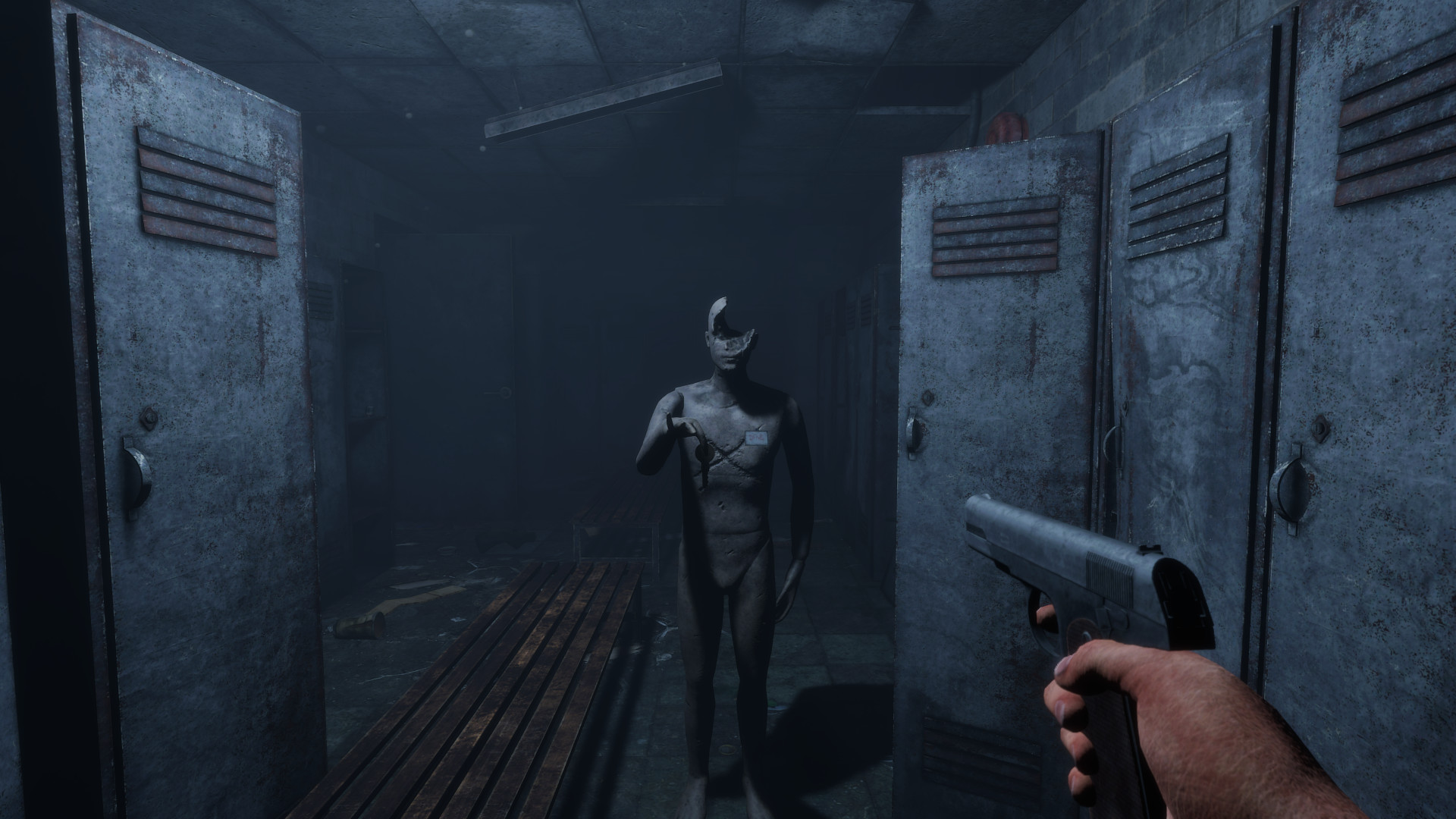 It was such a treat to feel like I was playing a whole new horror game with each new tape as opposed to feeling like I was just moving into a different setting for the sake of variety. There is definitely a constant between the levels that require you to explore as much as possible and solve environmental puzzles to gather more pills to better your stats. Being able to increase your speed, stealth, stamina, and health become more vital than ever the further you venture as the boss fights become increasingly aggressive and complex, if at times frustrating when enemies blindside you from out of nowhere.

The work of “The Living Tombstone” didn’t go unnoticed as their music gave a new experience for every occasion. The haunting walls of the shopping mall were riddled with anxiety-inducing twitching music that reflected the traumas of the victim. Which was a stark contrast to the somber piano melody of the main hub which is almost a perfect analogy of the sad descent into madness that Desmond is experiencing. Music and sound design are so integral to a horror game, and they have been married up so well here. Wearing a headset with surround sound was deeply engrossing and had my skin crawling with the distant bangs and howling wind.

Blending together eight different worlds is a daunting task that played out beautifully as they became more connected than I could have ever imagined. In Sound Mind kept me on the edge of my seat more than once and the progression of my character gave me ever-growing confidence to tackle the next event. For those that will brave the mind of Desmond Wales, an enriching and perplexing experience awaits you. 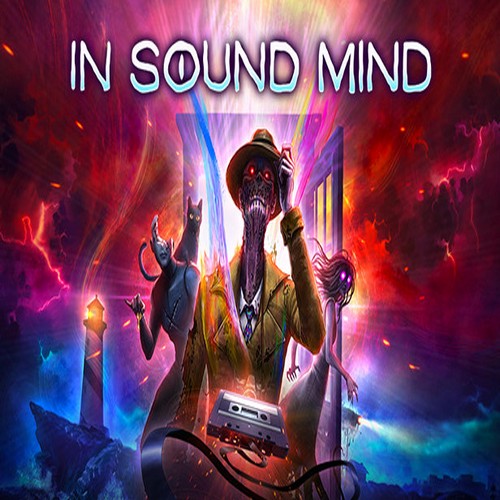 Published by: Modus Games
Developed by: We Create Stuff

In Sound Mind is an imaginative first-person psychological horror with frenetic puzzles, unique boss fights, and original music by The Living Tombstone. Journey within the inner workings of the one place you can’t seem to escape—your own mind.