505 Games S.p.A. is an Italian video game publisher based in Milan. It was founded in 2006 as a subsidiary of Digital Bros. and are behind games as Sniper Elite 2 and Payday 2, both of which are enjoyable games to play.

As this game was handed to me to review, I was excited and instantly drawn in as I’m a massive fan of Anime, only to discover it’s not based on anime even though it hints at Anime influences. This is a goddamn shame to me as it original story reeled me in hook line and sinker. That said, it did confuse me somewhat as I started out until I progressed through the game a little more. Have I said how much of a shame this isn’t an actual Anime? How did I go? Let’s carry on and see shall we!?

Starting off Indivisible in a tutorial mission of sorts to teach you the general controls, I was introduced to a young female villager named Ajna; who is late for training with her father. Once this is completed, the story really kicks off and things, well, get a little weird. The village is destroyed and here where I faced off against the first villain. Surviving the battle, to avoid spoilers, he is sucked in to and trapped in your mind as the first of my many companions as we travel to face Ravannavar.

Ravannavar is the main villain of this story, a story of which would be brilliant explained in daily episodes (wink wink). After attacking and leaving my village in ruins, I set out on my mission of vengeance and revenge. During my travels, I encountered a priest and nun who explain that I have a hidden power inside me which can be improved by locating and utilizing red crystals on my journey. These crystals help me become more powerful by unlocking my full potential. 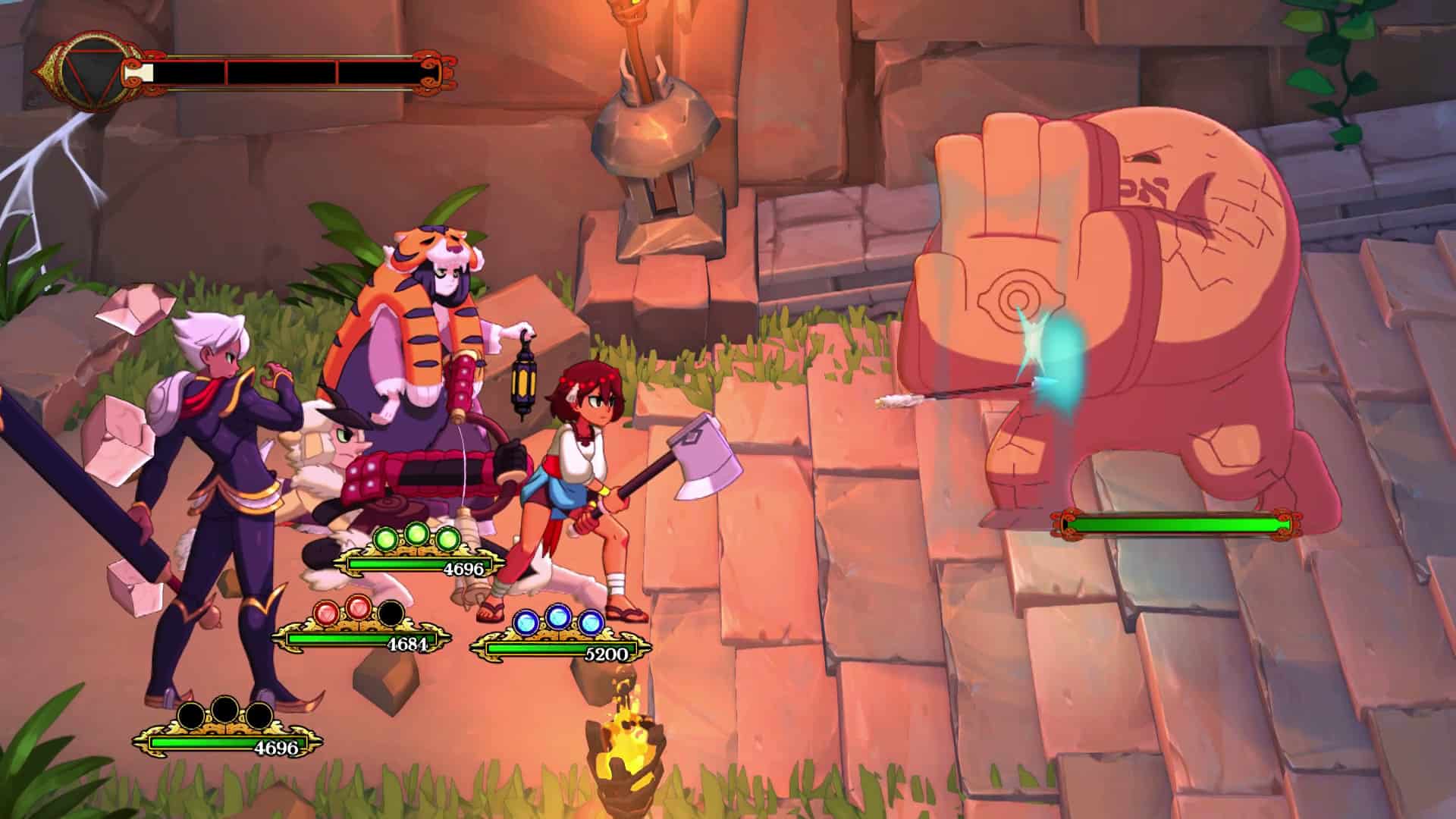 With my new companion in tow, well, in my head interacting at numerous moments through voice-overs accompanied with sub-title boxes, you can press (A) to keep the conversation flowing or alternatively by holding (B), you can skip the whole chat. If you want to have a chat with one of many people in your head, all you have to do is hold (B) while pressing up on the (D-PAD) which teleports you to the inner realm, or inside your head as the case may be. Confusing right? I agree but it is so good though!

I found myself holding (B) or furiously tapping (A) a lot of the time during fight scenes as the characters have text conversations rather than using their voices. Stopping for a cut-scene mid-fight was something I found a little frustrating as it tended to break my rhythm as I try to plan my attacks accordingly.

The controls, like the story, are a little confusing to explain however, the tutorial does an excellent job of holding your hand and guiding you through while explaining everything you need to know. The basic gist of the controls is that you can tap a button for one action such as a dash, hold it for a different action and combine it with the D-PAD for yet another differing action like entering your own mind!

Happily, after playing Indivisible even for a short while, the controls felt quite simple. 505 games have done a brilliant job utilizing buttons for multiple uses without causing your brain to implode from control confusion. 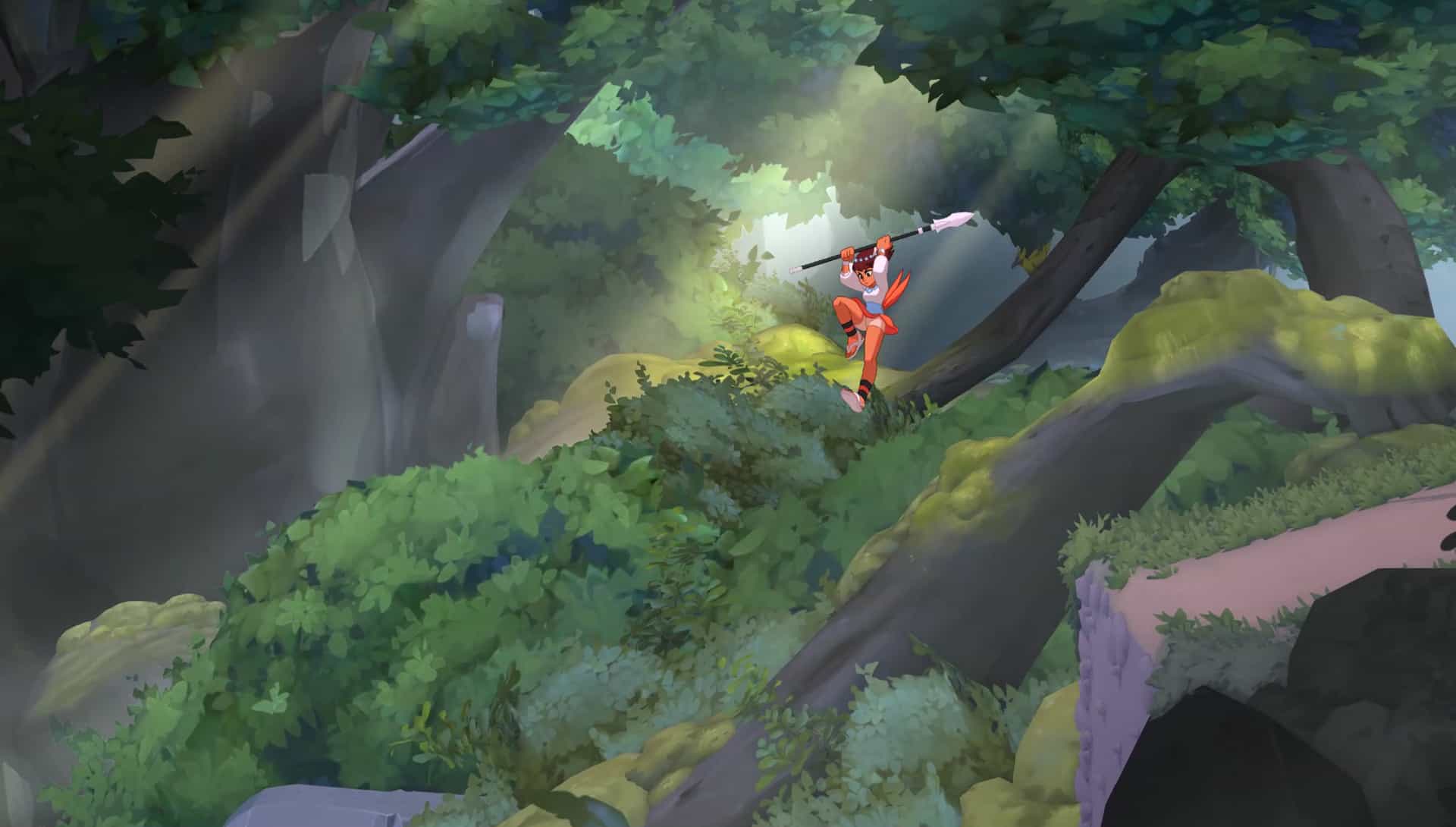 With beautiful hand drawn art backgrounds populated with stunning character animations do a wonderful job of captivating you and drawing you in to each scene in this wonderful cartoon-like world. As I leave my controller alone whilst I sit and type this, my TV screen is brought to life by plants, trees, leaves and vines just swaying in the wind while shadows are creeping back and forth… All the while the beautiful Ajna standing idle, just lightly breathing in and out while her hair and clothing move with the motion of her breath.

I feel like an Italian chef celebrating making the perfect pizza by kissing my fingertips! Bravo 505 Studios, Indivisible has visually blown me away.

Unfortunately, the music is a bit of a let down as it does tend to get a little repetitive, only to be broken up between chat areas and fight scenes. That said, the music score throughout game does do a good job matching the mood of each scene, with the exception of standing still as I am at this moment. Standing still simply puts the music on repeat. 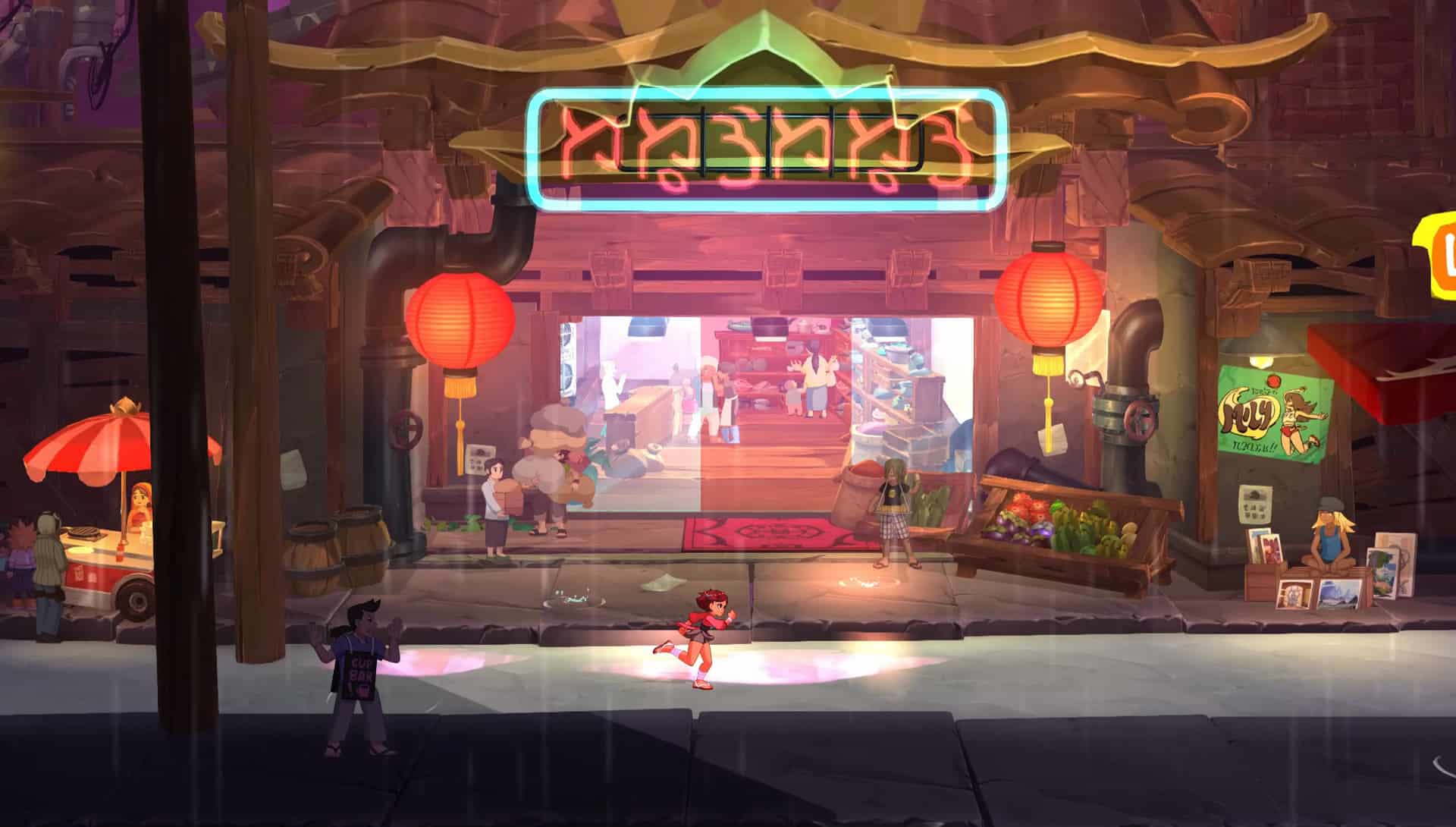 he combat mechanics work on a turn-based system that doesn’t always feel turn-based. Enemies can attack you while you’re completing your attack which can be highly frustrating. One saving grace is the plentiful supply of save points along the way. Switching between opponents is as simple as pressing left or right on the D-PAD while (LB) makes all your companions block.

However, if enemies target a single character, I found it to be a struggle to select said character in time. Blocking attacks will also still cost you precious health points unless you manage to time it perfectly & not only does it take your health, but also your power bar for special moves. I used the power bar maybe once or twice and during the rest of my game time, I watched it build up only to see it deplete again

All in all, I adored my time with Indivisible. With its beautifully designed visuals, easy learning curve thanks to the useful tutorial and even with its somewhat confusing storyline, Indivisible is fun and enjoyable, and would also make a great anime series! I can only hope it gets the popularity to branch out in the future. 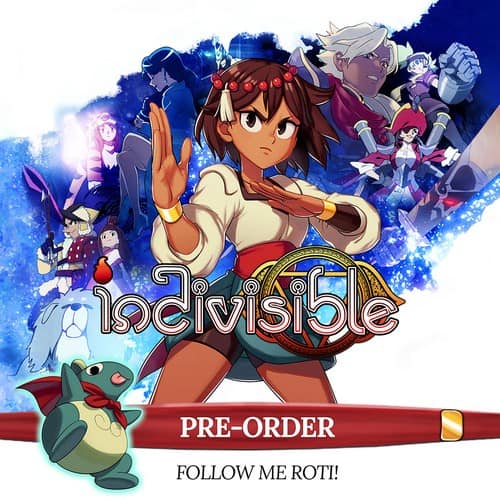 Indivisible is a hand drawn action RPG platformer from Lab Zero, creators of the critically acclaimed Skullgirls! Set in a huge fantasy world, Indivisible tells the story of Ajna, a fearless girl with a rebellious streak who sets out on a quest to save everything she knows from being destroyed.