Horror Games are my bread and butter here at MKAU. More than any other genre, there’s something enjoyable about a game that tries to tap into your fear, raising your pulse, making your stomach knot and the hair on the back of your neck stand up as chills race down your spine. The thrill of making me want to turn the lights back and to on take my headset off is a rush.

Infliction is this sort of game. From Sydney-based, Australian indie developer, Blowfish Studios, my favourite indie game developer, and with Caustic Reality, this psychological horror is now available on Xbox. I actually had the chance to demo this at PAX AUS 2019, back in October of last year, and couldn’t wait to get my hands on it to fully enjoy how Blowfish Studios handled this genre. Take my hand as we dive in. (Please)

Story/Gameplay
I can’t really talk about the story too much without feeling like I’d be taking away something from your own experience (think M. Night Shyamalan/Stephen King). Straight away, I was introduced to my character, driving home to a typical house straight from suburbia in the 90’s. Standing outside my house in windy conditions, rain, thunder and lightning blazing up the sky, added to the creep factor making me feel uneasy without even encountered anything, let alone entered the house yet. Once inside my uneasiness didn’t leave, especially playing this with a headset on and definitely once the Entity makes her presence known. Working my way through the story, you learn about the Entity more and man is she a jump inducing, chest clenching thorn in my side to come up against. When she does make an appearance or better yet cross your path as she patrols the house you better run and hide or you will be exposed to her numerous jump scares. 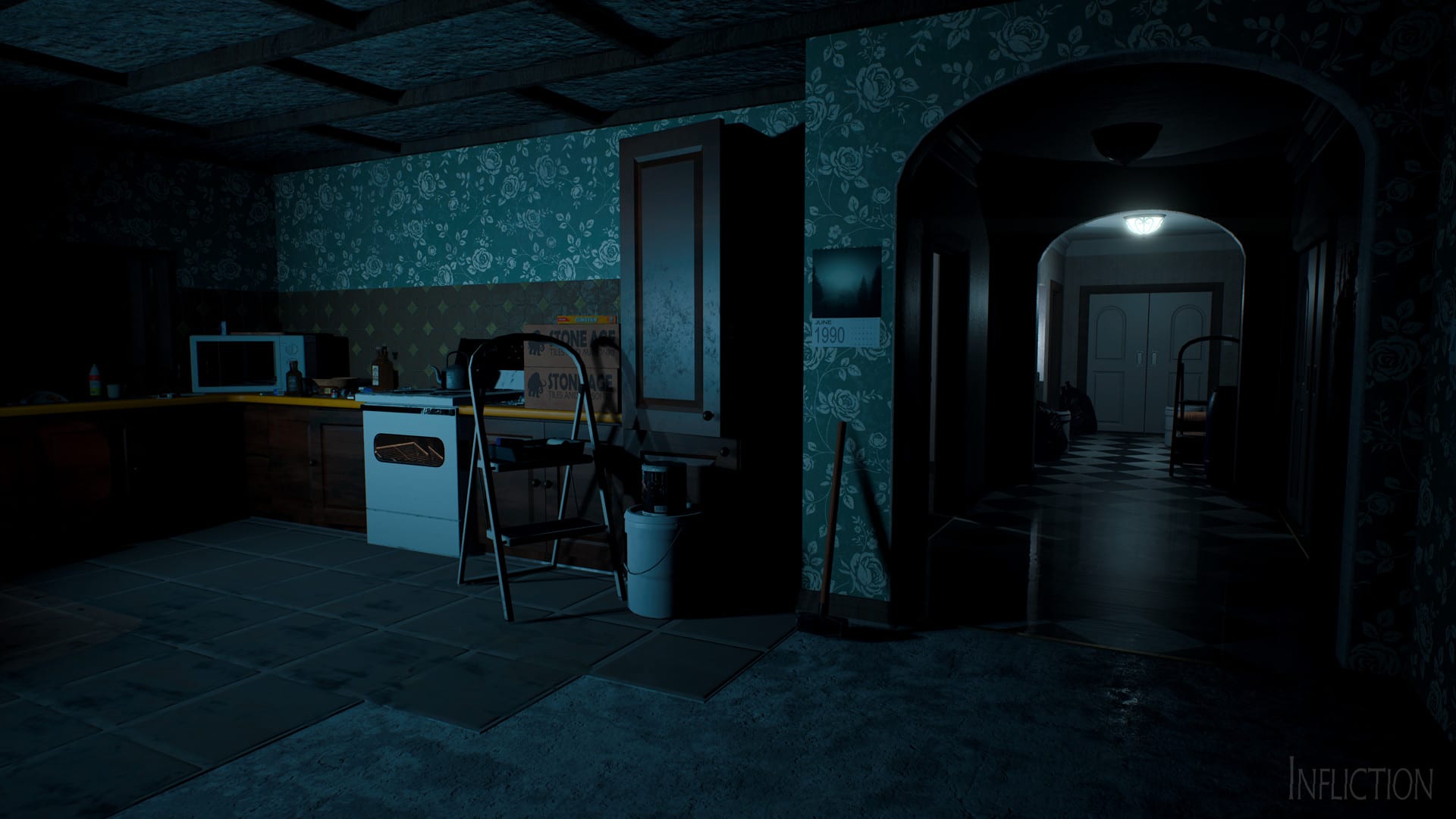 As you make your way through this tale you will learns plot developments while finding items you need for an offering/ritual. There’s a lot to uncover, from items such as newspaper clippings and notebooks which these trigger memories, each adding their only little piece to events leading up to what is currently happening. There is also a camera that helps out with solving puzzles but more helpful on the Entity when you see her in the distance (I may or may not of streaked my underwear). Besides the scares in this game, the story itself had a huge impact on me psychologically, often feeling for the people involved which doesn’t happen to me a lot, especially in games. It’s fantastic and I Honestly can’t get enough of this game.

Controls/Music
Playing this on the Xbox One S was as smoothe as it can be. I came across literally no faults, bugs or crashes. One thing I truly loved was the fact the controls are so simple, especially since the past couple of games I’ve reviewed this year were quite complicated; it was a nice break. Analog sticks are used to look and move and (RT) if there’s something I needed to have a closer look at and zoom in on. (A) and (X) are utilised to interact with objects and (Y) for my camera. Siimplicity at its finest, though a run button would have been a nice inclusion.

Visuals
The visuals are great and the Unreal Engine really shines. The lightning flashing at the start illuminate the yard for a split second, the dirty dishes in the sink or even the cereal in the cupboard, everything just pops out witht he detail included. The lighting rendering is on point too, with even sausages glistening when I hit them with the light of my flashlight. Now while the environmental features shine, I found I had a love/hate relationship with things up close. I could either see everything or be in total darkness, struggling to find a balance. Even the Entity up close looked a bit like she belongs on the PS1, though that’s not a bad thing as part of the game is set in the past, it fits right in with the look and feel. Scattered around the house are numerous items from that 90’s retro er; from the old tape decks, boomboxes to a familiar looking console with cartridges, I even came across a View Master. The nostalgia hit hard. 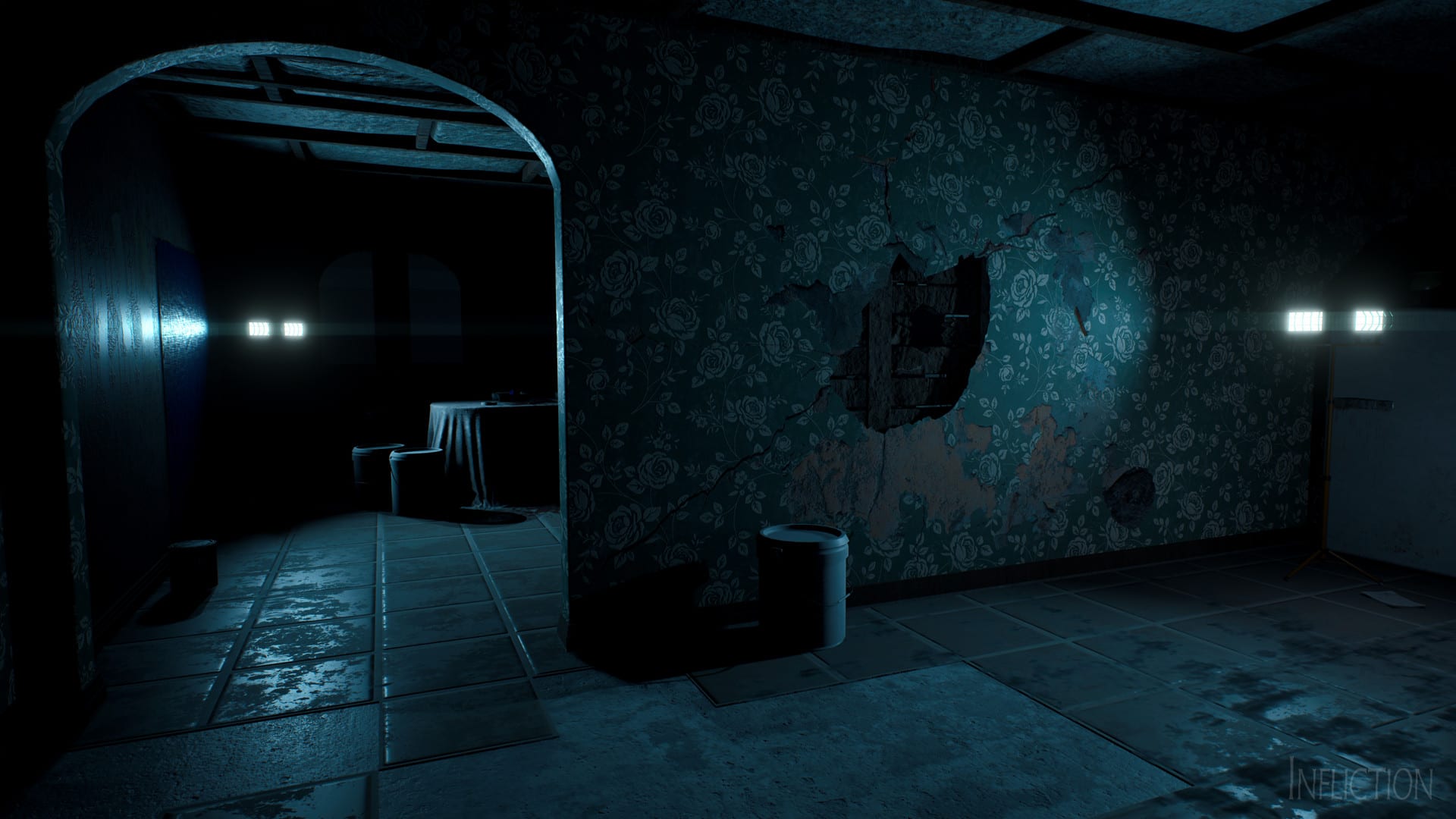 The eerie background music really helps the mood too and feel coupled with faint stubtle laughing of children made me constantly on edge and paranoid (because was I imagining it?). I found myselt waiting for literally nothing to happen yet I was still on edge then coupled with a heartbeat sound that gets louder as the Entity approaches was was truly unsettling. The sound effects just create such an atmosphere, it’s terrifying.

Overall
Blowfish Studios & Caustic Reality truly are on top of their game, when it comes to this horroreque title and have definitely taken my top indie game of the year thus far. I’ve played countless games in the genre from the Outlast series, Welcome to Hanwell, Layers of fear 1 & 2, even Blair Witch and most of them gave me some chills, thrills and jump scares; but while they are good horror games, not to the extent I had with Infliction.

With constant goosebumps, scares clenching my chest and literally switching the game off from one scare, this is a true bone chilling adventure. I actually had to watch episodes of Dragonball Z after one particular nightmarish moment. If that isn’t a good endorsement I dont know what is. I recommending this to anyone I know that loves a good scare. Remember, turn the lights off, put your headset up loud and enjoy! 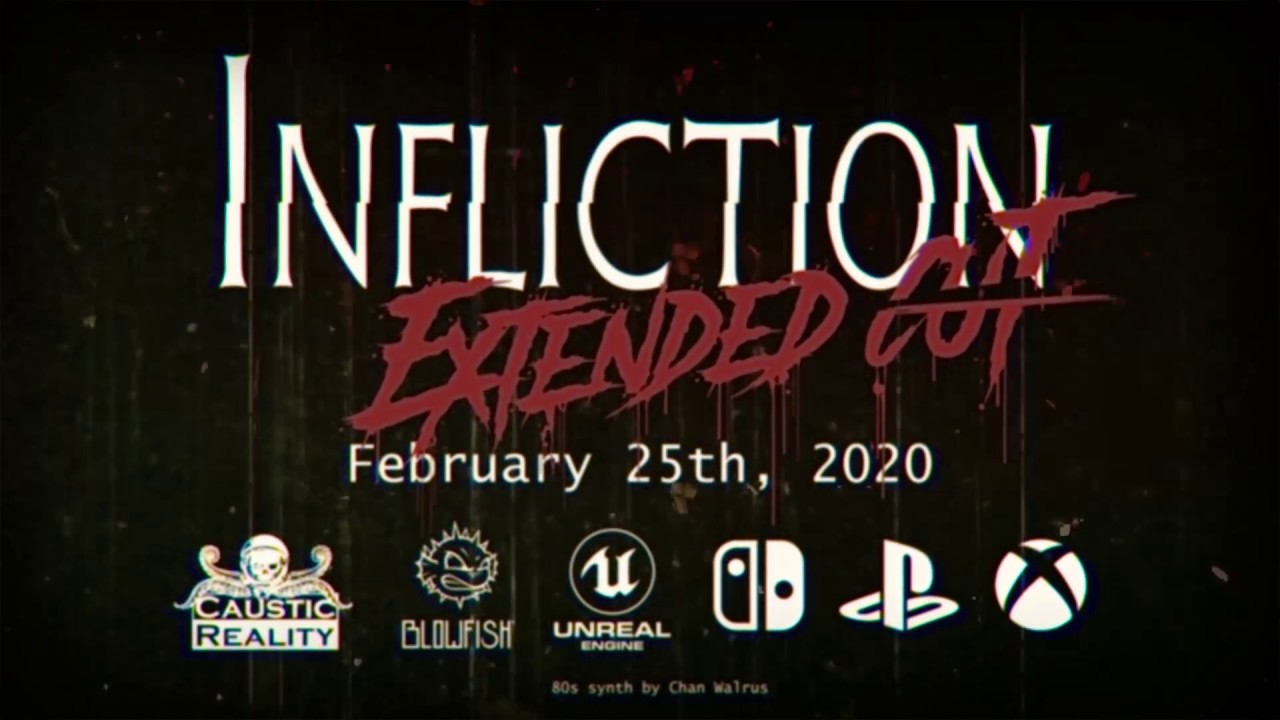 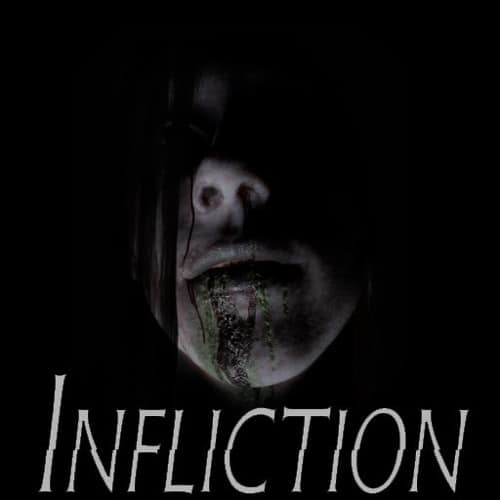 Infliction is an interactive nightmare, a journey into the dark secrets of a fractured home. Wander through the heartbreaking remnants of a once-happy family, piecing together clues and trying to atone for past sins. All the while a malevolent force dogs your footsteps, seeking violent retribution.