Being a bit of an older gamer, I was around when first person shooters started making their way onto computers. The likes of Duke Nukem 3D, the very first DOOM title, Wolfenstein 3D, and my personal favourite, Redneck Rampage. These were the games that every aspiring gamer had in their collection. These were the games that helped shape a generation and changed the way the world played video games. I have fond memories of these titles, as they really made you think, leaving players to fend for themselves, seeking out ways to progress through the level while eagerly searching out hidden secrets.

Until recently, the only way to experience this glorious past was to run a DOS emulator and hope that your system wasn’t too good to run the title, then when you finally got into a game, things felt more janky than you remembered. 3D Realms, the creators of the original Duke Nukem 3D, have teamed up with Voidpoint, LLC to hurl us back into our childhoods by releasing Ion Fury, a third person action shooter that oozes personality and has me reminiscing over my childhood while sipping a nice hot cup of milo before bedtime.

While the current generation will scoff at the low resolution graphics, those of us who were fortunate enough to grow up during the years of outrageously violent video games with cocky protagonists spurting out catchy one-liners will admire the familiar neon lights of a dystopian futuristic city of Neo DC. Each zone is made up of several large, beautifully detailed areas littered with 2-dimensional rubbish and decorated with holographic neon signs that conceal objectives and hidden passages. Players are left to explore the world as they see fit, offering opportunities for speed runs, discovering secret locations, or hunting enemies down to the last. True to its mid-90’s engine, enemies, collectibles and destructible world items resemble animated JPEGs that turn with the player, giving the illusion of simple 3D graphics that I so fondly remember. 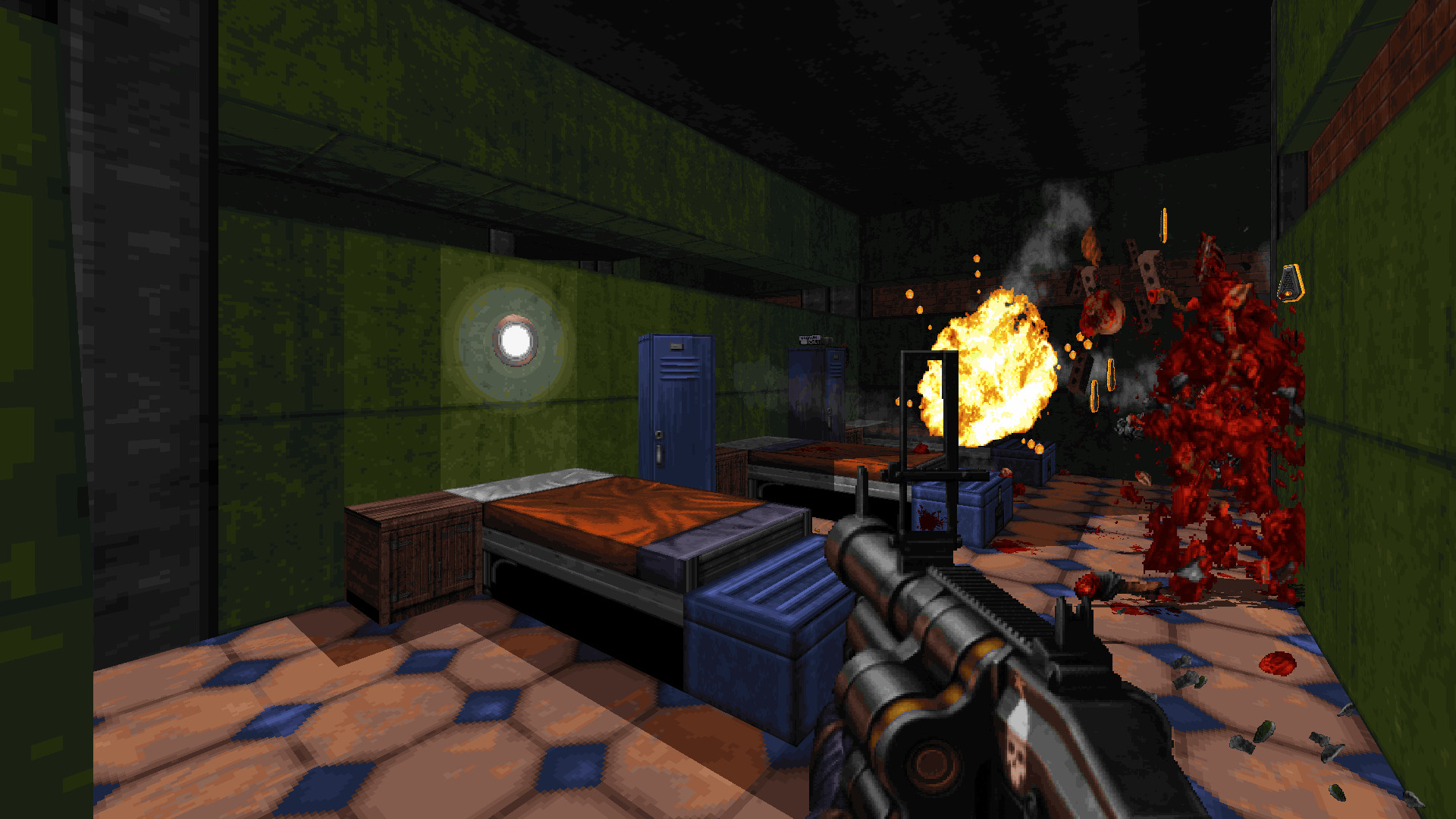 Players will take control of Shelly “Bombshell” Harrison, an explosives removal expert working with the Global Defence Force as Doctor Jadus Heskel, a local cult leader, threatens to take over the city with his army of transhuman followers – cybernetically altered combatants that vaguely resemble the Skitarii Legions of the Adeptus Mechanicus, one of several factions from the Warhammer 40,000 tabletop strategy game.

From simple cultists donning red robes and reliable pistols, to aerial drones where the main processing unit is a repurposed human skull (Servo-Skulls anyone?), there is a wide variety of enemies to take on, with an equally impressive arsenal at your disposal.

Every weapon you can use has two different ways it can be wielded, my personal favourite being “Loverboy,” an eighteen-round, triple-barrelled revolver that you being the game with. Right trigger will shoot a single, albeit it three round shot, while holding down the left trigger will put you into an almost “dead eye” experience, with targets remaining marked until the button is released and the shots are fired off. Other weapons, such as the SMG will simply change between single, or duel wielding the weapon. Either way, you can release a whole lot of hurt on your opponents. 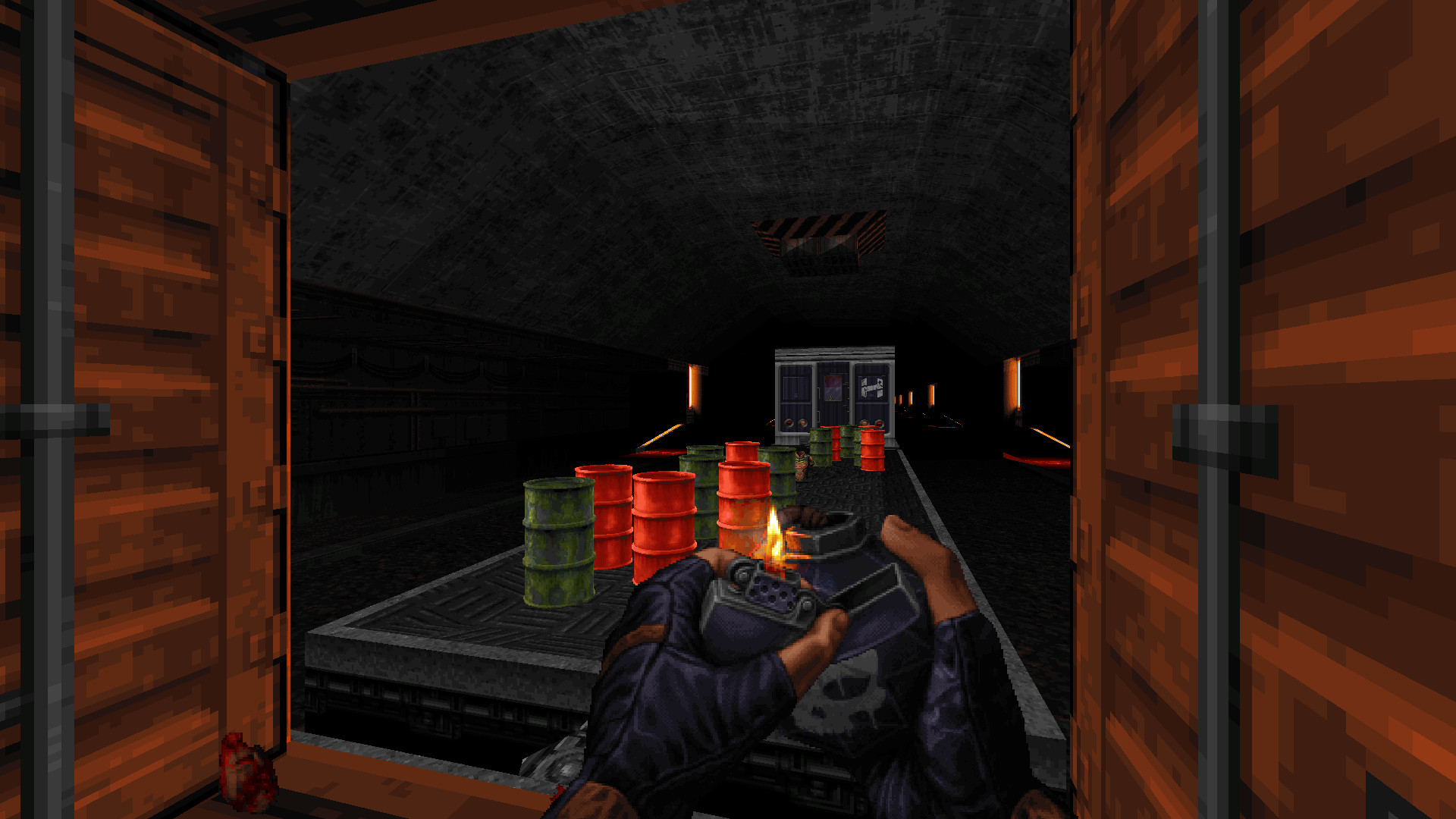 Though it was originally released on Steam and is based on an engine that was exclusive to PC, playing on console feels completely natural, with one exception. Moving, aiming and shooting is very fluid, with “Bombshell” darting about with incredibly agility, playing as you’d expect any other first person game to play. With very minimal cover, players are constantly on the move, snapping and turning as you dodge incoming rounds while dishing out your own. Aiming your weapons is a little more forgiving than what we may be used to, with the crosshair really only needing to be close to an enemy for a shot to hit, meaning you can 360 no scope like the best CS:GO players out there. Or you can turn this off in the menu, like, whatever. Unfortunately, this is slowed down by a clunky cycling system, as console players will have to resort to the D-Pad to cycle through available weapons, the options only displaying when you’re attempting to find your preferred firearm.

Sticking with its mid-90s style, Ion Fury boasts an equally impressive sound track, featuring ground-breaking 32bit audio. Back then, we didn’t need rumble of gunfire in the distance, or the reverberating bass tones of a nearby explosion. There wasn’t a need for studio quality music when you could create a musical number using an old Nokia phone. Everything in Ion Fury oozes with 90’s personality. “Bombshell” will occasionally let out a witty one-liner as you move about the world despatching the dregs of society, but otherwise we’re left to experience beautiful, high-tempo electronic music that perfectly suits the cyberpunk theme the game has. For those of you with a keen ear, you’ll also find a familiar voice in Doctor Jadus Heskel, voiced by none other than John St. John, the King himself. Hail to the King, baby!

Ion Fury is a beautiful game that will take up very minimal space on your hard drive. It’ll have older gamers feeling nostalgic, while every player will appreciate the fast paced fire fights that grow in difficulty as you progress through the stages. 3D Realms and Voidpoint, LLC have created a true to its roots first person shooter, while gently reminding players of its ancestors through a number of obvious Easter Eggs. Ion Fury is certainly a title for anyone who remember or experience just how far we’ve come with first person shooters. 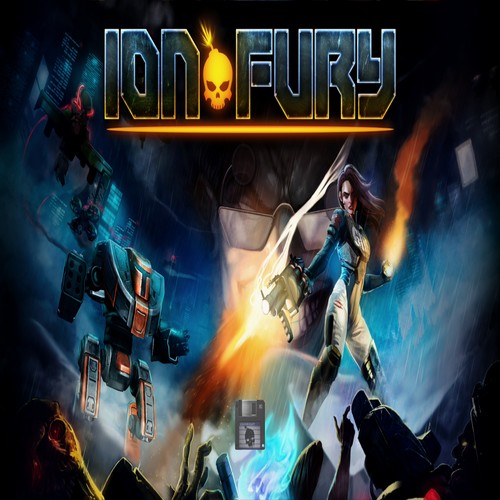 3D Realms, creators of Duke Nukem 3D, Prey, and Max Payne, are excited to team up with Voidpoint to bring back the legendary Build Engine, famously known for classic first-person shooters like Duke Nukem 3D, Shadow Warrior, and Blood. Ion Fury is the real deal!