By Simon Hayward on September 2, 2020 on Reviews, 4 More
close [x]
Tweet
No Comments

We have experienced and played all types of games, T.V. Shows and Movies with alternative histories, but ‘Iron Harvest’ brings something different. In an alternative reality set in 1920, it’s the end of the Great War where technology and history took a different turn towards diesel-punk technology and the use of giant mechanized units that roamed the modern battlefield. This real-time strategy game has the core elements of classic RTS games along with a strong, story-driven campaign, multiplayer and co-op. This is all neatly packed for your entertainment.

I have been keeping my eye on Iron Harvest humble since its beginnings, originally being announced back in 2016 and funded on Kickstarter, where it managed to easily raise over a million dollars in crowdfunding. Bringing forth a collective of talented developers, artists and composers, developers King Art and publishers Deep Silver brings forth a memorable game that holds up to the RTS genre.

Through the Story driven campaign, you slowly follow each faction, starting with your first usable faction, the Polania Republic, which follows the journey of Anna, a capable sniper assisted by her pet bear, Wojtek. You’ll also gain control of legendary commanders such as Olga, a spy for Rusviet, as well as the other playable faction, the Saxony Empire. With all factions based on their 1920s counterparts, it’s not hard to figure out which faction is closely related to what modern day country they represent. Also to note, when starting the campaign you have the choice to have all units and characters speak their native language, which I thought was a nice touch. 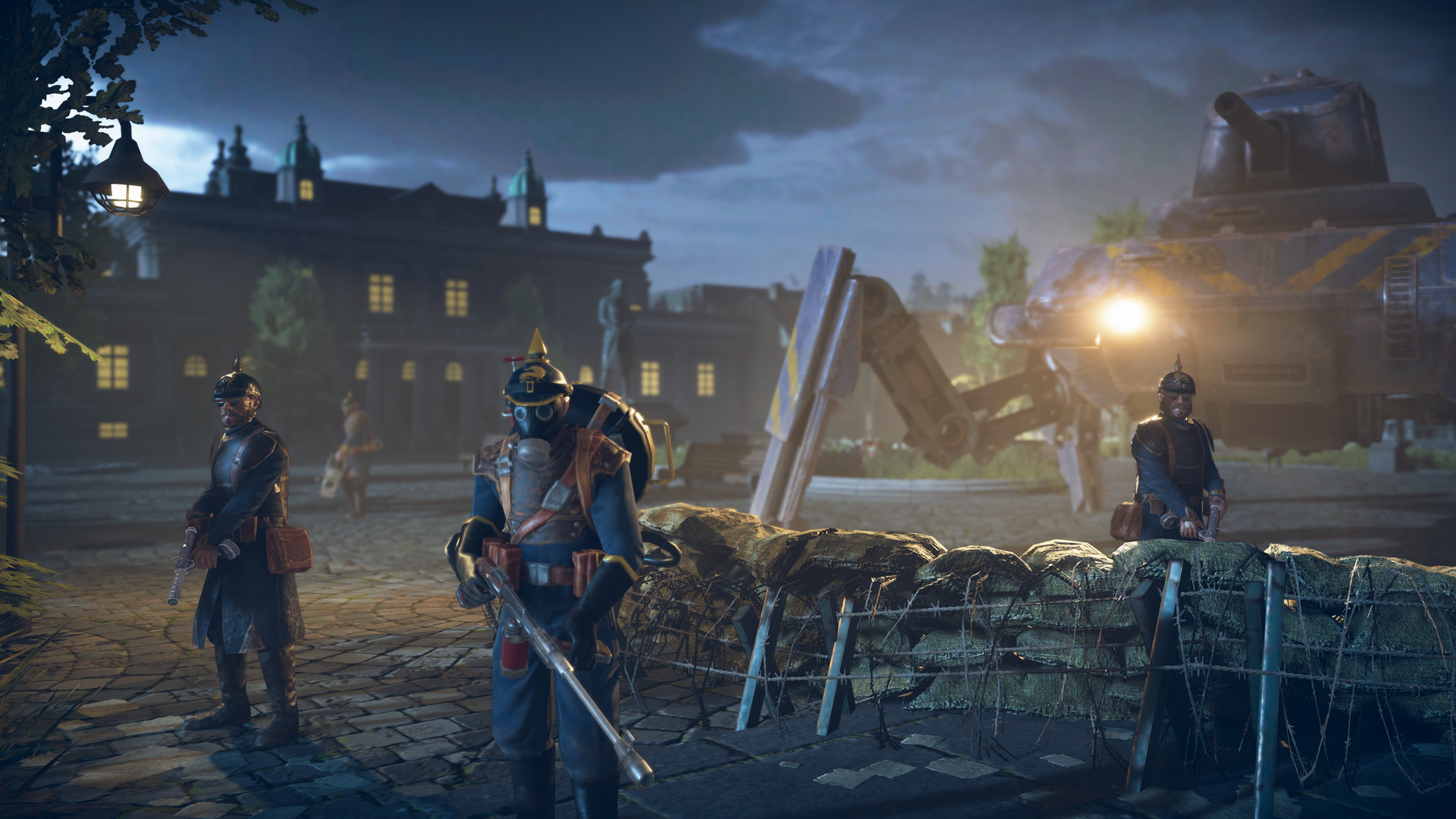 I thoroughly enjoyed the story driven campaign for its attention to detail, particularly with the individual units and the mission environments, as they didn’t over burden you with too much at the start, but instead gradually taught you the basics of controls before throwing you right into the fight. For those who are already familiar with classic RTS games, the controls will become second nature.

Mission designs gave a little freedom and felt right at home when playing them, with some missions feeling like they were something out of StarCraft or Company of Heroes. The unit AI didn’t seem to have any issues when being controlled on the battlefield, and commanding units to use cover, or a simple move from A to B was an absolute breeze, as unlike some other games available, units did as instructed instead of flailing about uselessly.

I did feel a little frustrated with the games built in unit capacity, as the dream of commanding a huge army of mechanized troops on the battlefield seemed restricted at times, but it did make me value my units more, particularly as some attacks or unlocks can only be achieved when units go up in rank. Unlike other games, in Iron Harvest 1920+, throwing unit after unit towards the enemy is not the best strategy. We finally see the death of the Zerg rush. 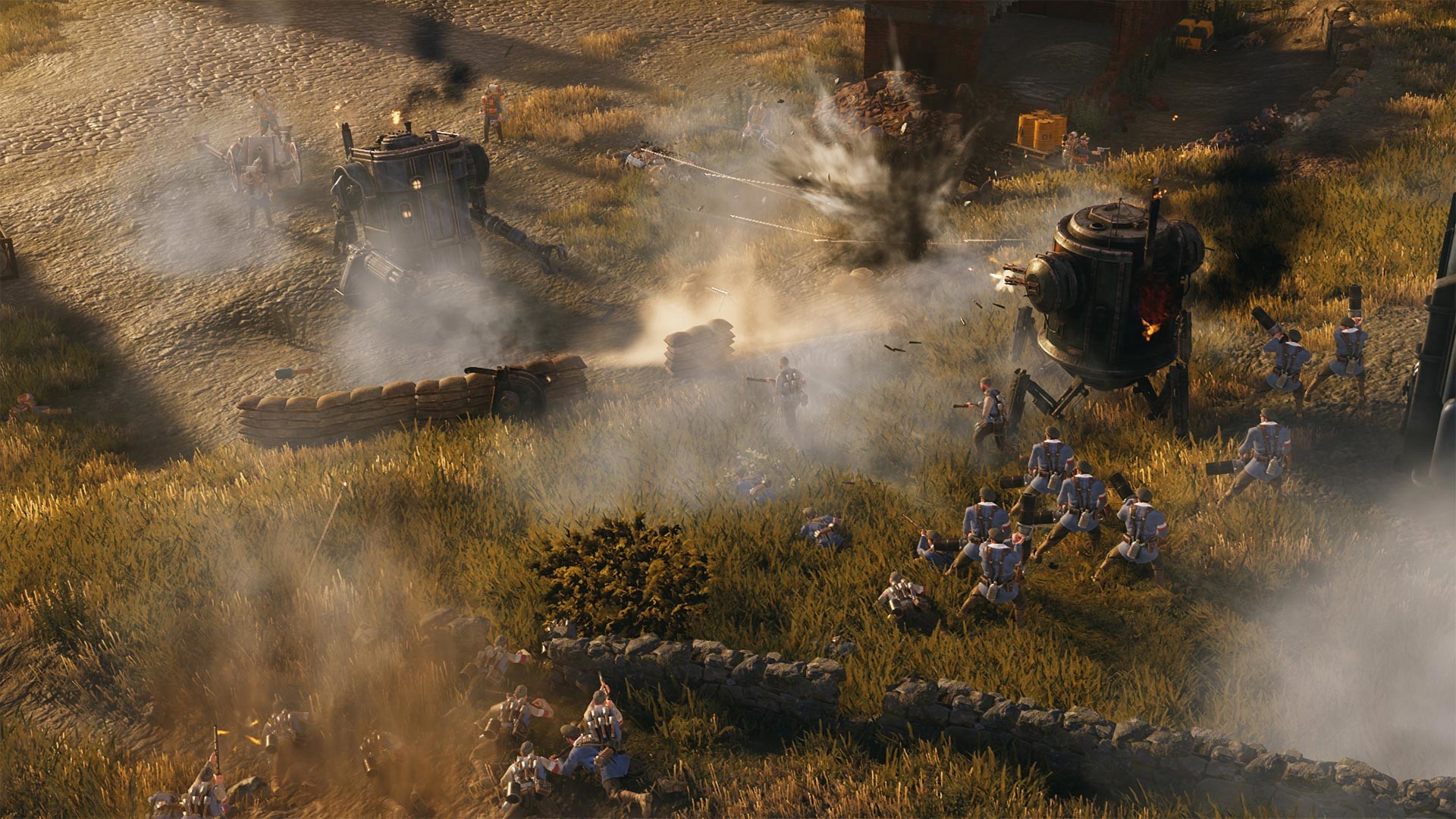 The various units and environments are well made, especially the world environments. As you would expect giant mechs roaming the battlefield, you can just walk straight through buildings, throwing rubble everywhere without breaking stride, while foot soldiers on the battlefield look right at home when taking cover behind walls or sandbags, all while explosions litter the environment. It’s also worth mentioning the dynamic environment, where not only can you smash through buildings with mechs, but if an area has been heavily hit with explosions you can clearly see the difference to the environment, with craters littering the battlefield in place of walls or roads once were.

The skirmish mode and multiplayer is always nice to see, with several maps to choose from, along with the usual choice of faction to use or play against, and difficulty levels when playing in skirmish mode. Iron Harvest 1920+ features the talented and accomplished composers Adam Skorupa, well known for his work on the Witcher series, and Michal Cielecki, who worked on the Shadow Warrior series. Their work together has created something truly unique and lends itself faithfully to the 1920s, while also carrying the tones you’d expect in a steam punk universe.

To sum up Iron Harvest 1920+, I look back to familiar classic RTS games of the past, such as StarCraft, Company of Heroes, or Age of Empires, all of them being huge classics in their own rights and amazing titles. As for Iron Harvest, that labor of love has shown throughout my experience, and I would certainly be referring to Iron Harvest as one of the best RTS games of 2020, hands down! With its solid gameplay and its core fundamentals well integrated with classic RTS mechanics, there are very few things I can say are bad about this game. 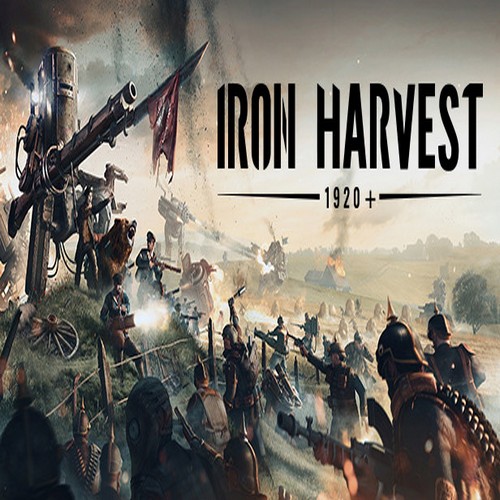 A classic real-time strategy game with an epic single player campaign, multiplayer & coop, set in the alternate reality of 1920+