Party games are a great time for everyone involved, directly challenging your friends for those oh-so glorious bragging rights, much like Mario party, Among Us, any board game, and all other party games, they are a lot more exciting when playing with friends and people you are comfortable with showing your weird side. Jackbox Party Pack 8 is the newest addition to the ever-growing party game franchise from Jackbox Games. Filled with 5 extremely fun mini-games, this game is a streamer’s best friend with their original design of gameplay and having anyone from their community being able to participate, whether on a handheld device or a web browser, and whether directly competing for the top spot on the lobby leaderboard or participating as a spectator.

As stated before Pack 8 has 5 games included. Packed with a great arcadey soundtrack and some of the best voice acting I’ve heard in a game, the intensity of the mini-games against friends is only amplified.

Poll Mine is a game where contestants have been caught stealing a witch’s precious items and artifacts. They are then teamed against each other and have to answer some survey questions as you try to escape the mine. Then it’s a head-to-head battle as each team tries to guess how the entire group answered. The team with the most correct guesses escapes with all the shinies, and the ones who don’t, well I’ll let you find out for yourself.

Create a two-frame looping animation in Drawful: Animate. Using a prompt and your artistic skills, make a 2 slide animation and have people guess what the animation is. Hidden in the guesses is the one prompt from which the animation was created. Double down on your choice of end prompt, pick the correct prompt and get all the points! Be wary however, pick it wrong while doubling down and you give another player twice the points. With Drawful: Animate being the third installment of Drawful, there are a few new additions. Using colors, you further improve your artistry, although only having 3 colors to choose from makes the variety and possibilities you can use to animate very limited. Always run out of time when playing Drawful? Well, now there is an unlimited timer so you can perfect your Mona Lisa. 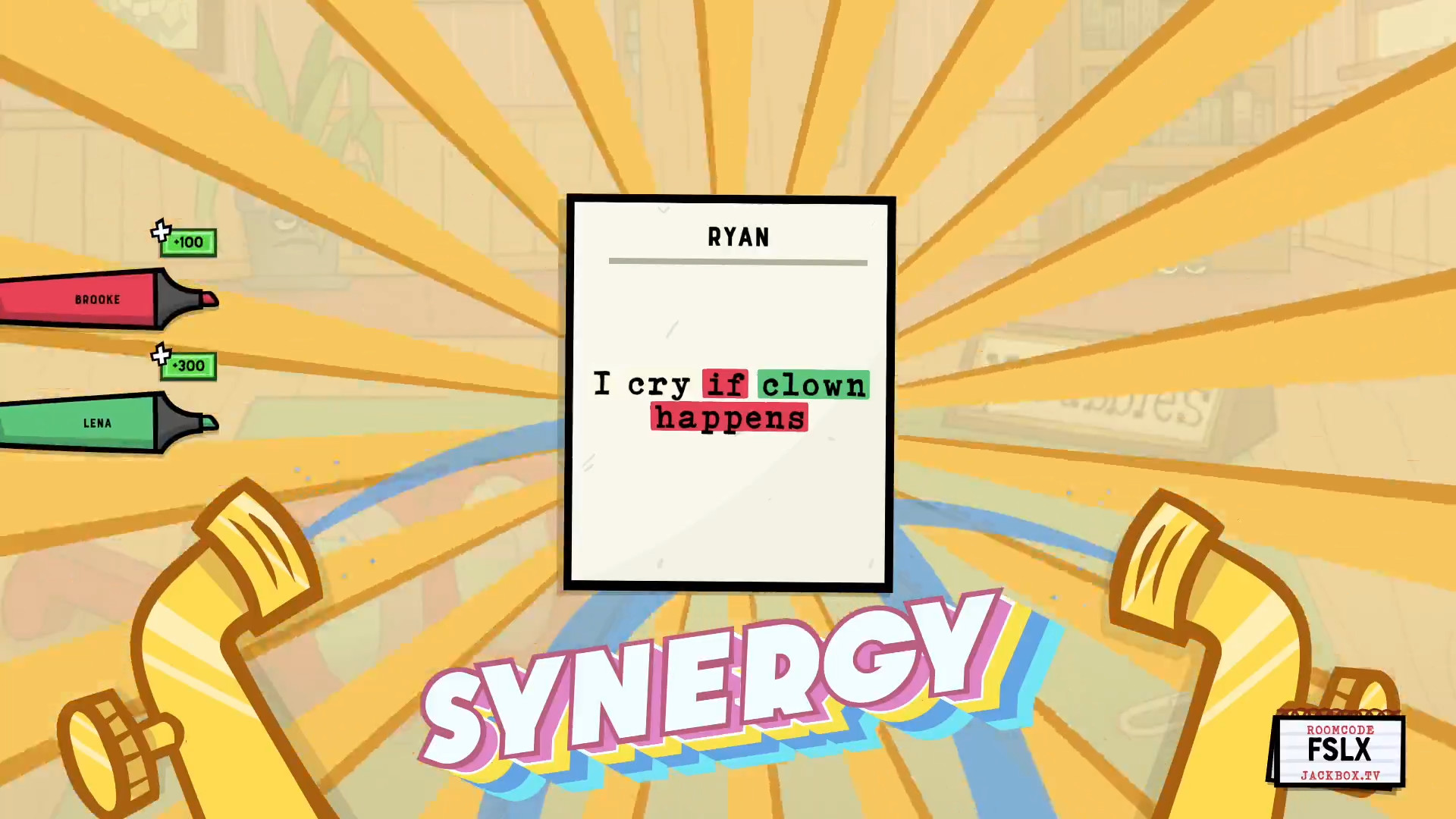 Job Job, now this is one of my personal favorites and if played with like-minded people, can have you in fits of laughter for hours, as I found out. Applying for jobs can be stressful and you never know what to write, however, M. Bubbles, the sentient watercooler HR manager, has asked some questions to “break the ice.” Answer these questions with a minimum of 5 words and hand them back to get shredded and shuffled around the other players. Here’s where the fun begins. Each player must now answer the “job Interview” questions with the scrambled words from the icebreaker round. Putting together sentences of madness has never been more fun. Players then judge the best answers to the questions and the winner, being the highest-scoring, takes all the glory and the job.

The Wheel of Enormous Proportions! Another favorite of mine, where each player is on a game show. Start by asking the great deity “The Wheel” a question from the deepest desire of your being. Next, participate in a trivia round where you have 5 possible minigames. These include modes where you must choose as many correct answers that belong to the prompt, type out a list of answers, match two columns of prompts, guess what the great Wheel is thinking of with clues given along the way as time goes on, and picking between two answers. After the trivia rounds, the best-performing participants are given slices based on their ranking, and the top overall participant is given the “Slice of Power”.

Strategically place your slices on the wheel and each player then spins the wheel to test their luck and make points. The points, however, go to any player that has a marker on the slice the wheel lands on. When you reach 20,000 points you may spin the Winner’s Wheel. Land the wheel on your name and you can finally spin the Wisdom Wheel, where the questions you asked earlier finally get answered in an 8-ball styled fashion.

Weapons Drawn is a social deduction game styled from games like Among Us and First Class Trouble, but there’s a twist… You are a detective AND a murderer. Players compete to be the best murderer, detective, and to have the best accomplice. You must draw your murder weapons but hide a pre-given call-sign, a letter from your player name, into the murder tools. One drawing will be used as a reference, the other will be dropped at the murder scene. Name the accomplice you are bringing to the event, but nothing too easily guessable as the more murder attempts on the accomplice, the longer you stay alive. While the lights are off and everyone is trying to murder everyone else, you must match the accomplice to the player who actually murdered them. Guess right and they are snuffed from the party.

Guess wrong and receive a clue. After a small cooldown, you are free to attempt murder again. Once the lights come on again, everyone puts on their detective hats and must try to find the call sign in the weapon and place their suspicions on the corresponding player. Whoever’s accomplice was murdered gets a magnifying glass to aid in the discovery. Players get points on correctly guessing the murderer and for successfully murdering the accomplices.

Jackbox Party Pack 8 was a lot of fun playing with friends and has some solid party games amongst it. Job Job and Drawful: Animate had the group I played with in laughing fits for hours. All in all, Jackbox Party Pack 8 is a solid addition to the franchise and I highly recommend picking it up if you are a collector, or even a newbie looking for a great party game. 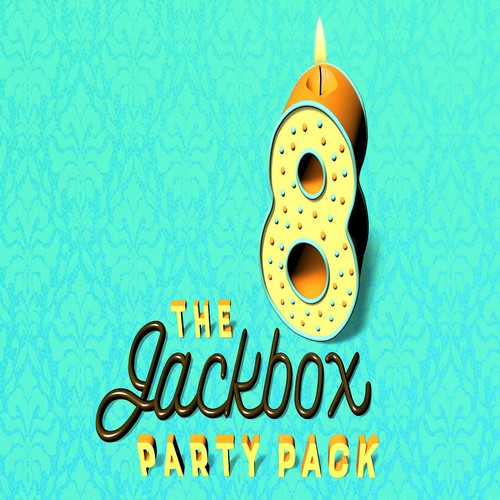 Plan your next game night! Jackbox Games is back with 5 hilarious new party games including Drawful Animate, Job Job, The Poll Mine, Weapons Drawn, and The Wheel of Enormous Proportions.