By Anarchy Risen on February 20, 2019 on Reviews, 4 More
Tweet
No Comments

I remember back in my early days getting out of bed early before school an dragging myself in front of TV to watch the latest episode of DragonBall Z, Naruto, One Piece and many others.

I’d often think about how cool it would be like if they shared the same universe, how would that play out? I got my answer and more thanks to my fellow reviewer StacefaceMayhem, pushing me to review this game. As it turns out it seems Bandai Namco had the same idea of a shared universe like I did and to me it is AWESOME!!!

The moment I pressed start, the create an avatar screen where I had the choice of three fighting styles to choose appears. After trying them all, I found type A worked best for my play style. Anyone who knows me, knows I love the Dragonball Z Xenoverse series also done by Bandai Namco. If you’ve played them, Jump Force will feel like an old friend picking up where you left off.

Once done choosing a style, the fun creation part takes over. You know when you ask yourself “should I make normal? or create a anime atrocity?” I thoroughly enjoyed taking my time, making sure I had my own unique character I was happy with, entered my name and I was good to go. What followed was a beautiful looking CGI cut scene were we first meet your character and in typical fashion, said character becomes injured while Goku and Frieza do what they do best in a fight… pretty much destroy everything in close radius resulting in your character being hurt with Trunks coming to your aide (fan girled hard), where he uses some type of cube that takes us to the good guys’ base for the explanation. The Game Hub
Navigating shops, mission areas, skill boxes and battle stations are all quite simple & I found it all labeled well enough. The hub is also quite large, though if playing online, it does start to feel a little small. Especially if there’s a few people at the mission or shop bar making it difficult to select the attendant to select a mission or begin a shopping spree for a wide, and I mean wide variety of skills and moves. Getting around the largeish area I found is simple as running or for a little quickness, pressing down on the d pad lets you select a choice of vehicles a mini bike, boat or frog. All travel at the same speed and I did enjoy floating around on a large frog the most.

Graphics/Game-play/Controls
The visuals in game I quite enjoyed with bright color’s while the crisp and clear levels are stunning and beautiful. I was blown away with your characters clothing being destroyed the longer the fight goes on or depending on how powerful the move you get hit with is, whatever outfit your wearing gets damaged accordingly. Like most Bandai Namco games, they know what they’re doing and doing it well. There were moments I found I didn’t want the cut scenes to end, sucking me in really enjoying the experience is something I’m sure a lot of anime fans will enjoy. 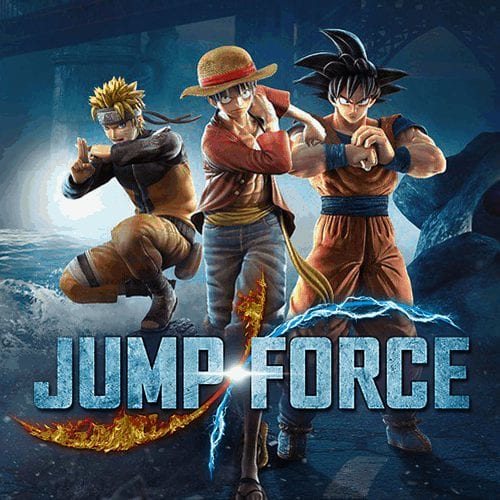