KANDAGAWA JET GIRLS is an anime-based racing game, where you and your Japanese best girlfriend will be hitting the waves via your futuristic looking jet ski. Seriously, these things look like a hybrid of something from ‘Alien’ mixed with the technology of ‘The Matrix’ – they’re insanely awesome! There are multiple, wave-based courses to compete in, with various obstacles to steer clear of and jumps to, uh, jump off of! Taking influence from racing sims like Mario Kart and WaveRacer 64, there are item boxes that upon driving through, bless you with various weapons to attack your competitors.

During this time, you can allow your best friend (aka the computer) to take the wheel as you are put in charge with launching these weapons, all of which are amazingly cute, with their design based on a look similar to water guns / pistols. Despite their cute demeanour however, they all pack a massive punch! (the chain-gun is my fav!) 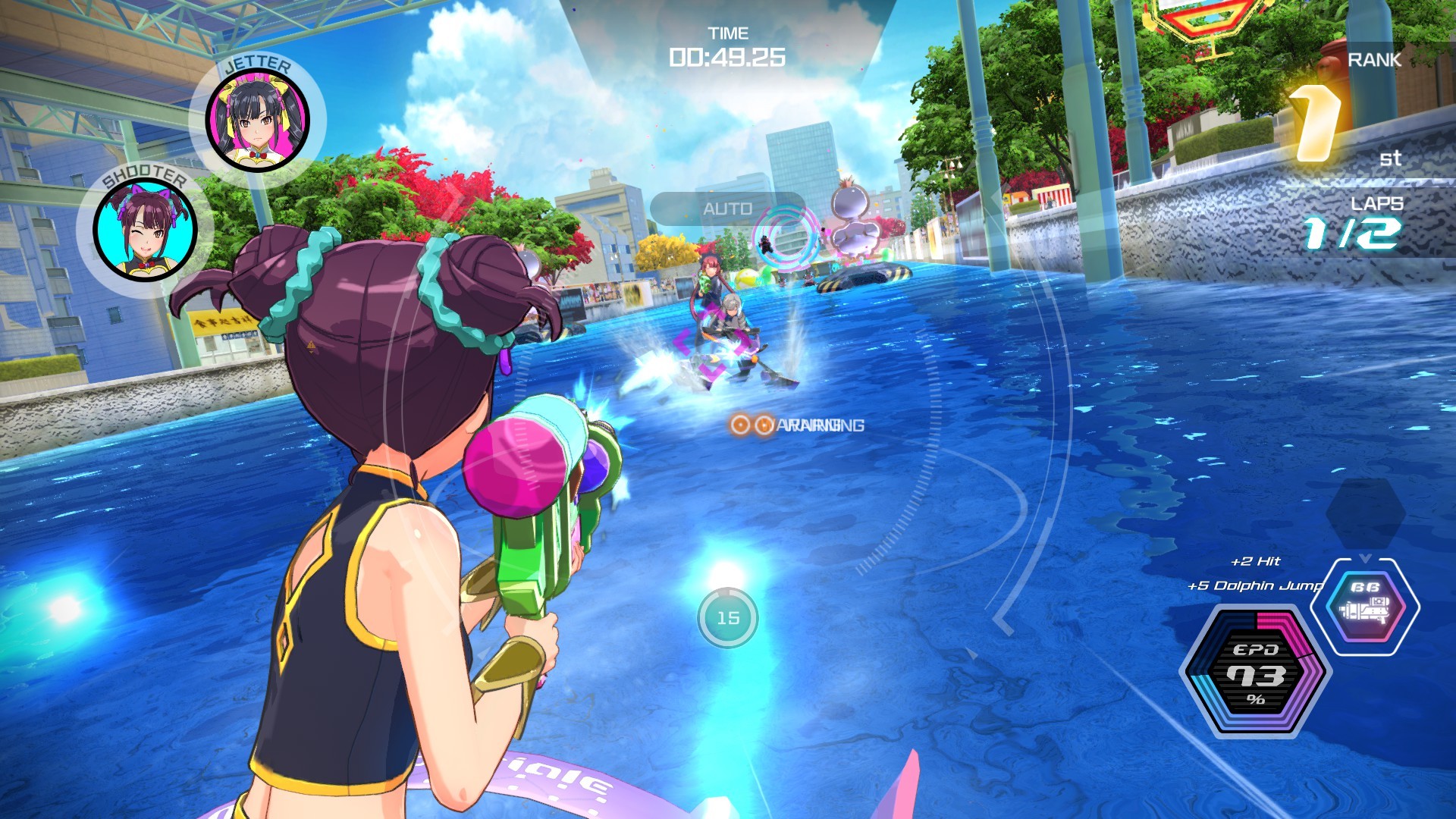 KJG offers a total of 3 different modes to play in: Story Mode, Free Mode and Online Mode. The main pulling power of this game features heavily in the Story Mode. There is a total of seven different duos for you to play as, all of which have their own storyline to play. Before every race, you’ll get a cutscene setting up the stakes for your looming race. The reasons for these races vary, from fighting over baked goods to gangs wanting to take away your lake racing privileges. You know typical teenage girl crap.

As opposed to the previously mentioned alternative racing sims, this game appears to not have the infamous ‘rubber band .A.I.’ attached to it. You know, the one where you could be light years ahead from your computer-based opponent, only for them to suddenly zoom past you for no other reason than ‘just cause’. Yeah, that mechanic doesn’t appear to exist in KJG. It’ll take you close to a minute to pull away from your opponent, whilst you zoom around on your own for the rest of the course. Not necessarily a bad thing, but it does make winning races feel kind of lonely.

Like most racing sims, there are unlockables for you to aim towards collecting and purchasing in the in-game store. Being a game based off of an anime, there is an absolute truckload of cosmetic / appearance-based items for you to gain. These can range from the look of your jet ski to changing the appearance and style of your dynamic jet-ski riding duo! You can also unlock new parts to upgrade your jet ski too. 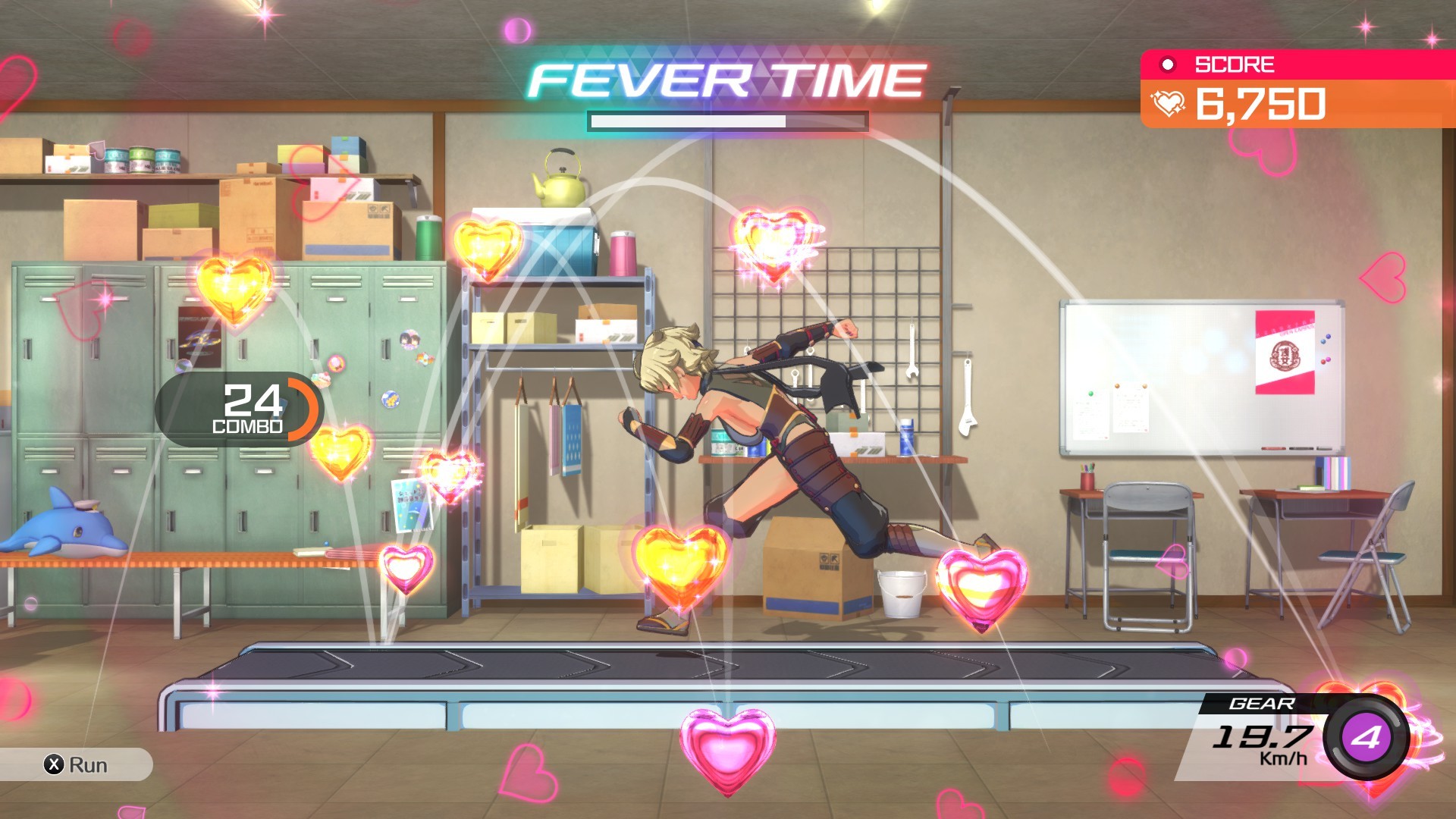 Free Mode is basically a free-for-all race on any track that you’ve unlocked during Story Mode. Not much differs from that of Story Mode, other than you have the option to tweak the opponent’s difficulty. Online Mode seems to be aimed towards online competitive play, but was temperamental during my playthrough.

Sharp visuals and character design are the standout winners in the graphic department. Having been based off of an anime, there is heavy Japanese, anime inspired looks, designs and overall feel throughout the game. The SFX for the jet skis, hitting the waves, impacts and weapons are all perfectly accurate and reflecting in their production. The soundtrack is also a winner, having been heavily influenced and sound very similar to that of a Dance-Dance Revolution/anime dance remix-based soundtrack.

Despite its pretty decor and it’s easy to pick up and play race style, there just feels like there could be more. With only a small portion of playable game modes and a repetitive story, it’s hard to find a reason to stick around once you’ve finished the story mode. 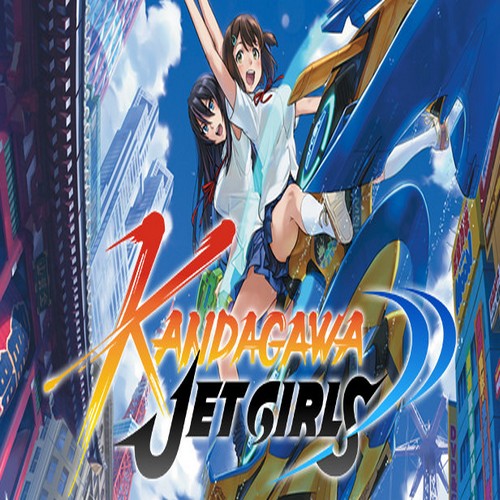 From the creators of SENRAN KAGURA, the future's wettest and wildest new sport is here! Join one of seven teams and race through Tokyo's waterways on futuristic jet machines, using water weapons to blow your opponents back onto dry land!