Feeling nostalgic and looking for a game? Enjoy playing puzzles that can be equally frustrating and rewarding? You are going to want to give ‘Keen: One Girl Army’ developed by Cat Nigiri, a shot. Don’t get me wrong, the idea of a sliding puzzle game that has “tactical combat” made me laugh pretty hard, but bear with me, this game is surprisingly fun.

Following in her grandmother’s teachings, you slide through this game as Kim, our little ‘One Girl Army’ who is out to save the world from an evil secret society. You zip around the game destroying bad guys and moving through an ever-deepening storyline. If you are nosy like me, you’ll want to land on all the “information” squares which give more detail to the story.

The storyline mixes ‘The Matrix’; where some of the characters seem to know they are in a video game, with ‘Mulan’; where the family household daughter wants to run off to be a hero. The aim is to complete each map, get the orbs for missions, and get bonus points for getting all the hidden orbs too, naturally. 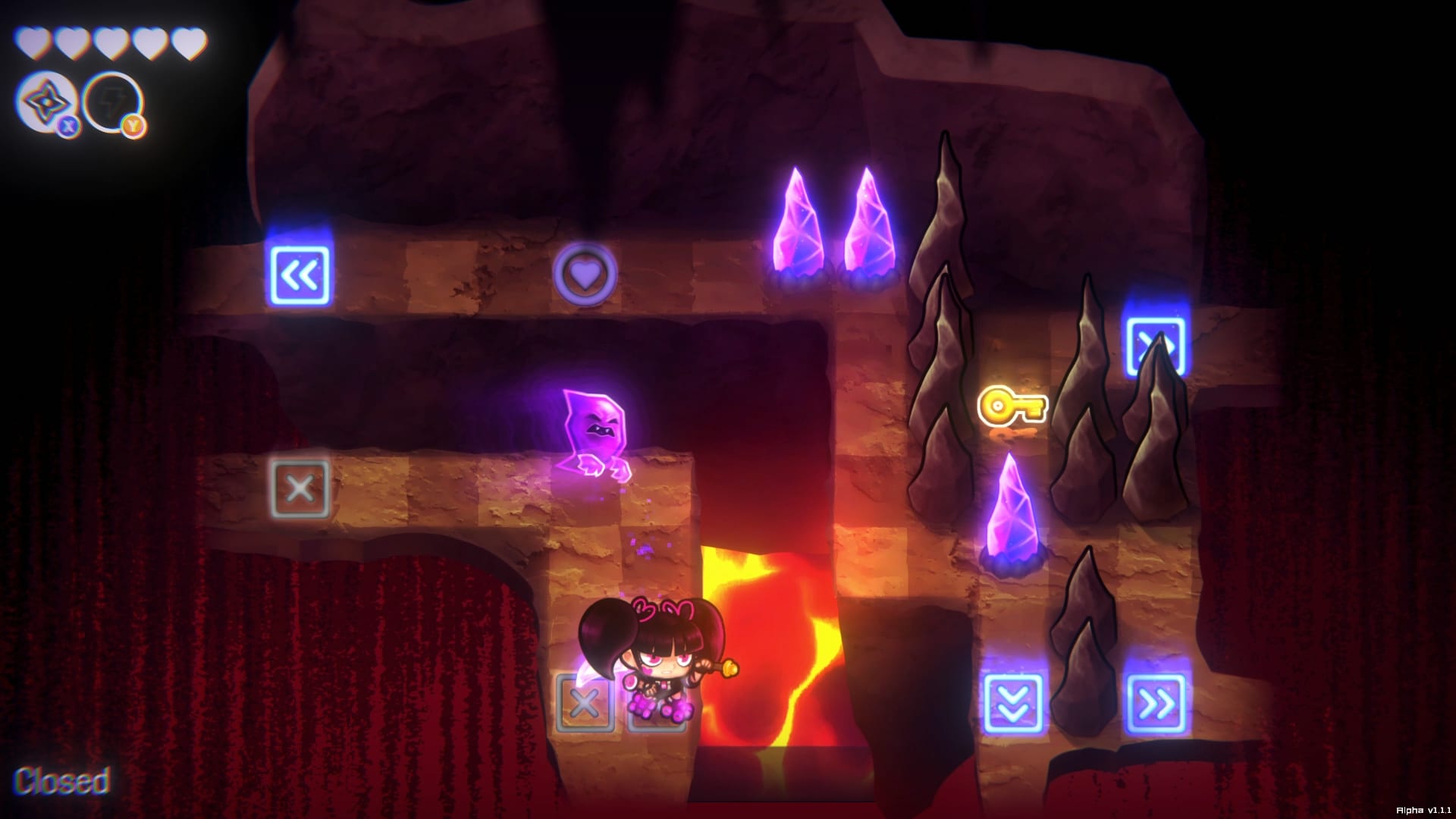 The controls are super difficult. You have to slide up, and down, and left, and even sometimes…. right! But assuming you can master this, how hard can the game really be? Well, Cat Nigiri keeps this old video game concept interesting by adding skills and enemies of varying difficulties. The timing of the swipe is often more important than the direction. The added “skills” are where the “tactical combat” comes into play. Stop laughing- I’m serious. Combat skills are when you deal or receive damage going through or landing next to the enemy.

The tactical part comes in when you learn that the position of the enemy changes your attack. So, like a game of chess, you need to keep an eye on the position of the bio-engineered zombies before you make your move, or just pummel your way through the game, it’s entirely up to you.

The graphics seem to follow the tone of the controls and from the moment you load up this game it seems late 90’s at best. It’s got those same great old school graphics, but it’s been given a shiny modern makeover. The music throughout will get stuck in your head reminding you it’s time to keep playing. It’s essentially like someone dragged a Nintendo Gameboy game into 2020. 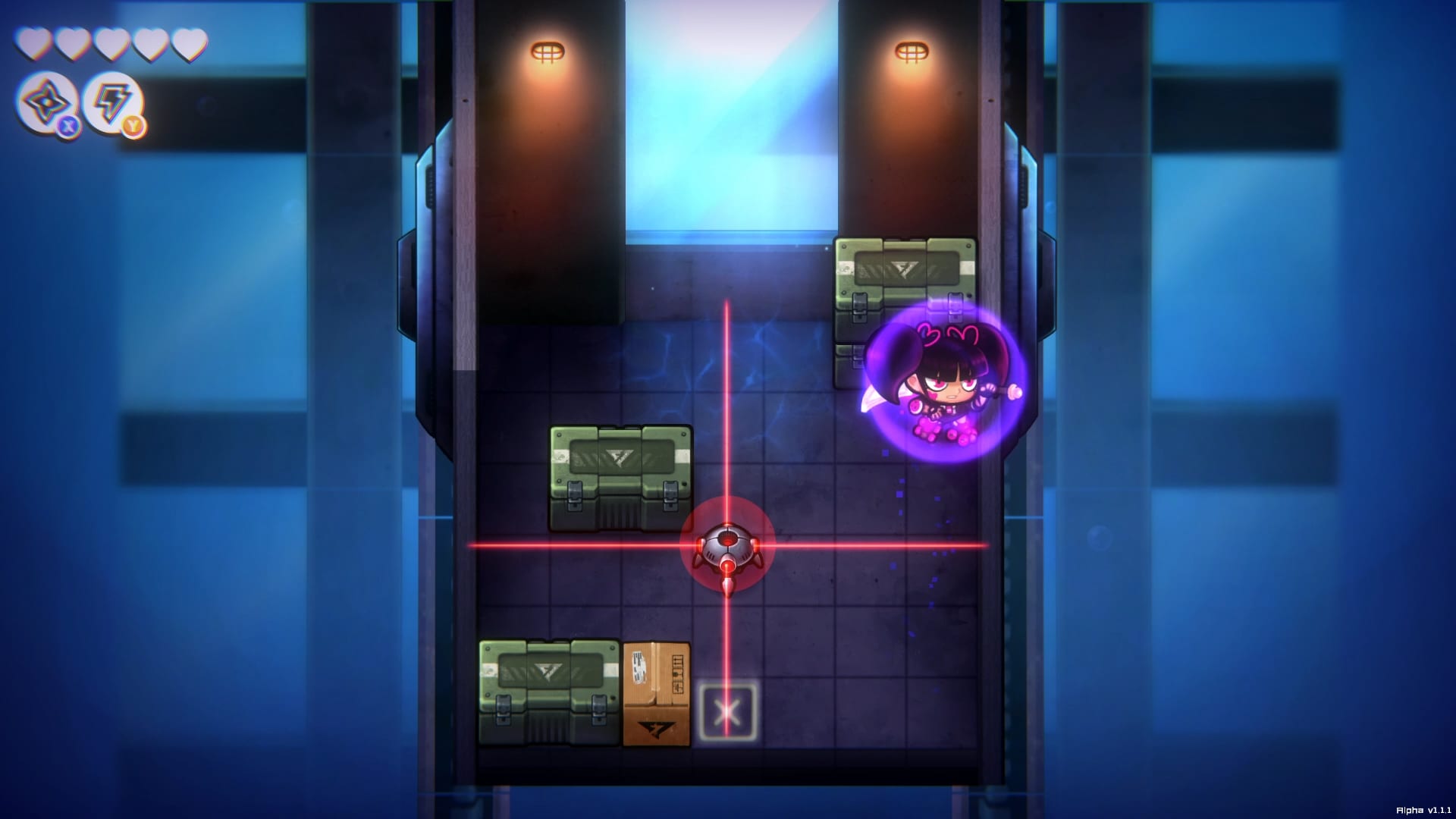 While the game itself is not overly complicated, getting all the orbs can be challenging. Sometimes, you need to take no damage, sometimes, collect the hidden orbs, that sort of thing. While it’s nothing major, these are a few little things that pad out the game and really give you a reason to keep coming back. If you want to get all the achievements, it really increases the level of difficulty and amount of thought you put into your moves. The lack of optional saving also means if you miss your goal it’s back to the first room. This can be extremely frustrating when trying to complete specific goals but completing every objective in a map gives you that wonderful sense of accomplishment when you complete it, much like a game of Sudoku. A challenging puzzle that makes you feel good about completing it, even though it’s so simple.

The basic idea of the game is relatively simple, so anyone can give this one a shot. For those of you who want the challenge however, it will keep coming back until you’ve completed all those little extras. It’s not really “addictive” and it’s too repetitive to play all at once, however, it is also just difficult enough to keep it interesting.

I don’t think this is the game of the year, but it is a great way to kill time and maybe even a great starting game for kids to enter the gaming world on. Simple controls, good storyline, and needs sense reasoning and strategy to really conquer. So whether using it to kill time or teach youngsters the ropes, you’ll definitely enjoy Keen: One Girl Army. 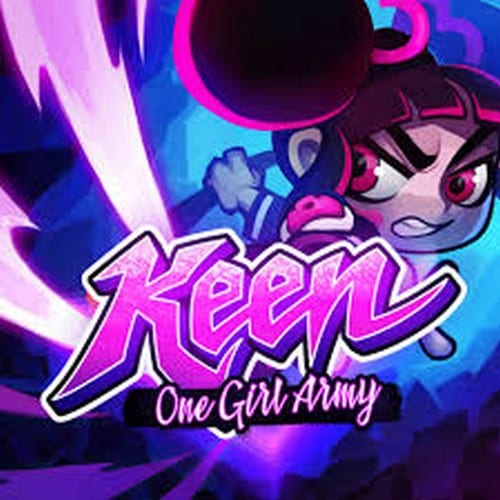 Keen is a sliding puzzle game with turn-by-turn tactical combat and a hint of adventure!​ Guide Kim, a grumpy little girl raised by her grandmother on a journey to stop an evil secret society from destroying her village.