Do you remember when your primary school teachers tried to convince you that math could be fun? There was a time where they almost convinced me it was, up until I was halfway through high school and my maths teacher basically told us that not all of us will make it out alive. I may have embellished it there, but it certainly felt like it.

The team over at Squad seem to be the ones to have made it out with their sanity, and they went on to create Kerbal Space Program, and they have stuck to their baby and are continuing to deliver updates through the years. This brings us to 2021 where we have received the Kerbal Space Program Enhanced Edition for the latest generation of consoles. With the help of Take-Two Interactive and Private Division to help maintain the console versions, The Kerbal’s are here to stay.

Based in a fictional solar system adorably named the Kerbol System, the Kerbal race has created the Kerbal Space Program, based on the planet Kerbin. There’s a bit of a theme if you hadn’t noticed. The friendly little race are a curious bunch, with some green bulbous heads and giant vacant eyes. It made me feel a little guilty that I sent a disturbing amount of them to a fiery death due to my inept ability to build a functioning space shuttle. Even after spending a fair amount of time in the various and rather in-depth tutorials, I then tried to craft a monstrosity in the free for all Sandbox mode before finally starting the career mode. 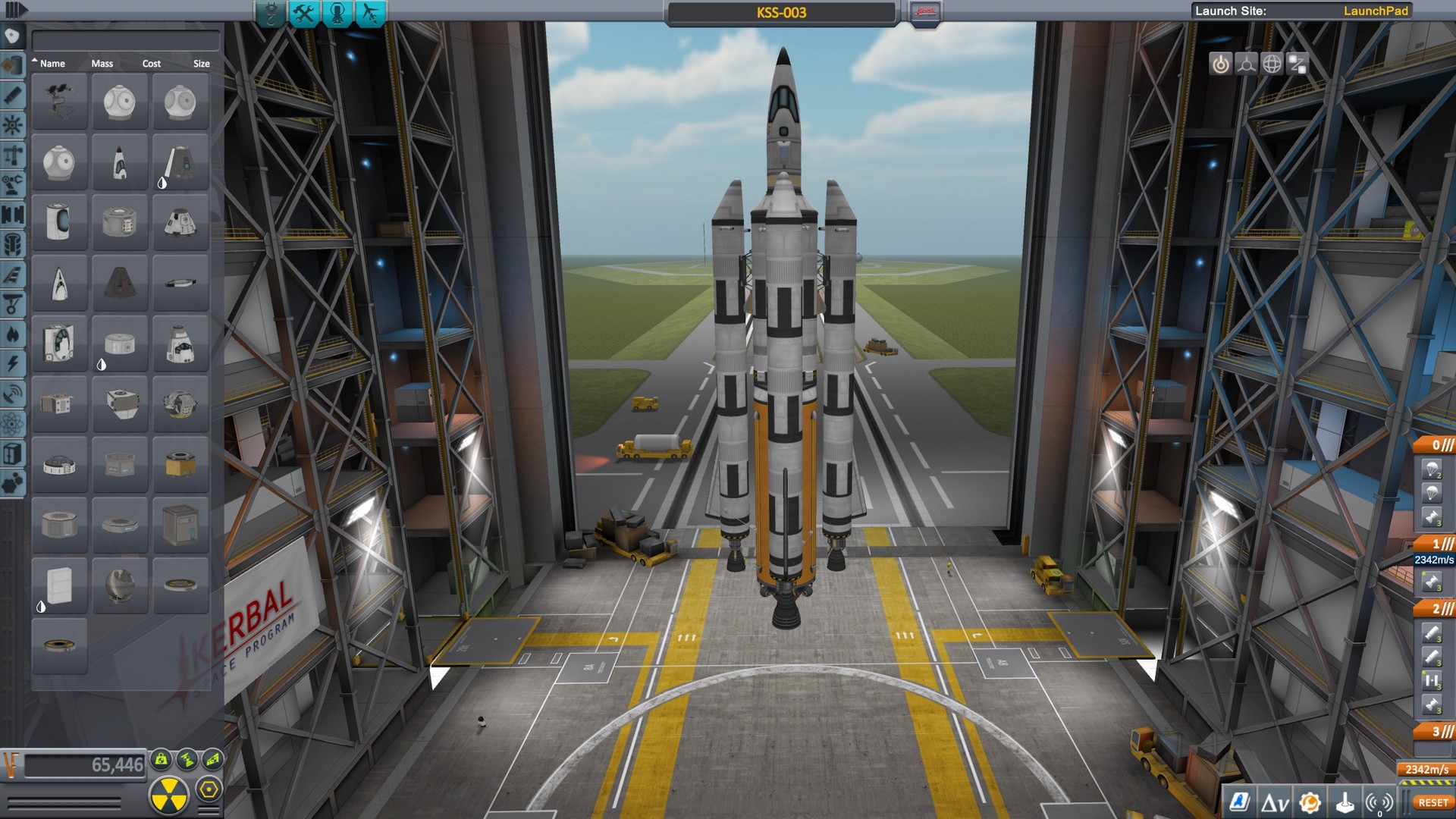 I should probably highlight where I ran into my first obstacles, which were the menu and text sizes or placement. Keeping in mind this was originally a PC game, sitting on the couch playing the console version I had to physically rearrange the room to sit closer to the TV. It seemed like an easy fix but after tinkering with the settings it seems it was just something I would have to deal with. A little odd since this is the updated version of the already enhanced version.

However, the longer you play and the more familiar you become with the layout, the text and menu size do become less of an issue. The overall art style of Kerbal Space Program is function over flash in general. Environments are often flat and textures are minimalist. The material on the metals offered more in-depth details but keeping the frame rate high during a launch was a high priority and was successfully managed.

The other issue was the sometimes wild and irrational behaviour of trying to carefully construct things with an Xbox controller. Having to condense an entire keyboard’s worth of options onto only so many buttons is a challenge, but the obvious issue was the precision required with thumbsticks and this was a definitive challenge. I applaud those who stick with the sticks, but I opted for the mouse and keyboard option that is available which made me able to make my terrible designs to be thrown together faster and with greater precision. 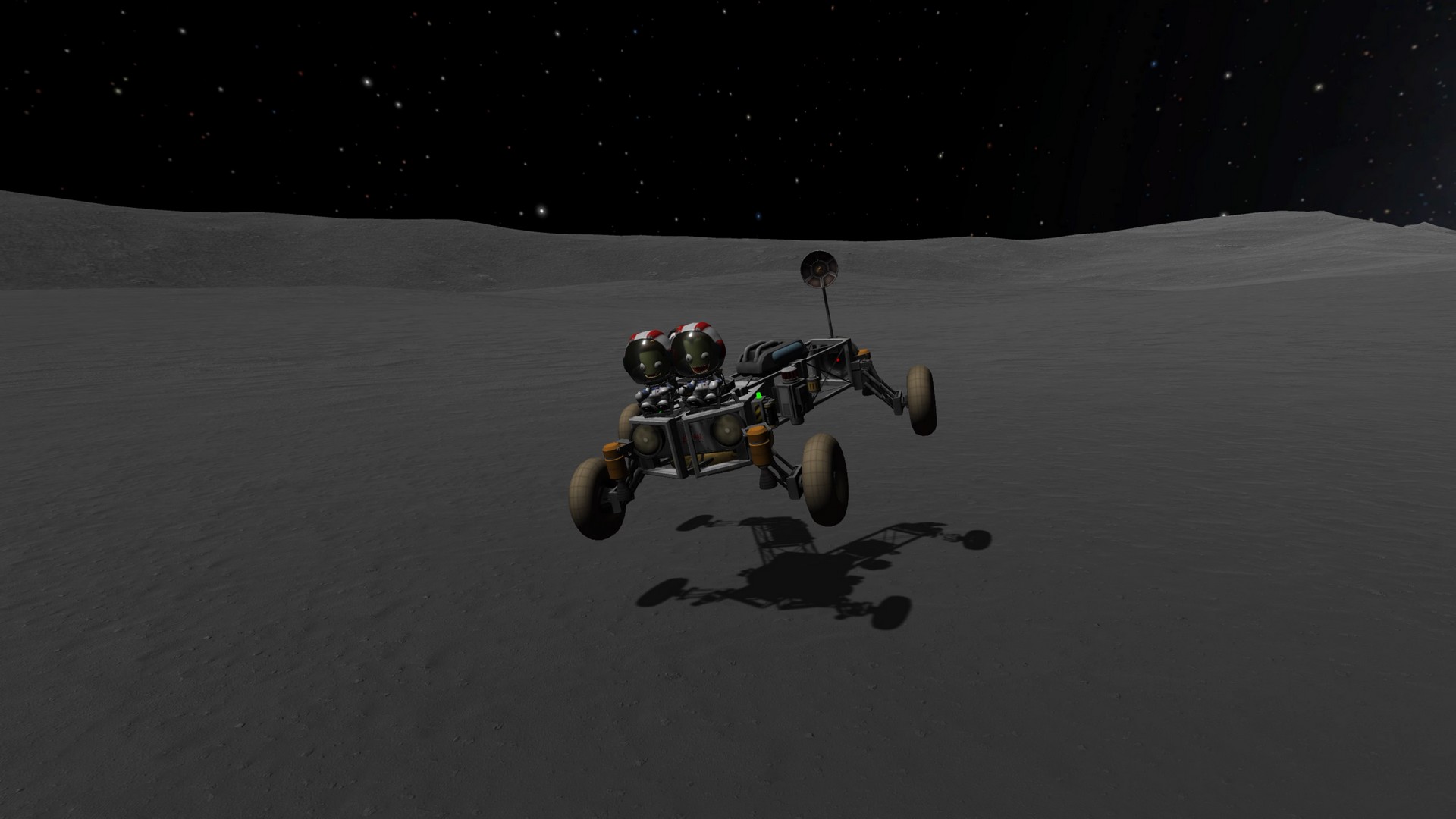 I have always been on the outside looking in when it comes to this incredible space program simulation. There have been literally 10 years’ worth of both fail and win montages on YouTube, with the former being the majority of my understanding of the game. It was time I rectified this and set out for the Career mode, and it was here I was tasked with managing both contracts issued by agencies that are designed to fund your ambitious goals. Initially, you will have a very limited set of parts to work with and simple missions of just creating a successful launch of the command pod.

I will admit I haven’t made it to the end game yet as it took me an uncomfortable amount of trial and error to even reach the moon. What I did learn, however, was that there is more than meets the eye, as there were so many components to making a cohesive space program run behind the scenes. Running Crew reports slowly evolve through unlocking science modules that offer options to take EVA reports and Surface samples. These were then used to boost your pool of parts to build more intricate vessels to travel further in space. It was a unique and often frustrating experience for me which could be a literal dream for someone else.

Trying to jump into what I thought would be a casual and fun experience, I was quickly grounded by the array of mathematical possibilities. Depending on your make up, you could experiment and tool away alone or you could do what I did and turn to the seasoned veterans of YouTube. Following a few step-by-step guides was way more helpful than the in-game tutorials, and these gave me the confidence to continue and revisit in the future. Many games fail at rising to the challenge of testing your limits and it was humbling to have been stumped yet exhilarating to reach orbit. 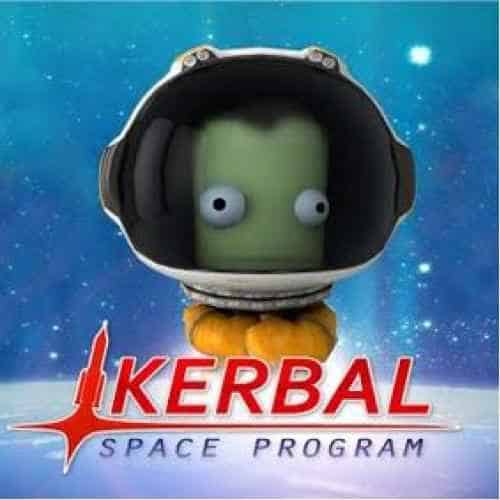