Killer Queen Black has made its way to Xbox and as an added bonus, has launched on Xbox Game Pass. Adapted from the original arcade game, Killer Queen Arcade, Liquid Bit provides a classic, multiplayer-only, arcade experience. Up to eight players can enjoy the fast-paced mayhem, both locally and online, with cross-play readily available.

The core gameplay of Killer Queen Black is a best of five, head-to-head battle between two teams of four. Where things get interesting is the three paths to victory model. Military, Economy or Snail victories are all up for grabs each round and will cause teams to constantly adjust their strategy on the fly. Basic controls keep the game flowing with minimal adjustments needed if you upgrade from a simple drone to a sword-wielding warrior.

It’s a novel concept and one which left me yelling with excitement more than once at watching a snail slowly make its way towards my team’s goal. Each team has a Queen bee which is the most important player on your team, if she dies too many times the round will end immediately. If a heated snail tug of war or straight-up combat isn’t your thing, then you can fill your hive with berries one by one as the worker drone for an economy victory. 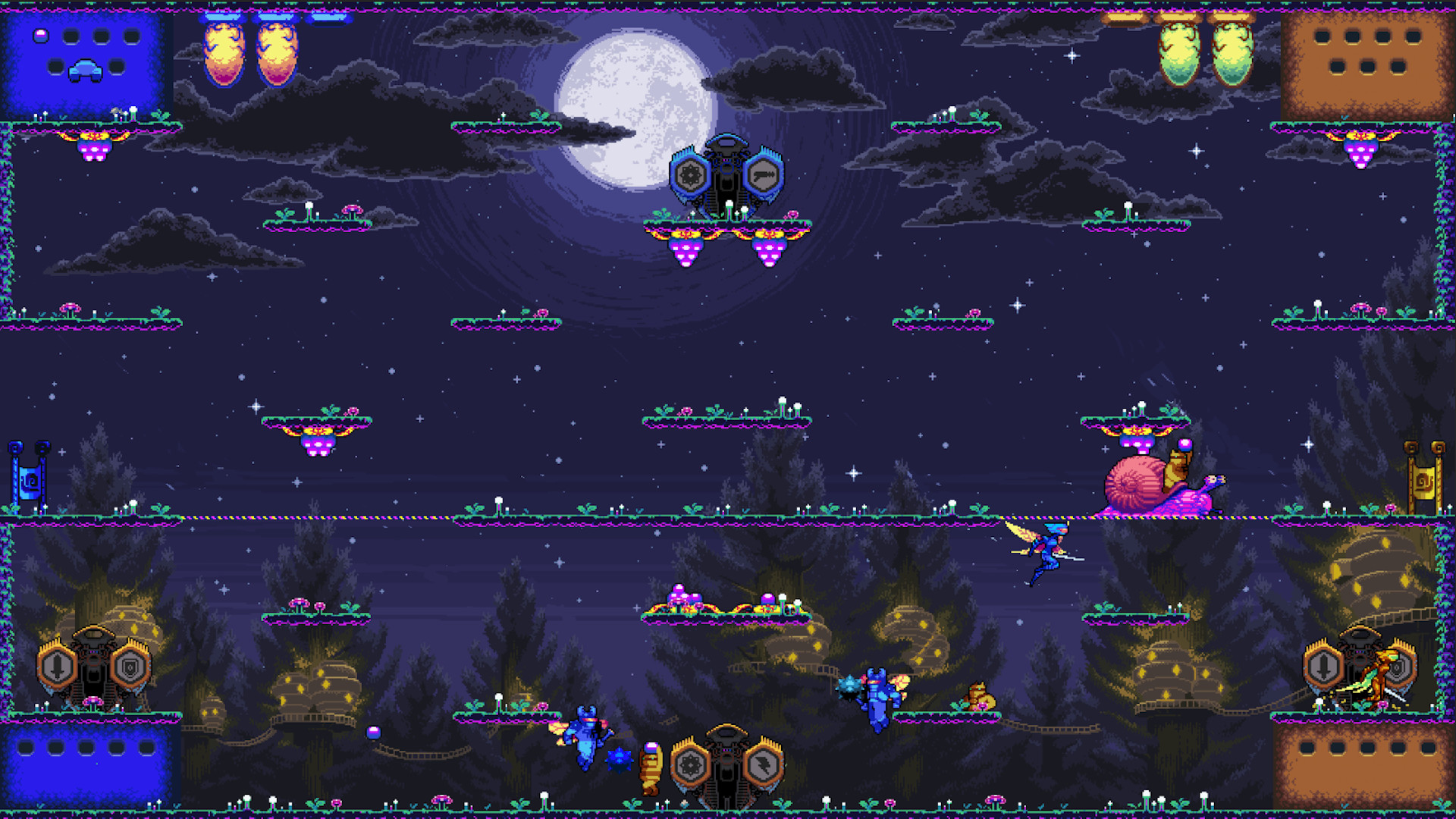 Visually, the pixel art is reminiscent of the 16-bit genre of old-school games of the 1990s. Vibrant backdrops are uniquely themed on each of the seven maps and are a standout feature. The conscious decision to use a limited colour palette helps to differentiate the players on screen and the platforms that they need to navigate.

Deep blue and vivid orange colours make the two teams’ stand out clearly, but with limited character models, it can still be easy to lose track of yourself among your teammates. The stage layouts are very basic but serves its purpose of providing an open playing field.

Liquid Bit is pushing for Killer Queen Black to be a strong Esports contender and really try to hype you up with its heavy hitting rock music. They hit a home run with the opening theme song as it makes you feel like you are ready to go to battle for your Queen. Electric guitar riffs cut throughout with each kill and at the end of each round. Outside of that, however, there isn’t constant background music during a match which seems strange compared to the pumping menus. 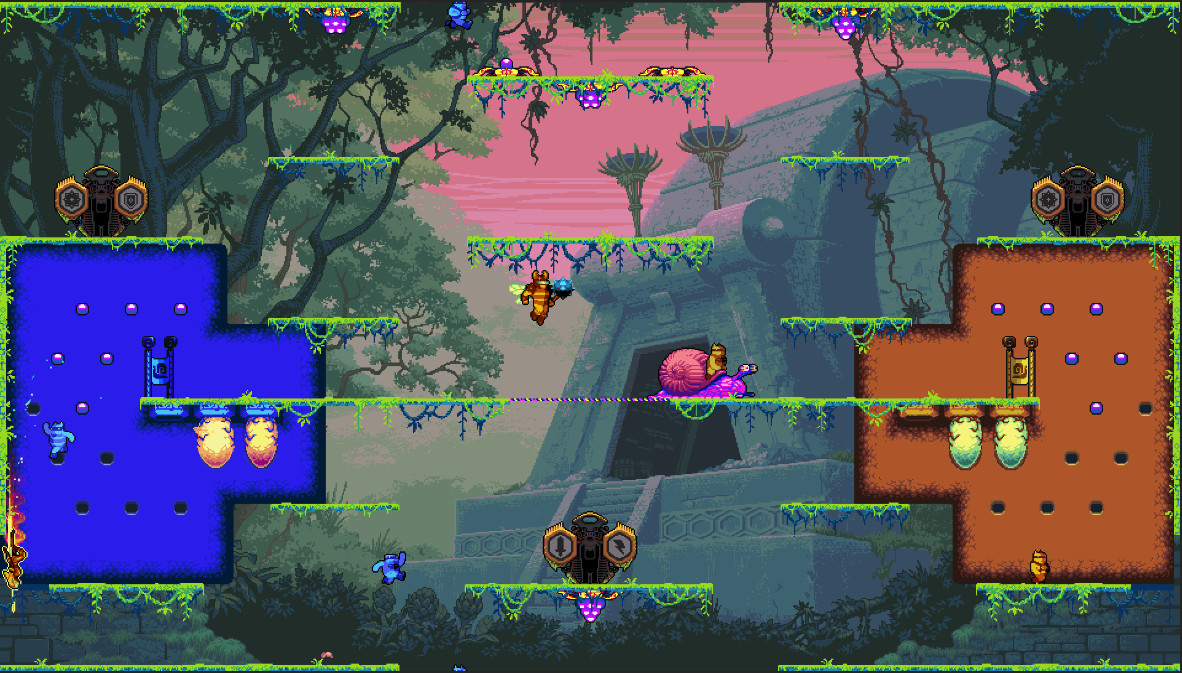 Overall, I had fun and I can see the appeal for the Esports scene, the game even has an option to live stream a random match, right from the menu. The online servers were stable for the most part and adding players on another platform is very straightforward.

Most matches that I played were half-filled with bots due to the low player count, but it is still early days for the Xbox scene. I would consider this game to only appeal to a niche market.

There is strictly only one mode, with the only variances being if you want to play in quick play or ranked matches. There doesn’t seem to be any plans to expand on the game either but in saying that Killer Queen Black knows exactly what it is, and I respect them for sticking to their guns. 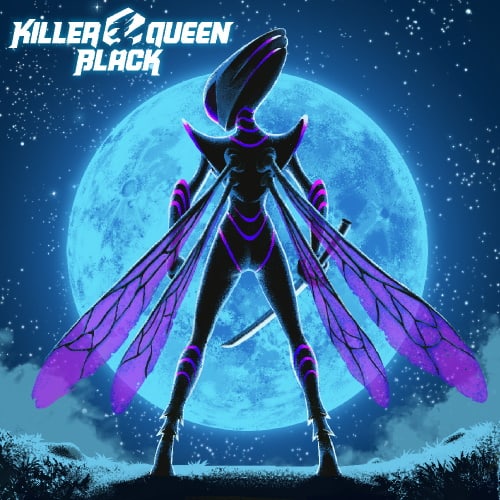 Fly solo, or team up with three of your friends as you race to complete one of three possible victory conditions. Killer Queen Black, a new take on the arcade eSport Killer Queen, has been rebuilt from the ground up and optimized for console. The gameplay is immediately recognizable and familiar, yet it introduces exciting new twists and online play for the home audience. Killer Queen Black is the follow up to Killer Queen that fans have been begging for.