Langrisser 1&2 is a tactical turn-based RPG set in a fantasy world, created by Masaya Games. Langrisser 1 has you controlling the main protagonist, Prince Ledin, as he goes on an epic quest to recover the stolen legendary sword, Langrisser, that this family has been protecting. As well this, he is tasked with stopping the rise of an ancient demonic evil, with some help from his trusted allies. Langrisser 2 has a similar story with a few tweaks as once again the world is threatened by dark forces that the protagonist, Elwin and his companions, must stop before it’s too late. The race to find the long forgotten Langrisser sword begins all over again.

Both of these games are pretty much identical in game play so what will be covered will apply to both. At the start of the game the ‘Goddess of Light’ will ask a series of questions that you will have to answer using one of three possible responses. After answering the questions, it will determine your stats for both Ledin and Elwin. You may end up a physically strong warrior, a sturdy defender or a powerful mage. If the outcome wasn’t what you were hoping for, you have the option to answer again for a different result which doesn’t change the story but gives you a different battle style to try out.

After the initial semi tutorial, I say semi because you don’t get a clear work through of the controls, but it is very easy to work out and in my opinion is more fun, as a tactical game trial and error is a good way to improve your strategical muscles. Before each chapter you are able to buy new gear that improves after every completed chapter/level. You can then equip or change gear around on your character as well as choose what two skills to have them use, which bumps up your stats or adds an area buff for your infantry and allies. This menu also allows you to spend the CP each character earns to gain a new class and if you really want to grind you can redo chapters and unlock every class to gain their benefits. You can also save your progress and look at the chapters you have already completed. Lastly, there is the deploy option that takes you to the next chapter and your next battle as you progress through the storyline. 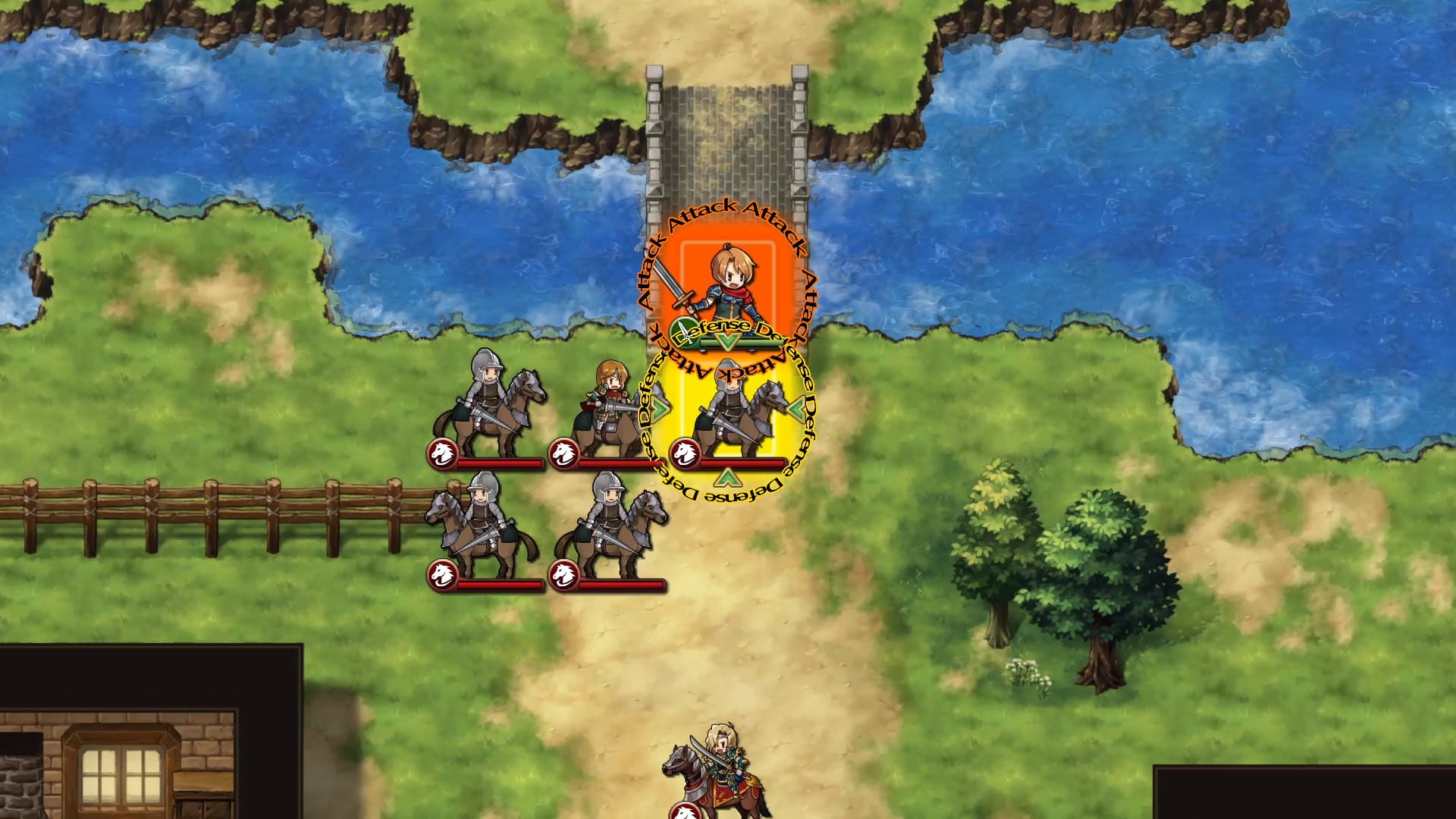 The battle system is pretty fun and I found myself really enjoying the simplicity of it. You start with an overview of the level; be it in a small town, a castle, in the wilderness or surrounded by water. You are given the option to hire your infantry that will give you different options when you improve your class. There are many different types of infantries including general soldiers, cavalry, marine based, flying type, ranged, magic users and holy types. These infantries also have multiple variations that again change as your class changes but once you unlock an infantry type you keep them even when you upgrade to a different class. You are also given the option to switch the position of your party and their soldiers with each other, depending on the strategy you want to use.

The stages are set up as a square grid and depending on your character, they can move a certain amount of squares each turn. What makes this different than most other games similar to this style that I have played is that once you move, the only option you have is to use standby, ending that character or infantries turn unless you are in direct melee or ranged distance to attack an enemy squad. Similarly, if you cast a spell or use an ability it ends that characters turn and you are not able to move. This makes it very important to choose your actions carefully as once you choose an option that’s it, no take backs, a mechanic that I found to be one of the best parts of battle. Another is the actual combat between squads that shows the two running in and clashing, as sparks fly, explosions ensue, there was just something satisfying about it.

The conditions of victory and defeat vary depending on each chapter as well as secret objectives that can alter the course of the story and gain you a different ending. This is probably the biggest difference between the two games; Langrisser 2 has a lot more optional and secret conditions that alter the storyline in huge ways compared to the first game. This allows for multiple run throughs which I enjoy as it adds replay quality. 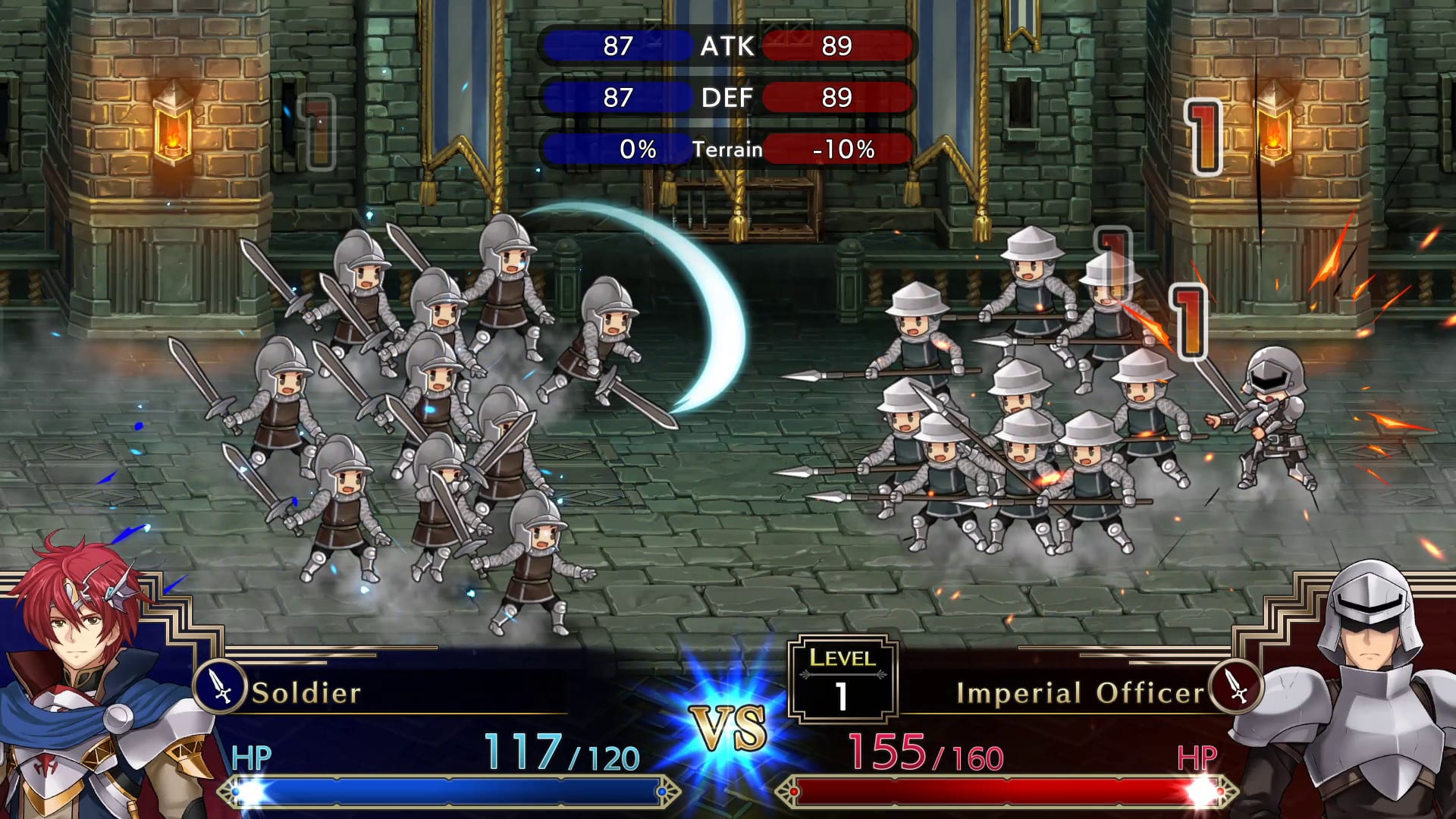 The art style is all 2D and has a very anime feel. I like anime, so I love the art of Langrisser, all the characters are unique in style even if they are of similar class. Though, in true anime style, all the female characters outfits don’t leave much to the imagination and had me questioning just how much defence they offered in battle, but hey fan service, I guess. The level art is very basic as well as the characters when in the levels akin to I want to say, the old Gameboy games, just more refined and detailed.

The music in the game is nice but nothing new standard. Fantasy game music in the battle scenes when two units clash is nice though, with the roars of battle and the clashing of weapons and sounds of explosions; it’s a nice touch and is one of the reasons I found it satisfying. All the spoken script is in Japanese with subtitles, which will annoy some people I’m sure but I watch enough anime that it didn’t bother me at all.

This bundle of both games is good and I’ve heard from fans of the Langrisser games that the later titles are not as good as the earlier ones but I have yet to try them, so I can’t really judge or compare these two to the rest. I can however say, I honestly don’t have any negatives to bring to your attention because everything I can think of, I know deep down, will make it too easy and therefore more boring and worse off as a game. Overall, I loved both of these games and highly recommend the dual game (as they come together, another good thing) to anyone that enjoys strategy battle games with a unique storyline. 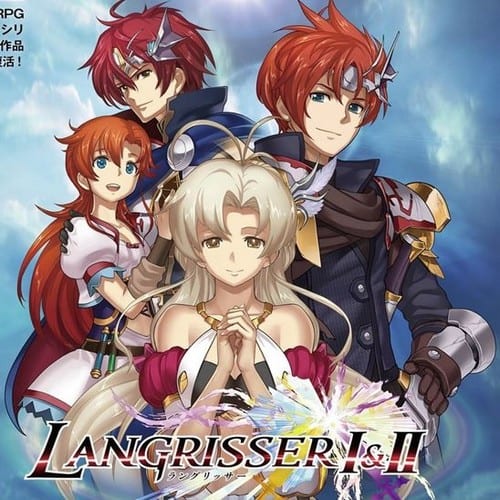 The battle between light and chaos comes to a head in this remake of legendary Strategy RPGs Langrisser I and Langrisser II.