Layers of Fear 2 is a psychological horror video game developed and published by Bloober Team who are the minds behind the first Layers of Fear and Observer.

I love anything to do with horror, especially gaming! Outlast 1 & 2, Friday the 13th, I even played Slenderman when it was released for the Xbox One with my headset on and the lights off… that’s something I ended up regretting.

When I received a text from the boss saying, “Hey, want a scary game?” I jumped at it and here we are ready to enter the Layers of Fear 2 review. As I sit down to enjoy this little thriller of a game, it starts by me being greeted by a melancholy sound of violins and piano, my excitement was starting to rise. After not giving the first Layer of Fear a proper play-through (I played it, but it was more of a rush-through-to-see-what-the-hype-is-about type play through), I was determined to give this one my undivided attention.

As the title screen music played, I excitedly pressed (A) to start my journey. Within seconds I met my character, a nameless actor who’s following a curious casting call. Do I talk? Nope! Do I have an inner monologue? Nope! Do I react to the scary goings on? Nope again! Not a peep. This killed it for me a little bit with not really being able to connect with my character, even breathing would have helped somewhat. While the story feels broken, going from your character to children stowing away on a boat, I got the feeling most of the focus was about them.

Without going to much into the story, I found it quite difficult to follow as you progress through the game. From the start I’m supposed to be acting out a movie with mannequins, but my character felt more of a 2nd fiddle as I make my way through the level. The level designs on the other hand are fantastic! Constantly changing within, a trip through a doorway from a bright colorful detailed cruise ship one minute then drab dreary grey and depressing the next. Never being able to pick when it was about to happen made my whole experience more amazing with how seamless it happened.

The controls are basically just four to five buttons. LT to zoom, which I only used maybe once while playing around with a periscope. RT is the go-to for picking up and collecting things on your journey, opening doors are accomplished with a push or pull on the right analog stick, depending which way the door goes. The scares in Layers of Fear 2 become predictable & will feel cheap for the most part with an object moving here or there, something falling off a table or a door slamming shut or bursting open. These scares almost reach the point where you are able to see and guess which was going to happen next. In saying that, some scares caught me which made me push forward into the game solving the not-too-difficult puzzles.

Death appeared to be a one touch kill from a creature that stalked me now and again in each act, never really knowing or learning what it is.

After my run with Layers of Fear 2, I can’t helped but feel a little let down with my experience. Exploring and investigating my way through the story just felt disconnected with the character as I said earlier. In saying that, you may have a different experience then I did but for me I need actual jump scares and less predictably. 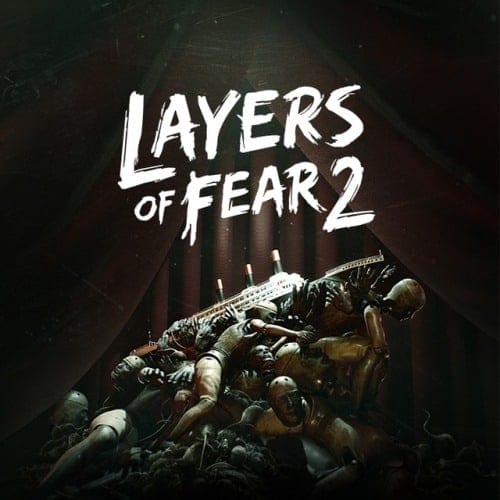 Layers of Fear 2 is a first-person psychological horror game with an emphasis on exploration and story. Players control a Hollywood actor who heeds the call of an enigmatic director to take on the lead role in a film shot aboard an ocean liner. Beware, for all may not truly be what it seems.