Legend of Keepers: Prologue is a tactical, dungeon management, side scroller, turned based game with a hint of RPG elements where you actually play as the bad guys! Developed and published by Goblinz Studios, Legend of Keepers brings a fun and polished game where you’re the boss of the ‘Dungeons Defending Department’ and need to protect the company’s treasures and assets against those… pesky heroes!

This only being a free prologue, I found it a perfect reflection on what the full game will entail. Even with the game as a prequel, you end up getting more bang than buck, a rare occurrence nowadays, with a huge amount of content and fun. As you would expect it’s always certainly fun to flip tradition and be cast in the antagonist’s position. A very unique and quirky take on traditional storytelling that I appreciated.

As stated, the premise or story is simple: you oversee a dungeon’s defences through a series of rooms, each having a number of choices to defend the dungeon from various traps, spells and monsters. But the choices on how you manage your dungeon is what makes the game really interesting. Within the game the play is broken down into three stages; one being the setting up the dungeon, the other being the actual defence and turned based defence against the hero’s stage of the game, and one being the actual management stage. Each stage has multiple choices but all choices need to be carefully considered. 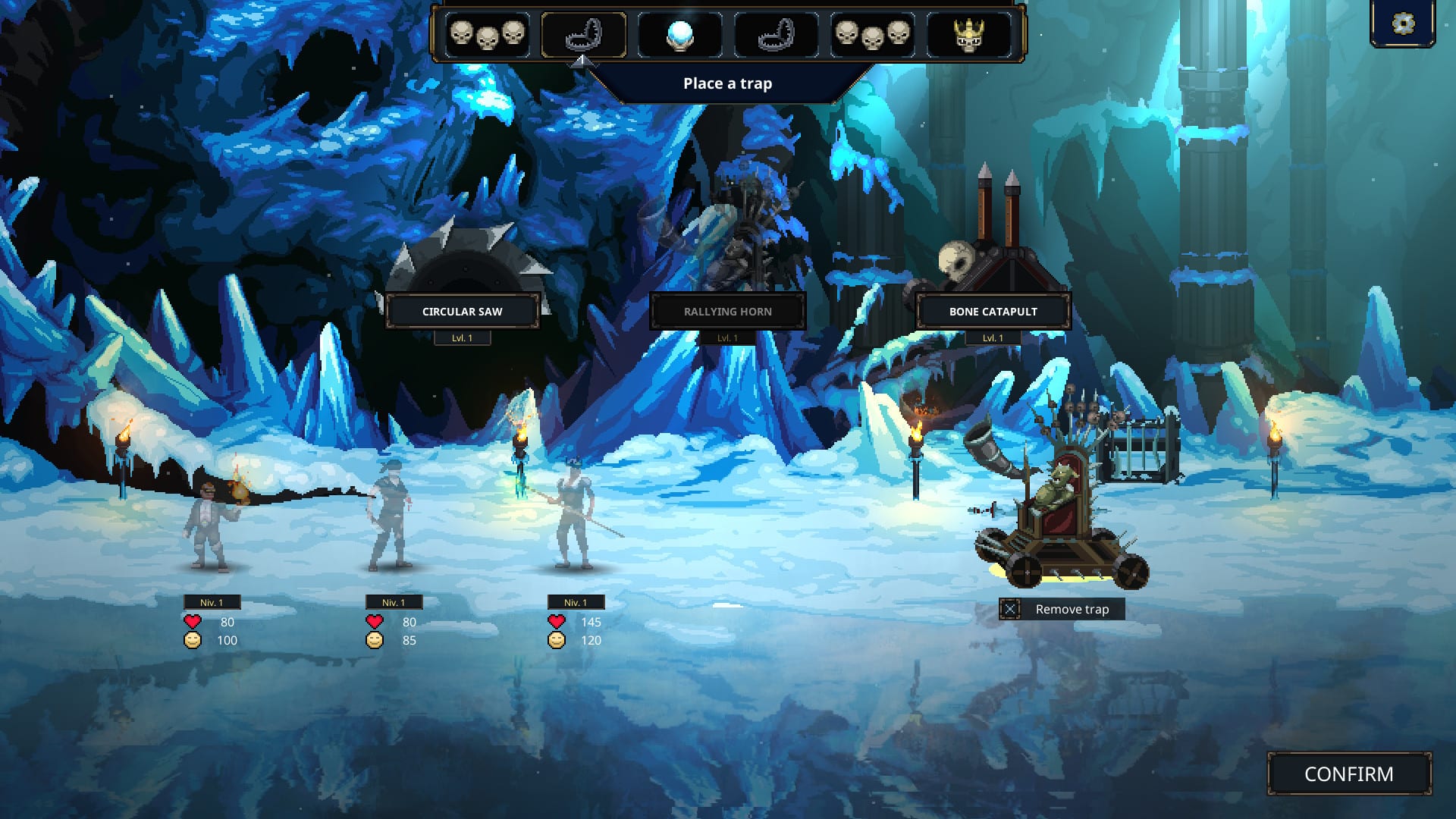 As all heroes will not all be alike and all choices need to be carefully chosen,whether it be to upgrade a trap/monster or to send your monsters to pillage a town to get more gold or acquire more allies. All aspects have to be considered to improve your defence against those pesky heroes.

When starting out, you have only one choice of your dungeon master which will be your final defence against the heroes, but more can be unlocked, the same with monsters and traps. Some can be acquired through merchants but also can be acquired with the ‘Pillage’ option. The variety of all their unique abilities and strengths is a refreshing homage to role playing management.

I do want to state even though the game is free, there is a choice to acquire the Supporters Pack that I highly recommend. This gives you the ‘The Dryad Mistress’, a very special master that unleashes the strength of nature and supplies the user with The Aztec theme which is considered a classic theme in any dungeon setting.

Gameplay wise, the controls are a simple point and click, with multiple choices on what action and management path to take. In-game combat gameplay is fluid and fast, even for a turned based game. When in the management phase of the game, all options are carefully explained with a tutorial (even though it was very quick) that explains enough for you to get straight into the nitty gritty. 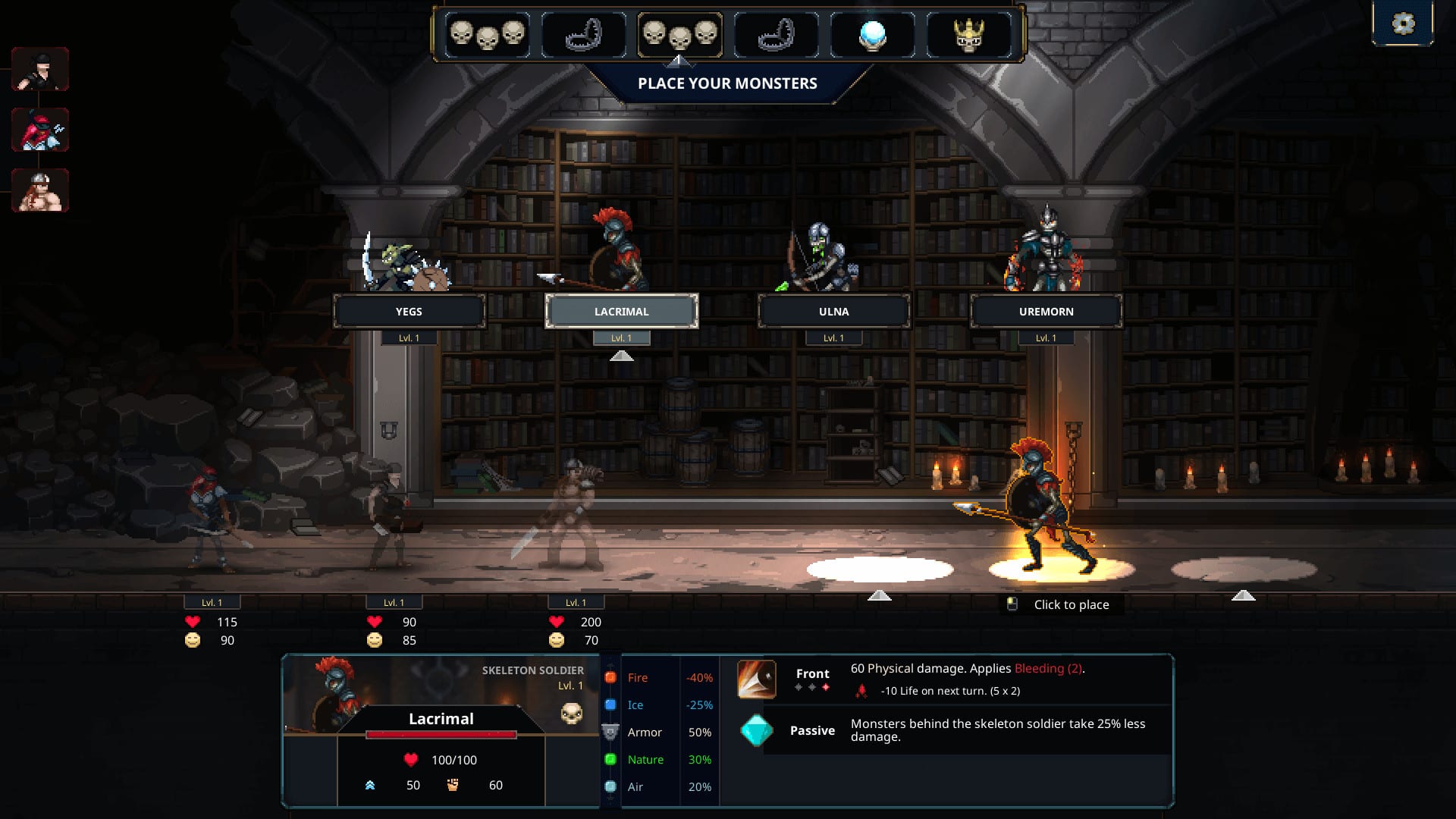 One beautiful aspect of the game is the graphics and art style, with it’s unique animation for each of the heroes and monsters and I particularly enjoyed the animation for the monsters for their various attacks. I did notice a modding option which will be a very interesting aspect in the future for any dungeon master and in what capacity will future modding be available? I don’t know, but putting in custom monsters and traps would be an amazing aspect to possibly have, as well as being able to have more customisation to the dungeons. What I would like to see included is the ability to change the order in which the traps and monsters attack, rather than stick with the set order. The future is looking bright for this title.

Overall, Legends of Keepers reminds me of being a dungeon master in a DnD game, with all the fun and choices to really destroy those self righteous heroes and show them that the heroes do not always win the day! Dungeon Masters and monsters gotta do their job too! Legends of Keepers really brings me back to the classic dungeon keeper games of old and others like them, with its beautiful art style and gameplay, I do look forward to what is to come for this well developing title. 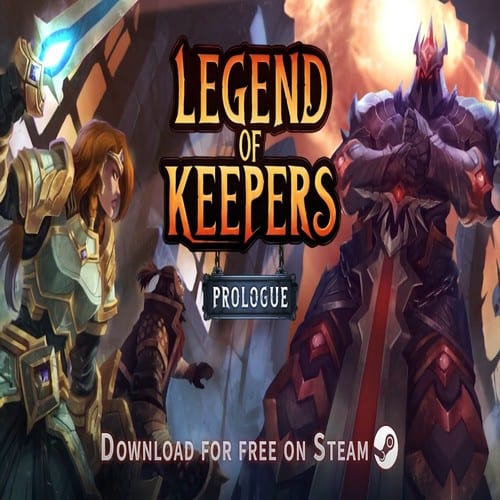 You have been hired as a dungeon master by the Dungeons Company. Your job is simple: Protect their dungeons! Legend of Keepers: Prologue is a playable alpha that will help you get familiar with the game mechanics.