Every time I fire up one of these LEGO Games, the souls of my feet start to hurt. My youngest child loves Lego with a passion, and it is true that I should have prepared for this by walking 4 kilometers a day, barefoot on a river of LEGO to be ready for many years of LEGO spread throughout my house. The LEGO games are a favorite for my son and also, a favorite of mine.

LEGO Jurassic World has been out for some time now (4 years in fact) on just about every gaming platform except for Nintendo Switch. Jurassic World made its way to the Switch on 17 September this year as what can only be described as a perfect port. 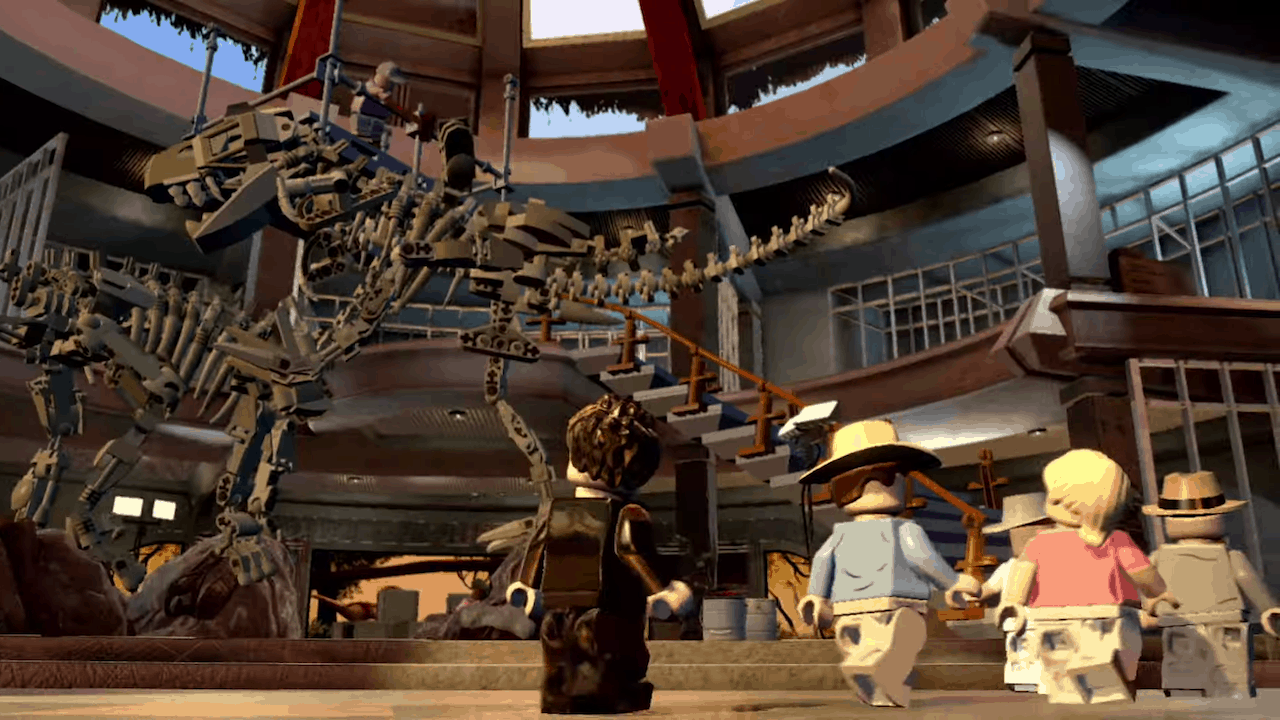 LEGO Jurassic World is set over all four films. Each game is not an entire film, but instead the most well-known moments that are made up of five chapters. Each game takes roughly two and a half hours depending on if you’re storming through the game or if you are attempting to get as many collectibles as possible whilst playing.

Playing a LEGO game is simple. Play the story mode and once you complete each chapter, you then unlock a free roam for said chapter. There is no online multiplayer in Jurassic World, the closest is CO-OP with a friend. CO-OP works really well, but the only thing I wasn’t too over the moon about was its vertical split screen. This is standard for LEGO games however; an option to make it horizontal wouldn’t go astray. The only other option is to make it so it’s technically split screen (per se) but as each player moves around so does the split screen, it’s rather confusing to explain and somewhat confusing to play at times.

I would like to add that some scenes in the films are in the games but don’t play out the same. Who doesn’t remember that lawyer who gets snapped up off a toilet by a cranky T-Rex? LEGO Jurassic World is a “death free” zone and scenes such as this are omitted to keep the game child friendly. 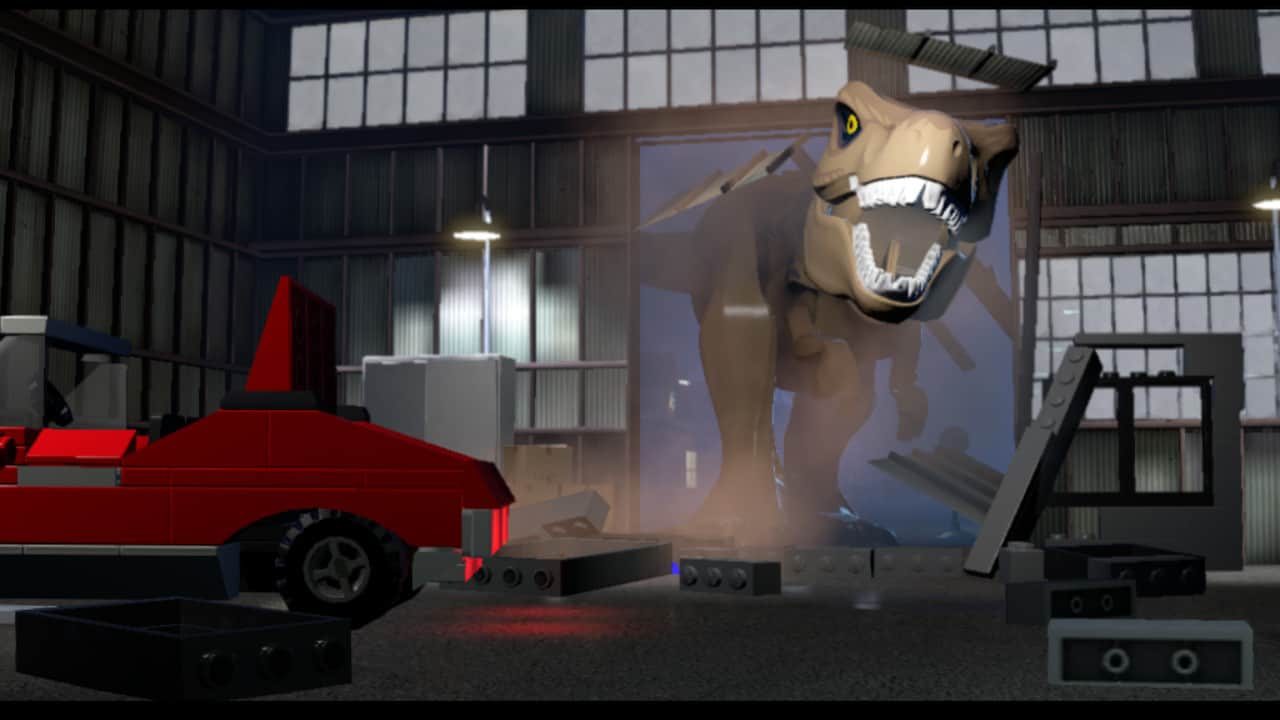 That said, it doesn’t take away from the films in any way If you’re playing the story mode, it’s just a matter of playing through the story and on your way picking up LEGO “nuts” and smashing almost anything. There’s so much to do from collecting gold and red blocks that are hidden away to even healing sick dinosaurs.

Other neat things to do are races and taking photos. Collecting nuts is essential when playing LEGO games as this is the games’ currency for buying characters, dinosaurs and vehicles. As there are so many of each, it might take a while to collect them all if you’re not collecting as many nuts as possible. The great thing is that anything that can be done in story mode, can be done in free roam. If you miss out on anything such as blocks, mini-kits, races or workers in peril; don’t stress, free roam is a great way to finishing up the game.

I’m crazy when it comes to getting collectibles in any game and even more so when it’s a LEGO game. I’ve put around seventeen hours and only ten are for all the story modes. Keeping track of what you have and not collected is just a matter of going into the map of which ever island you want to check out. From there, you can easily see the different icons and set way points to them. 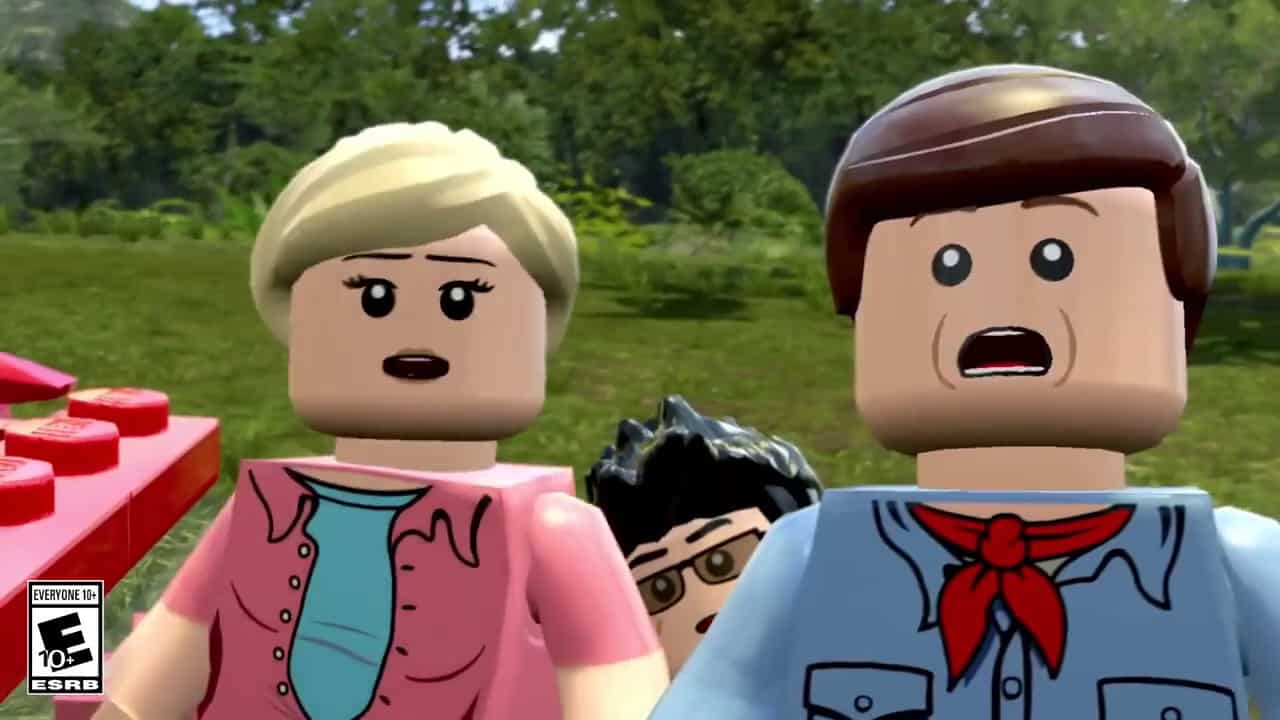 LEGO have always put their own comedic spin on the movie-based games they have produced, and Jurassic World is no different. The game is filled with Easter eggs for those that are lucky enough to notice. Some subtle whilst others are smack bang in your face. Some I encountered were Back to the Future and E.T. where you see Elliott and E.T. flying across in front of the moon on a BMX bike.

Other LEGO humour that I have seen in my time playing were baby dinosaurs playing with human baby toys. Even the way they react to certain situations put a smile on your face. At the end of one film, the dinosaurs are on the beach with the suitcases just hoping they might be able to leave as well. Then for some reason at random a LEGO pig would pop out of nowhere.

LEGO games, regardless of the platform you play them on, always look fantastic. The Switch version of Jurassic World looks flawless in both docked and handheld mode. I have never been much of a fan of the Switch controllers, besides feeling small and flimsy, many games just felt hard to control when compared to their console counterparts. This is easily fixed by using a Pro controller, but in handheld mode, I don’t use a Pro controller. The upside is that the Jurassic World controls are just as good whether you are using a Pro controller or not. Thank the heavens! 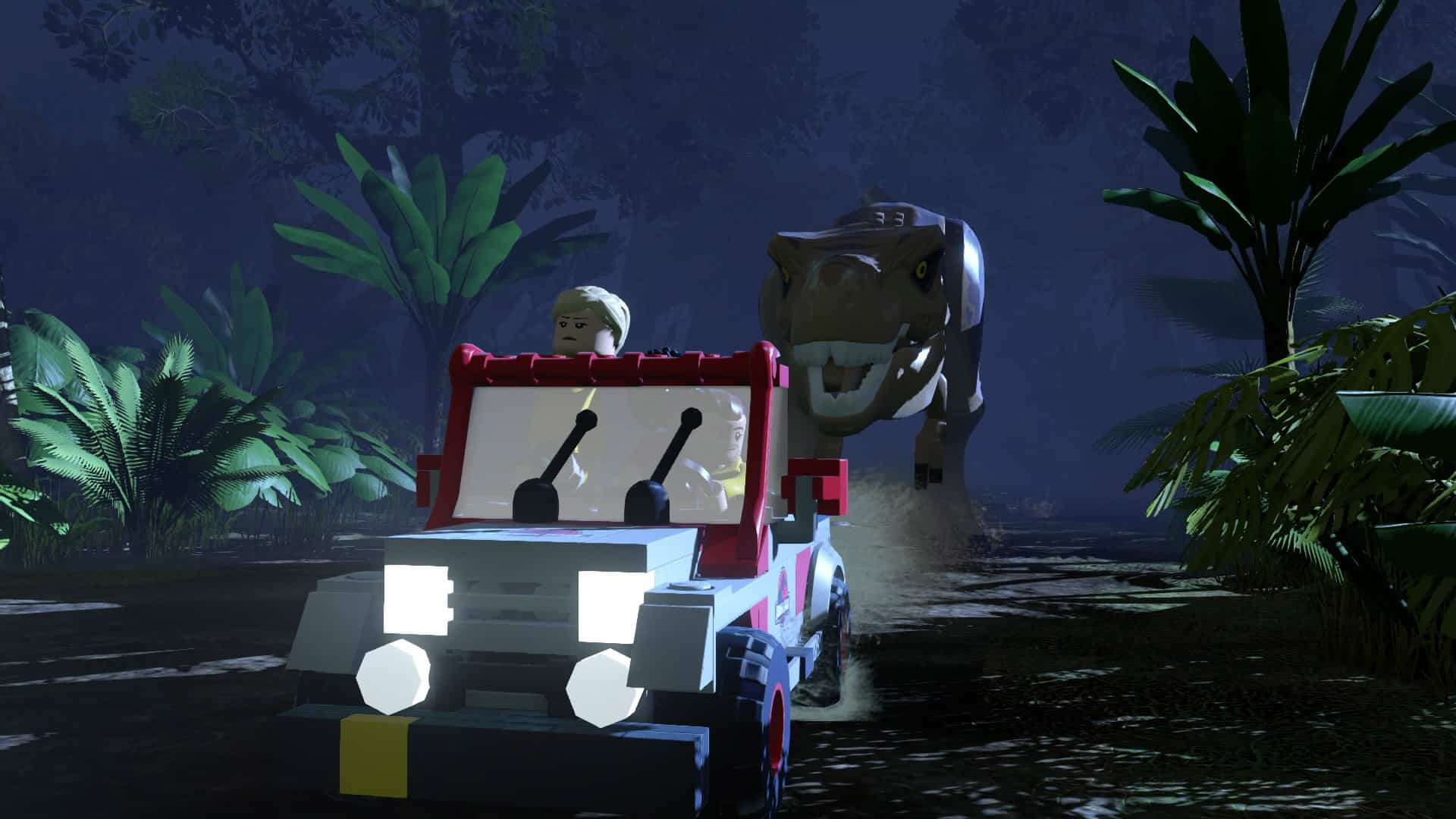 LEGO titles always have a high replay value and Jurassic World is no different. With a variety of things to do it’s a worthwhile purchase. A mix of puzzles combined with running for your life from a huge dinosaur and having such a vast array of characters that all have their own specific abilities, really mixes it up.

If you enjoyed the films, this game is sure to rekindle the memories of the said films and as a public service announcement, be prepared to spend hours playing and finding it hard to remove yourself away from it. 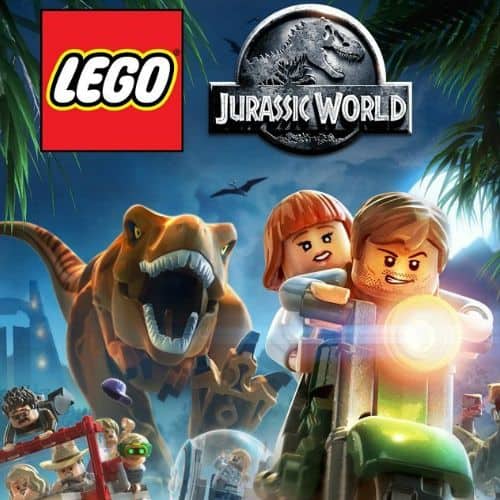